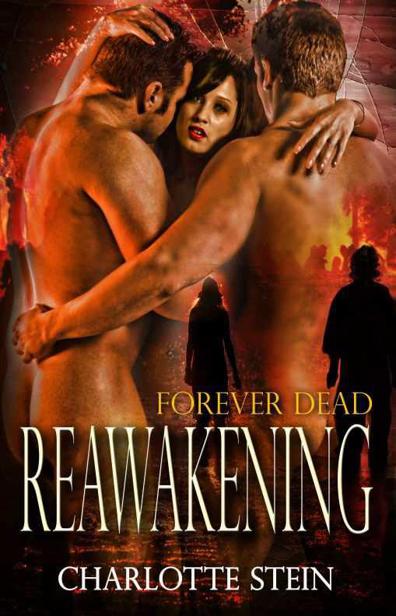 To the movie 28 Days Later, for haunting my every waking and sleeping moment. And to my editor, for believing in me when I didn’t.

And if Jamie hadn’t shot Kelsey—right as she was still screaming, and begging for help—she’d be one of them, now. That’s what happened. Once they bit you or bled on you or hell,
spat
on you, you had maybe thirty seconds.

She needed to stop, just stop for a second. Lean against something and catch her breath. But Jamie had somehow led them into this building and he just kept running and running—only
up
instead of
out
.

June didn’t even know if Jamie was really his name, or if he was leading them right into a dead end. But he kept going, none-the-less.

She could hear the hordes, busting through the door below. He’d barred it, but they were coming in anyway, to this place that was an almost total deathtrap. The staircase was narrow and blanketed in darkness, one winding section after the next. Even if she dared to pause and look over the railing, she wouldn’t be able to see them until they were almost on her.

“Jamie,
wait
!” she shouted, but not because things would be easier if he had hold of her hand or was there to comfort her in this dire hour of need. She’d made it this far, on her own.

Or at least, she’d made it this far, with Kelsey.

No, it was just that—if he kept going, eventually they’d be trapped, on the roof. And she couldn’t have that. That was one of her and Kelsey’s rules—don’t run to someplace with only one exit.

Only it was just
her
rule, now. This guy, this Jamie…he didn’t seem to have any rules. He’d decided to run to the roof of a twenty story building then potentially wait outside until the hordes pushed through a probably very flimsy fire door.

Kelsey had said to her. She had said—
wait. He’s as crazy as they are. A safe island? He’s nuts. We can’t go with him. He’s probably an insane apocalypse rapist.

And she’d been right, God help her. Maybe not about the insane apocalypse rapist part, but even so and besides—there was still time for that. He could be anyone, be into anything. He could have planned this all along…Kelsey’s death, the run to the roof…hell, maybe he had a whole party of insane assholes up there, just waiting to do horrible things to her.

Even if that was as nuts as he now seemed. Why would he trap himself on the roof, just to have a little fun with her? Nothing in her head was functioning in quite the way it should. Connections had been lost. Wiring had come loose.

She still called out to him again, when they got to the level before the last one. Her voice came out hoarse and breathless, burning lungs making everything difficult, Kelsey in her mind making everything worse. But somehow the words emerged.

“Jamie,
stop
. Take the nineteenth floor exit, okay—we can go back down on the other side of the building—answer me,
fuck!
”

He did, then. She heard him call out over her own shrieking breaths, the pounding of her sneakers on stone, and the sounds of the once-were-people below, slathering and barking like animals.

There were two cracks, like he’d fired her gun into the stairwell. Though she couldn’t see where he was shooting or at what. Then—

“Just keep following me, June-bug—come on!”

Only it sounded more like
come own
, because of the Texan twang Kelsey had sworn up and down was fake. And he’d called her June-bug again, because he was crazy, he was crazy, oh dear Lord he was probably leading them to their deaths.

This was all just some final mad hurrah. He was suicidal, and this was how he wanted to go out. Death by stairs or death by zombies—because they were zombies, no matter how much she tried to pretend otherwise—or even worse, death by roof.

Was that what he was going to do? Hurl himself off? Plummet to his untimely end? She didn’t know. All she could really think about was how close the first ravening cannibal was getting, and how unfit she really was. She’d started believing all the cardio was really beginning to pay off, but as it turned out, eighteen flights of stairs and she was out for the count. Her heart clawed at her ribcage. Her thigh muscles screamed and screamed.

While her zombie pals kept coming and coming, as though the stairs were nothing, really. Why, leaping up eighteen flights was like a morning stroll to them! They could have climbed these stairs forever and still had the wherewithal to eat her innards, once they got their claw-like hands on her.

She hit the fire door to the roof just as one of said claw-like hands brushed the back of her shirt.

It made everything inside her leap, including the heart she’d thought had escaped. Whenever they got really close—
that
was when you realized just how terrible they were. How awful the world had become. How much it wasn’t like a movie at all, but like a constant and unbearable pressure against your sanity, always threatening to make you go over.

She felt like going over, when the door wouldn’t close on them. For a second of pushing and heaving with their hands coming through and all over her, her mind tried to fly away. It told her to start screaming uncontrollably, while clawing at herself—that doing so would really be her best bet. No more running constantly. No more pain over Kelsey—and before Kelsey, Joanne and Pat and the old lady whose name she never learned.

Just peace, finally. One moment of agony, then peace.

Only it wouldn’t be, would it? No, it wouldn’t be. If she stopped pushing at the door and jamming it at them and just God, let the door snap their arms, let it crush them, let it kill them all forever, if she stopped…they’d turn her into one of them. And no matter how much she tried to let it hurt her that Jamie had pointed the gun and shot Kelsey between the eyes, it didn’t. It couldn’t.

Being one of them was worse. After all, it could have been that they’d caught a disease. It might have been that they were infected with something—like in 28 Days Later, rather than Night of the Living Dead. But part of her wondered whenever she stared into their hollow, ink-black eyes, if they’d simply lost their souls.

He looked like it. The one who’d managed to squeeze his mottled face into the crack she was struggling to close in the door. He had no pupils, no irises, no whites to his eyes. It was all just blackness, empty and weirdly unseeing, as though they operated on no more than a bloodlust now. Like upright land sharks roaming the land, blindly searching out prey.

She wrenched the door from him for just an instant then
smashed
it back into his face. It was a risky move, but oh so worth it. Worth it for the satisfaction, worth it for Kelsey, worth it for everything these things had taken from everyone. People’s souls hadn’t left. These things had
stolen
them.

And when it slithered away and the door quite abruptly shut, the idea didn’t go with it. It stayed, and festered—so much so that she wanted to open the door for one mad moment, just to smash it back in their faces again, and again, and again.

She wanted to, but Jamie was calling to her. And other sounds were starting to flood through her now, too, other big, big sounds that she should have noticed ages ago.

At first she thought it was some kind of weapon. That he’d found a chainsaw or a pneumatic drill or a wood chipper. Something he’d known was up here all along for them to use against the enemy.

But then the wind whipped up and she turned to see something far more incredible than a zombie eating wood chipper. It was so incredible that she forgot the zombies battering on the fire door, for a second. They’d bust through it soon enough because although they couldn’t figure out handles, the sheer pressure of them would figure out the release bar.

Though it didn’t seem to matter. For the first time in these two years of hell, it didn’t matter. She found herself laughing out loud, high and probably hysterical.

Jamie had only gone and gotten himself a helicopter. And not only that, but he apparently knew how to
fly
a helicopter. The rotors were going. They were kicking up the fine gravel that lined the roof of whatever building this was, and he was yelling to her—

She thought of him talking about the island. About his buddy who was waiting for them. How they’d just wanted to find survivors, and populate their safe haven, and how crazy that had sounded when he first started yakking about it.

Then she ran to him.

She snapped awake in utter darkness, one thing ringing out loud and clear in her head—she hadn’t washed off the blood. She hadn’t washed off the blood. It was one of their rules—her and Kelsey’s rules—but now Kelsey was dead and the rules had already fallen by the wayside. She was going to turn into one of them because in the night, her arm had accidentally brushed her mouth or her ear or any other orifice that might let the virus in.

And, of course, she could have claimed that grief made her do it, but really there was no good excuse. None at all. She’d fallen asleep with blood on her arm, in an unfamiliar place, with two probable maniacs wandering around.

Or you know. Two maniacs
right next to her
.

The realization immediately made her freeze in position, the offending blood stained arm still raised away from her. It was the only move she’d made, and now she couldn’t make another one because they’d hear her. They’d feel her. Him and that other one—the big one with the dirty blond hair and the sly face.

He’d sat her down on the couch in the living room—on plastic, naturally—and said reassuring things. Stuff about how he was going to get her a glass of water, and so on and so forth. But who knew if that was the truth? Maybe “get a glass of water” was code for we’re going to bash your head in with a brick.

A Season for Love by Heather Graham
Seed by Lisa Heathfield
Taking the Reins (Roped and Wrangled) by Murray, Kat
Cover Shot (A Headlines in High Heels Mystery Book 5) by LynDee Walker
Bound to You by Bethany Kane
Mrs. Bennet Has Her Say by Jane Juska
MAKE ME A MATCH (Running Wild) by hutchinson, bobby
Tomorrow-Land by Joseph Tirella
HMS Aphrodite (Sea Command Book 1) by Richard Testrake
The India Fan by Victoria Holt