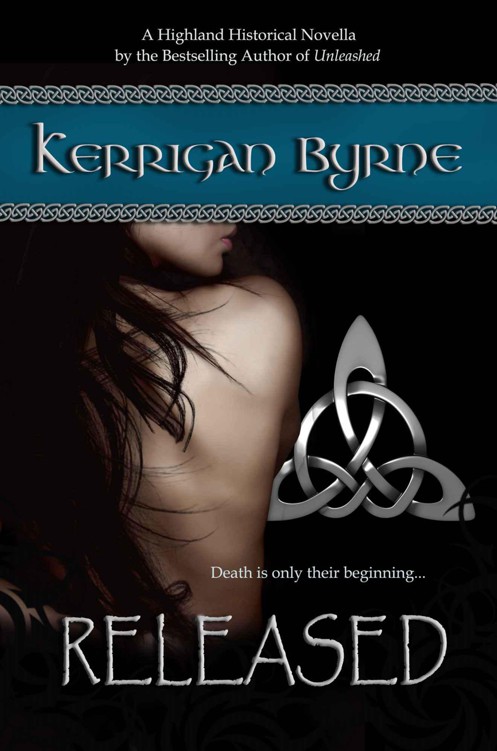 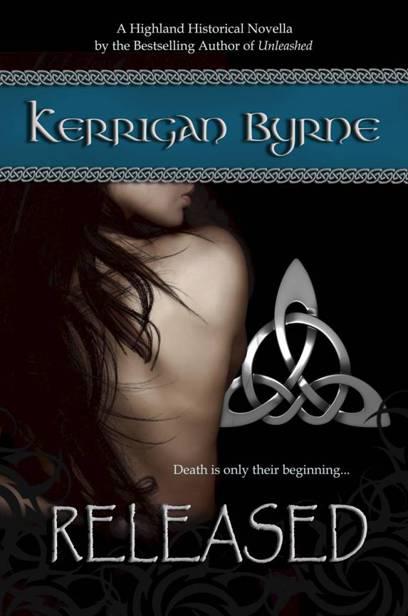 This ebook is licensed for your personal enjoyment only. This ebook may not be re-sold or given away to other people. If you would like to share this book with another person, please purchase an additional copy for each recipient. If you're reading this book and did not purchase it, or it was not purchased for your use only, then please purchase your own copy. The ebook contained herein constitutes a copyrighted work and may not be reproduced, transmitted, down-loaded, or stored in or introduced into an information storage and retrieval system in any form or by any means, whether electronic or mechanical, now known or hereinafter invented, without the express written permission of the copyright owner, except in the case of brief quotation embodied in critical articles and reviews.  Thank you for respecting the hard work of this author.

This ebook is a work of fiction. The names, characters, places, and incidents are products of the writer's imagination or have been used fictitiously and are not to be construed as real. Any resemblance to persons, living or dead, actual events, locales or organizations is entirely coincidental.

To the Writers of Imminent Death, The Three Musketeers and D'artagnan. Thanks for being the biggest and best characters in my life.

If she could muster the courage, she’d burn him alive.

Katriona MacKay floated across one of Dun Keep’s bedchamber floors.  She’d waited this long, she could wait until he awoke to kill him.

For untold months she had haunted the ashes of the washhouse with her sisters, keeping soft and helpless vigil at their mother’s side as her burns blistered, bled, infected, healed, and then turned to painful scars.  As they kept watch, their anger and despair became hotter than the flames in which they’d met their death.

Katriona’s lips twisted at the sight of Rory MacKay, youngest of the Chieftain’s family.  How dare he linger in his father’s well-appointed keep, reaping the benefits of MacKay brutality while his clan starved and his crops wilted?

His chamber was warm and dry with thick, new furs on the large bed and sturdy, dark wood furniture like the desk he currently occupied.

Katriona snarled as she approached him.  The lazy bastard propped his head against a fist and the back of his chair, full lips slightly parted in deep repose.  In his lax hand, a quill bled black ink onto a large ledger volume.  The circles beneath his eyes were likely from drink rather than exhaustion.  His ledger must be a work of fiction, and padded with unfair taxes.

Objectively, Katriona calculated the markedly vast physical differences between Rory and his older twin Angus.  Rory outweighed Angus by a few stone, at least.  Also Rory’s square jaw, bronze hair, and high cheekbones branded him a McCrimmon, like his mother, whereas Angus, Laird of the MacKay clan and his son, Angus the younger, had long, cruel features, dirty red hair, and bad teeth.

Watching the firelight play across his strong face, Katriona knew that Rory had not been there with his twin the night she and her sisters had died.  She would have remembered his handsome face.  Even so, she’d found his cursed blood with her magic and before this night was through, he’d be begging for his own life, as she’d begged for hers.

She’d pierce his ears with her cry before she ripped his soul from his body and send it straight to hell.  Justice would be a sweet victory she could take to her mother, and perhaps then, she and her sisters could finally rest.

Katriona shrank into the shadows as a gangly teen with knobby knees sprouting from beneath his kilt burst into the room.  He waved a missive with a broken seal above his wild brown hair.

Rory leapt from his desk and drew his sword, pointing it at the boy’s eye with unerring accuracy.

The lad skidded to a halt mere inches from the lethal point and both men stood for a moment, their chests heaving.

Rory lowered his sword and ran a hand over his face.  “Forgive me, Baird, I must have drifted off.”

“It’s all right. Angus would have cut me for certain.”  The boy tapped a finger to a scar stretching from his chin to his ear.

A muscle twitched in Rory’s braw neck.  “What brings ye?”

“This.”  Baird shoved the letter to him.  “I canna read, but Lorne told me it was important.  A messenger arrived with it not five minutes ago.  He’s waiting in the hall for yer response.”

Rory took the paper and quickly scanned the missive.  “Fucking Lowlanders.”  He crumpled the note and tossed into the fire.

“What is it, Laird?”  Baird’s voice cracked on the question.

Rory glared into the flames, his fist clenching tight on his sword.

Katriona frowned.  ‘Twas the second time the boy had called Rory
Laird.
Yet he was merely the youngest son of the current Laird, Angus.  Perhaps they bestowed upon him the honorary title while his brother and father were off terrorizing the Highlands?

“Laird Fraser said he wouldna make the journey until spring.”  Rory slid his sword back to its scabbard.  “Tis only Candlemas.”

Katriona found herself momentarily distracted by the play of torchlight and shadow across the muscles of his back.

“According to the missive, he’ll be here as soon as tomorrow.”

“But isna that good news?  He’ll bring yer betrothed, Lady Kathryn, with him, along with her dowry."

Rory’s face darkened from exhausted to irate.  “Aye.  But look around ye lad, we’re not ready to host one of the richest men in Scotland.”

It didn’t matter.  Katriona’s lips cracked into a wicked smile.  After tonight, the Fraser and his poor daughter, Kathryn, would arrive in time to attend Rory’s funeral.  And, if her sisters had any luck, they could mourn the deaths of all three worthless MacKay nobles.

“I’ll get Lorne to rouse the house, Laird, we’ll work through the night to ready yer keep.  We’ll do whatever it takes.”

Katriona’s stomach twisted at the loyal veneration in the young lad’s eyes.  Didn’t he understand the evil this man and his family wrought upon their clan?

“I thank ye, Baird.”  Rory’s eyes gentled. “And tell yer brother to give the messenger our Highland hospitality.  I’ll be down to help in a moment.”

“Right away.”  Baird sprang for the door, but paused with his hand on the knob. “There’s—one other thing,” he said, with obvious reluctance.

“Aye?”  Rory lifted his eyes to the ceiling as though praying for strength.

“Some of the men want to go after the washer woman.  Everyone’s saying she’s a witch.  That she killed her own girls in that fire and deserves to burn.”

Don’t you bloody dare.
Katriona thought, her heart pounding as she fought a surge of her deadly magic.  She couldn’t kill the innocent.  She had to wait for the boy to leave.

“Does ‘everyone’ happen to be Bridget and Ennis?”  Rory asked.

Baird looked down.  “They said they spied a blue light coming from her ruins.  That she was heard talking with demons.”

Katriona scowled.  She’d been talking with her murdered daughters.  Ones who dared any man to attack their home again.

Rory absently waved a hand at the boy.  “Tell Lorne and the men to leave the woman be.  She’s survived a terrible accident and lost her entire family.”  He slammed the ledger closed, his wide shoulders dropping as though laden with a heavy weight.  “‘Tis enough to drive anyone a little mad.”

“Yes, Laird.”  Baird dipped his head and quit the room, his footsteps fading down the hall.

Cold fury wound its way through Katriona’s soul, weaving dark bonds of hatred with her magic.

Power vibrated in whatever matter that manifested into her miasma of blue and white until she threw the full force of her glow into the room.  Behind that, she emitted a keen so shrill and horrid that Rory’s hands flew to his ears.

She reveled in the shock and disbelief on his face.

Rory gritted his teeth against the unnatural, ear-shattering scream.  He’d never heard anything of the like.  It grated on skin and soul in equal parts like every offensive sound in the land warred for supremacy.  The scraping of metal against stone, the bagpipes played by a deaf man, and the scream of an angry bairn couldn’t compete with such a noise.

“Ye’ve been cursed with a Banshee for yer crimes, Rory MacKay.”  Fractals of magic shattered her voice until it came at him from every corner of the room.  “I am the harbinger of your death and the reaper of your tainted soul.”

Rory opened his eyes.  Blinding blue and white light assaulted his vision, but he forced himself to gaze upon it.  Whether his eyes adjusted or the light abated, he couldn’t tell, but a form appeared in its center.  Dark robes whipping about it in a non-existent wind, the image drew closer, congealing into that of a terrifyingly beautiful woman.

Her long, dark hair tossed about her and blue glowed from enraged eyes.  She floated toward him above the rushes, an unhurried specter intent on making his punishment as slow and painful as possible.

Why now?  When he was so close to mending everything.  Rory had not thought to be called into account for his crimes until death.  On the heels of his incredulity, a feeling of bittersweet relief uncurled inside.  Perhaps the cursed sword hanging over the head of his entire clan would vanish with his death.

“Why do you not bleed?” the terrible voices demanded.  “My shriek should drive you to your knees and fracture your mind!”

Rory lowered his hands from his ears.  He wondered the same thing.  According to legend, he should be bleeding from all orafices before she reached in and ripped his soul from his flesh.

The glow intensified again as the shrill scream bombarded him.  “You would do well to fear me, MacKay!  The pain I will inflict is like nothing you’ve ever imagined and is no less than you deserve!”

The apparition shoved her ghostly face close to his.

Rory froze, unblinking.  He
knew
this woman.  Knew every detail of her face, every curve of her body.  The thick, dark hair had lost its luster in this form.  No sunlight to catch its sheen, only the blast of otherworldly white to overwhelm it.  Sharp, cat-like green eyes lost any of their femininity, glowing with hard anger and deadly intent.  And yet, her delicate face remained unmistakable.

The power of her magic snapped and arced between them with chilling force.

“
You
don’t have the privilege of uttering my name,” she screamed.  “Not after what has been done.”

Rory stood frozen in place, searching his memory for what sins could have called upon this curse.  He’d tried, Goddammit.  He’d tried so bloody hard to stop the evil spreading through his clan.  Pushed to the brink, he’d done one thing to stain his soul for eternity.

“Is this because of Angus?” he asked.

His heart petrified before her bitter laugh.  “Why weren’t you there that night, Rory?”  Her arctic lips burned his ear as they brushed it.  “Didn’t you want your turn with Kylah?  Didn’t you want to hear our screams as the flesh melted from our bones?”