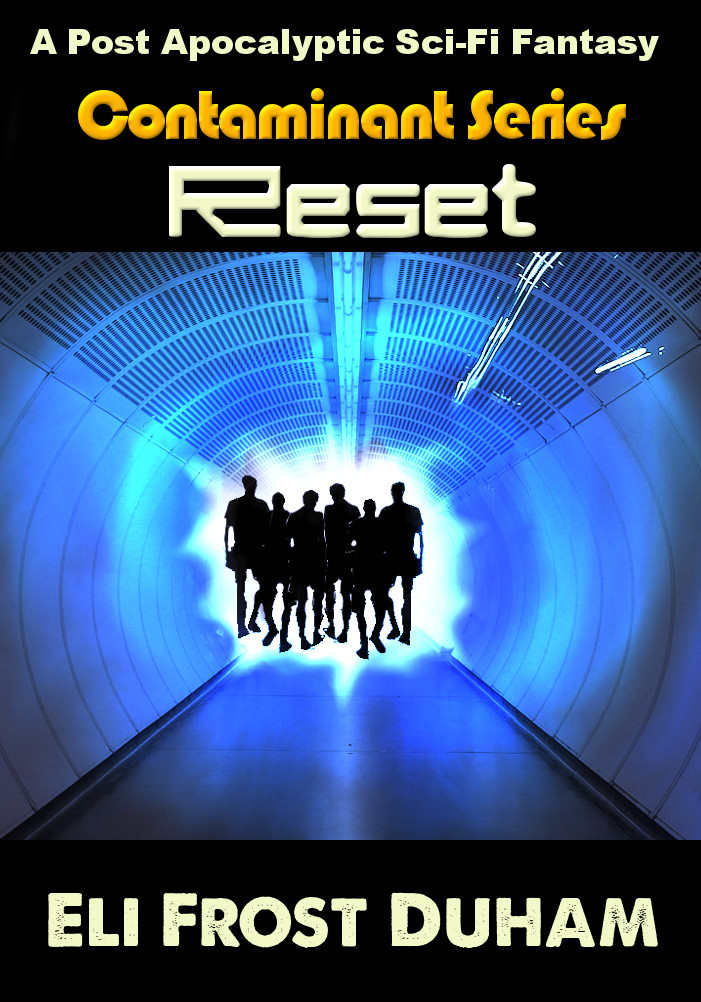 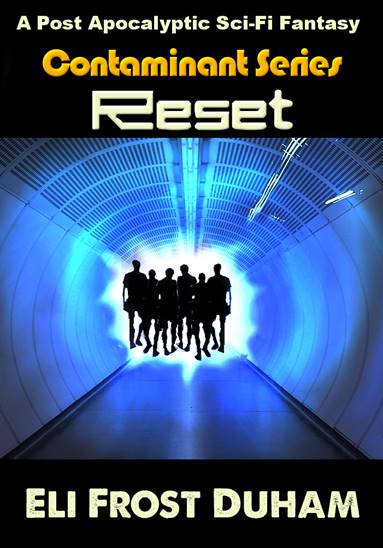 This book is licensed for your personal enjoyment and education only. Stories, characters, and entities are fictional. Any likeness to actual persons, either living or dead, is strictly coincidental.

All rights reserved. No part of this publication may be reproduced or transmitted in any form or by any means, electronic or mechanical, including photocopying, recording, or by any information storage and retrieval system, without permission in writing from the publisher. All images are free to use or share, even commercially, according to Google at the time of publication unless otherwise noted. Thank you for respecting the hard work of the author(s) and everyone else involved.

Authors and sources cited throughout retain the copyright to their respective materials.

Special thanks to my sister, Audrey, who encouraged me.

Michael Kin was standing in the hallway by the front door of his apartments when the knock came.  He grabbed his briefcase and stepped outside, shutting the door behind him.  The air was brisk, crisp and cold, even though the sky was clear and the sun was blinding.  He was already being ushered toward the vehicle by his chaperone.  The streets were empty but Michael hurried up just as well.

The soldier entered the vehicle after Michael, effectively squishing him in the middle.  He looked ridiculous.  On either side of him, the soldiers had “high and tights”, military approved sunglasses, a no-nonsense visage, and tactical weapons in their laps.  Then there was Michael, trying not to infringe upon anyone’s space, with his arms clasped around his briefcase, which was standing up long-ways.  His hair was light brown, curly, and reminiscent of an adolescent but his face was solemn.

The only other person in the vehicle besides Michael and the military escorts was his counterpart.  Chris had just finished reading one section of the paper was looking for something else to read.

“If you’re done with the main section, do you mind?” It would make sense that when Michael opened his mouth to speak, that’s when they would drive over all the potholes.  His voice fluctuated with each bump.

Chris didn’t respond, but handed over the section without even looking up.

Michael had to extend himself over his briefcase to reach for the section.  He took it from Chris, without a thank you.  They were past pleasantries and Chris didn’t like to be bothered so early in the morning.

About this time each morning, they passed through a detour neighborhood.   They could bypass it but they always chose to drive through it, just to survey the situation.   Michael’s glasses reflected the citizens of Washington D.C.  It also seemed as though these people were looking for them, waiting on them.  They started throwing rocks at the large black Hummer almost immediately.

Michael closed his eyes as they passed through the neighborhood to the main road.  All these people were hungry and desperate.  The Hummer and all the windows were armored.  Michael knew that if a bullet couldn’t pass through, neither would the rocks.  But, it still made him uncomfortable.  People yelled insults and did their absolute best to damage the vehicle.  It occasionally took restraint on the soldiers’ part not to intentionally run down one or two of the enraged aggressors.  That was probably the only threat keeping the hummer from being overrun.

Once they reached the main road, Michael went back to his newspaper.  The front cover had a picture of millionaire John Gordman, the scientist, peace activist extraordinaire.  In lieu of his death, the local newspaper… the only newspaper left in town, wrote a piece on him and his organization, BBP - Building Better People.  They sponsored everything from farming to medicine and mentorship and frequently held an open house at Gordman’s mansion in Missouri.

They were very ambitious for a peace organization.  Michael had met Gordman once when he came to the White House.  He seemed like a real down-to-Earth kind of guy.  One time, he had even invited Michael to visit him on his land.  But, he invited
everyone
to visit him.  Even still, Michael got the impression that they would all be welcomed.   Continuing to read some sections and skim over others, by the time the Hummer reached the White House, Michael had finished the main section.

It was just before 9 am when the black Hummer pulled into the secured garage connected to the White House.  The presidential aides entered the historic building, walking rather quickly to their first stop of the day: breakfast.  It was meager and yet, no one in Mess underappreciated the meal.   Both aides scarfed down their plates without talking.  After breakfast, Chris and Michael continued on their morning route.

Their game faces were on and they were busy.  They walked with purpose; at least, that’s how it felt to Michael.  Chris diverted off the path and met up with Jameson, the Presidential Secretary.

“Jameson.  Calls.” It was more a command than a question.  And, her speech was significantly sped up.

“Christine.  Care package from Food Aid Rite and NATO.  Largest shipment yet.  Delivered via fourteen drops.…” Jameson almost seemed to be trying to speak faster than Chris who was writing notes in incredible tiny shorthand giving a curt nod periodically.

“Next.” Chris was had barely let Jameson finish one call before goading him onto the next.

“Joint Chiefs of Staff, primarily General Griffith of the Marine Corps to present update on Operation Stance at 10am.

“Report from Olson of Omaha, Nebraska…”

“I got it.” Chris interrupted, talking unreasonably fast “Shot Michael the email last night.  He’s up to speed.  Next.”

“Here’s the list of callbacks.  Done.” Their morning ritual was quite the sight.  Chris with her list of callbacks left to meet up with Michael.  He had gone to the other secretary for letters, emails, and faxes.  When Chris found him, he was putting the finishing touches on the instant coffee.  Neither of them felt bad because it wasn’t real food.

Chris and Michael exchanged notes, and brainstormed quickly, finding solutions for each issue.  It didn’t take long.  They spent a few minutes developing a more efficient plan to get the Food Aid Rite shipment unloaded and redistributed.  For the remainder of their time, they sat patiently, waiting for the door to open.  Ever since it happened, President Rosenthird was up early, making plans, and coordinating with research facilities, in an effort to reverse the crop degeneration they experienced as a result of Crop-Dust.

The Crop-Dust was the single event in history that had the potential to bring the world superpower to its knees.  It was a one-way trip for the pilots crossing into the United States forbidden airspace.  Even after six months, still no government or radical group took responsibility for it. Everyone denied any involvement whatsoever.  The families were most likely evacuated and given name changes along with matching documents.

The planes were, of course, intercepted rather quickly, within 20 minutes of breaching sovereign airspace but not before they released an unknown substance into the air.  One by one, the planes were shot down.  The threat was neutralized and victory ensued.  People were made into heroes and heroes celebrated that night.  They feasted.  They drank.  They told the story again and again and again.  It was observed that an unknown substance had been released from the planes and so people waited for the plagues and mutations.  But, nothing happened.

A portion of the military was used to protect persons of import.  The rest kept the peace as best as they could.  The price of food rose steadily as it became scarcer and scarcer.  But when it doubled, the looting and rioting began.  People did their best to defend themselves, their homes and their businesses from mobs and gangs.  There were historic numbers in layoffs, murders and suicides.

Some people still went to work at packaging plants.   Others volunteered to help at the military, state, and federal level or at non-profits.  Bigger cities instituted martial law only as protection for the citizens from the citizens but the smaller ones were left on their own in a horrific state of civil unrest.  It had been that way ever since.

It was just after 9:30am when the doors to the Oval office opened.  Michael stood up and, with a brisk walk, went to enter the office.  But he stopped just short of the door, letting Chris enter first instead.   She only looked him and rolled her eyes.

Both presidential aides entered and made their way to sit on the couch opposite the President in the lounge portion of the office.  Just behind the President and to the left, a bodyguard stood like a statue, a very alert statue.  President Rosenthird was going over his clipboard and half-muttering to himself.  Michael and Chris waited patiently until he snatched off his reading glasses and looked up.

As if he was trying to cleanse away the sleep deprivation, dark circles, and burden, Rosenthird scrubbed his eyes and cleared his throat, “What’s on the menu for today?”

Michael went first with his written correspondence.  “Mr. President, several countries have offered aid in exchange for land, stock, and other resources… ”

“Denied. These bastards want to eat us alive… How many countries want to buy us?”

“Yeah, figures.  They sent that in an email?”  Rosenthird’s face was incredulous.  Neither Michael nor Chris could disagree with his reaction.  The CIA, sending emails on an unsecured line, it was as ridiculous as their current situation and truth was that hope and commonsense was running dangerously low.

“Sir, most of these emails, faxes and letters
are
from the vultures.” Michael spoke frankly as he did every morning when President Rosenthird tried to go through every bit of correspondence as part of his due diligence.

“When are they not?  It’s been the ‘same ole’ for months now.” Rosenthird polished his eyes once more.

“The rest were dropped off from angry citizens.  They think we’re living it up in here.” Michael noticed that the president had lost some weight along with everybody else who ate at the White House.  The meals were meager and full of bread and beans.  But still, they were getting two meals a day which is two meals more than the small towns that have been overrun by gangs.

“Well, let’s move on then.  Christine, what have you got for me?”

“Mr. President, at noon, you’ll be meeting with constituents of Jenna Olson of Omaha, Nebraska.  She and her team of scientists have found a way to clone food.  Also, they can make vitamins with amino acids and such.