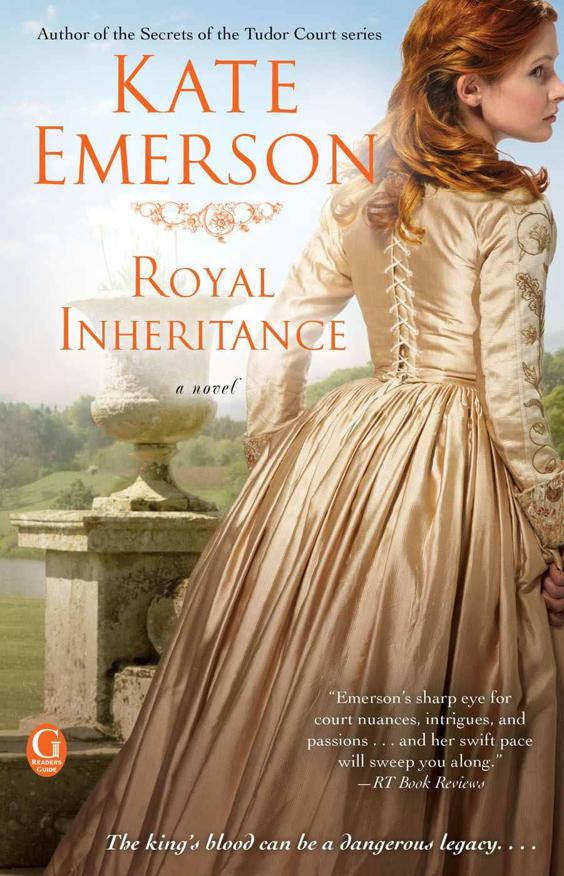 “No one knows the unusual customs and dangerous characters of the Tudor court like her.”

“Captures the pageantry and the politics of the Tudor court, portraying real-life characters who negotiated turbulent times, and giving historical fiction fans a first-rate read.”

“An engaging tale of loyalty, love, and treachery in the court of King Henry VIII.”

“Basing her latest novel on a letter relaying that Henry VIII claimed a mistress while wed to Anne Boleyn, Emerson cleverly captures their affair and the woman who caught the king’s eye. Emerson’s handling of the tumultuous period, and rendering of Henry’s personality, enables readers to believe they are there.”

“Kate Emerson proves time and again that she knows her stuff regarding the Tudor period. She is able to write clear, vivid descriptions that make it seem as if you are right there at court with the characters. . . . Easy to get caught up in.”

—
Always With a Book

At the King’s Pleasure

“A wonderfully absorbing novel that is full of enough historical detail to satisfy even the most hard-core Tudor fan. Emerson beautifully depicts the difficulty of living in a treacherous period in which one had to do what the king’s pleasure demanded, in spite of the risk of losing one’s head.”

“I continue to be awestruck by each and every book.”

“Another captivating novel. . . . Emerson skillfully manages to keep Elizabeth’s life as the central point and never loses track of her faith in love and happy endings.”

“Presenting the tempestuous and often scandalous court through the eyes of Bess Brooke . . . the author paints a confident, realistic picture of the king.”

“Emerson’s sharp eye for court nuances, intrigues, and passions thrusts readers straight into Nan’s life, and the swift pace will sweep you along.”

“Filled with intrigue, mystery, and romance . . . it provides Tudor fans with yet another viewpoint of the fascinating lives of those closest to Henry VIII.”

Roman Games by Bruce MacBain
One Foot In Front of the Other (Free Story Friday) by Hilden, Josh
A Most Immoral Woman by Linda Jaivin
The Seven Madmen by Roberto Arlt
Repossession (The Keepers Trilogy) by Wade, Rachael
Bancroft and Ford: Alpha Male Bad Boy Billionaire Romance by Kristen Lane
The First Novels: Pay Off, the Fireman by Stephen Leather
Fin by David Monteagudo
The Mystery of the Missing Heiress by Campbell, Julie
Tiger's Claw: A Novel by Dale Brown