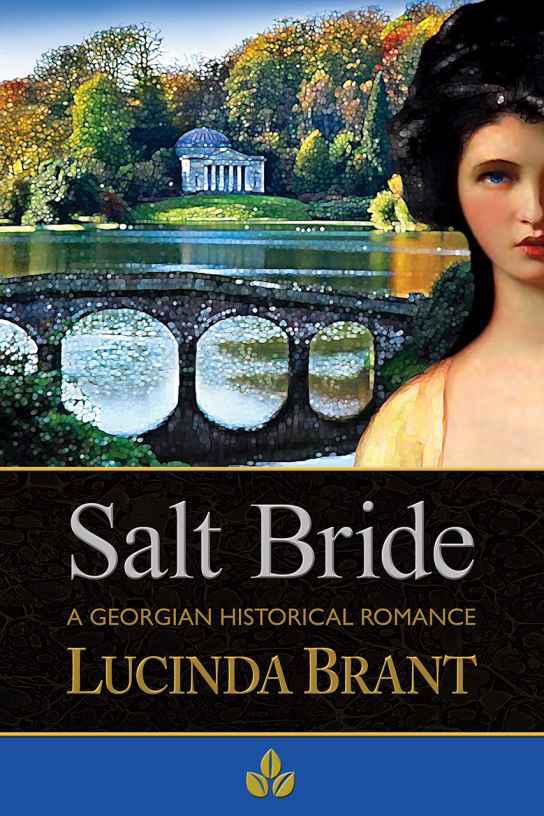 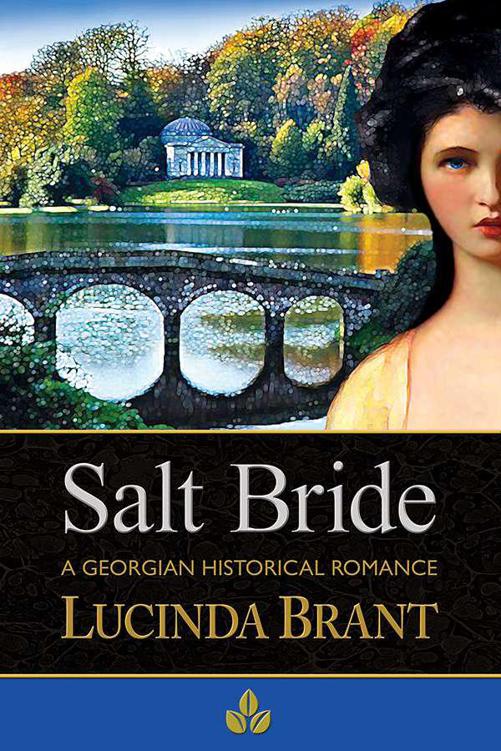 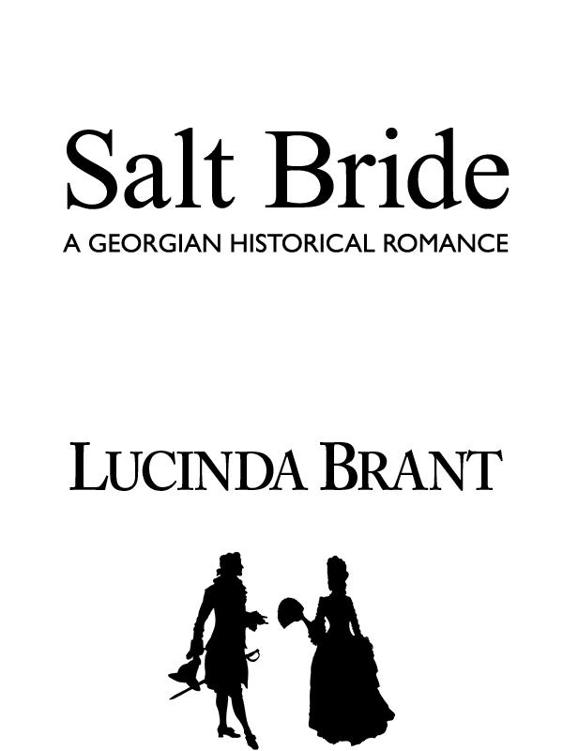 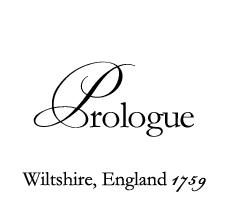 The girl in the narrow wooden bed was in agony. Curled up in a ball, legs drawn up to her small breasts and thin arms wrapped tightly about her knees, her whole body shuddered with excruciating contractions. She had no idea if she had been in pain for five hours or twenty. Exhausted and bathed in sweat, her cotton nightshift with its little lace cuffs and pearl buttons had become twisted and tangled with the bed sheet. Both were soaked with blood.

In the small, brief moments of reprieve between each painful cramp, she whimpered for the hurt to go away, big blue eyes staring imploringly at her nurse, as if a simple kiss from this most treasured servant would make everything better again as it always had with a childhood bruise. But no matter how tenderly the girl’s feverish forehead was bathed or soothing words of comfort offered, the contractions continued unabated; the intervals becoming shorter and shorter until the girl lost all sense of time and space.

Tears coursed down the nurse’s sallow cheeks and she pressed the wet cloth to her own mouth; it was all she could do to stop herself sobbing uncontrollably at the sight of her beautiful, sweet-tempered child in such torment.

“Have the girl drink this and tomorrow she won’t be troubled,” she had been ordered.

Obediently Jane drank the bitter-tasting draught, on reassurance that the medicinal would ease the nausea and restore her appetite. She had then thrust the tumbler back at her nurse, laughingly accusing her of poisoning her.

Yes, Nurse had poisoned her beautiful girl. She knew that now as she bathed Jane’s tortured forehead free of sweat. She would pray to God for forgiveness for the rest of her days for not better protecting her girl, for trusting her betters to do what was right and proper when all along they had planned for this to happen. But she had poisoned Jane unwittingly. The same could not be said of the other two occupants of the darkened and airless bedchamber; or the girl’s absent, unforgiving father, who had disowned his only child for losing her virginity to a noble seducer who lasciviously planted his seed then discarded her like a used, worthless thing.

Nurse dared not look over her shoulder. But she knew the man and woman were there in the shadows, waiting. Jane’s cries and her ministrations to help ease the pain did not make her deaf or blind. She knew why they were there, why they suffered the stench and the ignoble sounds of suffering, why they could not avert their eyes from the offending sight of the waif-like creature with the translucent skin and distraught gaze who convulsed, sweated, and bled before them. They had to satisfy their own eyes that the murderous deed was done. How else could they inform her heartless father that his wishes had been satisfactorily fulfilled?

Nurse hated them. But she reserved her greatest hatred for the noble seducer. It gave her the strength and single-minded purpose to fight to keep alive her precious, ill-used girl. It did not stop her jumping with fright when a firm hand pressed her shoulder.

“The physician will be here soon,” Jacob Allenby assured her. “The recent snow fall must have delayed him.”

“Yes, sir,” Nurse replied docilely, continuing to rinse out the soiled sponge in the porcelain bowl on the side table.

“Physician? Good God, what use is a saw-bones?” scoffed the female over Jacob Allenby’s shoulder. She came out of the shadows to warm herself by the fire in the grate, her carefully painted face devoid of emotion. “It is evident my medicinal is working to everyone’s satisfaction. A physician will only interfere.”

The merchant rounded on her. “Forgive me for not trusting the word of an angel of death!”

“Pon rep, Allenby, how dramatic you are,” she drawled, a soft white hand to the heat. “Anyone would think by the creature’s moans she is on death’s door. She isn’t. Syrup of Artemisia hasn’t killed anyone of my acquaintance—
yet
.” She glanced at the bed in thought. “Of course my apothecary on the Strand advises that the required dose be taken immediately a female suspects she is with child, usually the first month her courses are overdue,” she mused matter-of-factly. “That this dolt waited four months before confessing to the fruits of her wickedness necessitated I increase the dosage to compensate for her sly stupidity. After all, one must be absolutely certain the monster is expelled.”

“No. I am a pragmatist, true to the patrician blood that flows in my veins,” she said conversationally, preening at her upswept hair adorned with pearls and ribbons in the dim light cast on the oval looking glass above the mantle. “Blood connection is prized above all else. Bastard offspring of indeterminate lineage have no place amongst our kind.” She glanced at the middle-aged merchant’s reflection whose frowning gaze remained fixed on the suffering girl in the narrow bed. “Nor does mawkish sentimentality. Why you agreed to take her off Sir Felix’s hands, I shall never fathom.”

“Sir Felix Despard is a spineless drunkard who should have kept a better eye on his only child or she would not now be suffering. As for my actions, they’re not for you to fathom.”

“Indeed? A Bristol Blue Glass manufacturer could do worse than take as mistress a nobleman’s quick tawdry rut. She is the offspring of a baronet, when all is said and done. Used. Discarded. But still very beautiful.”

“You’d know all about quick tawdry ruts, my lady.”

“You rival Mr. Garrick, to be sure. This unholy alliance we’ve formed is so diverting. La! I do believe it’s the best night’s entertainment I’ve had since—”

“Shall I show you my technique?” she teased, tickling the end of Jacob Allenby’s snub nose with the pleated tip of her delicate gouache fan. She pouted. “Tiresome little merchant moralists must dream of rutting titled ladies. In your dreams is the only place you’re accorded the opportunity of
entering
society.”

“I pity your offspring, my lady,” the merchant stated with undisguised loathing and put space between them.

The lady’s hazel eyes went dead. She stared coolly over nurse’s shoulder at the girl in the bed, who continued to hug her knees tightly and whimper in pain. Just turned eighteen and with no prospect of future happiness. Good, her ladyship gloated, and recalled how the squire’s beautiful daughter had captivated society on her first public engagement.

It had been at the Salt Hunt Ball, and the girl’s extraordinary beauty coupled with a refreshing natural modesty had caused a sensation amongst lords and ladies alike. Unsullied and brimming with naïve optimism, charming to all and sickeningly self-effacing, by the end of the evening she had received three proposals of marriage and two declarations of undying love. Embraced by Society, it was expected she would marry title and wealth.

That very night her ladyship had found
them
together in the summerhouse down by the lake: the handsome nobleman in all his splendid, wide-backed nakedness and this beautiful eager virgin with her tumble of waist-length hair the color of midnight. They were blissfully riding to heaven together, as if they were the only two in the Garden of Eden. It had enraged her, but what had crushed her dreams and broken her heart was spying the ancestral betrothal necklace of the Earls of Salt Hendon around the girl’s white throat.

The tragic consequences of the lovers’ unbridled lust could not have made her happier. But when she least expected it, in those rare moments when she permitted herself to smugly believe she had regained absolute control of the future, the image of those two heavenly lovers joined as one haunted her waking hours and turned her dreams to nightmares.

“You, sir, have no idea to what lengths this mother has gone to secure her son’s future,” she stated dully and retreated into the shadows just as the girl let out one last guttural moan that filled the quiet of the airless bedchamber. “For God’s sake! How much more pathetic whining must I endure?” she growled, and threw her fan at the wallpaper in a temper. She slumped down on the horsehair sofa in a billow of blue velvet petticoats. “Allenby, have the wench examine her. She must’ve expelled the brat by now.”

Spellwright by Charlton, Blake
Madonna of the Seven Hills by Jean Plaidy
A Ghost of Justice by Jon Blackwood
Sunset of the Sabertooth by Mary Pope Osborne
Fool Me Twice by Aaron Klein, Brenda J. Elliott
Fly Up into the Night Air by John Houser
One Four All by Julia Rachel Barrett
Confessions of a teacher: Because school isn't quite what you remember it to be... by Jane Salomon
Phoenix by Joey James Hook
1861 by Adam Goodheart