Read Season of the Witch Online

I’d never know the truth about her. I wondered if there was maybe a picture of Eve as a smiling coed somewhere, if she had grieving parents who had lost their daughter and would never see her again. None of the other misguided men who were pawns in her game would ever know, either.

I shook my head and buried my face in my hands. I felt beaten, tired. Love. Gangsters, con men, policeman . . . it was all that any of them wanted from her and the reason they were willing to go to any lengths to please her, including theft, betrayal, even murder. Her love was supposed to save them, I guess. That is what love is supposed to do.

I had failed them, and it hurt like the old wound, because there had been so many people who needed saving: Lena and Danny; Harry and Lucinda; and even on some level, people like Eve and Lonnie—those victims who grew into the very monsters they feared. But they had failed each other, because each and every one of them had cared only about their own greed. And they had taken two innocent kids with them, one a policeman, the other an innocent victim.

There were so many like them out there yet; there would always be more of them, needing some understanding, and someone to help them save themselves. I hoped that next time I would be able to do just that.

I looked out the window. The day was almost gone. Tomorrow would be another day, and someone else’s turn to suffer.

I sat and listened to the wind. 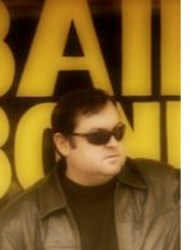 Timothy C. Phillips was born in a small town at the foot of the Appalachians. Youngest of seven children, he attended colleges in Alabama and Louisiana, and holds degrees in English, Forensics and Political Science. He lives in Alabama, where he writes and dabbles in music.

Song Lyrics: “Please Send Me Someone to Love”

Song Lyrics: “Season of the Witch”

To date there are seven titles in the

Season of the Witch
•
Magician

Mary Ellen Courtney - Hannah Spring 02 - Spring Moon by Mary Ellen Courtney
Wasting Away in Deadsville by Grant, KT
The Everlasting by Tim Lebbon
Reckless Rescue by Grey, Rinelle
Ejército enemigo by Olmos, Alberto
I Am Alive by Jace, Cameron
The Spook's Sacrifice by Joseph Delaney
Quicker Than the Eye by Ray Bradbury
Hit and Run by James Hadley Chase
The Accidental Mistress by Sienna Mynx