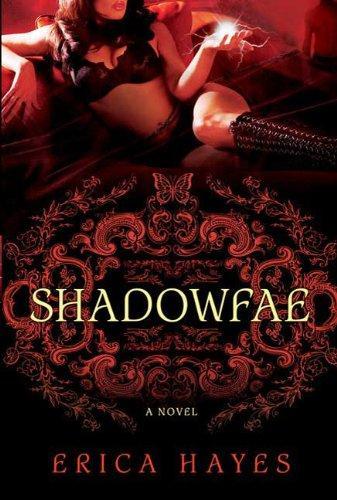 For Sherrill and Robert,

the best parents ever,

when I said I could be a writer.

I would like to thank the following: My agent, Marlene Stringer; Rose Hilliard and everyone at St. Martin’s Press, for taking a chance on a new author; the magnificent Valerie Parv, for her mentorship, inspiration, and humor over the past year, and for wanting so hard for it not to win, that it did; my writing group, the marvelous and formidable Go-Go Girls, for laughs and hot chocolates and insisting the story wasn’t dreadful, over and over again, until I suspected they could be right; and Sean, for helping me chase my dream.

T
he dark shape in the bed didn’t stir. I trailed tingling fingers over silken sheets, carpet soft and luxurious beneath my feet. I inhaled crisp male cologne and sweat, and it made me drunk with excitement. The French window lay open, city lights glittering beyond, citrus summer breeze teasing the pale lace curtains. They drifted over me like a lover’s sweet touch, and I burned. If I didn’t have this man soon, I’d spend the night sick and sorry. And I didn’t even know who he was.

Sometimes I feel so cheap.

My demon lord, Kane, calls it
rapture
. Our victims, if they live long enough, call it the sexiest thing they’ve ever seen, which of course, is the point. It’s easier to suck out someone’s soul if their attention is elsewhere. Only problem is, it’s the succubus equivalent of a raging hard-on, and frankly, it’s humiliating to slaver like a sex-starved ghoul over some fat chauvinist gangster or unwashed backroom drug dealer just because they were foolish enough to cross Kane and his charming minions, the Valenti crime family.

But it’s my job. I’m in thrall to Kane for a thousand years. I was just glad no one could see me this time.

I crawled toward him, arousing my scent so it drifted over him like a sweet cloud. The sheet slid off his massive shoulder, baring his chest, and I bent to sniff his stubbled throat, my hair brushing his face.

The dark smell of his skin made me moan, and I slid my tongue along his warm collarbone, desperate to taste him. My breasts ached as I pressed into him, only my thin tank top separating us.

He didn’t even twitch.

I dragged my fingers through his lank fair hair, and his head fell sideways, limp, no breath forcing from his slack mouth.

My racing heart missed a beat. I fumbled on the bedside table, switching on the dim lamp. His hard features lay softened in death, his tanned skin already pale.

I stared. I knew that blond ponytail, that unforgiving mouth, those rigid gym-built muscles. I’d danced with him, dined with him on amatriciana and red wine at Valentino’s, peeled his big hands off my ass more than once. Nino Valenti. Gangster, extortionist, multiple murderer. Ange Valenti’s right-hand man.

Kane had sent me to kill one of his own minions. And Nino was already dead. His glazed eyes shone vacant, colorless, their once-steady blue drained. No blood, no vomit, or marks on his body. It wasn’t a typical mob murder. He wasn’t drugged, shot, strangled, fae-poisoned. Someone had sucked out his soul. They’d beaten me to it.

I sat up on my knees, my chest heaving, frustrated desire radiating off me like sultry summer heat. Dead. But still fragrant, still warm. Which meant . . .

My back thudded into the soft mattress, the weight of a hard male body between my legs pressing me down. Strong hands grasped my wrists, trapping them above my head, strands of my hair pulling in their grip.

Sweat trickled on my skin, running into my hair and dampening my hands. I couldn’t believe this. Of all that could possibly happen to me this evening, I’d never imagined I’d end up panting with lust under Rajahni Seth.

Not that Rajah wasn’t worthy of some serious panting, along with a scream and an
oh, god
or two. He was the kind of incubus who didn’t need the rapture to get his victims begging for him. I’d never even spoken to him before. The words
out of my league
didn’t even approximate.

The words
you killed Nino Valenti
, however, did.

“Get off me!” I kicked, wriggling, but succeeded only in pressing him tighter between my legs, my thin skirt rucking up to the tops of my thighs. He wore no shirt, and in the lamplight, his taut brown skin glistened, sweat running on curving muscles.

He twisted his dark head back a little so he could see me, wet dark strands falling in his face. Sexual energy glimmered off him in waves like a heat haze, his eyes glowing with desire, his ripe lips parted and slick. His magic didn’t affect me, of course. An incubus’s rapture doesn’t work on succubi—or vice versa, for that matter. But I was worked up enough already, and likewise I couldn’t imagine the smoldering need in his eyes and the deliciously hard bulge pressing into my crotch had anything to do with me.

“Jade?” His sinful lips formed my name, caressing it like a kiss. “Kane’s Jade?”

He recognized me. My mouth watered. God, I hoped I had underwear on, or I’d make a mess of his jeans. Then again, if I wasn’t wearing any, I could unzip him, squeeze myself onto him, and do something about this wasted rapture that made me ache.

Of its own accord, my leg wrapped itself around his thighs, straining, pleasure flowering at the pressure. “Well spotted, genius. You gonna get off me?”

His fingers tightened on my wrists and he ground against me with a helpless little groan, but his eyes glinted with amusement as well as lust. “Are you sure you want me to? I could get off in you, if you like.”

Anger boiled my desire, though the thought of him thrusting into me, exploding deep within me with his lips on mine, made me faint with longing. No way would he use me for his twisted little games, even if he was a secret fantasy fuck of mine from way back. “Give it a rest, Seth. That’s a dead body, in case you hadn’t noticed.”

His lips hovered over mine for a heart-stopping instant, but before I could slide my tongue out to taste him, he rolled off me and rose, pacing, scraping tense hands through his hair.

I sat up, fury searing away my regret. “What are you playing at, using a Valenti for sustenance? Kane’ll have your ass.”

But I couldn’t help watching as he found his shirt and slipped it on. They sure built them beautiful in seventeenth-century Lahore, or wherever the hell he was from. Dark locks tangling on his collar, sensual mouth quivering, perfect nose, strong chin, upswept cheekbones. Legs long and muscular in soft black jeans, tight ass begging to be squeezed with both hands while he fucked me. Broad golden thrall bangles, thicker than mine, glinting tight on his forearms. He moved with raw grace, his movements swift and tense as he struggled to contain his rapture-soaked lust.

He retrieved his etched brass soultrap bottle from the carpet and dangled it in front of my eyes, wiggling it so I could see from the weight that it was full. “Kane’s orders. I don’t ask; I just fuck.”

I scrambled up from the bed, jerking my damp skirt down over my exposed thighs. “Yeah, I’ve heard that about you.”

He gave a wicked smile and hissed like a cat, miming striking claws. “No need to be nasty. I offered.” His smile turned sultry. “Sure you’re not tempted?”

My heart pounded. Oh, I was tempted, all right.

I struggled to keep my mind on the issues. What would Kane want with his own minion’s soul? He’d get it soon enough anyway. And why had he sent both of us to do the same thing?

Freeing the Beast: Taming the Beast, Book 1 by Tina Donahue
Tomorrow War by Maloney, Mack
Where Were You?: America Remembers the JFK Assassination by Russo, Gus, Moses, Harry
Harmony by Mynx, Sienna
Arizona Territory by Dusty Richards
On Her Master's Secret Service by Lexi Blake
The Long Walk: A Story of War and the Life That Follows by Brian Castner
Grub by Blackwell, Elise
Emerald City Blues by Smalley, Peter
Jacob Two-Two and the Dinosaur by Mordecai Richler