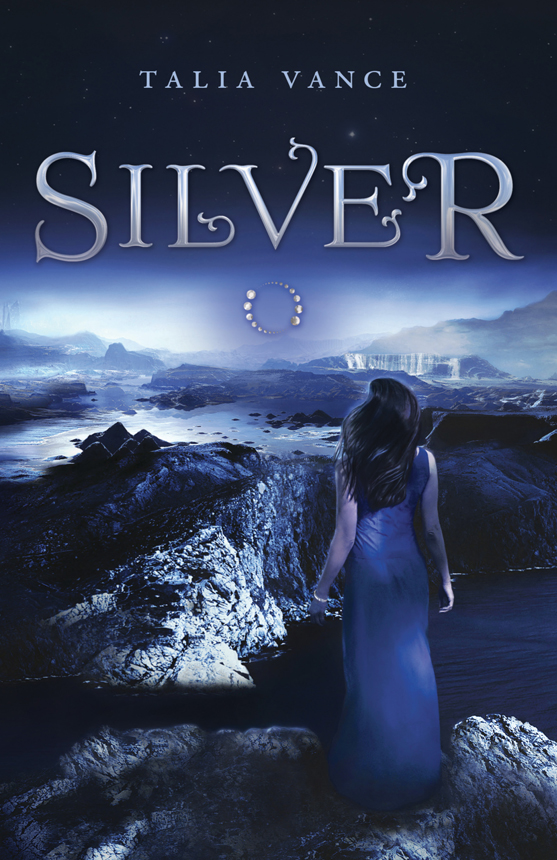 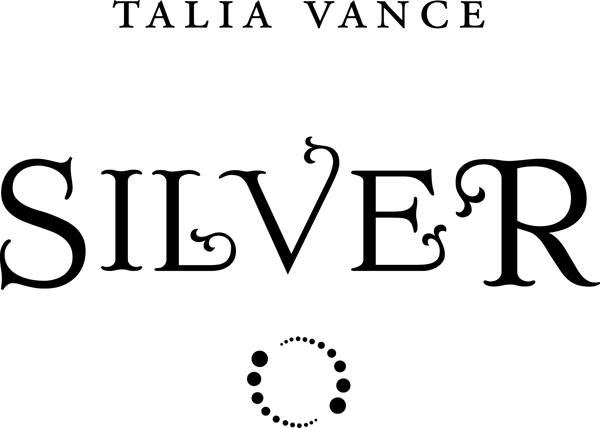 Any unauthorized usage of the text without express written permission of the publisher is a violation of the author's copyright and is illegal and punishable by law.

This is a work of fiction. Names, characters, places, and incidents are either the product of the author's imagination or are used fictitiously, and any resemblance to actual persons living or dead, business establishments, events, or locales is entirely coincidental.
Cover models used for illustrative purposes only and may not endorse or represent the book's subject.

Any Internet references contained in this work are current at publication time, but the publisher cannot guarantee that a specific reference will continue or be maintained. Please refer to the publisher's website for links to current author websites.

So many wonderful people helped bring this book into the world, and I couldn't have done it without any of them. Sarah Davies, you are a goddessâsmart, beautiful, and fierce. Thank you for the master class in plotting, and for your amazing business savvy and guidance.

To the team at Flux: you have been a joy from start to finish. Thank you, Brian Farrey-Latz, for your sharp insight and unwavering support. Thanks to the brilliant Sandy Sullivan, continuity queen, and public relations champions Marissa Pederson and Steven Pomije. Thanks to Ellen Lawson and Brenda Meelker for the gorgeous cover design and illustration.

To the aptly named YA Muses, Veronica Rossi, Katherine Longshore, Donna Cooner, and Bret Ballou: you inspire me on a daily basis. Your support and encouragement made everything feel more real, more bearable, and completely doable. Thank you for sharing this journey with me.

Thanks, Mom and Dad, for encouraging my creative side for as long as I can remember. Thanks to Crystina Smith for letting me steal your best quips. And to my real-life love interest, Jeff Vance, thank you for believing in me even when I didn't, for supporting me unconditionally, and for giving me the freedom to live my dreams.

Beauty is pointless when no one's looking. And no one ever looks. People weave around me without making eye contact. I'm the tree that falls in the forest with no one around to see or hear it. I can't remember the last time someone besides Haley or Christy talked to me at a party.

Not that there aren't advantages to fading into the background. No one cares that I didn't have time to straighten my hair, and no one notices that I can barely walk in the four-inch heels Haley talked me into buying. And everyone is so much safer.

The party is what Haley calls a rager, the perfect combination of no parents, cute guys, and alcohol-fueled hookups. I can almost smell the pheromones. Then again, it could be the guy in the Padres jersey sweating tequila from his pores.

Haley scans the crowded living room one more time. “He's not here.” She checks her cell for a message from Oscar, or Otto, some senior from McMillan Prep she met at Magic Beans. Another rich kid who's too good to slum it out at Rancho Domingo High with the rest of us, even though it's the top-rated school in San Diego County. It's Otto's party, so presumably he's here somewhere.

I mean to help her look, but I'm distracted by the blond waves of Blake Williams' hair. It's too long, brushing his neck in the back and his ears on the side, the kind of layered mess that is too flattering to be unintentional.

I know the second Blake spots Haley. He turns his head just a fraction and his green eyes brighten so they're almost silver. He moves with the stealthy grace of a panther as he weaves through the crowd. I'm already standing near the wall, but I inch back the rest of the way. It's not like he's coming to talk to me or anything, but I prefer to watch Blake from a distance.

He stops in front of Haley. Dimples frame a smile that's probably charmed more than a few girls out of their underwear.

One of said girls strides up behind him, not missing a step despite the spiky heels on her vinyl boots. She leans into him, flashing a strategically placed tear in her fishnet stockings.

Haley hammers out a text, ignoring Blake and his territorial indie girl. I'd say something to them myself, but they give no sign that they even know I'm here. A small twinge of disappointment flares in my chest before I can stamp it out. Then I do. Ruthlessly.

Haley finally looks up from her phone. “Blake, right?” She flips a long strand of blond hair over her shoulder. “Austin's friend?”

Blake's dimples grow impossibly deeper. “And here I thought I was
your
friend.”

Game on. Haley gazes from beneath her eyelashes in a way that seems entirely unaffected. I know firsthand how many hours in front of a mirror have gone into perfecting this particular look, which simultaneously broadcasts complete innocence and the promise of seduction. “What's up?” she asks.

“I heard there was this pretty crazy party going on.” Blake's voice is laced with sarcasm. “I was thinking of checking it out. What about you?” Blake's eyes ask another question. The same question every guy, and even the occasional girl, wants to ask Haley.

She lets her lids fall. “I could be up for a party.” Haley's a master. I probably should be taking notes.

“Blake's bartending.” Fishnet's voice is a purr, in contrast to the death rays that beam from her eyes. She loops an arm around Blake's elbow. “He makes the best screwdrivers.” I almost feel sorry for her. Haley's shadow can be a cold dark place.

Blake breaks free from Fishnet's hold. His fingers brush my wrist as he steps to the side, creating a spark of static electricity. I flinch, scratching my arm so it looks like I have an itch or something. At least I hope that's how it looks. Not that anyone notices.

“Do you know Brianna?” Haley asks.

Blake finally looks at me.

I start to smile, but his gaze is already back on Haley. My lips fall and I stare down at the shiny blue straps that crisscross my feet. I'm like an abused puppy, so desperate for attention that it's almost a surprise when I get belted in the gut.

Blake graces Haley with one more gorgeous smile before he follows Fishnet to the other side of the living room. He holds open a swinging door as she walks through. This minor act of chivalry is marred by the fact that his gaze never leaves her butt.

“That bad?” I grab a dark curl and hold it to my nose. My riding lesson ran late. Even after a quick shower, I still reek of horse.

Haley rifles through her bag until she finds a small spray bottle. She spritzes my hair with something that smells like vanilla. “Better. And I love the shoes.”

“Thanks, but tell that to my toes.” Not only do my feet hurt, I suspect my hair now smells like a cross between eau de equine and a milkshake.

“Love the shoes!” Haley yells at my feet.

“You talking to me?” The guy in the Padres jersey sloshes his beer as he leans toward us, spraying my toes with Budweiser. Perfect. Now I smell like a sticky patch of pavement at the state fair. A magnet for future farmers and carnies alike.

Haley leads me away, but Padre staggers after us. “Hey! I'm not done talking to you!”

Haley stops, pulling me to a halt beside her. Padre's reaction time is predictably feeble. He lurches forward, bumping into me and spilling more beer on my jeans. He tries to prop himself up on my shoulder, grabbing at my sweater. I push him away. His arms flail, catching my wrist before gravity takes over and he's sprawled on the floor. I nearly topple over with him, but Haley grabs my arm just in time.

“Jerk.” I rub at the wet spot on the front of my jeans with the sleeve of my sweater.

“Your bracelet!” Haley kneels to pick up the silver chain, giving it a quick once-over. “The clasp is broken.” The silver charms still hang from the thick chain.

“It's fine. I'll get it fixed tomorrow.”

“Are you sure? We can find Christy and go home if you want.” Haley puts the bracelet in her bag, watching me closely. No way she wants to leave before we find Otto.

“No. Let's just get something to drink.” This is already shaping up to be a night I want to forget.

Haley lifts a strand of my hair and sniffs it again. “I think it's working. Your hair looks amazing.” I doubt that a scented spray could have any effect on my wild curls, but there's no point arguing with Haley.

We're nearly to the kitchen when I remember that Blake is in there. Here I come again, tail wagging, tongue out. Stupid little puppy.

Blake is mixing a pitcher of screwdrivers at an island counter, Fishnet velcroed to his side. They both laugh at the shared secret Blake whispers in her ear.

As I step into the room, a silver flash blurs my vision. It's like seeing spots when you're dizzy, only I don't feel the least bit faint. Before I can take a breath, my foot lands on the tile floor and the world falls away. The sounds of the party disappear, cloaking me in a shadow of absolute silence. The quiet has a distinct sound of its own, as if the sudden absence of sensation has created a void that echoes in deep, passing waves.

I'm surrounded in blackness, unable to make out even the outline of shapes or movement in the dark. I feel, rather than see, the stillness that envelops the room. A shiver pulses down my spine, the only sign that I'm still alive and breathing.

The room comes into focus gradually, the tones appearing brighter now. Everyone is exactly where they were a second ago.
Exactly
.
Frozen in place as if someone pressed pause on a DVD. Haley is stuck in mid-stride, her foot hanging in the air.

Blake and Fishnet stand at the island. She stares at him with pure adoration. Blake focuses on the pitcher in front of him, his expression light from whatever they laughed about a second before. His right hand is raised, pouring a bottle of vodka. A trail of clear liquid from the bottle is frozen in mid-stream, stopping just before it makes contact with the orange juice in the pitcher below.

Out of the stillness, Blake raises his chin and turns his head toward me. The movement is slow and deliberate. My breath catches in my throat. His eyes lock with mine. There is nothing effortless or light about the way they burn through me now, dark and relentless. I shudder as the shiver in my spine twists into an icy wave.

Blake's lips curve into a smile.

“Mine,” he whispers, shattering the silence.

Before I can react, there's another flash of silver light and the room is filled with laughter and music and movement as the party rages on.