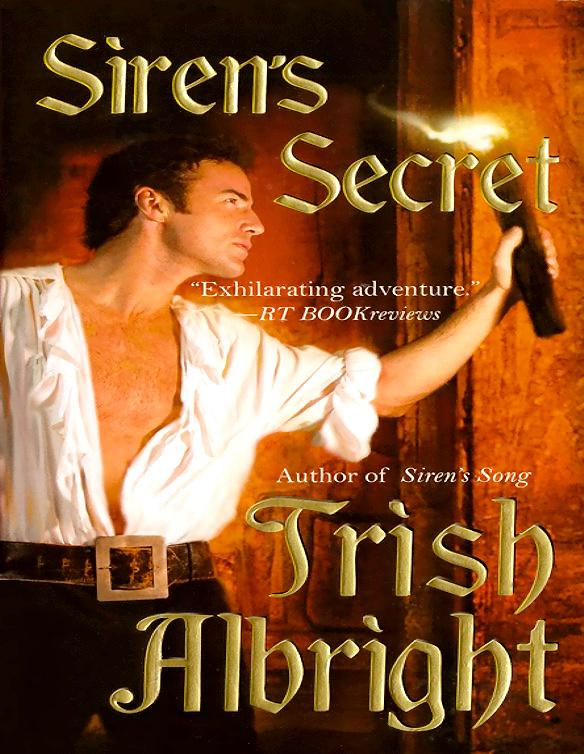 They stared at each other, neither moving.

“Kissing you now would be taking advantage of you when you are not yourself.”

“We could make it short,” she suggested. “Just to see if I even like your kisses. You always surprise me, and I don’t have a chance to think it through.”

“Yes,” she said. “One must plan for things. Know what to do. Be prepared.”

He cupped her cheek in his palm and pulled her in, whispering against her lips. “What if something unexpected happens and the plan needs to change?” A tender smile curled his mouth making him rakishly attractive.

She met his eyes, inches away. “Then it wasn’t a very good plan. That’s why it’s important to think before you act. This will be a test upon which I can draw further information to plan.”

“What kind of information?”

“How you kiss,” she said. He brushed his mouth softly across hers.

“If I like your kisses,” she said. He sucked gently, just once on her lower lip.

Her voice grew husky. Her eyelids fell. Her body reached out. “And if I want—” He covered her mouth, and Olivia forgot all about her explanation.

Many thanks to Leah Hultenschmidt, Renee Yewdaev, Erin Galloway, and all the dedicated team at Dorchester, who ushered this book through the publishing process. A very big thanks to Lynne Marshall and Joe Garlington for their insightful critique and for doing it within my time constraints—it was a huge help. Andrew, my love, you talked me out of the tomb when I got stuck. Barbara Groth and the Buddhas, you throw great parties! May you receive all the good things you deserve. Annie Pinsker Brown, thank you for your friendship, calming presence, and making a beautiful space for celebrating. Annette Mann, thank you for your research, especially with regard to those bloodthirsty, Barbary pirates. Lots of love and thanks to all my family and friends for their genuine support and for making each success special.

After many long nights alone with my computer, there are few things more fun than to have someone tell me they read and loved one of my books. Thanks to all my readers—female and male—who have supported me, sent notes, and shared their kind words and encouragement.
Siren’s Secret
takes place before the Rosetta Stone enabled the deciphering of Egyptian hieroglyphics. My heroine, Olivia, doesn’t need that kind of help, and the catacombs she explores are loosely based on real ones in Alexandria, Egypt. To learn more, visit me at www.TrishAlbright. com. Until then …

Lady Olivia Katharine Hastings Yates, known for her exemplary standards, excellent taste, and exceptional mind, was about to become a thief.

She stared at the artifact before her. Her fingertips tingled, her senses heightened, and her life was about to change forever.

But what choice was there?

She picked up the ancient Egyptian funerary cone, instantly disgusted.

“They really should improve the security here.” This
was
the British Museum. Home to countless priceless artifacts! One less artifact now.

Olivia ignored the fact that her first bit of thieving left very little remorse. It was actually a bit thrilling, if she was honest. And surprisingly easy. Completely wrong, but
most
exciting, all in all. She sighed, relieved she’d been able to succeed. Her jaw relaxed a moment.

One step closer to saving her father.

A chilling waft of air struck her, and Olivia realized a window was open somewhere. That could not be safe either. She would be sure to tell Grayson they needed to check their security.

She glanced around Grayson’s dark research room, lifting her lamp past the tables of books and artifacts being studied. The windows appeared closed.

Olivia brushed away any worries, her attention returning to the artifact.

She lifted it carefully, weighing. Solid red granite. Heavier than expected. Another thrill went through her—this one entirely academic. She was holding an item more than two thousand years old. She reverently traced the ancient hieroglyphics engraved on the rounded end, recognizing instantly many words she had already translated, and studying new ones, her mind racing with excitement, a strange familiarity and understanding rushing her.

Turning it over, she observed how the stone narrowed into the shape of a five-pointed star on the other end—as if designed for a secondary purpose, perhaps to hold the marker in place.

“Unusual,” she murmured. She didn’t recognize the strange symbol chiseled inside the star either. It didn’t look Egyptian, but according to the writing, this funerary cone marked the resting place of a librarian at the Great Library of Alexandria. She touched the symbol.

Her head spun, and she put the ancient object down for safety.

Odd. The excitement, no doubt.

Olivia took a breath. It was time to go. She needed to walk out of the room, smile pleasantly, compliment Grayson and the other hosts, then leave the fund-raising event as quickly as possible.

Her eyes darted around the room for anything else of value she should snatch while she had the chance. If she was joining the profession, she intended to be good at it.

On the desk, not far from where the artifact had been, was a paper. She recognized Lord Grayson’s exacting script.

He had noted all the symbols of the funerary cone, with special care to possible meanings underneath, but was completely wrong in his theory.

There was also an inscription included from where the stone had been acquired. The hieroglyphics struck her with sudden clarity.
What you seek, you already have.

Olivia’s head spun again. She braced herself against the table.

Touching the ancient stone, Olivia was more certain than ever that she had the code for translating hieroglyphics correct. Only no one believed her.

Why would they? She had not attended Eton, Oxford, or any institution of note. After all, she was a woman. Her entire education had been achieved through private tutors and her father’s library. Fortunately, her father had one of the largest personal libraries in London. But, oh, to one day speak at the very institutions she was barred from and share her knowledge. To exchange ideas with other great minds. She knew it was improbable, but she dreamed … someday.

Aside from the stealing part. That could become an issue.

Her father’s colleague in Egypt had sent this to the British Museum in hope that Grayson and others could decipher the notable Alexandrian’s text.

She folded the paper and shoved it deep into the pocket of her gown. A creaking sound at the far end of the room sent a shot of ice down her arms. She whirled and stared into blackness.

Bookcases settling, no doubt, but a reminder that she needed to make her departure.

She tucked the Egyptian relic over her forearm, snug against her elbow, and concealed it with her thick cloak. Next she covered the wick of the lamp until darkness enveloped her, save for the moonlight through the window, and made for the door.

That’s when the creak turned to a scuttle. A fast scuttle.

Little hairs on the back of her neck prickled. She turned defensively as a large shadow moved across the room.

She rushed toward the light illuminating the crack under the door.

Something caught at her throat and pulled her backward, choking. The granite cone slipped from her grasp and fell with a muffled thud before hitting the wood floor. A man yelped. She realized the stone must have landed strategically, giving her a moment’s reprieve. She turned and swung wildly, furiously, flinching when her weak fist made contact with something that felt like a chin.

“Bastard!” she spat, furious at her injured hand.

He ripped her cloak from her tangled grasp and threw it over her head, causing not just utter darkness, but
suffocating
utter darkness. Olivia struggled in earnest, crying out for help, her voice effectively muffled in velvet and mink, her head getting hot, her thoughts becoming fuzzy, her hair ruined for sure, but worse—she was being carried toward the windows.

She should have known stealing wouldn’t be this easy. Despite all her planning, there were things in the world of thieving she hadn’t taken into account.

Samuel Stafford accepted the sealed message from Lord Grayson, promising to deliver it when he arrived in Alexandria. Egypt was an occasional port of call for him on his Mediterranean route for Stafford Shipping, and often families and business associates asked him to carry correspondence.

“Thank you, Stafford. I appreciate your assistance. There aren’t many ships journeying so far at this time. And there are few non-English vessels known to be so successful in avoiding pirates these days.” Grayson voiced, curious, “I’ve heard it is a family secret?”

Samuel smiled politely. With America unwilling to pay off the Barbary States, few of its ships could count on safe passage after the war with England. Fortunately, his parents had laid the groundwork for secure routes through the Mediterranean. But he didn’t share family adventures with mere acquaintances, so he responded vaguely. “We have been lucky.”

Grayson nodded, accepting the answer. “If you see the duchess, please give her my regards,” Grayson added.

Samuel still had a hard time remembering his wild little sister had an English title. It was so … un-American.

Grayson continued, “She visited before her departure, wanting to borrow a book on Egyptian myths. I understand she’ll be visiting some of the sights in Egypt, and she thought it would be enriching.” He indicated the correspondence. “Lord Merryvale offered her a tour around his current excavation site as well.”

Samuel nodded. “She is an avid reader. It passes the hours at sea. I’ll be certain to share your greeting.”

“Excellent. Please enjoy the rest of the evening, then.”

Samuel looked around at the emptiness of the second-floor exhibit rooms set up for the occasion. They had been given the grand tour earlier, and now the guests happily congregated where music played and champagne flowed. He liked silence. One would think he got enough of it at sea, but London was at times overwhelming, with the sheer number of people in the city.

“Of course,” Grayson replied. “All the second-floor rooms are open in this wing. The third floor is off-limits, but nothing to be missed. Office and study space mostly.”

Samuel waited as the man bowed and excused himself. Once alone, he strolled the open space, making his way through a couple more rooms, enjoying the opportunity to browse at his leisure. It was peaceful, save for the light hum of revelers wafting up from the bottom floor. He didn’t care much for Greek vases, but he wholeheartedly supported the intent of the museum to give free entry to all who wished to look at them and other antiquities they had begun to collect.