NICOLA BARKER’S
eight novels include
Darkmans
(short-listed for the 2007 Man Booker and Ondaatje prizes, and winner of the Hawthornden prize), and
Wide Open
(winner of the 2000 IMPAC Dublin Literary Award). She has also written two prize-winning collections of short stories, and her work has been translated into more than twenty languages. She lives in east London.

From the reviews of
Small Holdings
:

‘This marvellous short novel explodes into action, with Barker letting off fireworks and flares in all directions, performing dazzling verbal gymnastics. She has a great talent for the creation of eccentric characters, and the assorted misfits in
Small Holdings
fizz with playfulness and the author’s obvious delight at her own powers of invention. A hilarious and remarkably assured novel’

‘Funny and intelligent. Barker’s sense of plot and comic timing is faultless: she goes for big effects, which resound brilliantly within the small space her narrative describes, and holds the whole thing together with writing that is resolved down to the last detail.
Small Holdings
paints the big picture on a small canvas, cap -turing in it the universality that is the essence of good writing’

‘Edgy and comic, it succeeds by virtue of Barker’s flamboyant sense of the absurd’

All rights reserved under International and Pan-American Copyright Conventions. By payment of the required fees, you have been granted the nonexclusive, nontransferable right to access and read the text of this e-book on-screen. No part of this text may be reproduced, transmitted, downloaded, decompiled, reverse-engineered, or stored in or introduced into any information storage and retrieval system, in any form or by any means, whether electronic or mechanical, now known or hereinafter invented, without the express written permission of HarperCollins e-books. 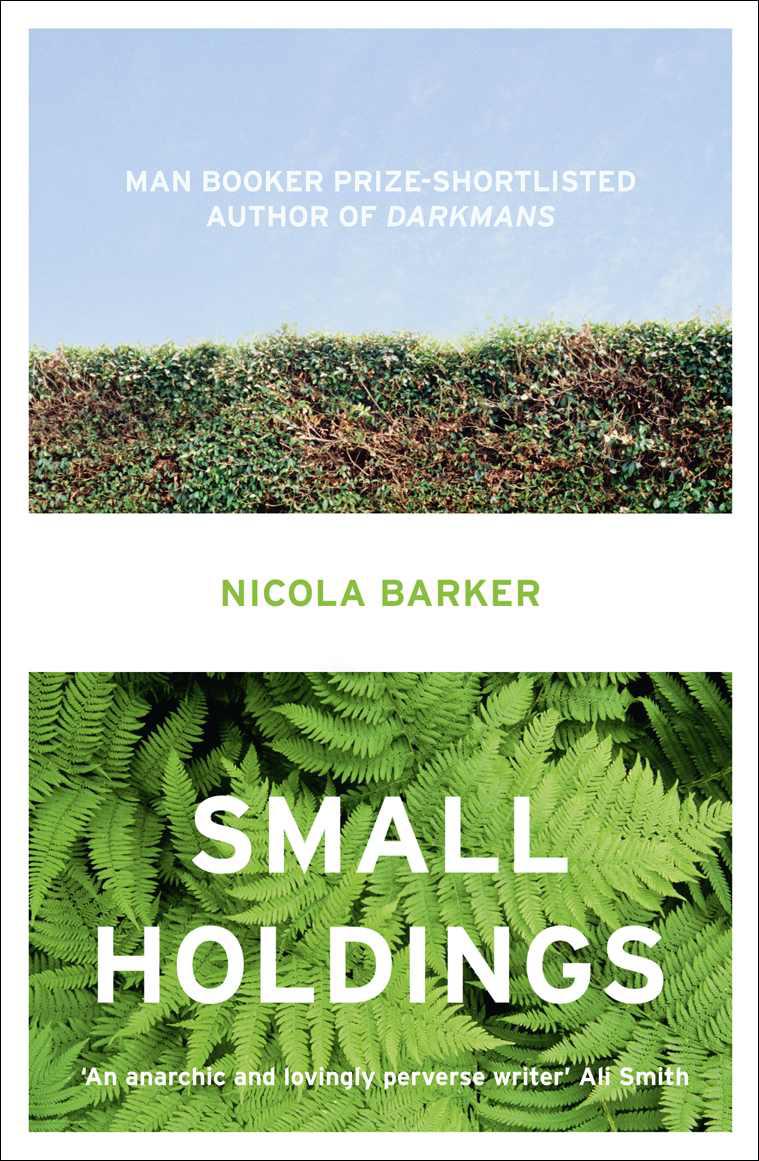