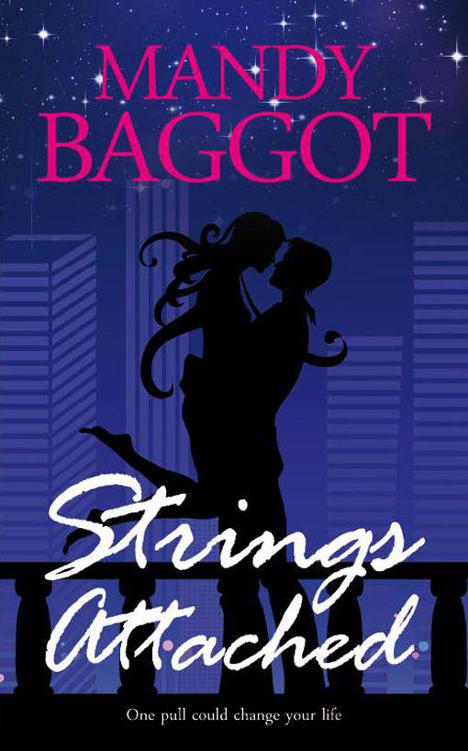 Mandy lives in leafy Wiltshire and has Sting as a neighbour. She lives with her husband, two daughters and two cats (Kravitz and Springsteen). When she isn’t writing she loves to sing and do Lady Gaga impressions (check out You Tube). She will soon be working on her fifth novel – if she can stay off Twitter for long enough.

I've just read your book and thought it was excellent!

It had a real ‘feel good’ factor about it
.
(Excess All Areas)

I was entertained by the book from beginning to end and when I finished reading it, I felt the same satisfied feeling I have after watching a good film. (Breaking the Ice)

The book takes a thorough look at relationships, love, commitment and honesty and all the complicated baggage that comes with the territory. It is chick-lit to its fingertips! (Knowing Me Knowing You)

The author asserts the moral right under the Copyright, Designs and Patents Act 1988 to be identified as the author of this work. All Rights reserved. No part of this publication may be reproduced, stored in a retrieval system, or transmitted, in any form or by any means without the

prior written consent of the publisher, nor be otherwise circulated in any form of binding or cover other than that in which it is published and without a similar condition being imposed on the subsequent purchaser.

This one’s for you Grand
d
ad. You always believed in me and I miss you every day
.

Set the mood for Strings Attached with this suggested playlist!

Wherever You Will Go – The Calling

Have You Ever Really Loved
A
Woman – Bryan Adams

Use Somebody – Pixie Lott

Is This Love? – Whitesnake

(I Just) Died In Your Arms – Cutting Crew

Back in Black – AC/DC

Back to Black – Amy Winehouse

Stay With You – The Goo Goo Dolls

Are You Gonna Go My Way – Lenny Kravitz

‘Damn it!’ George yelled, racing over to the tap with her bloodied finger.

Cuts were an occupational hazard, but this time she’d been slicing up chillies. Sliced pepper, sliced finger, and now the spicy contents of the Mexican plant felt like they were burrowing to her core. This was typical. She was under pressure, she was rushing to get things finished and her mind was on another job. Sometimes multitasking was just plain dangerous.

‘Bugger!’ George roared angrily as she continued to hold her finger under the tap.

What she really wanted to say was ‘f**k’, really, really loud. She wanted to stand in the middle of the kitchen and release the word from her mouth with the ferocity
and venom of a wronged banshee
or
,
maybe
,
Pink. She took a deep breath and tried to swallow down the feeling. Nope, it was still there.

‘You alright? Or are we having flesh sandwiches again?
’ Marisa asked, raising her low-
lighted head to look at her boss.

‘Have you finished buttering yet?’ George questioned in reply.

She wasn’t in the mood for sarcasm, particularly sarcasm with a thick Welsh accent and plenty of attitude. Marisa had already pissed her off singing badly to Beyoncé all morning; she didn’t need her questioning her ability right now.

‘Well, stop worrying about what I’m doing and get on with it. Or it’s only thirty minutes for lunch,’ George told her.

‘That’s like totally not fair, in fact I think it’s against the law,’ Marisa remarked, jabbing her knife into the margarine tub.

Nothing had gone right today. George was short of supplies, the radio couldn’t find a decent station and they were behind schedule. She could also feel a headache coming on. It always started in her ears, a build up of pressure like she was at thirty thousand feet, then the pain would slowly move to the back of her head and spread until it had enveloped her entire skull. Then she couldn’t think, let alone function.  She needed Ibuprofen washed down with a nice cold beer. There was a six pack of bottles in the fridge. They were Mexican too. How ironic was that?

It was only 3.00pm though and having beer would be wrong when she was so busy. She needed to stay focussed, she needed to regain some momentum on the order they were finalising. And drinking beer in the afternoon was highly unacceptable in front of someone as impressionable as seventeen year old Marisa. She already knew Marisa dabbled in alcopops and needed little encouragement. She caught her once, snogging the lad from the butchers outside the Co-op, a half empty bottle of WKD in her hand. At 10.30am. George had laid out Butcher Boy when he’d suggested she ‘f**k off and mind her own business’. Marisa was frogmarched back to George’s and a gallon of strong Costa Rican poured down her neck before she was taken home contrite and hickey ridden. She hadn’t mentioned the alcohol to Helen and Geraint. She knew the evidence of intimacy would be enough to warrant a severe ear bashing for the girl. In truth, George sympathised. She’d been there, done that, worn the rock band motif t-shirts, but she wasn’t that person anymore. She’d turned a corner a long time ago; she was responsible now and awfully
grown-up
. Thirty four in fact.

She let out a sigh and ran her uninjured hand through her short crop of blonde hair. There was still so much to bloody do and Marisa was back to singing. Adele this time. The myth that all the Welsh had voices to die for wasn’t true. In Marisa’s case, she had a voice to die by and that was verging on being kind. The passion was there but the execution wasn’t even debatable. George looked at her watch; thankfully Helen was due back any minute.

The phone rang and Marisa bounded over to it like an overeager puppy, catering hat askew on her head, hair flapping wildly, chewing gum close to spilling out of her mouth.

George cursed under her breath and shook her head in irritation. Every day she had the same conversation with Marisa. Greet the potential customers in a friendly yet professional manner, state the company name, try not to sound like you’re chewing gum even if you are. And do not say ‘hiya’ unless you’re referring to a fee agreement or something on a very tall shelf. Marisa changed grip with the phone and succeeded in wiping egg mayonnaise all over the handset.

‘Tonight? A hundred people? You have got to be joking,’ Marisa exclaimed, her Welsh accent becoming broader and thicker by the second. She almost sounded like she could round up sheep. Without a dog.

George turned off the tap, rushed over to the telephone and relieved Marisa of the call. She shook her cut and burning hand around, hoping the air would cool it.

‘Hello, this is George Fraser, the owner, sorry about that, foreign staff. Can I help? Tonight? Yes, we can do tonight. A hundred people at
the Hexagon
. OK, hot or cold? OK. Yes, that’s not a problem. As it
’
s short notice I would usually charge an additional fee, say - oh - could you clarify that amount, my phone line’s been playing up and - yes that figure is absolutely fine. We’ll see you tonight, bye.’

A smile crossed her face as she replaced the handset. The headache was easing a little; the painful hand was temporarily forgotten. Perhaps today was going to pick up after all.

‘Are you like totally insane? We have Archie Reeves’ sixty fifth birthday party to cater for tomorrow and I don’t know about you but I’m kind of struggling with Katie Murray’s princess shaped sandwiches for the party in like two hours,’ Marisa said, wiping her hands on her apron and planting them on her hips.

‘Marisa, I thought we talked about telephone answering again this morning. I thought we decided you were going to say ‘Good
morning Finger Food’ or ‘Good a
fternoon Finger Food’ depending on the time of day. I thought we said that ‘hiya’ was categorically banned,’ George said, looking at her young employee.

‘We did, but like I was trying to be efficient and ‘hiya’ just comes out quicker.’

‘OK, well, telling a potential customer that they have got to be joking isn’t efficient, it’s bloody rude. Rude might be the trend right now if you’re Puff Daddy, or P Diddy or whatever he’s calling himself, but it won’t wash here,’ George told her.

Shit. She was starting to sound like her mother. ‘It won’t wash here’. What was she thinking? This was what the stress was doing to her. It was starting to make her talk like someone from the 1950s, or Nigella, pouting over her pert meringues.

‘I was just thinking time management, you know, getting to the point,’ Marisa answered defiantly.

‘You’re lucky we didn’t miss out on two grand.’

Despite the words she’d chosen she had to hammer the point home.

‘Two grand! Jesus! Just for a hundred people! Is it for Elton John?’ Marisa exclaimed her eyes bulging.

‘It’s an afte
r-
show party at
the Hexagon
, obviously I’ll pay overtime. Could you call Callie, Alison and Bianca, see if they can help serving?’

‘OK, well someone else who’s helped us out before, but not Gina. I know it isn’t her fault she’s got a brace but she spat over everyone’s food at Mr and Mrs Wong’s wedding anniversary.’

‘She does do that a lot,’ Marisa admitted.

‘Right, so do you want me to help you with the sandwiches?’ George offered.

She could never be angry with Marisa for long and the news she was going to get a large fee had considerably improved her mood.

‘Why couldn’t the spoilt little madam have butterfly sandwiches instead of princesses? I can do butterflies and she had butterflies last year. She totally enjoyed picking all the wings off, knowing they took me bloody ages to stick on,’ Marisa moaned, scowling like an irritated child.