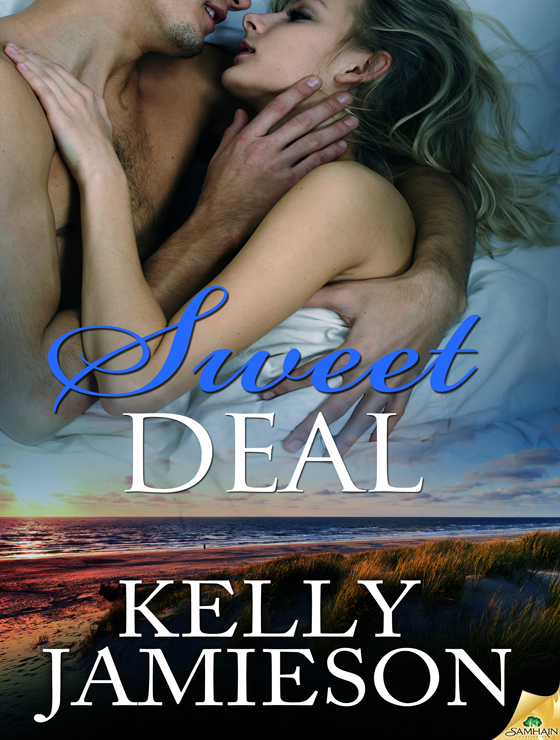 Shelby approached her boss’s corner office with all the enthusiasm of approaching the cockroach exhibit at the zoo. Stomach in knots, she sucked in a long, slow breath and straightened her shoulders. She knew why he’d called her to his office. Everyone had been waiting all week for the announcement. He’d made a decision about who was going to manage the new claims’ payment system project.

She paused outside Andrew’s door where his secretary sat behind her desk, laughing and talking in low tones with two other women. When she saw Shelby, her smile disappeared and she stopped talking. Both the other women turned to look at Shelby, and their laughter immediately dried up, an uncomfortable silence thickening around them.

Shelby smiled at the women. “Hi, Susan,” she said brightly. “Andrew wanted to see me.”

Shelby poked her head in the office at the same time she gave a few soft raps on the door. Sunlight poured in through floor-to-ceiling windows, flooding the plush carpet with light and illuminating the green leaves of the tropical plants arranged in one corner. Andrew sat behind his desk at the far end of the spacious room, his dark blond hair gleaming in the bright light.

A smile spread across his tanned face when he saw her. “Shelby.”

He pushed back from his desk and rose. He strode from behind the L-shaped furniture and walked toward her, warmth sparkling in his hazel eyes, his expensive suit tailored to his broad shoulders. Only two years older than she, he’d already risen to the position of Director of Project Management at Gold Shield Insurance.

“Hey, nice dress.” His eyes moved admiringly over her. “Is that new?”

Her smile tightened just a fraction. “Yes, it is. Thanks.”

“Have a seat.” He gestured toward the round table where they often had meetings and she pulled out a chair, sat and crossed her legs. She set her leather-bound notebook on the table and folded her hands over it, trying to ignore the fluttering sensation inside her.

Andrew pulled out a chair and dropped into it with an easy, athletic grace. He swept a hand over his short hair. “So, you probably know why I wanted to meet with you.”

Her stomach cramped even more, but she kept her smile firmly in place. “I assume it’s about the payment project.”

“Yeah.” His own smile broadened. “I can finally announce who’s going to be the project manager on that one.” His eyes glowed with fondness as he gazed at her across the table.

His words were no surprise. She’d known he was going to tell her that. But the sudden accumulation of saliva in her mouth and the churning of her stomach made her afraid she was going to vomit right there in her boss’s office.

She wanted to protest.
No, not me,
she silently insisted.
Please not me. This is a huge mistake.

But Andrew waited with an expectant smile for her reaction. Feeling almost dizzy with the effort to not burst into tears, she pulled her mouth into what she hoped resembled a smile. She tried to speak, but the words stuck in her throat.

“Thank you,” she finally managed to croak. “I’m so happy.”

About how he kept giving her the best projects to work on even though other project managers had more experience than her. About how she’d been promoted while others who’d been at Gold Shield much longer than she had—men and women—were passed over. About how she and Andrew often had coffee together. And lunch together.

“There’ll be some travel involved in this project,” Andrew said. “We’ll need to go to New York next month.”

“We?” The question squeaked out before she could stop it, but once again she already knew the answer. Her stomach swooped again.

“Yeah. I’ll be coming with you,” Andrew said easily, leaning back in his chair and smiling again. “I plan to be fairly involved in this project, since it’s so high profile.”

“And costly,” she added unhappily, eyeing him across the table, her fingers curled around the edge of her notebook.

“That too.” His brow creased just a little. “But it’ll have a big impact on customer service. You’re happy about this, aren’t you, Shelby?”

“Of course I am!” Again, she stretched her mouth into a smile. “You know I’m always interested in new challenges. In learning more. Although, I do think Brad Amando would have had a lot to contribute to this project. He has a lot of experience working with both those departments and he’s very smart.”

Andrew frowned. “Well, yeah, you can tap him as an additional resource if you want to bring him into the project team. But
you
will be the manager.”

She tried to relax her tight fingers, tried to calm the flock of fluttering birds in her abdomen. She could do it. Truthfully, heading it up
was
exciting. She
did
love a challenge. She
wanted
to take on additional learning opportunities. She
wanted
to advance in the company. And she desperately, painfully, wanted to keep this job.

She needed to keep that confident façade firmly in place, even though on the inside she couldn’t help but wonder if Andrew’s faith in her was somewhat misplaced. She’d been successful in the other projects she’d been involved in since starting at Gold Shield Insurance a year ago, but even that hadn’t completely rebuilt the confidence that had been eroded at her last job.

And working her way up wasn’t that much fun when she was as popular with her coworkers as a telemarketer at dinner time.

“This weekend is the big company picnic,” Andrew noted, his eyes still fastened on her with disturbing warmth. “You’re coming, of course?”

Another opportunity to network and socialize with management. She knew how important those social events were.

“We should go together,” Andrew said.

What the hell? Go to the picnic together? Her stomach bottomed out and her mind raced. That was such a freakin’ bad idea. She had to get out of this! But how?

“With you and your wife?” she asked, heart thudding wildly.

Yeah, that wasn’t good. All the other spouses would be there. That was how it went at Gold Shield. Even kids would be there. The social committee had been busy organizing events for the younger guests, including volunteers who would supervise the kids so the adults could still have a good time on their own.

Shelby sucked briefly on her bottom lip, her mind still searching for a way to get out of this. There was no possible way she could go to the picnic with Andrew. People were talking about them enough already, and would be even more after the announcement about the new project was made public.

Shit. She lifted a hand and pushed her hair back. “Actually,” she said, trying desperately for light and casual. “I’ve been seeing someone and I was going to bring him to the picnic.”

Andrew’s brows snapped together and his posture tightened. “Oh,” he said. His gaze lasered onto her. “Really? I didn’t know you’d been seeing someone.”

Now his eyebrows flew up. “Really?”

Although that wasn’t entirely fair to Andrew. Despite all the favoritism he’d seemed to show her, she couldn’t say for sure he had anything more than business on his mind. He’d never been overtly inappropriate. He’d always been friendly and encouraging, even though she’d felt an uncomfortable twinge of unfairness at some of the decisions he’d made, and his most recent statement that they’d be travelling together made her want to squirm in her chair.

The temperature in the room dropped by several chilly degrees. “You never mentioned him before,” Andrew said slowly.

True. In their coffee chats they talked about their personal lives as well as work, about Andrew’s wife and her issues with his workaholic tendencies, about Shelby’s friends and social life. The usual kind of chit-chat you have with coworkers—“What did you do this weekend?” “Went to a movie with friends on Friday night, then Saturday night was my friend Riley’s birthday so the girls went out for dinner.” That kind of thing.

How was she going to find someone to bring to the picnic? She was so screwed.

Jake Magill smiled at the cute barista behind the counter as he accepted his coffee from her, then turned and walked out of the coffee shop. He had a million things to do back at the office, and he should’ve sent his assistant to get his coffee for him, but he’d needed a break, needed to get up from his desk and move, even if it was only down the elevator and across the street. Sitting in his office all day, in the same routine, day in, day out, doing the same things, was turning him into a stagnating nutcase. Sometimes he just had to get out of there.

Outside on the downtown sidewalk, he stopped. It was a beautiful summer day in Rocky Harbor, California, the sun shining, the sky a clear, cloudless blue above the office buildings surrounding him. Tables and chairs were arranged under a yellow-and-white-striped awning outside the coffee shop, every table occupied with people sipping their coffees, chatting in pairs, a few people there alone reading the newspaper. A man was hosing off the sidewalk in front of the next building, filling the morning air with a fresh, damp scent.

His eyes fell on the blonde sitting at the end of the small patio. She was alone again.

One corner of his mouth kicked up. He saw her there almost every day ordering her skinny cinnamon latte, while he ordered his Americano. Their eyes had caught, assessed, warmed. They’d said hi a few times, had made a bit of small talk, but had never
really
talked. But he’d imagined they had.

He figured her to be a secretary. Or should he say, sexetary. Long blonde hair, bedroom eyes and big boobs all added up to sex in his mind. The little suits and dresses she wore hugged her curvy body, and heels added inches to her petite height, drawing attention to the hottest pair of legs he’d seen in recent memory. She was like a kitten, but a sexy kitten, soft and cute and little.

She looked up and their gazes connected in the way that sometimes happens when you’re checking someone out and they seem to sense it. Her lips lifted into a smile, recognizing him from all the mornings they’d seen each other there.

What the hell. Yeah, he had work to do, but dammit, he deserved a coffee break before the mind-numbing boredom of his job drove him around the bend. The beautiful summer day made him want to sit at one of those tables too, and enjoy the sun, the warmth, the fresh air. Every table was occupied, but there was an empty chair at the little sex kitten’s table. Why not?

“Hi,” he said with a smile as he approached her, carrying his coffee. “Mind if I join you? There are no empty tables.”

She returned the smile, though the shadow he saw in her eyes had him pausing. “Sure,” she said. “I was just leaving anyway.”

A lie. He wouldn’t mind disturbing her. He started to turn away.

He slowly pulled out the chair and sat. “Okay, but don’t run away on my account.”

“I’ll finish my coffee.” She lifted the cardboard cup with its domed plastic lid.

“Your skinny cinnamon latte.” The faint cinnamon scent drifted across the table.

They shared a smile. “Yes.”

Rebel Belle by Rachel Hawkins
An Unforgotten Bet: (A Contemporary Romance) by Marcucci, Emily
Today Will Be Different by Maria Semple
If You Still Want Me by CE Kilgore
Forbidden Valentine: A Forbidden Novel by Valentine, J.C.
Strangers and Shadows by John Kowalsky
A Carnival of Killing by Glenn Ickler
The Burnt Orange Sunrise by David Handler
Only You (A Sweet Torment Novel) by Ryan, Joya
The Infection by Craig Dilouie