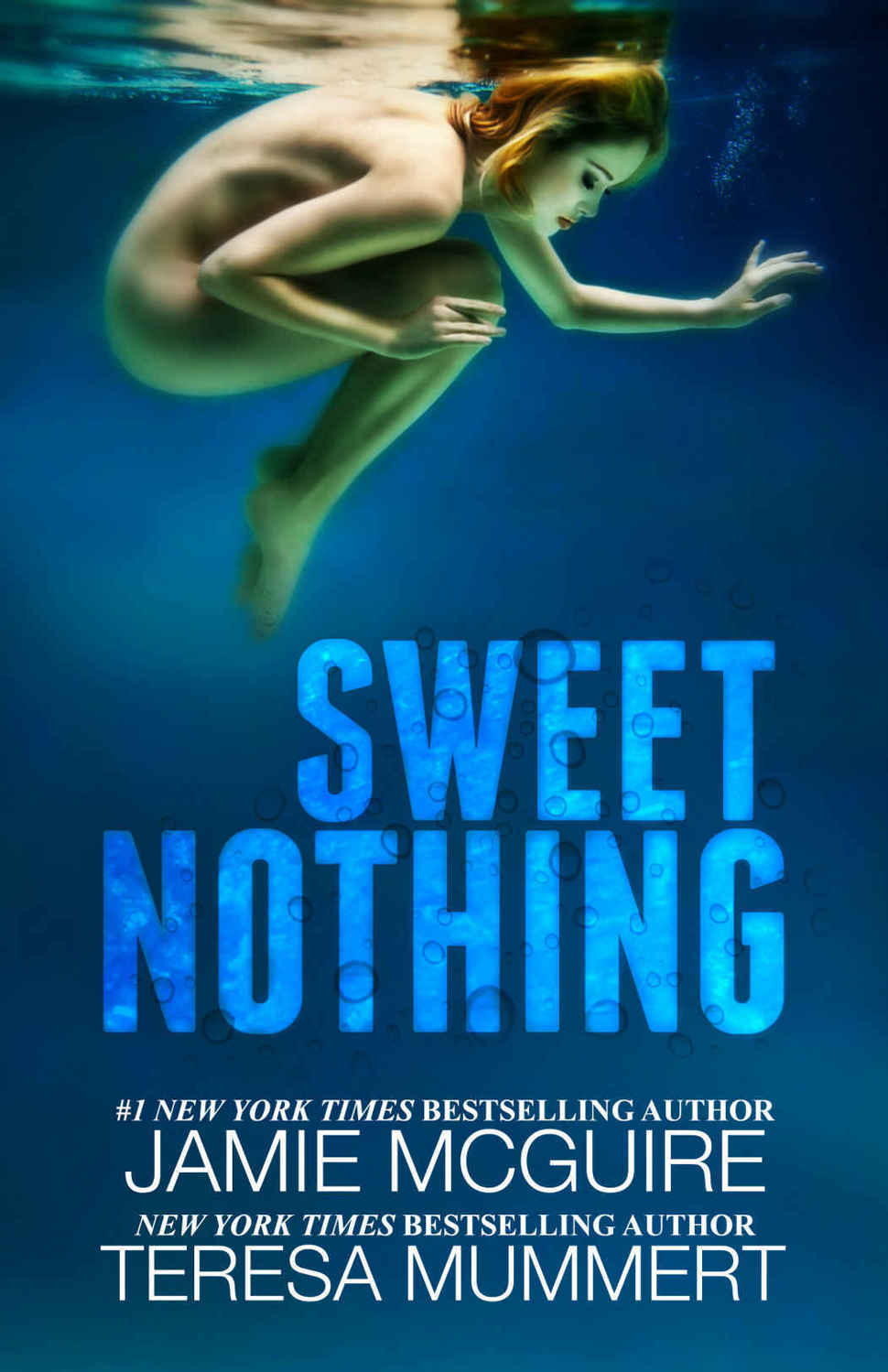 All rights reserved. This book or any portion thereof may not be reproduced or used in any manner without the express written permission of the publisher(s) except for the use of brief quotations in a book review.

To Michelle Chu, thank you for your unwavering support.

To Misty Horn, thank you for reminding me that people can be kind without expectation.

To Joshua, my own lucky penny. Together we make cents. ;)

As I pulled up to the light at the intersection of Holly Road and Jackson Avenue, all I could think about was a hot shower and grabbing a beer with my partner, Quinn. We’d earned it after the day we’d had, helping rescue thirteen passengers from an overturned bus.

My phone lit up in my hand as I flipped through my contacts to find a woman who might want to join us. I could use a little company to take my mind off everything else. I paused and hovered my finger over Cara, a bleach-blonde with a smart mouth, who happened to be very flexible. I’d hooked up with her a few times in the past, and I knew I’d have to delete her soon before she thought our get-togethers were something more serious.

A birthday card from Quinn still sat on my dash, tossed there the week before. Twenty-six years was plenty of time to find love, settle down, and grow up. I spent my work hours in a meat wagon, more than just witnessing some of the most horrific and tragic events around Philadelphia—most nights, I was elbow deep in them. I’d earned the right to blow off steam, even if it meant using someone else to help me forget. I’d been ignoring the pang of guilt that accompanied the thought of a meaningless fling since I’d moved to Philadelphia.

I glanced at the comically ugly Prius to my left, locking eyes with the uptight nurse who had given me hell only hours before. Quinn and I had delivered four patients to her ER that day, and her first words to me were telling me how to do my job.

“You’ve got to be fucking kidding me.” I smirked at her, even though my body struggled to make even the simplest movements after my long shift in the back of the ambulance. “Jacobs, right? St. Ann’s?”

Her face screwed into a disgusted frown. “Don’t pretend you didn’t know.”

Readjusting my grip on the worn steering wheel of my sixty-nine Alpine White Barracuda Fastback, I stepped on the gas pedal to allow the Mopar to purr.

Jacobs curved up her lips. I could tell the day had dragged on just as long for her in the ER. The meticulous bun I’d seen hours before was now hanging in sun-kissed wisps, framing her tired face. Her pink scrubs still held the brown stain near the collar from when she had run into me, sending her pudding flying and expletives exploding from her plump lips. She had berated me for not watching where I was going without a second of flirtation. She didn’t like me, and I liked it—a lot.

I opened my mouth to speak again, but she did her best to rev her baby-shit-green Prius, its sorry excuse for an engine barely making a sound.

My window complained as I cranked it down further, motioning for her to do the same. Her window slid smoothly the rest of the way inside her doorframe as she cocked her head to the side, listening.

I have her attention.
The nervousness I felt surprised me. Jacobs had intentionally and successfully ignored me since the first time I had brought a patient to her ER. Now that we were alone and she was speaking to me, I wasn’t thinking about the usual smut running through my mind. Instead, I found myself embarrassed. Thanks to the ER break room gossip and my penchant for nurses, Jacobs likely knew about half my trysts.

“You got something to say to me?” Jacobs asked.

“I don’t know what that noise was, but I think your car just soiled itself,” I joked.

She pretended to be angry. “I’ll have you know my car gets great gas mileage and has a minimal carbon footprint.”

“Seriously? Was that your best attempt at talking shit? I’m disappointed, Nurse Ratched.”

Jacobs showed me her middle finger but was unable to contain her giggle. It was fun to watch her unravel from her uptight shell.

“Oh, come on now. At least let me buy you dinner before you proposition me.” I glanced at the red light ahead of us before looking back at her.

Her mouth hung open, unable to form a witty retort.

After recouping from the level of self-satisfaction only a Prius owner could understand, I smiled. “Me and some friends are hitting O’Malley’s. Why don’t you tag along?”

“Are you asking me out?”

My memory flashed to the first time I’d seen Jacobs in the ER as she tried not to stare at Dr. Rosenberg. Everyone else seemed oblivious, but I couldn’t help but notice her lingering gaze, and the thin silver band on his left ring finger. Jacobs, however, wore no jewelry.

I couldn’t compete with a guy like Doc Rose, even if he was out of reach for her. Jacobs wasn’t the gated-community type, but she had her bar set high. She was attracted to the white lab coat and tie—the stable, sophisticated type. I was the guy who’d always done just what I needed to get by, no more and no less. If I was honest, my father had pulled strings to make sure I had a career at all. I had been too busy partying and spending the small savings my grandfather left me when he’d passed away.

I had been a cliché, and a pathetic one at that. Rarely came a night when I didn’t take home a college freshman only to kick her out hours later with some lame excuse of having to work in the morning. I didn’t make connections or share my feelings—I had no reason to—but graduation changed everything. I’d been thrust into the real world, alone. Part of me liked it that way. If you didn’t get close, you couldn’t get hurt when they left you.

“It’s not a date,” I said, rubbing my palm against the back of my aching neck.

I struggled not to look like a desperate douchebag. I didn’t do dates, and she was way out of my league, but there was something about this girl I wanted to explore—and I didn’t mean just her panties. “I just thought … maybe you could use a drink.”

My gaze dipped to her mouth, my foot accidentally pressing down on the gas pedal again. Jacobs was the fucking unicorn—the one we all talked about but could never seem to capture. She was smart, knew her shit at work, and didn’t resort to dumbing herself down for guys who showed her attention. Instead, she walked with confidence, knowing she was the kind of woman who could hold out for the right guy. Unfortunately for her, the guy she thought was right for her was married to someone else, and she wasn’t a woman who would take what wasn’t hers.