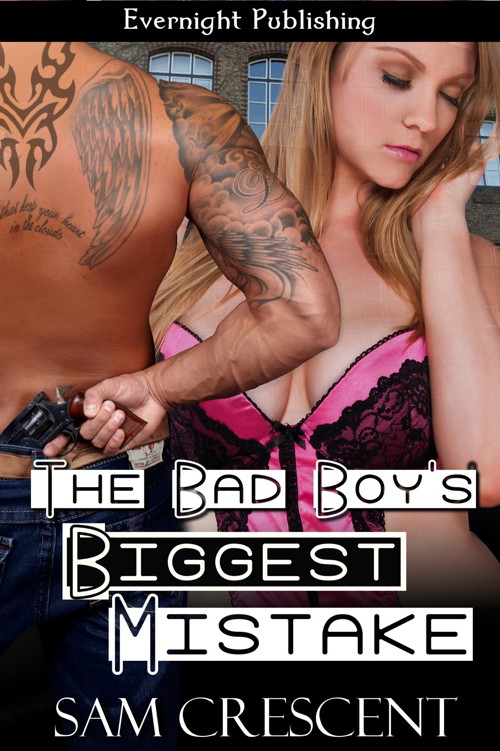 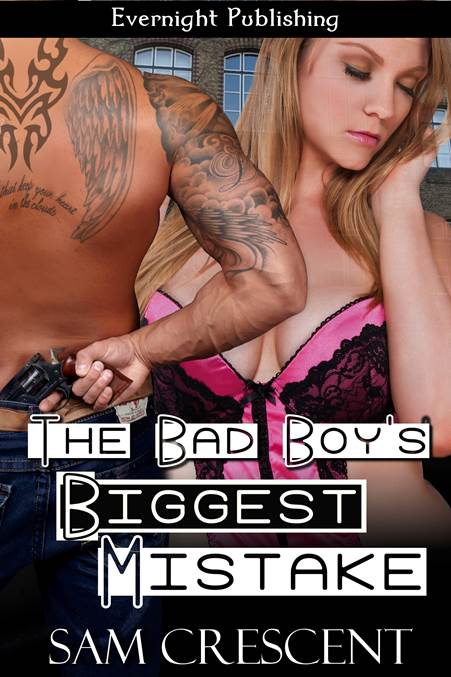 This book and entire series is

to Stacey
Espino
. She
is an amazing writer and provided the inspiration for this book. Thank you so
much and I always look forward to your next release.

One year before
the shooting at The Dugout

Tristan Carmichael looked up to see Vicki Burke
walking out of the Sherriff’s office. Night had fallen in Law Castle, and he
didn’t like the thought of the young woman walking home. He was over twenty
years older than she, but he couldn’t think of a single reason why he shouldn’t
be helping her. He was the Sheriff of the town, and Law Castle was a town he
loved.

The day he’d been elected as the Sheriff was the day
he finally settled down. Gazing down at his hand, he noticed the bareness of
his finger where once a wedding band had been. He knew he should wear the ring
that bound him to another woman, but he couldn’t bear to wear something that no
longer symbolised anything to him.

Going against his better judgement he followed Vicki
out into the night. Her long blonde hair fell down her back in glorious silken
waves. The summer heat meant she wore the smallest white summer dress he’d ever
seen. All of her curves were on display. She was only twenty, yet those curves
made his mouth water, and he yearned to reach out and claim her for his own. He
didn’t doubt she had men knocking at her door, panting to get close to her.

“Vicki,” he said, gaining her attention.

She turned around at the sound of her name. The
frown on her face evaporated as she saw him.
“Sheriff?
What can I do for you? I’ve not been causing any trouble. I’ve been a very good
girl.”

Her hands went to her hips, which made him look at
the flare of those curves. Tristan could imagine gripping those hips as he
thrust inside her tight cunt. He had no doubt she was a good girl, but he’d bet
money she could be bad if she really wanted to.

“What are you doing in the station at this time of
night?” he asked.

“Go and check the front desk. I figured you’ve been
keeping this town clean, so you all deserve a reward.”

Vicki turned away. Tristan took a few seconds to
admire the sway of her backside before going after her.

“It’s dark, and it’s night. I wouldn’t want anything
to happen to you,” he said.

“It’s Law Castle. Nothing ever happens here.” She
folded her arms under her breasts.

“Still, a young lady like
yourself
shouldn’t be walking alone tonight. Let me walk you home.”

Cocking her head to the side, Vicki observed him.
“Okay, you can walk me home.”

Tristan fell in beside her. The lemony scent he
associated with her wafted over to him in the breeze. He’d never smelt anything
so amazing before. At forty-five years old he’d seen it all and done it all.
He’d fucked many women and had even experienced being under a male. When he’d
been training to be a dominant in the city he’d taken everything the club he’d
been a member of threw at him. Fucking men, check.
Taking on
two subs, check.
Learning everything they could teach him, check.

Getting that pesky divorce, not
checked.
He couldn’t bring himself to divorce Kate even
after five years of separation. She wanted something he couldn’t give her.

Forcing the thoughts of Kate to the back of his mind,
Tristan followed in step beside Vicki.

“It’s a lovely night,” she said. Her arms swung out
in front of her. Tristan wished he could be as carefree as she was.

“The bikers’ festival and picnic are in a few
weeks.”

The Law Castle Bad Boys were a group who took
protecting the town very seriously. Tristan had a lot of respect for the group,
the main reason being they brought a lot of revenue to the town. The group were
known for double- or triple-teaming women. Some women from the city went to Law
Castle to get away from the stifled life that civilisation expects. In Law
Castle you could be what you wanted and do what you wanted, as long as it
didn’t break any laws.

“I’m always there. I try to get Stefan to let me
have a go on his bike. He always refuses.”

Stefan Jackson was one of the men in charge of the
Bad Boys group. Tristan didn’t like him for the interest Vicki showed in the
man. From what he’d heard Stefan had been put in charge of taking care of Vicki
in her parents’ absence. The Law Castle Bad Boys took the care of their
children, especially daughters, seriously.

She stopped outside her house. Vicki lived a few
feet away from the main square of town. Her car was parked in the driveway.
He’d learned her parents had moved away as they couldn’t handle the small town
life, and her mother wanted a change. Her father wasn’t too happy about being
away from his only daughter. Vicki had stayed in Law Castle and turned down a
higher education to remain in town.

“This is my stop, Sheriff,” she said.

“When we’re alone call me Tristan.”

Her smile lit up his whole world. She ran fingers
through her blonde tresses. The only fault he saw with the young woman was the
lack of meat on her bones. Tristan didn’t understand women’s needs to be super
slender. He loved a woman he could hold on to.

Hold
up. She’s not yours to hold on to.

“
Erm
, would you like to
come in for coffee?” Vicki asked.

Everything inside of him was screaming at him not to
go inside. Vicki was too damn young for him, and he was still fucking married.

Those words were going to haunt him for the rest of
his life. Tristan knew it down to his very soul.

She walked up the driveway. He watched as she slid
the key into the lock and walked inside. Her hand rested on the drawer unit
next to the door as she removed her sandals. She went from being below his chin
to the top of her head reaching his chest. Vicki was so tiny.
Too tiny.

His mouth had gone dry. The flare of her skirt
revealed her smooth tan legs. He wanted to know if she was wearing any panties.
Fuck, he was insane.

The age difference between them was really messing
with his head. He liked Vicki. She was a sweet woman, and the way she talked he
almost forgot she was only twenty.

She leaned over the sink and filled the kettle. He
watched as her hand reached for two cups. Her hands were shaking.

He needed to do something to stop the ache inside.
Against his better judgement once again, he took a step closer and then another.

Vicki couldn’t believe she’d invited Tristan into
her home. She’d been crushing on him for as long as she could remember. He was
powerful, handsome, and everything she’d dreamt about in a man. Her parents
would disapprove of the age gap. They didn’t want her to ever suffer, and so
they tried to protect her the best way they knew how—by dictating everything
she did. Staying in Law Castle was her only guarantee that she could live the
life she wanted instead of what her family wanted.

She turned around and cried out as Tristan stood
right in front of her. Vicki dropped the cups, and they smashed on the floor.
He wrapped his hands around her waist and lifted her onto the counter. She
couldn’t speak as his hands went to her thighs.

“I’ve seen you watching me, Vicki,” he said.

“I like watching you. You’re a handsome man.” Her
voice sounded breathless even to her. She tried to hide her inexperience, but
her whole body quivered at the touch of him. Her body had never known the touch
of a man.

Midnight Rainbow by Linda Howard
The Fish Kisser by James Hawkins
Sins of the Titanic (A James Acton Thriller, #13) by J. Robert Kennedy
Glass Ceilings by Hope, Alicia
Messenger of Truth by Jacqueline Winspear
Miami, It's Murder by Edna Buchanan
The First Kaiaru by David Alastair Hayden
Criminal Mischief by Stuart Woods
The Cure for Death by Lightning by Gail Anderson-Dargatz
Tie My Bones to Her Back by Robert F. Jones