The Big Book of Pain: Torture & Punishment Through History 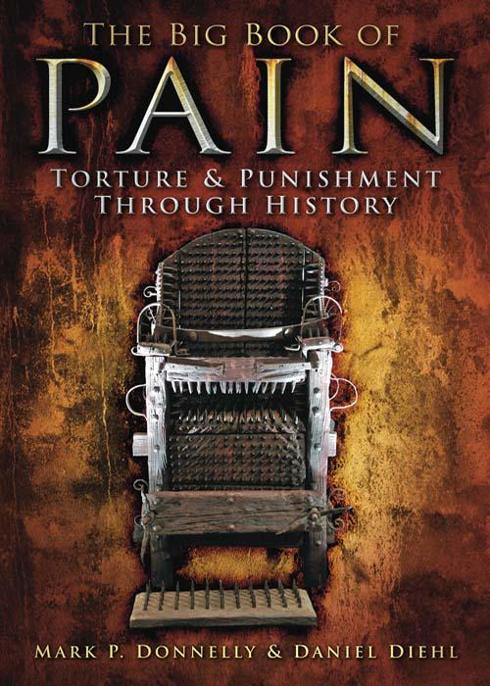 The past is a foreign country, they do things differently there.

L.P. Hartley (from The Go-Between)

When reason sleeps, monsters are born.

Within this gibbet, the condemned would be forced to sit and wait for starvation, dehydration and exposure to take their inevitable effect. It was a slow and public death.

The coward wretch whose hand and heart

Can bear to torture aught below,

Is ever first to quail and start

From the slightest pain or equal foe.

Man torturing man is a fiend beyond description. You turn a corner in the dark and there he is. You congeal into a bundle of inanimate fear. You become the very soul of anesthesia. But there is no escaping him. It is your turn now…

SECTION II: A HISTORY OF TORTURE

1 Torture in the Ancient and Classical World

2 Torture in the Medieval World

3 Torture in the Age of Reason

4 Reforms of the Eighteenth and Nineteenth Centuries

5 Torture Around the World

SECTION III: AN ENCYCLOPEDIA OF TORTURE

1 Torture by Burning and Branding

2 Torture by Crushing, Smashing or Breaking

SECTION IV: CONCLUSION: WHAT DOES IT ALL MEAN?

By the Same Authors

The authors extend their thanks and gratitude to our editor at Sutton Publishing, Mr Jim Crawley, for his continued patience and assistance. Thanks are also due to Paul Hares for additional information on the Spanish Inquisition; to Mr Matteo Cantini of the Mueseo della Tortura e della Pena di morte di San Gimignano (via San Giovanni 123, 10a) and the Museo della Tortura di Volterra (piazza XX settembre 3/5) for allowing us to photograph items from their collection; to Miss Samantha Acciuffi (
www.acciuffidesign.eu
) for her photographic and translation work, and finally to Kevin Duncan for debugging Dan’s computer.

O
ver the many months required to compile this book we have been repeatedly queried as to why, over the past few years, our work has taken such a macabre turn. Undoubtedly the fact that this book has come out so soon after our work on cannibalism,
Eat Thy Neighbour
(The History Press, 2006), has fuelled these questions. One pundit went so far as to suggest that we might have done well to entitle this work ‘Beat Thy Neighbour’. Humour aside, as historians we believe that the most important lessons history has to teach us are not all pleasant ones. As Dr Benjamin Franklin once said: ‘Those who will not learn from the mistakes of the past are doomed to repeat them’. With this simple dictum in mind we have once again set out to write a book that not only provides an interesting and informative journey into mankind’s darker nature, but which also tries to analyse the ‘whys’ and ‘hows’ of the subject at hand without becoming bogged down in political jargon or scientific double talk. Since learning that
Eat Thy Neighbour
has been adopted as required reading by a number of American University courses in aberrant human psychology, we feel justified in taking this approach to our subject and hope that
The Big Book of Pain
is as well received as its predecessor.

One of the greatest challenges we have faced in writing this book has been to find agreement on precisely what constitutes torture. According to the United Nations Convention Against Torture, no distinction can be made between actual, physical torture and what they term ‘cruel and degrading treatment’, which the UN interprets as any form of interrogation which results in prolonged mental harm; what is sometimes referred to as ‘post traumatic stress syndrome’. Amnesty International seems to feel that nearly any deprivation of freedom of action, be it chaining a victim to a wall or simple incarceration, is an abuse of basic human rights and therefore constitutes torture. The United States government, on the other hand, seems to feel that torture only qualifies as torture if it was inflicted with the specific intent of inflicting long-term physical or mental damage. Even by comparing and contrasting these few definitions it becomes obvious that opinion varies greatly as to what does, and does not, constitute torture. Unlike the learned men and women who compile such official reports for the press and public studies, we are not psychologists, psychiatrists, human rights campaigners nor members of a governmental or military organisation trying to justify our methods of interrogation. We are historians. Therefore, like any good historian, we have decided to take a completely objective and pragmatic approach when deciding what punishments and forms of physical abuse to include in this book; if it walks like a duck and quacks like a duck it is, in all probability, a duck.

We have also made the conscious decision not to include the vast variety of torture methods invented during the twentieth century in this work. The horrors of Nazi Germany’s gas chambers and the all-too-common use of cattle prods and automobile batteries to inflict pain on human beings are well enough known to almost any socially aware reader for us to need to recount them between these covers. Rather, we have undertaken an examination of the various methods and approaches to torture which varying societies have engaged in over the centuries. Working within these broad parameters we have come to understand that there are two basic reasons why governments inflict torture on supposed criminals and enemies of the state. First is the extraction of information. This information may take the form of a personal confession or, just as often, be related to forcing a prisoner to reveal the names of co-conspirators in some real or imagined plot. Second is the use of torture as a form of punishment. While torture as punishment is not as prevalent as it was two centuries ago, it remains alive and unwell in many countries and cultures around the world. In the words of Peter Benenson (founder of Amnesty International): ‘Torture is banned, but in two-thirds of the world’s countries it is still being committed in secret. Too many governments still allow wrongful imprisonment, murder or “disappearance” to be carried out by their officials with impunity.’

Torture, however you choose to define it, is still used to some greater, or lesser, extent almost everywhere and will probably remain so for as long as the cops have to beat confessions out of the bad guys. If we are to be completely honest, without at least the threat of physical violence and/or imprisonment, virtually no perpetrator would confess to their crime, or crimes, and society would break down completely.

While we offer no solutions to the problems presented in this book, it is our earnest hope that our efforts will allow you, the reader, to gain a better understanding of the many reasons why the human race has steadfastly clung to the practice of torture since we first stood erect and organised ourselves into the earliest, primitive societies. That mankind has done so is a fact. That we have known for more than 2,000 years that confessions extracted under severe torture are virtually worthless and that torture as punishment does nothing to deter crime, makes this fact all the more tragic and appalling.

Having stated our small justification for, yet again, taking on such a grim topic we will leave you to enjoy the rest of the book in peace. Like most of you, we find over-extended introductions to be a most egregious and uncivilised form of torture. As you pick your way through the catalogue of horrors recounted in the upcoming pages, please bear in mind that the torture masters whose handiwork we describe were highly skilled professionals: do not try this at home. 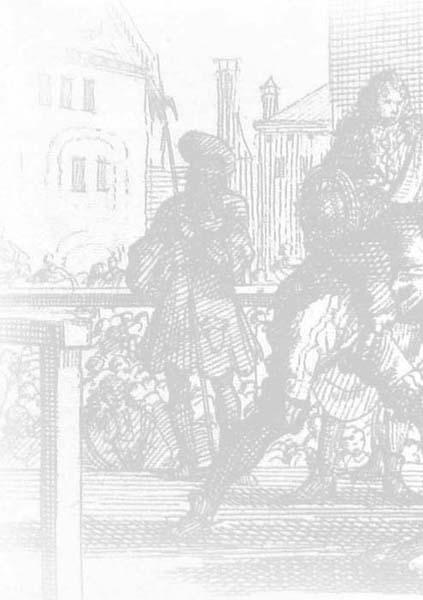 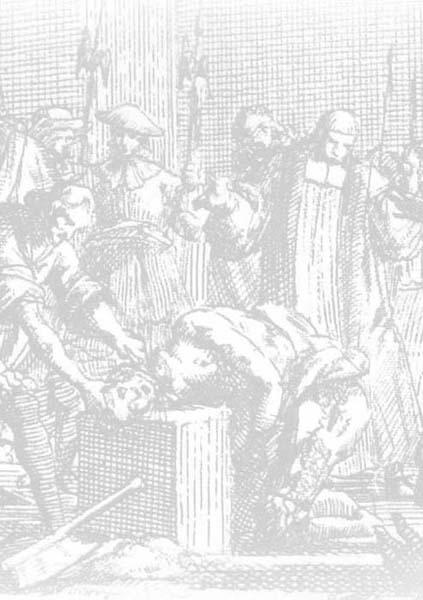 Stripping Down Science by Chris Smith, Dr Christorpher Smith
To Tempt an Irish Rogue by Kaitlin O'Riley
Devil's Food by Kerry Greenwood
Hot For You by Evans, Jessie
The Princess and the Rogue by Jordan St. John
Itsy Bitsy by John Ajvide Lindqvist
GhostlyPersuasion by Dena Garson
So in Love by Karen Ranney
Seventh Enemy by William G. Tapply
End of the Road by Jacques Antoine