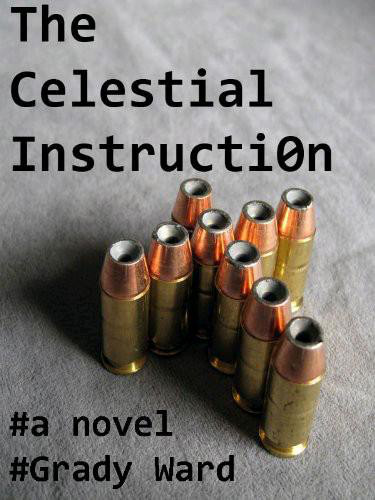 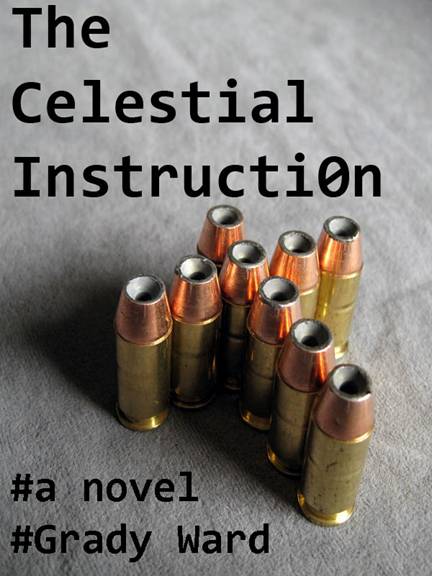 “
The West was hefting rocks while the East was fletching quarrels. Now,
the West ignores its systematic vulnerability to network attacks, even as it
depends more heavily upon its networked civilization. Meanwhile, China has
learned the power of tongues: it knows how to cast spells. Spells that can
bind, blind, confuse, and behead.”

This is a work of fiction. Names,
characters, places, and incidents either are the product of the author’s
imagination or are used fictitiously, and any resemblance to actual persons,
living or dead, business establishments, events, or locales is entirely
coincidental.

To the shadows on the Internet: may
they be only allegorical.

As a senior software engineer for Apple
Computer, Inc.; a security-cleared contractor assessing software quality at the
Naval Underwater Systems Laboratory in New London, CT; and after rooming with a
founding member of MIT’s hacker community, I realized a few things have not
changed in the intervening decades:

One: every instruction I selected and
wrote would affect hundreds of thousands—if not millions—of people worldwide;

Two
:
no one—not even myself—understand
all the implications, side-effects, vulnerabilities, limits, and black-swan robustness
of my own code, much less aggregate code of dozens of other engineers working
to a tight deadline;

Three
:
justified by defensive,
offensive, commercial, or ideological goals, governments with the resources to find,
exploit, or even insert backdoors or covert channels in that code are altering
the social contract that they do not do so.

Pray they do not alter it further.

“It’s a good day to burn down my
house,” Joex thought as he fidgeted with the pouch of Amble shag in his pocket
and regarded the contents of the bindle that lay at his feet. Joex picked out a
well-read copy of The Ruined Map, imperfect binding dropping pages swollen from
moisture, from what was to be saved and tossed it into the cardboard floor of
his old home. The ground was popping and crackling as it dried from the
overnight rain.

“Joe X Baroco—my most central character
in my cursed-again life—time to put the shiv in Shiva.”

Home for Joex in this case was two
corrugated cardboard boxes roughly fitted together, covered haphazardly with a
patchwork of plastic sheeting in blue, black, and various cataracts of
translucent white. While it would be hard to say that Joex’s shelter was
further dilapidated than when he had built it several days earlier, this
burning, this casting-off, was his customary auto-da-fé before setting off for
new prospects.

Since the first rule for choosing a good care-free
rough camp—isolation—had to be tempered with the inconvenience of wandering too
far from the fringe of cities that could support professional beggary, Joex
compromised by choosing his site at the edge of the forest only if there were
no evidence of recent travelers. This site had been as close to perfect as he
could find. Only about half a mile from the nearest town, on the same edge as a
minor campus of a state university, there was enough mud, roots, bramble and
crenulated bluffs to discourage most idle ramblers. The weather held no
invitation either, being a cold March day, the last rain recent enough to see
its sodden residue.

As most people who lived at the edge of nature,
Joex got up at first light. In the few smoky minutes it took to engulf his
home, he finished knotting his bindle, dodging his head to avoid the choking
black smudge of plastic and damp paper. His knees hurt and his middle-age frame
would not miss a few pounds. He considered his options as he felt the turbulent
heat.

Joex always felt better after setting a fire. As a child, he would
steal matches from his father; they would blaze with a flash of brimstone when
scratched on the side of the little white boxes. His father would sit in his
high-backed chair groaning under his shifting weight and relentlessly draw on
his pipe, gripping a dingy tumbler of Christian Brothers sauterne. The briar’s
coal glowed into a solar fury then cycled to a cyanotic gloom as he thought of
his secrets. And again.

The little boxes said Mo’s Billiards or The Olde Bide Tavern and Joex
would rattle them in his eight-year-old fingers like castanets waiting to use
them when he was alone. Sometimes at night, after visiting in solitude for
hours with his hot pipe and jug wine, his father would clumsily lay out his knives
in a perfect X on the dining room table. The smell of cloves and warm stropping
leather penetrated the haze of the Cherry Blend followed him into the room. His
father then would fetch one of his hidden pistols that just barely filled his big
hand—the old heavy 1911, which itself had the lingering smell of Hoppe’s No. 9—and
lay it down in a particular way in one of the crotches of the cross of knives. While
his mother screamed and swore, his father would push the pistol a tiny bit this
way or rotate it a tiny bit that way, never seeming to get it perfectly aligned.
Joex, waiting for the inevitable sudden violence, would break off the wooden
heads of his stolen matches and store them in his steely bag along with the tiny
tubes of orange cement.

Later, after school, when he was invisible, he would glue the
match heads into glyphs that he would burn onto door and floors wherever he
could. He loved the smell of the burning dope mixed with the eye-watering
sulfur. Joex did not reflect on the meaning when he left a pentagram or
swastika or peace symbol burning into the floor of a little-used elevator parked
in the basement of a nearby mid-rise. However, he knew invoking the symbols
meant power.

The elevator was an old one with a pegged control wheel intended
for an attendant to guide patrons to their floors. Abandoned, it more often now
served as a one-dimensional control for kids like Joex to exert a primeval power
in their lives. Up/down/up/up/down/up/down. Each nudge of the control would
cause great noisy relays to engage and disengage, echoing in the dark throat of
the elevator’s abyss. A Turing machine for the illiterate. But no one
challenged him and no one cared.

Joex remembered the year his father died driving his new Plymouth
Duster. Nevertheless, it was not his father’s death that he remembered most.

He, his mother, and his little sister had returned from the
memorial service. His mother had a cardboard box, like a family-sized Chinese
takeout, of ashes to dump. The family separated to their own rooms, not crying,
not saying anything in the dark and cooling house.

Joex got bored and went out into the chilly October air. The
family was living in Day’s Harbor, a small town on the Puget Sound that had not
made up its mind whether it was 4-H and county fair rural or whether it resigned
itself to aging into a decrepit suburb of Seattle. The incoming evening fog had
a peaty smell of rotting hay and alfalfa clumped within corrugated drainage
tunnels and in deep ditches lining the gravelly road.

Wandering along the crunching road, not thinking much of anything,
rattling a box of matches in his pocket, Joex saw a car parked on the sketchy
patch of lawn in front of a darkened house. Back in the day he had already
broken the feeble street lamps with his slingshot, so no one could see him
undoing the gas cap of the old Chevy. He pushed his snot rag into the rich
smell of gasoline. Not really thinking about it, he lit the rag with a match from
one of his father’s boxes. He smelled the sulfur and walked on, not looking
back. A block away, he heard nothing, but saw a faint long shadow dance ahead
of him in a shimmering, blossoming orange mirage. Then as suddenly as if the
elevator peg changed direction, Joex was afraid, of death, being caught by his dead
father, of drowning in the frigid Sound. He ran the long way back to his shabby
house, crushing and scattered the tiny box of matches as he went. Joex never
investigated what he had done.

Years later Joex realized that the only time he really thought of his
father that day was when he smelled the brimstone of the flaring match.

The sharp crack from the smoky cardboard fire snapped Joex to
attention. “Did I leave something in my house before lighting it?” He blankly
considered that his entire set of belongings that could entirely fit into both
of his hands was lying in his knotted and ready bindle in front of him. He
heard another cracking bang, louder, as if a thick snow-laden branch had broken
off over his head. A tiny geyser of dirt jumped out in front of the hot smoking
boxes. Then another crack.