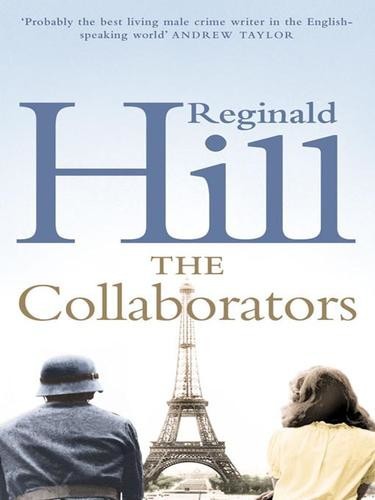 For permission to reprint copyright material the author and publishers wish to thank the following: Éditions Gallimard, for quotations from the work of Louis Aragon and Jean-Paul Sartre; Les Éditions de Minuit, for two extracts from Paul Éluard’s collection
Au rendez-vous allemand;
and Macmillan, for a quotation from Vercors’
Le silence de la mer.

She dreamt of the children.

They were picnicking on the edge of a corn field, Pauli hiding from his sister, Céci giggling with delight as she crawled through the forest of green stalks. Now she too was out of sight, but her happy laughter and her brother’s encouraging cries drifted back to their mother, dozing in the warm sunshine.

Suddenly there was silence, and a shadow between her and the sun, and a shape leaning over her, and a hand shaking her shoulder.

She sat up crying, ‘Jean-Paul!’

‘On your feet, Kraut-cunt. You’ve got a visitor.’

It was the fat wardress with the walleye who pulled her upright off the palliasse. A man in a black, badly-cut suit was standing before her. Without hesitation or embarrassment she sank to her knees and stretched out her hands in supplication.

‘Please, sir, is there any news of my children? I beg you, tell me what has happened to my children!’

‘Hat?’ She was used to cruelty but not to craziness. ‘What do I want with a hat? Is the magistrate bored with the sight of my head?’

‘Your examination’s over, woman. Haven’t you been told? She should have been told!’

He spoke with a bureaucratic irritation which had little to do with human sympathy. The wardress shrugged and said, ‘She’ll have been told. She pays little heed this one unless you mention her brats. Now, put on the hat like the man says. See, it’s like one of them Boche helmets, so it should suit you.’

She was holding an old cloche hat in dirty grey felt.

‘Why must I wear a hat? This is lunacy!’

‘Janine Simonian,’ said the man. ‘The examining magistrate has decided that your case must go for trial before the Court of Justice set up by the Provisional Government of the Republic. I am here to conduct you there. Put on the hat. It will hide your shame.’

Janine Simonian was still on her knees as if in prayer. Now she let her arms slowly fall and leaned forward till she rested on her hands like a caged beast.

Impatiently the wardress dropped the hat on her skull, but immediately Janine tore it off and hurled it at the official.

‘No! Let them see what they’ve done to me. I’ll strip naked if you like so they can see the lot. Let them see me as I am!’

‘That will be the purpose of your trial,’ said the official, retrieving the hat. ‘Now, if you please, madame.’

’Madame,
is it? What a lot of changes! A hat, and
madame.
What’s wrong with Kraut-cunt? Or Bitch-face? Or Whore? Oh, Jesus Christ!’

She screamed as the wardress twisted her arms behind her and locked them together with handcuffs so tight that they crushed the delicate wrist-bones beneath the emaciated flesh.

‘You’ll hear worse than that before the trial’s over, dearie, never you fret,’ said the wardress, ramming the hat down over her brow with brutal force. ‘Now, on your feet and follow the nice man, though it’s a waste of time and money, if you ask me. Straight out and shot, that was the best way for your kind. I don’t know how they missed you.’

‘Keep your mouth shut, woman,’ ordered the court officer. ‘You’re a Government employee. Show some respect for the law.’

The wardress glared resentfully at his back as she urged Janine after him.

‘Jumped up fart-in-a-bottle,’ she muttered.

She got her revenge twenty minutes later as they paused outside the courtroom. Suddenly Janine lunged her head at the jamb. She gave her skull a sickening crack but she dislodged the hat. The official stooped to pick it up, but before he could retrieve it, the wardress had pushed Janine through the doorway.

On the crowded public benches, the ripple of expectancy surged momentarily into a chorus of abuse then almost instantly faded into an uneasy silence.

They had been expecting to see a woman they could hate. Instead they found themselves looking at a creature from another world, whose pale, set face, eroded to the bone line by hunger and cold, was completely dehumanized by the high, narrow dome of the shaven skull. In the six months since that first punitive shaving, her head had been razored three times more as an anti-vermin measure. Now the shadows of regrowing hair, and the scars and sores where the razor had been wielded with deliberate or accidental savagery, gave her skull the look of a dead planet. Even the jury, selected for their unblemished Resistance records, looked uneasy. There were only four of them. The new Courts of Justice were desperately overworked and personnel had to be spread thin. Janine, indifferent to change or reaction, fixed her gaze on the single presiding judge and cried, ‘Please, Your Honour, I don’t care what you do to me, but if you have any news of my children, please tell me. Surely I’ve a right to know, a mother’s right.’

For a moment the plea touched almost every heart, but at the same time it made her human again and therefore vulnerable, and they had come to wound.

‘Probably the little bastards’ve gone back to Berlin with their dad!’ a voice called out.

Eager for release from their distracting sympathy, the majority of those present burst into laughter. But this died away as a man on the benches reserved for witnesses leapt to his feet and cried angrily, ‘You’re wrong! Take that back! The father of this whore’s children was a hero and a patriot. Don’t slander him or his children. He couldn’t help his wife and they can’t help their mother.’

Again the courtroom was reduced to silence under the contemptuous gaze of the speaker, a man of about thirty with prematurely greying hair and a face almost as pale and intense as the prisoner’s. He leaned heavily on a stick, and on the breast of his smart black business suit he wore the ribbons of the Médaille de la Résistance and the Croix de l’Ordre de la Libération.

This time the judge, a grey-faced, tired man of perhaps fifty, broke the silence.

‘Monsieur Valois,’ he said. ‘We are delighted to see you restored to health and honoured to have you in court, particularly as your testimony is, I understand, essential to the prosecution of the case.’

Now his tone changed from polite respect to quiet vehemence.

‘However, you must remember that during the course of this trial you are as much subject to the discipline of our country’s laws as the prisoner herself. Therefore I would respectfully ask that you offer your testimony in due order and form.’

Christian Valois subsided slowly and the judge let his weary gaze move unblinkingly over the public benches. He had lost count of how many of these cases he had had to deal with since the Courts of Justice had finally creaked into operation here in Paris last October. He knew there was work enough to keep him busy for months, perhaps years to come. Well, it was necessary; justice required that those who had betrayed their country’s trust should be brought to account, and the people demanded it. But it was well for the people to know too that the days when the Resistance wrote its own laws were past, and the judiciary was back in control.

Satisfied that his point was made he said, ‘Now let us proceed.’

There was some legal preamble, but finally, in an intense silence, the charges were read.

‘Janine Simonian, born Crozier, you are accused that between a date unknown in 1940 and the liberation of Paris in August 1944 you gave aid and comfort to the illegal occupying forces of the German Army; that during the whole or part of this same period you acted as a paid informant of the secret intelligence agencies of the said forces; that you provided the enemies of your country with information likely to assist them in defeating operations and arresting members of the FFI; and more specifically, that you revealed to
Hauptmann
Mai, counter-intelligence officer of the German
Abwehr,
details of a meeting held in June 1944, and that as a result of this betrayal the meeting was raided, several resistants were captured and subsequently imprisoned, tortured and deported, and your own husband, Jean-Paul Simonian, was brutally murdered.’

The official reading the charges paused and the spectators filled the pause with a great howl of hatred. Janine heard all the abuse the wardress had promised.

She looked slowly round the room as if searching for someone, her gaze slipping as easily over the anxious faces of her parents as all the rest.

‘Janine Simonian, you must plead to these charges. How do you plead? Guilty or not guilty?’

She sighed deeply, seemed to shrug her thin shoulders and spoke inaudibly.

‘The court must be able to hear the prisoner’s plea.’

Again that shrug as if all this was irrelevant.

But now her eyes had found a face to fix on, the pale, drawn features of the man called Christian Valois, and she raised her voice just sufficiently to be heard.

The Constantine Affliction by T. Aaron Payton
Matter of Time by Alannah Lynne
Lady Blue by Helen A Rosburg
Shadow of a Broken Man by George C. Chesbro
Return To Sky Raven (Book 2) by T. Michael Ford
Deadly Fall by Ann Bruce
Requiem's Hope (Dawn of Dragons) by Arenson, Daniel
The Metaphysical Ukulele by Sean Carswell
Revelations: Visions, Prophecy, and Politics in the Book of Revelation by Elaine Pagels
Forged in Grace by Jordan E. Rosenfeld