The Deptford Mice 2: The Crystal Prison 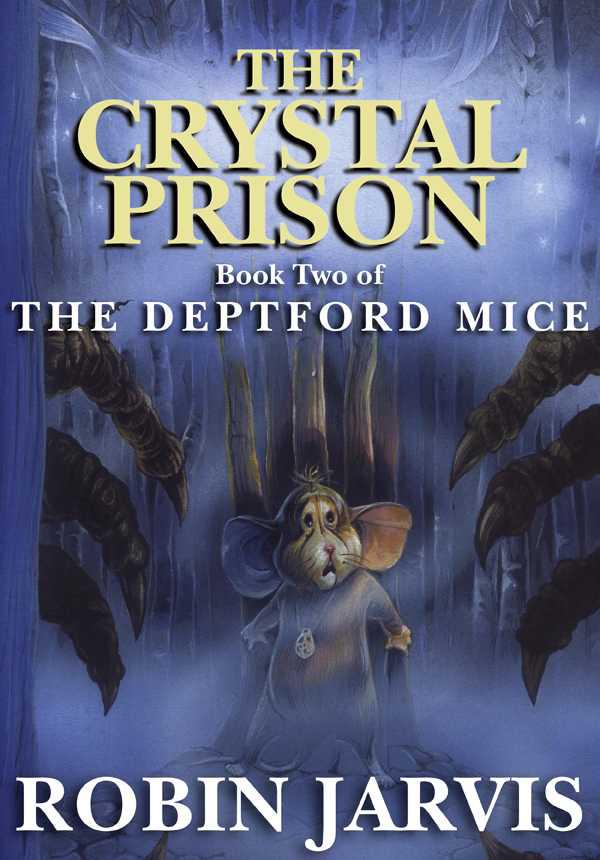 4. A Draught of Sunlight

5. A Meeting at Midnight

12. Hunters in the Night

Read an extract of The Final Reckoning

The Thorn Ogres of Hagwood

Thomas
TALES FROM THE WYRD MUSEUM

The Fatal Strand
THE WHITBY WITCHES

A Warlock in Whitby

The Author hereby asserts his moral rights to be identified as the Author of the Work.

All rights reserved. No part of this publication may be reproduced, stored in a retrieval system, or transmitted, in any form or by any means, electronic, mechanical, recording or otherwise, without the prior permission of the publishers.

This book is sold subject to the condition that it shall not, by way of trade or otherwise, be lent, re-sold, hired out or otherwise circulated without the publisher’s prior consent, this condition being imposed on the subsequent purchaser.

Robin Jarvis writes: ‘Whenever I am asked where I get my ideas for books and characters, I always wish I could come up with some weird and wonderful answer: “I dream them,” for example, or, “I get inspired whenever there’s a full moon.” But, unfortunately, neither of these is true. Like many writers, I sometimes base my characters on real people (or parts of real people) and sometimes they are the complete product of my imagination. But they generally all start as a sketch or drawing and then take shape as a character is developed around them.

‘I started making sketches of mice because they were the smallest things I could think of to draw. When I sent them to a publisher, I was asked if there was a story to go with the drawings. At the same time there wasn’t, but I sat down and thought of a project visually and drew a story board as though I were making a film. I had envisaged it as a picture book, but it became a 70,000 word manuscript, and the basis for The Dark Portal.

‘My editor thought this manuscript would make a trilogy because it was so long. So I went away and cut it, and then came up with new ideas for books two and three of The Deptford Mice Trilogy – The Crystal Prison and The Final Reckoning. And I’ve been writing ever since.

‘I can’t think of a better way to earn a living!’

For the rest of my family, who now live
without the light of my father

Tends to dream. She likes to look her best and wears lace and ribbons. Audrey cannot hold her tongue in an argument, and often says more than she should.

Fat and jolly, Arthur likes a scrap but always comes off worse.

Gentle wife of Albert and caring mother of Arthur and Audrey. Her love of her family binds it together and keeps it strong.

Silly old gossip who gets on the nerves of everyone in the Skirtings.

Arabel’s son is an albino runt. Oswald is very weak and is not allowed to join in some of the rougher games.

A cheeky young mouse from the city, Piccadilly has no parents and is very independent.

A black rat from Morocco. She used to tell fortunes until her mind was broken in the chamber of Jupiter.

A travelling trader mouse – he journeys far and wide selling his goods and singing lewd songs.

A venerable old squirrel who lives under the Greenwich Observatory. Her motives are good but her methods are cruel.

Twit’s parents, Gladwin is Mrs Chitter’s sister but ran away from Deptford when she was young after she found Elijah injured in the garden.

A staunch Green Mouser. He is a bitter, grim figure but many of the fieldmice listen to his ravings.

A jolly mouse who suffers at the paws of his father.

A country beauty who flirts with all the boys. She is vain and loves to preen herself.

Five young friends who delight in climbing the corn stems and seeking adventure.

A wicked barn owl who loves mouse for supper.

A very sensible mouse who has been elected to the honourable position of the King of the Field.

Mysterious spirit in the mouse mythology. He is the essence of all growing things whose power is greatest in the summer.

The Crystal Prison
is the second book in the story of the Deptford Mice, which began with
The Dark Portal.
In Book One, Audrey and Arthur Brown, two innocent town mice, are drawn into the sewers beneath the streets of Deptford in search of Audrey’s mousebrass
–
a magical charm given to her by the Green Mouse, the mystical spirit of Spring. Deep within the underground tunnels, the two mice discover the nightmare realm of Jupiter, the unseen but terrifying lord of the rats.

Audrey and Arthur are helped by a number of characters: Oswald, a sickly albino mouse often mistaken for a rat; Twit, Oswald’s cousin and a simple country mouse; Piccadilly, a cheeky young mouse from the city; and Madame
Akkikuyu,
a black rat who ekes out a living peddling potions and telling phoney fortunes.

The Deptford Mice discover that Jupiter is concocting a terrible plan
–
to release the Black Death upon London once again. However, with the help of the Green Mouse, the mice confound Jupiter’s plot and lure him out of his lair. To their horror, they discover that Jupiter is not a rat at all, but a monstrous cat, grown bloated and evil by years of hatred in the sewers.

Audrey throws her mousebrass into Jupiter’s face; it explodes and sends the giant cat tumbling into the deep sewer water. As he struggles to save himself, the souls of his many victims rise out of the waves and drag him down to a watery death.

It was a hot day in Deptford. A terrible stench hung over the housing estates, and increased as the sun rose higher in the sky. It was strongest on a building site near the river. There the air was thick and poisonous. The builders themselves choked and covered their faces with their handkerchiefs.

At the edge of the site, next to the river wall was an untidy pile of yellowing newspapers. They lay in a mouldering heap amongst the loose bricks and spreading nettles. It was here that the stink began.

One of the builders came trudging up, his worn, tough boots waded through the weeds and paused at the newspaper mound. A scuffed toe tentatively nudged some of them aside and a dark cloud of angry, buzzing flies flew out. Revealed beneath the papers was the rotting body of an horrific giant cat.

Jupiter was dead. The evil lord of the rats had met his end weeks before in the deep, dark sewer water. His immense body had sunk to the muddy bottom, where underwater currents pulled and swayed his corpse this way and that. Slowly he rolled out of the altar chamber and through a submerged archway.

Into the tunnels he had drifted, turning over and over in the water. One minute his grisly unseeing eyes would be staring at the arched ceiling above and the next glaring down into the cold dark depths. As he rolled over in this way his great jaws lolled open lending him the illusion of life. Like a snarling demon he turned. But he was dead. For some days Jupiter bobbed up and down in the sewer passages until stronger forces gripped him and suddenly, with a rush of water he was flushed out into the River Thames. The gulls and other birds left him well alone, and for a while all fish abandoned that stretch of the river.

The Royal Elite: Ahsan (Elite, Book 2) by Bourdon, Danielle
Customize My Heart by Richard, By Bea
The Trouble-Makers by Celia Fremlin
Love & Marry by Campbell, L.K.
Ship of Fools by Richard Russo
Now and Then by Rothert, Brenda
After Summer by Hailey Abbott
Deal with the Devil by Stacia Stone
Tecumseh and Brock by James Laxer
The Visconti House by Elsbeth Edgar