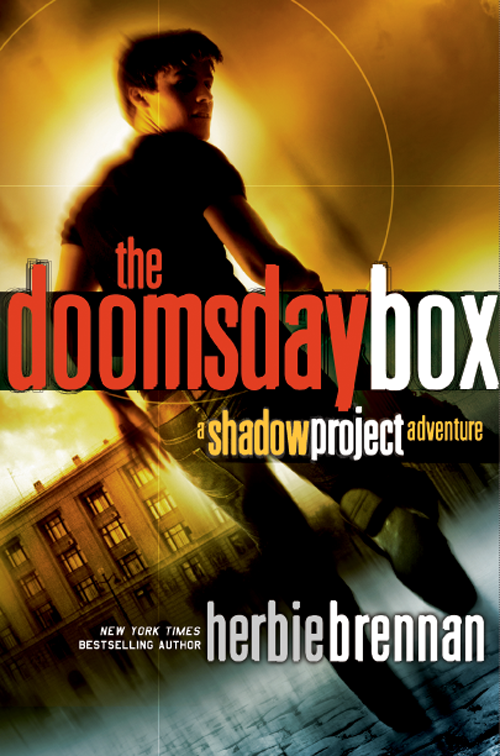 For James and Penny with much love

O
pal fastened the strap around her ankle and stood up to admire her new shoes. The school uniform didn't helpâthat frumpy pleated skirt!âbut at least she could get an idea. She grinned at the image in the mirror. Fab shoes: no doubt about that. Very red, very high heels (would she actually be able to walk in them?), and those crisscross straps were something else. Her father would have a fit!

On the other hand, her girl friends would be green with envy.

“Walk up and down a bitâget the feel,” the assistant suggested. “Don't just look in the mirror.”

Opal did as she was told, teetering a little. “I'm not used to high heels,” she said apologetically. The Project frowned on high heels.

“They do take some getting used to,” said the assistant, as if he had personal experience. “But they suit you, dear. Stand by the mirror and put one foot ahead of the other like a model. That's right.Â .Â .Â . Oooh, you've set me all aquiver!”

They were hideously expensive, something else her father would go mad about, even though Opal was going to buy them with her own money from the Project. She
deserved
nice shoes. The Project was hard workâdangerous tooâand she
still
had to find time for school. She
definitely
deserved nice shoes.

She left the shop in her old flat black pumps (regulation school issue, along with the pleated skirt), but the box in the bag seemed to be calling out to her, singing a little tune.
New
shoes,
high
heels, red, and
absolutely perfect
whatever her father was going to say. She wondered if she dared wear them at the Project. (There was no official dress code, of courseâmost of the operatives slopped around in jeans and sweaters, except for her father, who always wore a suit, and Mr. Carradine, who sometimes did.) That would liven up the office. She could just see her father's face. Not that she would be wearing the outfit for her fatherâreally, secretly, she would be wearing it for Michael.

She could imagine his face too, probably just as shocked as her father's. He was cuteâboy, was he cute!âbut he was just the tiniest bit uptight about some things. She didn't know why she went out with him sometimes. Well, she did, but he could afford to loosen up a little.

Opal glanced in the window of the shop she'd just left. They were featuring a pair of shoes in green that were quite nice. Maybe she would have been better off buying
them.
She thought about it for a nanosecond, then moved away. Maybe Topshop would have something to go with the red shoes, something that would get Michael's attention.

Opal glanced at her watch. Lots of time to get to Oxford Street, especially if she took a cab. She turned left, heading for the taxi stand, when somebody grabbed her from behind.

She was so surprised, she didn't even think to scream.

O
pal felt like screaming at her father. There was a strange girl in the office, a peculiar creature with pale skin and pale eyes and pale hair, wearing the oddest clothes. Danny, the newest member of the Project, was sitting beside her, a bemused look on his face. But the worst thing of all was that Michael was there, looking very cool in sweater and jeans while she, Opal, was humiliated within an inch of her life in her
school uniform
!

“Your people practically snatched me off the street,” Opal snapped. “I thought I was being
kidnapped
!”

“It was rather urgent, I'm afraid,” Sir Roland told her mildly. He raised an interrogatory eyebrow. “Passport up-to-date?”

“I don't have one,” Danny remarked, more or less to himself, “on account of not being part of the jet set.”

Sir Roland took an envelope from a drawer and threw it casually across his desk. “Yours has been arranged.”

Danny opened the envelope and shook out a brand-new burgundy passport, gold-embossed with the United Kingdom's
lion-and-unicorn coat of arms. “Shouldn't I have signed something for this?” He casually flipped it open. “Oh,” he said, disappointed. “It's in my own name. Thought I might be going as James Bond.”

“Going where?” Opal demanded. She caught her father's expression and added crossly, “My passport's up-to-date.” As was his, if he was going with them. She had looked after all that sort of thing since her mother died.

Michael always seemed to be one step ahead. Her own father ran the Shadow Project, and
still
Michael seemed to know everything before she did. What was happening in New York that was so urgent she didn't have time to change before they told her about it? And who was the pale girl?

As if reading her thoughts, Sir Roland said, “You haven't met Fuchsia, Danny's new partner. Fuchsia, this is my daughter, Opal. Opal, this is Fuchsia Benson.”

Fuchsia jumped up and skipped across the room. “What's your birth sign?” she asked Opal as they shook hands.

Opal looked at her for a moment, taken aback. But eventually she said, “Taurus.” She didn't believe in horoscopes, of course. Most Taureans didn't.

“Mine's Gemini with Moon in Cancer, so I'm supposed to be fey.” Fuchsia grinned. “There's no scientific proof for astrology, but it's a great icebreaker, don't you think? Michael's a LeoâI asked him before you got hereâso he's all butch and dominant.” Fuchsia's grin widened and she dropped her voice to a whisper. “I asked Sir Roland too, but he wouldn't tell me.”

I'll bet he wouldn't
, Opal thought. She looked at Fuchsia curiously. Only teenagers could be Shadow Project operatives because they had minds that were open enough for the sort of espionage the Shadow Project did, but Fuchsia seemed an odd one. Perhaps she had special talents. Opal gently extricated herself and asked her father, “Why are we going to New York?” Actually, despite being mad at him, she thought New York might be fun. She could definitely find a red dress in New York.

“It's not New York, New York,” her father said. “It's actually Montauk, New York. Gary Carradine will be going with you. He'll be here in a moment to brief you.”

She'd never even heard of Montauk, New York, but she expected all would be revealed when Mr. Carradine arrived. Which he did, almost at once, looking more like Nicolas Cage than ever, although London seemed to be getting to him, since he'd swapped his normal jacket and chinos for a safari suit. He was even wearing a tie.

“Hi,” he said cheerfully, then, more formally to Opal's father, “Have you filled them in, Sir Roland?”

“Where
is
Montauk?” Danny was never one to sit quietly through briefings.

“Southeastern tip of Long Island,” Mr. Carradine told him. “It's a town with a nice beachâit's become a bit of a vacation spot these days. Population triples in the summer.”

“So you're sending us on holiday?” Danny grinned. He was an East London boy with no respect at all for authority, something Opal secretly admired.

Carradine grinned back. “You could say that. It's a mission, but I think I can promise it won't be anything as dangerous as your last one.”

Voices in Summer by Rosamunde Pilcher
Past Tense by Freda Vasilopoulos
Some Things About Flying by Joan Barfoot
The Gorgons Gaze # 2 (Companions Quartet) by Golding, Julia
The Black Hour by Lori Rader-Day
Sunny Says by Jan Hudson
Ramage & the Renegades by Dudley Pope
Blood in the Fire (Timelaws Trilogy) by Marise Ghorayeb
The Betrayal by Mary Hooper
True of Blood (Witch Fairy Series) by Lamer, Bonnie