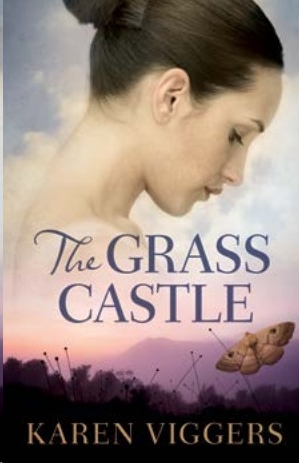 Karen Viggers is a writer, veterinarian, mother and wife. She was born in Melbourne and grew up in the Dandenong Ranges riding horses and writing stories. After finishing her veterinary degree Karen developed an interest in Australian native wildlife and has worked with many different species, including kangaroos. She loves landscapes—especially wild places in the mountains and on the coast—and she loves to escape with her family whenever she can.

Karen lives in Canberra with her husband and two children. She is the author of two published novels:
The Lightkeeper’s Wife
(2011) and
The Stranding
(2008). You can find out more about Karen and her books at
www.karenviggers.com
.

For my parents
Jim and Diana Viggers

confusedly over the mountains

only the monoliths stay

peeling their onion-skin faces back

a thumb’s width in a century.

That the clouds should change so swiftly,

you and I so slowly,

and the mountains least of all.

Night spreads its thick blanket over the valley. There is no moon, no light. Abby is alone in the car park, staring into darkness. She sees a wink of tail-lights somewhere along the road: two red fireflies flickering briefly in the bush. She hears the distant rumble of a car engine going too fast, now slowing for a corner. Then it is quiet. The national park is all around her—she can feel it. The soft hoot of a boobook owl somewhere in the distance. The muffled coughs of kangaroos. Higher up, against the sky, invisible granite crags hunch their stony shoulders. They are watching, always watching.

At the back of the four-wheel drive, she turns on a light and loads the last of her gear: her backpack, the esky. The journalist is gone and she’s not sure what to think; whether she should think at all. Probably not, none of it means anything. He’s a reporter and he was doing his job. That is the extent of it. She must take this afternoon for what it was and surf on, skimming surfaces, landing lightly. It’s the easiest way.

She’s been in the valley since morning, following her kangaroos through their monotonous herbivore day. Early, she tracked her radio-collared animals and watched them bounce among their colleagues before settling to graze. Kangaroos don’t do much, it seems. They sleep, graze, recline, hassle each other. But their movements are points on a map which tells her what their lives are made from: how the range of each animal overlaps, and how this changes when the grass grows . . . or doesn’t grow, as in this drought. Her work doesn’t sound like much, but it forms the shape of her career. She’s a researcher in training—paid almost nothing to wander among kangaroos, taking measurements that might help explain an ecosystem.

The lack of money doesn’t matter, or so she tells herself. Hopefully she will be paid more once she’s established her career. What matters is that she is doing something she cares about, something meaningful, and that she is making a contribution to saving this beautiful, complicated world. Equally important is that she is outdoors, not cooped up in some dreary office bathed in fluorescent light and surrounded by people staring like zombies at computer screens . . . although she does her share of screen-staring too, when she’s entering data or tussling with the strange and slippery discipline of writing up her research.

Working here returns her to her childhood. It reminds her of horse-riding through the bush with her mother, when often a kangaroo would appear suddenly on the track, startling the horses. Abby was always impressed by the kangaroo’s power as it surged away. She loves the way kangaroos move, the elegant efficiency of it. Where else on this planet can you see animals bound so gracefully with a muscular tail for counterbalance? She likes to watch how they interact, the liaisons that form in the mob: bands of mothers with young at foot. Did her own mother tend to her with such vigilance? Surely she must have felt her mother’s attentive hands stroking her hair. But she can’t remember. Ten years since her mother died and she still misses her. There’s a wall in her mind she can’t look behind, places she can’t go for fear of memories.

She switches off the light and slams the back door of the vehicle, pauses and listens to the quiet of the night, the rustle of air moving in the grass. Usually she goes straight home after work, but today the journalist came for the interview, so she stayed late. They talked, and now he is gone, driving back to town in his fancy sports car. The park is empty: just her, the kangaroos, and the wind.

She clambers into the vehicle, starts the engine and puts it in gear. She’s comfortable behind the wheel. Working here day and night, her body knows the road. She can drive almost without thinking.

She comes to the corner where perhaps she saw the journalist’s tail-lights blinking several minutes ago, and she brakes reflexively—it’s a sharper curve than you might think. The four-wheel drive slows smoothly, swings the turn, wheels gripping. Then she sees lights ahead and her heart lurches. It must be him, the journalist. And something must have happened. She knows already what it is.

The WRX is angled across the road, headlights flaring. She pulls up on the roadside and drags on the handbrake. The journalist is standing in front of his car looking down, and he’s folding his hands over and over. She slides out, her boots crunching on tarmac as she walks around the car.

A kangaroo is splayed on the road: its body crumpled, head erect, nostrils wide, ears quivering. The hind legs are skewed, dark clots of blood on its furry coat, a black pool expanding around it like oil. Abby sees the exaggerated lift and fall of the kangaroo’s chest, hears the laboured suck of its breathing. She sees the soft pale underside of the animal’s exposed belly, notices the pouch. ‘Can you turn off your headlights?’ she says quietly.

The bush hisses and sighs and the journalist looks at her, not understanding.

‘Your lights,’ she says. ‘They’re too close and bright. She’s frightened.’

He jerks with delayed comprehension then strides to his car and reaches inside. The road falls to sudden darkness and Abby swallows the beat of panic in her chest. She knows how this must end.

‘Perhaps you could leave your parkers on,’ she suggests.

There’s a faint click and the dim glow of parking lights softens the curtain of night. Cameron, the journalist, is staring at her, eyes and hair wild. He expects something of her—something she knows she can’t deliver.

‘You think it’s a girl?’ he asks, voice gravelly.

Not a girl, she says to herself. A female. Aloud she states: ‘She has a pouch.’

‘I hope I haven’t killed her baby,’ he says.

Pouch-young, she wants to say. It’s called a pouch-young. Even now, with this before her, she can’t suppress her inner scientist. She gazes up and finds a faint sliver of moon edging above the ridge. Then she looks at Cameron, still watching her, his face pinched.

The loaded question. She had known it would come as surely as she’d known what had happened when she saw his headlights on the road. Placing a hand on the bonnet of his car, she tucks her emotions inside. She’ll have to explain it to him as kindly as possible.

Cameron had come to her via her PhD supervisor, Quentin Dexter—an ecologist with an international reputation for scientific excellence. Quentin had handballed Cameron’s phone call on to Abby so she could do a soft-touch kangaroo story. Thanks, she’d thought at the time.
Soft-touch
wasn’t a term she would use to describe her research. She’d tried to worm out of it; she’d never had direct contact with the media before and she was afraid she would say the wrong thing. But Quentin insisted this was part of being a scientist. He said she should get used to it if she wanted an academic career.

Hull Zero Three by Greg Bear
Who Dat Whodunnit by Greg Herren
Deceived by Bertrice Small
Trouble at the Red Pueblo by Liz Adair
Terms of Enlistment 01.1: Lucky Thirteen by Marko Kloos
The Ivy: Rivals by Lauren Kunze
La dama de la furgoneta by Alan Bennett
Two if by Sea by Marie Carnay
A Life In A Moment by Livos, Stefanos
Touched (The Marnie Baranuik Files) by Aalto, A.J.