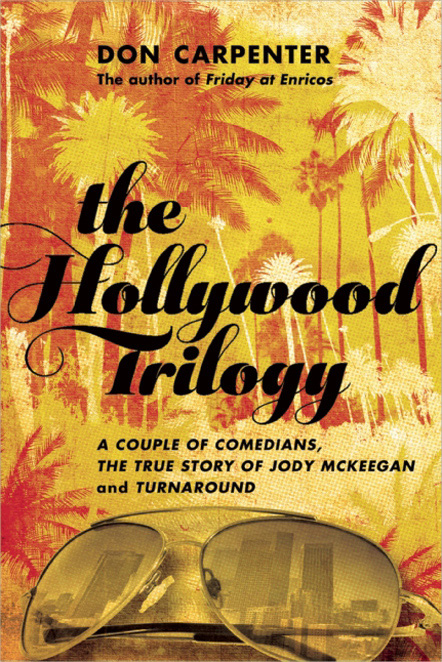 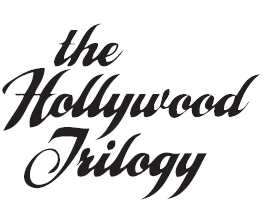 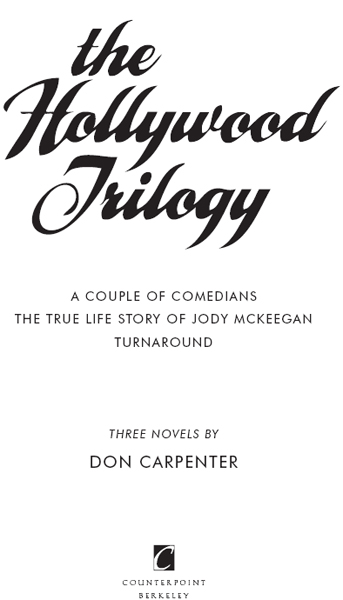 A COUPLE OF COMEDIANS

A COUPLE OF COMEDIANS

I LIVE on a mountain. My ranch sits a couple of ridges below the top, just north of Jack London State Park. A couple of hundred acres of scrub manzanita, madrone and oak, with red and white opalized rock seldom more than a couple of inches from the surface, the whole thing tilted up against the mountain, most of it useless for anything but looking at.

The house is old redwood with lots of windows and a big porch around three sides, all looking out over the valley and the rim of low mountains to the east. Within spitting distance of the south porch is an old swimming pool that has been let go and is full of plants, mosquito larvae and frogs. A newer swimming pool is up the hill and away from the house. You can tread water in the new pool and look out over the Valley of the Moon.

The place used to belong to a screenwriter with a bad case of macho, who bought it from his wife's relatives, although he didn't know this at the time. I used to visit them up there when I was living in San Francisco. The screenwriter is a lanky ugly friendly guy who had grown up in foster homes all over the state. He kept a Thompson submachine gun by his bed, because the ranch is pretty isolated, but the only time he actually used it, at least to tell me about, was one night when there had been a lot of drinking and drug-taking and babbling about crazed bands of longhaired freaks in the hills, and my screenwriter friend was lying in bed later, a couple of hours before dawn, little blue bubbles popping in front of his eyes, with his wife next to him and their five or six children sleeping all over the premises and a couple of drugged up and boozed out Hollywood types on the sleeping porch with God knows what nocturnal habits, and he heard unusual sounds out in the trees. After listening to the noises long enough to work himself into a froth, the screenwriter got up and took his Thompson out onto the back patio. He heard the noises again, coming from the general direction of the trail up
through the trees toward the swimming pool, and without thinking to check on his guests or the whereabouts of anybody else, he let loose a burst into the night, blowing his wife's cat into cat-heaven with an accuracy of fire that had to be seen to be believed. He always told the story on himself not I think to show how spooky it can get up here in the nights, or to demonstrate the need for caution when you have a loaded automatic weapon beside the bed, but for that accuracy of fire. “Just like pointing a finger,” he told me.

Marriage problems caused him to sell the place back to his wife's family, and they leased it out to a woman psychiatrist who got herself mixed up with a real band of deurbanized crazies, and they pissed in the frog pond, drove nails into every wooden surface they could find, left dead animals and broken glass in the swimming pool and set fire to most of the rest of the place. Fortunately it was raining at the time and the house was saved. I picked it up from the screenwriter's former uncle-in-law at greatly reduced prices.

It's nice up here, even in the winter when it rains a lot. There isn't any television, and radio reception is no good except for a station that plays only country-western or religious programs. Things are pretty quiet. The garage is full of old magazines and books with titles like
Colonel Effingham's Raid, Beach Red
and
The Complete Works of Will James
, so there is plenty of stuff to read even without trips down to the general store in the valley where they have two racks of paperbacks and three of comic books.

After one full weather cycle things were getting back to normal. The neat rows of vegetables in the truck garden down in front of the house that had been the pride and passion of the screenwriter's wife were all gone to seed, what was left of them, and the raccoons came around every night in family groups to see what was happening and raid the garbage cans, and there is plenty of other wildlife, deer, bobcats, snakes, black widow spiders under the house and scorpions in the shower, tarantulas the size of your hand, shadowy bands of dog coyotes who never quite come out into the open; mayflies, dragonflies, horseflies, fruit flies and house flies, and of course way back in the hills the very real moonshiners making their own brands of wine and beer just to keep the recipes active until the next wave of prohibition, or so they tell me.

But generally it's quiet, very quiet, and when there's haze on the valley or rainclouds hanging low over everything, you'd think you were the only human on earth. Which sometimes is just the way I like it.

When spring comes to Sonoma Mountain it comes with ten billion insects,
followed by everything you can think of that eats insects. The birds fly in and the frogs pop up out of the mud by the thousand, lizards, bluebelly stripers, snakes, come slithering and sliding down out of the rocks, in the warm nights you can smell the sweet slightly acid smell of romantic skunks, and the deer make so much noise snapping through the underbrush that you wonder why every tree in sight isn't peppered with bullet holes.

Just below the house is an old abandoned apple orchard with a couple of cherry and pear trees on the uphill edge, and these all come into bloom at the same time, the apple trees white and the others a pink soft enough to make you cry, and pretty soon the air is full of their smell and the night is full of peeping frogs and the messengers start clogging the road up the mountain with their telegrams, and I have to go back to Hollywood, to work.

Every year now I think about quitting, breaking up the act, just staying on the mountain and finishing the works of Will James, or maybe even getting that vegetable garden into shapeâfew rows of corn, nothing like fresh corn, some peas, mmmm, string beans, a couple rows of beets and carrots, pick âem when they're babies and smother in butter, yum yum, and maybe a few of the artichoke bushes could be brought back to life (there were a dozen fine old artichoke bushes on the property, but the screenwriter with the bad case of macho imported a Mexican couple one year to take care of the place, and the man had sweated out in the hot summer sun chopping them down, and got most of them before the screenwriter could find the Spanish to make him stop) and I would plow and fence the orchard, and then would start thinking about the deer and the rabbits and the gophers, the bugs and birds that ate everything not under lock and key, and the messengers would start piling up in the mudslides, and so it would be either run for Hollywood or get into biochemical warfare with the entire animal kingdom, including William Morris.

By that time of year, mid-spring, my own relatives would be filling the guestrooms and the kitchen, Buicks and Toyotas and white Chevy pickups sprawled in the gravel below the house, and they would
tsk-tsk
about me having to leave just as the good weather and all was coming, and so the morning would finally arrive. Six a.m. Six a.m. is the only time to leave this place.

The birds are just starting up and Grandpa is in the kitchen making oatmeal pancakes. It is bitter cold everywhere but in the kitchen. I try to get out of the house with just a cup of coffee, but Grandpa won't say goodbye if I don't cram a stack of his oatmeal pancakes into my face and grin and nod
my head while he tells me how
damned good
they are, so, still chewing on the
damned good
but somewhat
dry
and
tasteless
pancakes, I come out of the house just as the sun is cracking the ridge across the valley, climb into the little Alfa that hasn't been down the mountain twenty times in the last three months and head for the Golden Anus of the California Dream.