The Last Report on the Miracles at Little No Horse 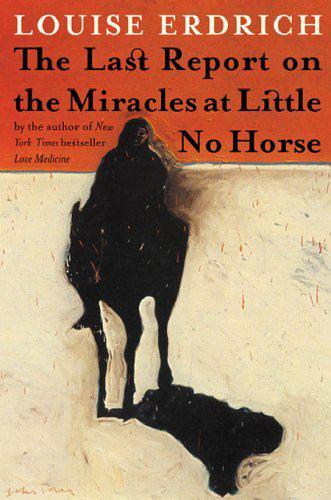 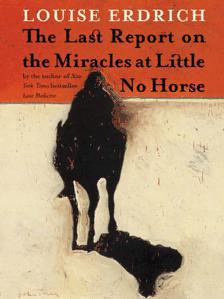 The Crown of Columbus

This is a work of fiction. Names, characters, places and incidents either are the products of the author’s imagination or are used fictitiously. Any resemblance to actual events, locales, organizations, or persons, living or dead, is entirely coincidental and beyond the intent of either the author or the publisher.

LAST REPORT ON THE MIRACLES AT LITTLE NO HORSE. Copyright © 2001 by Louise Erdrich. All rights reserved. No part of this book may be used or reproduced in any manner whatsoever without written permission except in the case of brief quotations embodied in critical articles and reviews.

The author would like to thank the editors of The New Yorker, where “Naked Woman Playing Chopin” and “Le Mooz, or The Last Year of Nanapush” first appeared, in slightly different form.

Louise Erdich asserts the moral right to be identified as the author of this work. 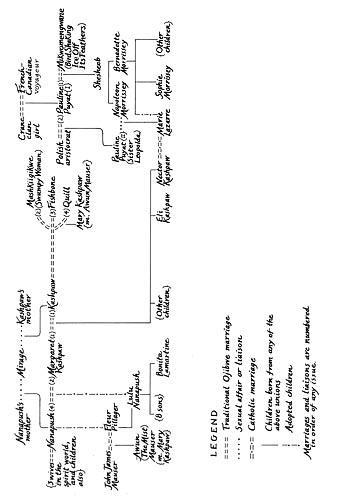 There are four layers above the earth and four layers below. Sometimes in our dreams and creations we pass through the layers, which are also space and time. In saying the word nindinawemaganidok, or my relatives, we speak of everything that has existed in time, the known and the unknown, the unseen, the obvious, all that lived before or is living now in the worlds above and below.

PART ONE: THE TRANSFIGURATION OF AGNES

2. IN THE THRALLOF THE GRAPE

4. THE ROAD TO LITTLE NO HORSE

7. THE FEAST OF THE VIRGIN

8. THE CONFESSION OF MARIE

18. LE MOOZ OR THE LAST YEAR OF NANAPUSH

21. THE BODY OF THE CONUNDRUM

EPILOGUE: A FAX FROM THE BEYOND

The grass was white with frost on the shadowed sides of the reservation hills and ditches, but the morning air was almost warm, sweetened by a southern wind. Father Damien’s best hours were late at night and just after rising, when all he’d had to break his fast was a cup of hot water. He was old, very old, but alert until he had to eat. Dressed in his antique cassock, he sat in his favorite chair, contemplating the graveyard that spread just past the ragged yard behind his retirement house and up a low hill. His thoughts seemed to penetrate sheer air, the maze of tree branches waving above the stones, clouds, sky, even time itself, and they surged from his brain, tense, quickly, one on the next until he’d eaten his tiny meal of toast and coffee. Just after, Father Damien’s mind relaxed. His habit was then to doze again, often straight into his afternoon nap.

A period of waking confusion plagued him, usually before the supper hour, sometimes and most embarrassingly while he said late afternoon Saturday Mass. When lucid again, Father Damien repaired for the evening to his desk, a place from which he refused to be disturbed. There, he wrote fierce political attacks, reproachful ecclesiastical letters, memoirs of reservation life for history journals, and poetry. He also composed lengthy documents, which he called reports, to send to the Pope—he had in fact addressed every pontiff since he had come to the reservation in 1912. During his writing, Father Damien drank a few drops of wine, and usually, by the time he was ready for bed, he was what he called “pacified.” This night, however, the wine had the opposite effect—it sharpened instead of dulled his fervor, sped instead of slowed the point of his cracked plastic pen, focused his mind.

To His Holiness, the Pope

The Last Report on the Miracles at Little No Horse

From the pen of

Your Holiness, I speak to you from a terrible distance. I have so much to tell you, and so little time. A desperate gravity has hold of me these days. I am sure that my death must at last be near. That is why I address you with such familiarity and in such haste. Please forgive my awkwardness. I don’t have time to revise!

My hand is distressingly shaky, but legible enough, I hope?

I have no idea whether any of my previous letters have reached you—the body of my correspondence stretches back over the course of this century, but those most recent are, naturally, addressed to you. My letters contain documented evidence from a variety of sources, including actual confessions. I kept the identity of one murderer, in fact, a secret, an anguish I taste even now. Aternus Pater, you have in your possession enough material to fill at least several vaults of file cabinets. Dare I hope, since this will be the last of my reports, that at long last you will see fit to answer?

Here Father Damien broke off and crankily adjusted his wooden office chair. His brain throbbed with light. He threw his pen down with a clatter and glared with unfocused intensity at the neat arrangements of envelopes, index cards, parish stationery, postage stamps, and research files that filled the niches of the keyhole desk. He often found instinctive comfort in organizing the small things around him, and now, dissatisfied with what he had written, he reached out to tidy the edges of papers, nudge and tap desk objects into place. He fussed for several moments before he understood the source of his darkness. Apparently, one couldn’t hope for a reply, oh no, that would be all too human, wouldn’t it! An actual response from the Pope after a lifetime of devoted correspondence. Or could he call it that, implying as the word did some reciprocity, at least the semblance of an exchange? In all of this time, Father Damien had not received so much as a form reply. Even an autographed photo postcard would have been something. But no, not even that. His was a one-sided conversation, then, a monologue, a faithful and dogged adherence to truth and, of course, concern for what he’d seen developing across the acorn-studded grass, behind the wall of scrub oaks, over there, within the whitewashed convent. . . .

A great swallow of red wine—this fierce clarity, perhaps it was the vintage? A potent year, no doubt. Father Damien took the bottle in his hand and examined the label. An obscure beaujolais, pungent and grapey, left by some extremely thoughtful parishioner on his very doorstep. It was the wine, yes, French wine blue-red on his tongue and clear, causing him to assign blame where blame was useless. His mood softened. After all, Father Damien leaned back, lips to his glass, and took a smaller sip, the Pope was a busy man! Did he have time for these wretched backwaters, and a persistent and pathetic cleric who couldn’t even write in a straight line anymore without employing a child’s ruler?
No time, no time for either the nonsense or the vast spiritual transactions that I have witnessed. No time.