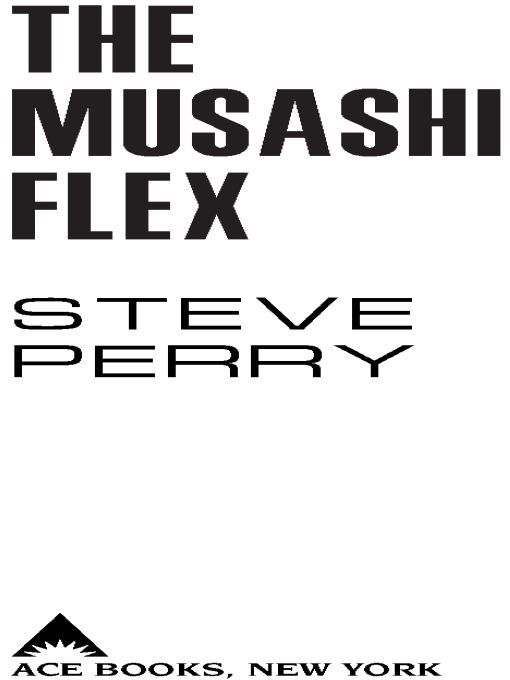 This book is for Dianne, as they all have been and
if I am fortunate enough to keep writing them, ever will be;
For the grandsons: Zach, Brett, Cy, and Dex;
And for the Eclectics, who have a point,
but who also miss a larger one:
Now and then, deep and narrow beats
wide and shallow all to hell and gone—
and you ignore this at your peril.

SP
Acknowledgments
I’d like to thank
Maha Guru
Stevan Plinck, who is, in my opinion, the world’s best player and teacher of the esoteric Javanese fighting art
Pukulan Pentjak Silat Sera
. Guru Plinck is a kind and gentle man, which is good, because of that which he is capable. I owe him much for taking me on as a student, and for the nine years I’ve been privileged to study with him. (A special thanks goes to writer and martial artist Steven Barnes for introducing me to Guru. When I started writing about the 97 Steps, I thought I was making it all up, until I discovered that silat had beaten me to it.)
Thanks to: Ginjer Buchanan, at Penguin/Ace, for all the years of help as my excellent editor, and to Jean Naggar and the good folks at her agency for making it possible for me to pay the rent.
Thanks to: Master Shiva Ki, who made the
kerambits,
and Chas Clements, who did the leather for them. Men of character, both.
Thanks to: Todd and Tiel, for the read—and the Swahili.
Martial arts are a lifelong journey for some, and I am happy to count myself among those long on the path. I hope my readers find my latest foray into this arena interesting. It’s all pure fiction, of course—but it’s all true, nonetheless.
The only thing necessary for the triumph of evil is for good men to do nothing.
—EDMUND BURKE

Batur arek uring enggeus.
(When they get ready, we are already done.)
—SUDANESE FIGHTING PROVERB
1
Death came for him from the shadows, as it had so many times before. This time, his would-be killer bore a dagger. Lazlo Mourn recognized not only the type, he knew who had made it. The distinctive layered-damascus steel was the giveaway: Angel’s Wings, created by a smith who was well regarded by Flex players for knives that were virtually unbreakable; high-carbon stain-free plexsteel cryonically tempered in liquid nitrogen. You could bend one those blades ninety degrees without snapping it, and it would spring back, good as new. That was a blade worth having.
He wondered how old man Kiley the knifemaker was these days? Was he still living on Koji, the Holy World? That might seem an odd place for a man who made killing weapons, but not if you had turned smithing into a religion as Kiley had. In one of his deposit vaults, Mourn had two of the old man’s knives. They were worth half again each what he had paid for them, and they had not been cheap. He expected to be using them again—assuming he lived to do so.
He was mildly amused at himself for wandering off on such a flight of fancy while looking at a man who planned to kill him.
Amused, not afraid.
He could remember exactly when it had happened. During a duel with slap-caps four years ago he had realized that losing—and dying—were not as important as doing his technique properly.
How far gone was that?
Better focus here, Mourn.
He breathed in through his nose, using the Ayurvedic method. This alley was, save for the two of them, deserted, just another of the tens of thousands of building gaps like it all over Jakarta. The afternoon was hot, tropically so. The air had a faintly rancid, spoiled-fruit odor, as might be made by some small bit of garbage fallen unseen behind a bin to rot in the cloying heat.
The man with the dagger was short, wide, and muscular but not so much so that he couldn’t move well. His hair was cropped tight in a spacer’s buzz, and while sparkle-dyed a hideous, almost pustulant, glittery yellow, had dark roots. He was maybe twenty-five, and of course, Mourn knew him. It was Harnett, and ranked probably around Twentieth, Twenty-First or so, that due to his work with short-edged weaponry. You got more points for weapons. So his challenge would be legit; he was within Mourn’s cohort.
Harnett wore stretch leathers and flexsoles, and to suffer the leather in this heat almost surely meant spidersilk armor was part of the weave. He was young, skilled, and quick—and he knew it. But he was not well seasoned yet, despite his rank. Mostly, Harnett had been lucky. Some had it, some didn’t. Luck could take you places, but She could never be trusted to stay in your bed once you got there.
“Hello, Mourn. Fancy meeting you here.” He waved the knife like a pointer.
Mourn shook his head. Jesu. He’d probably been working on his delivery of that line for days.
Mourn was taller, probably weighed about the same, and was at least twenty years older.
And ranked higher
—
though there were never guarantees in a knife fight.
Of a moment, despite the yogic breathing, he felt tired.
“Harnett. You sure you want to play it this way?” He nodded at the dagger. Technically, it was Mourn’s choice—he was the challenged party—but if the man wanted to slice, it was all the same to him.
“Unless you just want to, you know, hand over your tag?”