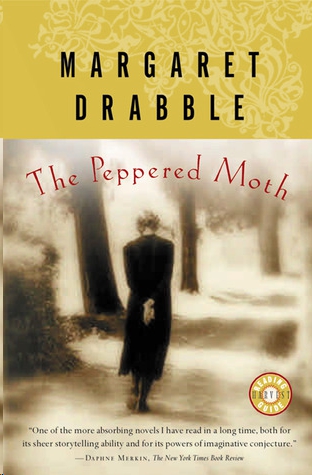 Bessie Bawtry, from her earliest ...

Do they remember that distant ...

Although Bessie had now formally ...

Gertrude Wadsworth was the queen ...

After the Easter party at ...

She maintained a kind of ...

So Bessie Bawtry took her ...

Joe watched both his children ...

Ellen Bawtry’s funeral had been ...

Faro has so far forgotten ...

Faro sits underground on the ...

While Faro has been worrying ...

Chrissie was not feeling so ...

Requests for permission to make copies of any part of the work should be mailed to the following address: Permissions Department, Harcourt, Inc., 6277 Sea Harbor Drive, Orlando, Florida 32887-6777.

On Remembering Getting Into Bed with Grandparents

It’s amazing we got that far, loveless,
As you were supposed to be, yet suddenly
I have a longing for your tripeish thigh;
Swallows, thronging to the eaves; a teasmade
Playing boring Sunday news and all sorts of
Rites and rituals which seemed noteable but
Were really just trips in and out of the
Bathroom, the neurotic pulling back of
Curtains, stained-glass window at the top of
Hall stairs; dark chocolate like the secret
Meaning of the world in a corner cupboard:
Three-quarter circle smooth as a child’s
Dreams and as far above reach...
‘Loveless’, the daughters said, years later when
The slow-lack peppered in their brains like a dust,
And life had grown as troublesome as thought.
Yet just tonight, I am dreaming of your thigh,
And of the unconscious swallows thronging to the eaves.

It is a hot summer afternoon, in the hall of a Wesleyan Methodist chapel in South Yorkshire. Here they gather, the descendants. Where have they all come from, and who has summoned them? Is this a religious occasion? Are we about to hear a sermon? Sermons hang heavy in the air, for in this hall the ancestors endured decades of almost intolerable boredom. But we don’t have to put up with that kind of thing these days. We have moved on. If it’s a sermon, we’ll leave quickly, by the side door.

It’s surprising this chapel is still available for functions at all. It’s surprising it hasn’t been privatized. The Primitive Methodists down the road in Bank Street have been turned into a modest dress shop, and the chapel at Cotterhall is now a warehouse. In other parts of England, churches and chapels have been deconsecrated and turned into private houses, public houses, restaurants. But there isn’t the money for that kind of thing round here. There isn’t the call.

It’s quite a large gathering. There are sixty or so people here, many but not all of them elderly. Tables are spread with refreshments concealed beneath white cloths, just as they might have been in the nineteenth century. But it’s not the nineteenth century. It’s the present, or possibly even the future. The hall is dominated by a large screen, set up for communal viewing, but this isn’t going to be an illustrated talk with slides on ‘Flora and Fauna of the Rocky Mountains’ or ‘The Life Cycle of the Honey Bee’, such as the ancestors used to watch before television was invented. It’s much more modern than that. This is the electronic, digital age, and that screen is the very latest of its kind.

The walls, if you look more closely, appear to be covered with charts and family trees. Diagrams of brightly coloured molecules and double helices are on view. This is some sort of genealogical assembly. The letters DNA appear upon a large banner. It is a computer-designed and computer-printed banner. Nobody has time for cross-stitch and herringbone and tapestry now. There may still be some worn dusty old hassocks amongst the pews next door, and some of those gathered together here may once have knelt and prayed upon them. But the mood of this meeting has nothing to do with prayer. It is a scientific meeting, and microbiologist Dr Robert Hawthorn is about to address his flock upon the subject of mitochondrial DNA and matrilineal descent.

The descendants have been lured here by free refreshments and by curiosity and by boredom. There is not much to do of an afternoon in Breaseborough, and they are willing to give Dr Hawthorn a hearing. Some of them are locals who have dropped in on the off chance of hearing something interesting about their own family backgrounds, or about the discovery in the cave. Others have come from further afield, summoned by Mr Cudworth, convenor of the Cudworth One-Name Society. A few look as though they have no place here at all.

Cast your eye around, and see if you can discern a pattern amongst these descendants. Can you tell from whom they may descend, can you discern the form of their common ancestor? Will Dr Hawthorn be able to reveal their origins to them, and if he can, will they want to know?

It’s wonderful what science can tell you these days. It can tell you all sorts of things you’d be better off not knowing. That’s what some of the old folk are thinking. You were better off in ignorance. But you can’t turn the clock back, can you?

The big old plain-faced wind-up clock on the wall, which had seemed to stand still through long hours of tedious Sunday school during Bessie Bawtry’s long-ago childhood at the beginning of the century, now stands still for ever. It is stuck at twenty-eight minutes to eleven. Nobody bothers to wind it now, though it might start ticking again if someone were to bother to try. They made things to last, in the old days. You could probably get it to go again. But why bother, when everyone has a watch or a mobile telephone? When you can tell the time from the microwave on the draining board in the kitchenette? When Dr Hawthorn’s computer screen tells you in large glowing green digits that it is 15.27 hours precisely?

The seconds pulse onwards towards the next minute, and the digits flick slickly and silently to 15.28 hours. The show is due to begin at half past three, and most of the descendants are already waiting expectantly. The side door opens, and in shuffles a short stout old woman. She has been out to the toilet. People nod at her as she makes her way back to her seat. She is well known to most of the congregation. She ignores their signs of recognition and concentrates on regaining her chair at the end of the second row. She sits down on it, heavily.

Next to the stout old woman sits a beautiful young woman. What on earth is she doing here? She is radiant with light. She dazzles. She is a bobby-dazzler. She has surely walked in out of some other plot. She cannot be the daughter of that old woman, can she, although they are sitting close together and whispering to one another? She is too young. The granddaughter, perhaps? But the old woman is single, and has no children. Her spinster status is both known and manifest.

So who is the beauty with the huge eyes and the golden earrings and the lipstick? Is she the one from London? Is she one who got away? Is she a freak, or is she the future?

Back in the slow past, Bessie Bawtry crouched under the table, in an odour of hot plush and coal dust. Her painted bobbin perched upon its secret shelf, and she alone could see it. It was her friend. She was safe in her wooden cave. She could look up at a roof of nails and notches and splinters. They could not see her here. She was doing no wrong here. They were not angry with her when she sat in here. Beyond the bronze tasselled fringe of the cloth, a dull gleam of brass shone from the fender. The firelight reflected from the wicked tall fire-irons, and glinted upwards from the safe smooth blunt pedals of the silent piano. A thick dirty warmth filled the small close room and her smaller cavern.

This was the coal belt, and coal was its bed and being. Coal seamed the earth, coal darkened the daytime air, coal reddened the night skies. Bessie hated the coal. She was fastidious and rare. Smells offended her, grit irritated her. How could they live, up there, in such coarse comforts, so unknowingly? She was alien. She was a changeling. She was of a finer breed. She could hear her father sucking on his pipe. Spittle, dottle, wet lungs, wet lips, wet whiskers. Unutterable revulsion had set up its court in her small body. She was hiding in her underground cell with its fluted pillars, and already she was plotting her escape.

Would she make it? The odds would seem to be against her. Her ancestors had bred upon this spot for eight thousand years of as yet unrecorded time. The recording angel will attend, with folded wings, by the glimmering screen, waiting for Dr Robert Hawthorn to press the Start Button. Dr Robert Hawthorn, a little shining man of the future, as yet unborn, will be a direct matrilineal connection of Bessie Bawtry, however unlikely that connection might seem. Dr Hawthorn will make it part of his mission to track the Bawtrys back to prehistory, taking in on the way Bessie herself, and all her descendants and ancestors. They will cluster, the Bawtrys, one day in the future, to hear the tidings from the past. Technology will glitter and reveal them to themselves. But little Bessie, under the table, knows nothing of this, though she smells the deep thick primeval mud of the past. Bessie does not like mud.

The Bawtrys had stuck in Hammervale for millennia, mother and daughter, through the long mitochondrial matriarchy. Already Bessie sensed this, and already she feared it. She sensed inertia in the Bawtry marrowbone. Others had shouldered their packs, taken to the road, fled with dark strangers, enlisted, crossed the seas, crossed their bloodlines, died foreign deaths, spawned foreign broods. The Bawtrys had stuck here through the ages. Cautious and slow, they had not even crossed the grimy brook. And how should she, a puny sickly child, find the strength to loosen the grip of this hard land, these programmed cells? Yet already she knew that, whatever the cost, she must escape or die.

The structure of DNA had not been discovered when Bessie Bawtry crouched under the table and brooded upon flight and murder. Genes were not then the fashion, as they are now. The Oedipus complex, in contrast, was already much discussed, in Vienna, in Paris, in London, if not yet in the South Yorkshire coal belt. (The son of a Midlands coal miner was even then writing about the Oedipus complex, but his works would not reach Bessie Bawtry for some years.) Both parent-murder and genes, however, had been around for a very long time, awaiting formal recognition. The revolutionary discoveries of molecular biology and digital electronics would, in a matter of decades, bring Dr Hawthorn to his Start Button, as he waited to impress the wonders of genes and genealogy upon his patient audience. Bessie Bawtry could not foresee this future, or this past. But under that table her infant molecules yearned and jostled and desired. Or so we may, retrospectively, fancifully, suppose. Something had set her apart, had implanted in her needs and desires beyond her station, beyond her class. Will Dr Hawthorn diagnose and analyse the very gene that provoked her to attempt mutation? And will she succeed in her escape? To answer these questions we must try to rediscover that long-ago infant in her vanished world.