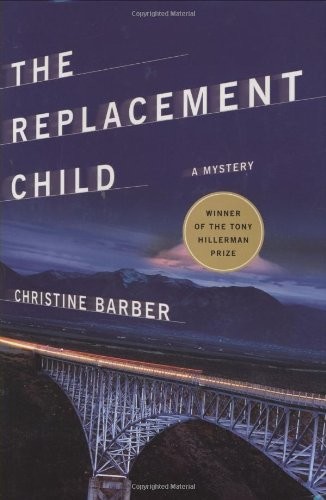 An imprint of St. Martin’s Press.

To Tony Hillerman and the city of Santa Fe.
Thank you for the inspiration.

Additionally in the book, the term
Hispanic
is used instead of
Latino
when referring to someone from Northern New Mexico who is of Spanish descent. While
Latino
is the term most used in the rest of the country,
Hispanic
is the preferred local term.

The moment I saw the brilliant, proud morning shine high up over the deserts of Santa Fe, something stood still in my soul, and I started to attend.

L
ucy Newroe hated the word
supererogation.
It was one of those ridiculous words you’d see in a
Reader’s Digest
Word Power quiz. Like
quidnunc
or
sesquipedalian
—words whose only purpose was to make the user look smart and the listener feel stupid.

Lucy had no clue what
supererogation
meant, and she didn’t know how to spell it. Obviously, neither did the reporter who had written the story she was editing—he had spelled it “superaregation.” The spell check on Lucy’s computer wanted her to change it to “super are nation,” as if that made more sense.

Normally, she would have taken the word out, but it was in a direct quote: “‘The constant superaregation by the director bordered on the absurd,’ said audience member Jake Plumber.” There was no changing of quotes in news stories. Either she took the word out and paraphrased the quote or kept the word in and figured out how to spell it.

“Oh, hell,” Lucy said to her computer. No one even turned to look. It was about 11:30
P.M.
Her side of the newsroom was empty except for her and a lone reporter, while the copy-desk side was full of people working quietly. The story deadline had come and gone, but the page deadline still was an hour away. The dance-company review she was editing didn’t need to be
done until tomorrow. As the night city editor, she had to wait until the copy desk finished its pages before she could go home.

Lucy got up to look for a dictionary as her phone rang. She picked it up and rambled off her phone introduction without even thinking—
“Capital Tribune
newsroom. This is Lucy Newroe. How can I help you?”—as she tried to make the phone cord reach to the dictionary on the shelf.

Lucy recognized the voice. It was old and female. “It’s just me in charge tonight,” Lucy said as she grabbed the dictionary.

Lucy smiled. Scanner Lady always wanted to talk to the male editors, never to her. “I’m it. You’re stuck with me, I guess. What’s going on?”

Scanner Lady hesitated. Lucy thought she was going to hang up.

“Did you hear something on the police scanner?” Lucy asked, as she paged through the
S’s
in the dictionary—was it “supere” or “supera”?

“I think I did.” Scanner Lady hesitated again. “I think I heard two Santa Fe police officers talking about calling in the OMI and the state police.”

Lucy tossed down the dictionary and started taking notes. Calling in the Office of the Medical Investigator meant a dead body, and calling in the New Mexico State Police to investigate meant that whatever had happened, it might involve a cop. The state police automatically took over any case that concerned a law enforcement officer.

Lucy snapped her fingers at Tommy Martinez, the night cops reporter. He turned and looked at her as she pointed to her phone. He knew what it meant. He grabbed his notepad and ran over to Lucy’s desk.

“So you heard the Santa Fe cops call out the OMI and state police?” She was repeating it for confirmation and so that Tommy could hear. He guessed who it was on the phone. “Thank God for Scanner Lady,” he whispered, and started taking notes.

Lucy ignored him and said into the phone, “When was this?”

“Just a few minutes ago,” Scanner Lady said. “I don’t want to say any more. Just listen to your scanner.”

But Lucy had been listening to the scanner—it sat on a shelf right above her desk—and she hadn’t heard anything. It wasn’t unusual for police scanners to pick up different traffic. There were two scanners in the newsroom—one on her desk and one in the photo department, twenty feet away. The one in photo picked up more calls from the city police, while hers picked up more county calls and an occasional cell-phone call.

But both scanners were quiet. The last call had been something about a truck full of teenagers skidding into an icy arroyo.

“Are you sure?” Lucy asked. “I haven’t heard anything. Can you tell me anything more? What exactly did they say?”

Lucy heard the finality in her voice, but she still had so many questions. Were the voices male or female? What made her think it involved the Santa Fe city police and not the Santa Fe County Sheriff’s Department? Had they said whether the killing was in the line of duty or something else?

Scanner Lady always played it like this—never giving out all the information, not even her name. She called about once a week. It had become a sort of game for Lucy to figure out who she was. Scanner Lady’s voice was old, raspy. Maybe a smoker? She was definitely Anglo. Once, Lucy almost got her to inadvertently mention what side of town she lived on, but Scanner Lady went into a coughing fit and hung up before revealing anything. She never mentioned having children or a
husband. And she never gave her reason for calling in with her tips. Did she just need someone to talk to?

Most of the time, her calls amounted to nothing. But a few times, what she had heard had turned into a story. That was enough that Lucy never ignored her.

Lucy hung up and looked down at her notes. All she had written was:

S
he looked at her watch—11:34
P.M.
This was going to be tough. Tommy was already on the phone, trying to get hold of the night supervisor at the state police. He looked up at her and shook his head.

“Just give it your best shot, Tommy. We’ve gotten stories later than this,” she said.

And they had. Just last week they’d had a stabbing at 11:45
P.M.
and managed to get a ten-inch story in the paper by the 12:30
P.M.
page deadline. But a story involving the possible investigation of a police officer and a dead body was something else. Getting that story during working hours was a chore; this late at night, it was next to impossible.

Lucy was too anxious to sit. She walked over to the copy-desk side of the newsroom and watched the editors design the pages for tomorrow’s paper. Across the office, she heard Tommy unleashing his phone charm. He must have been talking to a female police dispatcher: he was laughing a lot—a teasing, swinging laugh. Lucy heard him say,
“A la ve …”
and then,
“No sé …”
He slipped between the local Spanish and English, busting out his best Northern New Mexico accent for the English. His vowels were twice the normal length, stretching out the words into a singsong lullaby. His English had no hard
consonant edges and his Spanish was not quick-step Mexican Spanish, but the slow, taffy-pulling colonial Spanish still spoken in Santa Fe.

Tommy was a Northern New Mexico farm boy, the second youngest of nine from a family who had lived in the mountain village of Ojo Sarco for fifteen generations. His grandmother spoke no English, only the Old New Mexico Spanish, as did all his great-uncles and-aunts still on the farm. Tommy had been the first child in his family to finish college, although a sister had done time in a vocational school for paralegals. Why Tommy had decided to become a journalist, Lucy still didn’t know. But he’d been born to it.

Lucy jumped as one of the copy editors spoke.

“Lucy, you’re making me nervous. Would you stop pacing?” the editor said without looking up as he typed in a headline.

She went back to her desk, sat down, and stared at the wall, trying to relax. The room was windowless, like the sensory-deprivation cells used by the KGB to break American spies. The newsroom was painted sea-foam green, with matching cubicle dividers splitting the space up into playhouse-size streets and alleys. The ceiling was low, with the obligatory fluorescent lights that occasionally strobed. The color of the walls and the artificial light gave everything an aquarium feel, right down to the wet, dank smell coming from under the receptionist’s desk.

The building itself was a mishmash of old and new. Part of it was from the 1800s, the rest from the 1970s. The result was
sloping tiled floors where an errant step up would meet three steps down. Walls stopped and started in random patterns. According to office legend, the
Capital Tribune
had been built on top of the graves of Spanish colonialists killed during the Pueblo Revolt, the odd bumps and angles of the floor made when the coffins were paved over. Some of the night press workers claimed that sometimes, late at night, they heard a woman crying and praying the rosary in Spanish. One of the advertising reps had once come in to work at dawn and supposedly seen a man gliding down a hallway dressed in the brown robes of a mission priest. Lucy wondered if you could use “saw a ghostly vision” as an excuse to take a sick day.

Lucy glanced over at Tommy as he hung up the phone, flipped through his Rolodex, and quickly dialed another number.

She heard him say, “This is Tommy Martinez, from the
Capital Tribune.
Who is this?” The person on the other end said something and Tommy smiled, saying, “Beth Ann? I don’t think we’ve met. What’s your last name?” Lucy shook her head. Poor Beth Ann, she didn’t stand a chance. By the end of the conversation she would be telling Tommy everything, including when they would be getting together for drinks.

Tommy paused on the phone, waiting for Beth Ann’s answer. “You’re a Garcia? Are you related to Tony Garcia who works at Pep Boys? … No? … How about Sarah Garcia at the state land office? … No? … Of course, oh yeah, I know your sister …. Me? I’m from Ojo Sarco.” Tommy started to laugh. “Yeah, the hillbilly Martinezes …” They continued with the expected Northern New Mexico greeting: determining if they were related or had mutual friends.

Fiona Frost: Order of the Black Moon by Dr. Bon Blossman
Will by Maria Boyd
Evening of the Good Samaritan by Dorothy Salisbury Davis
Deadline by Randy Alcorn
A este lado del paraíso by Francis Scott Fitzgerald
Hidden Depths: The Story of Hypnosis by Waterfield, Robin
Pink & Patent Leather by Jackson, Candy
Pieces of it All by Tracy Krimmer
The Perfect King by Ian Mortimer
Bad Girls in Love by Cynthia Voigt