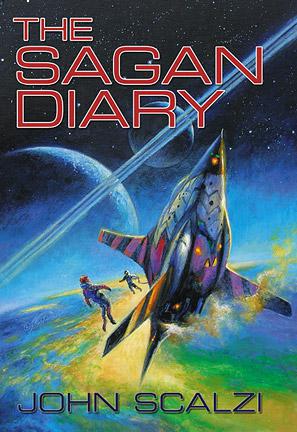 Fans of John Scalzi’s “Old Man” universe, prepare yourselves: there’s a long new story in that universe, told from the point of view of one of the series’ most intriguing characters. Subterranean Press is proud to publish The Sagan Diary, a long novelette that for the first time looks at the worlds of the Hugo-nominated Old Man’s War and its sequel The Ghost Brigades from the point of view of Lieutenant Jane Sagan, who in a series of diary entries gives her views on some of the events included in the series… and sheds new light into some previously unexplored corners. If you thought you knew Jane Sagan before, prepare to be surprised.

As per your instruction in your memorandum of 341-10.07, we have begun processing the BrainPal memory stacks of Colonial Special Forces members who have left that service, whether by death or (rather more rarely) by discharge from service. In both cases BrainPal retrieval was initially via method previously established in our CDF BrainPal retrieval protocol, but per the new directive of 341.10.09 we abandoned physical retrieval of CSF BrainPals and instead began processing BrainPal memory transcriptions as provided by the Special Forces’ own IRI office.

Let me reiterate again here in this memorandum what I have expressed to you verbally, which is that processing CSF-provided transcriptions is a massively unsatisfactory solution. The first seven CSF memory stacks we processed were rich in information that we then placed into our analysis matrix, and which were beginning to yield intriguing results before we were ordered to remove the data from the matrix and delete all analyses featuring the data.

Data from the CSF-provided transcriptions have been notably inferior, and while our own forensic scans can show no overt signs that the CSF is tampering with the data, it is my professional opinion that the transcription data have been redacted in some way. I have requested funds and clearance for a more thorough forensic scanning. That request has been in your queue for several days now; I would greatly appreciate a response to it in one way or another.

To give you a sample of the sort of “data” that we are limited to processing at the moment, I am submitting this file, which we have informally been calling “The Sagan Diary.” It is a transcription of a series of personal files from the BrainPal of former CSF Lieutenant Jane Sagan, who was discharged from service last week and (somewhat unusually) chose to settle on the established colony world of Huckleberry rather than on Monroe, the colony world set aside for retired Special Forces.

These diary pieces are taken from the last several days before Sagan transferred her consciousness from her Special Forces body to a standard human-template body. I don’t need to tell you that for IRI purposes, late-term BrainPal files are typically a gold mine of data, as service members reminisce on their time in service, in doing so refreshing critical data for analysis. Lt. Sagan in particular should be a potentially rich trove of data, as she was present at or participated in several key battles/engagements in the last few years, notably the 2
nd
Battle of Coral and the Anarkiq offensive; she being Special Forces, she undoubtedly participated in actions which are classified but which, (I would remind those in the Special Forces) we here at IRI are rated to know and view.

Instead, what we have to work with are data-poor bits in which Lt. Sagan thinks about what appears to be a romantic partner of some sort (Cursory investigation suggests a CDF Major, John Perry, who also mustered out of service on the same day and who was on the same shuttle to Huckleberry as Lt. Sagan, accompanied by an unrelated minor, Zoe Boutin. A number of data files for Perry and Boutin are marked classified, which is why Inote the investigation was “cursory.”).

The diary files are of some anthropological interest, to be sure. It’s nice to know Lt. Sagan is in love; Major Perry seems like a lucky fellow. However, for
our
purposes these files are near useless. The only data of analytical note are Sagan’s notation of The Third Battle of Provence and the Special Forces retrieval of the
Baton Rouges
ill-fated Company D, about which of course we have a wealth of information, thanks to all the BrainPals that encounter sent our way, and a discussion of her relationship with prisoner of war named Cainen Suen Su, whose stay with and work for the CDF is classified but otherwise well-documented. Beyond this, the data are thin on the ground.

If I may be frank, Colonel, if the Special Forces are not going to allow us unimpeded access to the BrainPals of its fallen and retired soldiers, then I must question the utility of our processing the data from those BrainPals at all. We process thousands of Brain-Pals in a month, from regular CDF, and we barely have the staff to keep up with that; spinning our wheels processing bogus data from the Special Forces takes up time and processing power we don’t have from data which can be of actual use to us. Either we’re all working together here or we’re not. 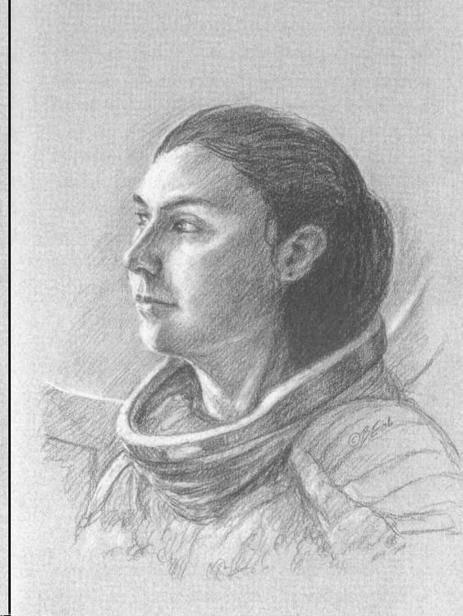 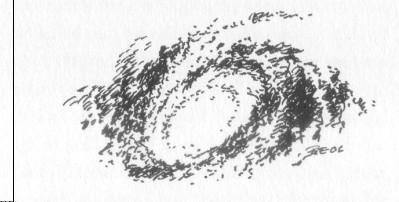 There is a disconnect between my mind and my words, between what I think and what I say; not a disconnect in intent but in execution, between the flower of thought and the fruit of the mouth, between the initiation and the completion. I say what I mean but I do not say all that I mean.

I am not speaking to you now. These words do not pass my lips or pass out of my mind. I say them only to myself, forming them perfect and whole and interior, and leaving them on the shelf and closing the door behind me. Others may find these words in time but for now they face only toward me, whispering back my image with full description, golems who write the words of life on my forehead.

These words are my life. Representation of time and counterfeit of emotion, record of loss and celebration of gain. They are not my whole life; words fail me here as they fail anyone, entire worlds slipping through the spaces between words and letters as a life among stars is compressed into this small space. A short life to be sure; and yet long enough to be lost in translation.

But it is enough. Give us a few lines arranged just so and we see a face and more than a face. We see the life behind it; the terrors and ambivalence, the desire and aspiration—intention in a pattern, a person in a coincident assemblage of curves. This is that: A few lines to follow that in themselves mean little but build on themselves; a crystal lattice using absence to suggest presence, the implication of more pregnant in the gaps.

I wish I could show these words to you, you who know me only from outward expression. I wish I could fold these words, package them and present them with a flourish, a rare gift I made of myself to you. But these words do not bend—or rather they will not—or perhaps it is that I cannot find the strength to push them through the doors of my mouth and my mind. They are stubborn words and I fear what would happen if I let them go. They stay inside where you cannot come; they are meant for you, but not sent to you. Words fail me and I return the failure.

But these words exist. These words record, these words stand witness; these words speak, if only to an audience of one. These words are real and they are me, or who I believe I have been; incomplete but truthful, through a mirror darkly but reflecting all the same. I have no doubt that one day you will find these words and that you will find me inside them: a seed to plant in your mind, to become a vine to filigree your memory of who I was and who I was to you. Words fail me but I will use them anyway. And in their failure and despite their failure I will live again and you will love me again, as you love me now.

You do not remember your birth but I remember mine. I remember the sudden shock of consciousness, awareness flinging itself at me and demanding to be embraced, and me not knowing enough to do anything other than embrace it back. I sometimes wonder if I had a choice, or if I could have known then what I know now, if I would have received its embrace or would have punched it in the throat, and sent it staggering away to pester someone else, to leave me alone in a newborn senescence from which I would not awake. But in this we are all alike, those who remember our birth and those who do not: None of us asked to be born.

I awoke in perfect awareness and to a voice in my head which spoke “You are Jane Sagan,” and with those words the electric pricking of context, describing the relationship of “you,” and of “are” and of “Jane” and of “Sagan”—putting together the words like pieces of spontaneously generated puzzle, and then clicking them into place so the puzzle made sense, even if we later discovered how much we really hated puzzles.

But the words were a lie. I wasn’t Jane Sagan at all; I was a changeling, a creature stolen to take the place of someone else. Someone I did not know nor would ever know, someone whose entire life had been set aside for the mere utility of her genes, everything she ever was reduced to a long chemical strand—adenine, thymine, cytosine and guanine—the abrupt tattoo of these four notes replacing a symphony of experience. She was dead but she would not be allowed to rest, because I was needed here.

But I dream of her. I dream she and I stand at her grave, standing apart with the headstone between us, close enough to touch although we never do. And she says “Talk to me” and I do, trying to explain a warrior’s life to a woman who never fought, ashamed that I have nothing to share with her but death, which she already knows more about than I.