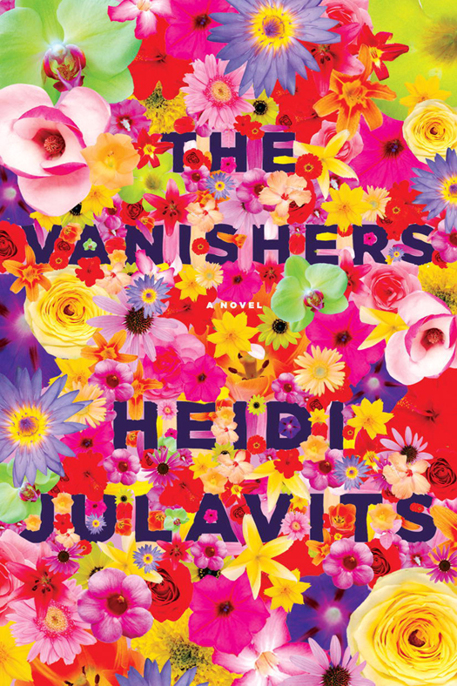 AS EDITOR
Read Hard: Five Years of Great Writing
from
The Believer

All rights reserved. Published in the United States by Doubleday, a division of Random House, Inc., New York, and in Canada by Random House of Canada Limited, Toronto.

A talent is not a weapon in every culture.

The
story I’m about to tell could be judged preposterous. Fine. Judge how you must. Protect yourself by scare-quoting me as the so-called psychic, the so-called victim of a psychic attack. Quarantine this account however you must so that you can safely hear it. What happened to me could never happen to you.

Tell yourself that. Even though what happened to me happens to people like you all the time.

In the beginning, an attack can look just like regular life. You wake to discover eyelashes on your pillow, bruises on your skin where you’ve never been touched. You smell a stranger on your bedsheets and that stranger is you.

As the weeks pass, you notice other humiliations. An unceasing bout of acid reflux and an irritable bowel. Gums that bleed when you sip hot tea. Fingernails that snap when you push your hands through the sleeves of a sweater. The ghostly withdrawal of pigmentation from your cheeks. A rash on your torso. A rash on your hands. A rash on your scalp.

And so it goes, your body’s hurtle along a failure trajectory that no doctor can explain. There is only the numb leg, the searing esophagus, the face—its frostbit complexion, its vinegar stare—you no longer recognize as your own.

I’m overworked and need to take more vitamins, you’ll tell yourself. Maybe I’m allergic to wheat or my new car. Maybe I’m depressed, or not enough in love anymore with my life, my spouse, my self. You’ll schedule beach vacations or more time at the gym, but no matter how many times you dunk yourself in oceans or flush the liquid content of your body through your pores, you can’t escape the suspicion that a cancer drifts through your anatomy, that it will soon metastasize to your personality, that it is only a matter of time before it breaches the cellular firewall encircling your soul.

When this happened to me, I did what people do: I saw my doctor. She sent me to another doctor. And he to another. I saw so many, many doctors. I was pricked and I was bled, I was leashed to computers, scanners, drips, I was MRI-ed, EEG-ed, and CT-scanned, my body subjected to a battery of lie detector tests that, because the claims it spouted were deemed inconclusive, it apparently did not pass. I acquired a medical file so thick it practically required its own gurney to be moved. I was greeted by each new specialist with a weary smile. I was patronizingly quoted Donne. (“There is no health. We, at best, enjoy but a neutrality.”) Because the doctors could not cure me, they decided I could not be sick.

They told me it was all in my head. Namely, I was to blame. I was the sickness.

Which I don’t deny. I brought this on myself. I failed to take the proper cares and cautions, I failed to live invisibly or wisely. Besides, don’t the healthy always suspect the afflicted?
She drove herself to exhaustion. She was so stressed out. She never dealt properly with the death of her mother
.

All of this is true. However. I cannot take all the credit. I say this humbly, not reproachfully. Someone else made me sick.

Let me explain this in terms you can understand. People make people sick, it is not a stretch to claim this. What remains up for debate is the degree of malice involved when a person makes
another person sick. Did your sister, for example, intend to give you her head cold? In most cases, not. We do not blame head colds on other people’s heads, we blame them on their bodies.

But what if your sister or girlfriend or roommate or coworker intended to give you a cold? What if, while you were in the bathroom, he or she coughed on purpose into your water glass?

And maybe he did, maybe she is. After you become afflicted, after the doctors finger you as the cause, it’s instinctual to blame others for your physical misfortune. But blame is lonely, and your loneliness is compounded by the fact that you’re scared to go outside. To be near others is to risk further exposure and, worse, humiliation. Even your best friend can’t help staring at the sores on your mouth.

In retaliation, to preserve whatever small amount of pride you still possess, you become the secret curator of the suffering of others. Homebound now, you do online searches for people from your past. You’re pleased to discover that your college roommate’s looks have been lost, that a former coworker’s start-up went bankrupt, that an ex-girlfriend’s Broadway dreams did not pan out. You spend your days monitoring demises. You become, over time, the connoisseur of downfall, a covert expertise that distracts you from your own decline.

You might realize, as I realized, that there exists one individual whose downfall over which you fixate, even obsess. For me that individual was a woman named Dominique Varga. She was a mother to me when no one else wanted the job. My own mother killed herself a long time ago. But your obsession might be a basketball coach, a softball coach, a graduate TA, a personal accountant, or a special,
unlucky stranger you choose at random, as though from a police lineup, and falsely accuse. Why be fair? Nobody’s been fair to you. Monitoring this person’s disappointments functions as a course of steroids might, each new failure for her registering as an improvement for you. Her marriage implodes, your rash subsides. The economics of revenge. Your stock rises as hers declines. Perhaps you befriend her, and send the occasional e-mail. Otherwise you watch and harmlessly wait for your fortunes to reverse.

What if you are her disease?

The evening was typical for late October—icebox air, onyx sky, White Mountains humped darkly in the distance, and peripherally visible as a more opaque variety of night. Because I knew that Madame Ackermann’s A-frame would be underheated, I wore a wool jumper and wool tights and a pair of silver riding boots purchased from the Nepalese import store, run by an aging WASP hippie. Hers was one of seven businesses in the town of East Warwick, New Hampshire (there was also a vegan pizza parlor, a hardware store, a purveyor of Fair Isle knitwear, a bank, a pub, and a real estate agent), a town that existed in the minds of some to provide basic material support to the faculty and students at the Institute of Integrated Parapsychology—referred to locally, and by those in the field, as the Workshop.

That I—Julia Severn, a second-year initiate and Madame Ackermann’s stenographer—had been invited to her forty-third birthday party was an anomaly that I failed to probe. When I let slip to my stenographic predecessor, Miranda, that I had been asked to Madame Ackermann’s for a social occasion, Miranda tried to hide her wounded incredulity by playing with the pearl choker she
habitually wore and, in apprehensive moments such as these, rolled into her mouth, allowing the pearls to yank on the corners of her lips like a horse’s bit.

Madame Ackermann observed a firm boundary between her academic and personal lives, Miranda said, removing her pearls halfway, wedging them now into the recession above her chin.

She was not the kind of professor, Miranda cautioned, straining her necklace’s string with her lower jaw until it threatened to snap, to invite an initiate to her house for a social occasion, not even as a volunteer passer of hors d’oeuvres.

Miranda’s jealousy was understandable. Madame Ackermann’s attentions were the prize over which we initiates competed, the reason we’d come to the Workshop—to study with her, hopefully, yes, but in more pitiable terms to partake of her forbidding, imperial aura by walking behind her on the many footpaths that vivisectioned the campus quad into slivers of mud or grass or snow.

Thus, I reassured Miranda (who, despite the year she’d spent as her stenographer, clearly did not know Madame Ackermann), one of the many admirable qualities Madame Ackermann possessed was that, even as a relentless investigator of past lives, she could permit bygones to be bygones. Yes, she’d selected me, from a pool of thirty-five initiates, to be her stenographer, and yes we’d both immediately come to regret this choice of hers. But after weeks of misunderstandings, deceptions, and hostilities between us, Madame Ackermann was not above extending an olive branch.

And so on the night of October 25 I donned my silver boots and, awash in optimism and specialness, drove to Madame Ackermann’s A-frame. As I passed the custodian-lit Workshop buildings, their windows flickering behind the spruces, I allowed myself to view the scene from the future perspective of an older self, wrought by nostalgia for this place I’d yet to leave or miss. In order to prolong my anticipation of what was sure to be a momentous evening, I
took the scenic way along the Connecticut River; in the moonlight, the water, whisked to a sharp chop by the wind, appeared seized into a treacherous hoar of ice. I spied a hunter emerging from an old barn whom I mistook, for the shadowy half second before my car beams illuminated him, to be wearing the decapitated head of a deer. A bat died against my windshield. And yet despite these dark portents I somehow failed to divine, as I turned off the river road and began the slow ascent to Madame Ackermann’s A-frame, that I would never drive along this river again. Or that I would drive along this river again, yes, but I would no longer be the sort of person who wore silver boots to parties and believed that bygones could be bygones.

Brighid's Flame by Cate Morgan
Rules of Honour by Matt Hilton
The Manager by Caroline Stellings
Shadowstorm by Kemp, Paul S.
ROOK AND RAVEN: The Celtic Kingdom Trilogy Book One by Delcourt, Julie Harvey
The Fifth Civilization: A Novel by Peter Bingham-Pankratz
Angel's Ink by Jocelynn Drake
The Shade Riders and the Dreadful Ghosts by Bxerk
Survive by Alex Morel
The Sword in the Grotto by Angie Sage