Read The Warriors of Brin-Hask Online 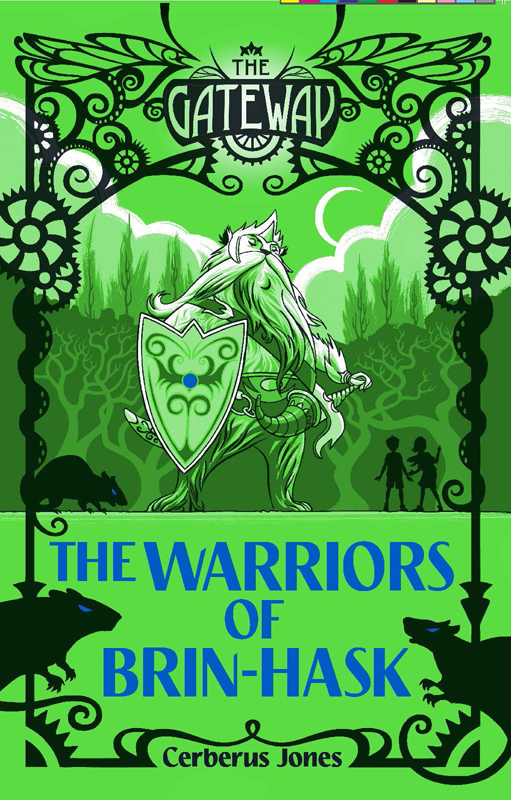 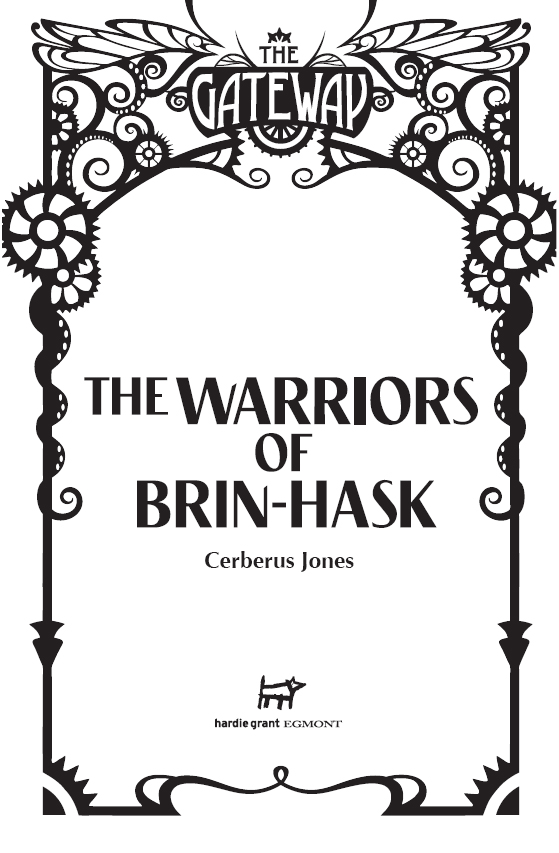 ‘So I call her Arabella Moonglow,’ said Sophie T, ‘because she’s all white, see?’

‘Yeah,’ said Sophie T, passing the rabbit to Amelia. ‘Here, you can hold her.’

Amelia heard a groan behind her. Charlie was jiggling up and down, his face so warped
by impatience that Amelia had to stop herself from laughing. 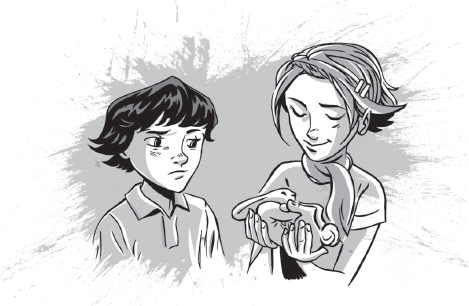 In a minute,
Amelia thought. The end-of-school bell had only just rung, and there
were heaps of other kids in the playground for Charlie to hang out with for five
minutes.

‘So,’ said Sophie T loudly, as though Charlie hadn’t spoken, ‘do you want one? Arabella
is mine, obviously, but there are four other bunnies in the litter. Sophie F is coming
over this afternoon to pick hers. You could come, too.’

Amelia sighed and gave the rabbit one last pat.
All right, Charlie. I haven’t forgotten
you
.

But Sophie T saw her disappointment, and snapped at him, ‘Is there a problem,
Charles?
’

Charlie instantly bristled with anger, but before he could open his mouth to speak,
Amelia bundled the rabbit back into Sophie T’s arms and babbled brightly, ‘Oh, my
goodness, thanks for reminding me, Charlie. Sorry, Sophie, I’ve just remembered I
have to get back to the hotel this afternoon as soon as I can …’

She rattled on, trying to fill in the space so that nobody else could get a word
in. The last thing she needed right now was for Charlie and Sophie T to start on
each other.

Sophie T slitted her eyes at Charlie, a look of pure venom, but then turned back
to Amelia and said sweetly, ‘Oh, don’t worry about it. You can come to my house some
other day.
Any
day, actually. I’m sure it would make a nice change for you not to
be forced to hang out with …’ She paused, flashed a split-second sneer at Charlie,
and then went on, ‘I mean, hang out at such a creepy old hotel.’

Amelia felt a prickle of unease. She was suddenly aware that every kid left in the
playground had stopped whatever they were doing, and were now listening to their
conversation.

‘Forced!’ Charlie barked. ‘As if anyone would have to be forced to hang out at the
hotel!’

‘As if anyone asked you!’ Sophie T shot back.

‘I don’t need to be asked,’ Charlie was almost yelling now. ‘I practically live there!
You’re just jealous because no-one has asked
you
.’

Amelia froze. How could he say that! He knew how nearly impossible it was for Amelia
to invite any of her school friends back to the hotel. She’d already been to three
afternoon teas at Sophie T’s, and spent one Saturday morning at Sophie F’s, and felt
really, really slack about not returning the favour.
Soon,
her mum promised.
Soon,
but not quite yet …

And Charlie was using it against Sophie T, as though Amelia didn’t want to be a real
friend to her.

Luckily, by this stage Sophie T was so angry she didn’t pause to take up the point
with Amelia. She just lashed back at Charlie, ‘Jealous? How stupid are you,
Charles?
The only reason I haven’t been to the hotel is, I don’t want to! And not just because
you
practically live there
, either. Although it does prove my point, because any
place you think is cool must be pathetic.’

‘Ha!’ shouted Charlie. ‘Ha! That shows what you know! For your information, the hotel
is –’

Amelia yelped and leapt between them, and heard herself shrieking, ‘Charlie! That’s
enough! Shut it!’

Sophie T swelled with triumph, and turned smoothly to Amelia. ‘Anyway, as I was saying,
before I was so rudely interrupted –’

‘I’m sorry, Sophie,’ Amelia butted in gently. ‘But Charlie’s right. I’ve got to get
back to the hotel now.’

She didn’t look back as she and Charlie walked past every other kid in the playground
and out through the school gates. Then again, she didn’t need to. She could feel
Sophie T’s furious eyes on her back the whole way.

It wasn’t the best start to the weekend. It was bad enough worrying about whether
Sophie T would still be her friend by Monday, and trying to sort out in her own head
exactly how angry she should be with Charlie, but she also had to deal with
Charlie
being angry. And not just angry at Sophie T – he was angry with Amelia!

‘You,’ Charlie said bitterly, ‘took
her
side and told me to shut up!’

‘You were about to blurt out the whole thing! What do you think I should have done,
just stood there and let you yell out to the whole school that I live in a top-secret
alien hotel? That we have a gateway that connects to every known wormhole in the
universe? I should have let you wreck everything just to prove I’m on
your side?
’

Charlie stopped walking and stared at her, aghast. ‘You think I was about to tell
her
that?
’

‘All right, then.’ Amelia stood in front of him, her arms crossed. ‘What were you
going to say?

For your information, the hotel is
–’ she prompted him.

‘Like living on a movie set,’ Charlie finished. ‘With a real hedge maze with a fountain
hidden in the middle, and an attic filled with cool junk, and an orchard with apple
trees big enough to climb in.
That’s
what I was going to say.’

Charlie shrugged. The worst bit was, Amelia knew he was really hurt by her not trusting
him.

‘I don’t think you’re an idiot! I just thought Sophie T had made you so mad that
–’

Charlie snorted. ‘
She’s
the idiot!’ He pulled a face and said in a high voice, ‘Do
you have a problem,
Charles?
’

‘Yeah, that was horrible.’

‘No, that was the funniest bit,’ Charlie grinned. ‘She thinks she’s so great, but she doesn’t even know – my name’s not Charles.’

Charlie laughed. ‘Of course not. It’s Karolos. Karolos Vasilis Andreas Floros.’ It
rolled off his tongue impressively. ‘So now you know my secret. And believe me, if
I had to choose between news getting out at school about the aliens or my full Greek
name, I know which one would be easier to live with.’

A kind of peace settled between them. They continued walking along the beach road
toward the hotel. As they passed the shops, Charlie said, ‘You got the money?’

Amelia pulled out her wallet and nodded. ‘This is going to be … weird.’

They went into Archie’s Grocery and came out again with twelve jars of mayonnaise
loaded into four cloth bags. A bag in each hand, they began the slow, steep journey
up to the headland.

Amelia’s hands and shoulders ached from the weight before they were even halfway
up.

‘Surely Tom could have just driven here and got it himself?’ Charlie grumbled.

‘He said he was too busy working out what time the warriors of Brin-Hask would arrive.’

‘What kind of warriors eat mayonnaise? And why couldn’t they come and get their own?’

Amelia snorted. ‘They’re the guests, Charlie. We can’t get the guests to do the hotel
work. Plus, in case you’ve forgotten, aliens aren’t supposed to leave the hotel grounds.’

‘Yeah, I don’t get
that
either. I mean, you come all the way across space to Earth,
and you don’t even get to go surfing? What’s that about?’

‘Oh, I don’t know,’ Amelia was sarcastic. ‘Maintaining the whole
top-secret
bit about
aliens existing or something, maybe.’

‘But they’re all wearing holo-emitters! What difference would it make? We have human
guests at the hotel, and they never know the difference.’

‘Just how it is,’ Amelia
said simply. ‘Rules of the gateway. Anyway, what if one of the holo-emitters failed?
You know how freaked out we were when we saw Miss Ardman turn into a berserko dinosaur
right in front of us.’

Charlie nodded, and both of them shuddered.

He shook himself, and said, ‘Talking of failed holo-emitters, I’ve got bad news and,
well, bad news.’

‘I still can’t figure out how to get mine to shift from menu mode to cloaking mode.
And also … I sort of can’t find it.’

‘Yeah, I was looking for it this morning, and it wasn’t in my room, so then I thought
I’d left it in my desk at school –’

‘You took our holo-emitter to
school?
’

Between Friends by Lolita Lopez
Wanna Get Lucky? by Deborah Coonts
[William Falconer 06] - Falconer and the Ritual of Death by Ian Morson
Card Sharks by Liz Maverick
Speak No Evil by Tanya Anne Crosby
Twice Bitten by Chloe Neill
17 & Gone by Nova Ren Suma
Forever by Pete Hamill
I Have Chosen to Stay and Fight by Margaret Cho
Reilly 09 - Presumption of Death by O'Shaughnessy, Perri