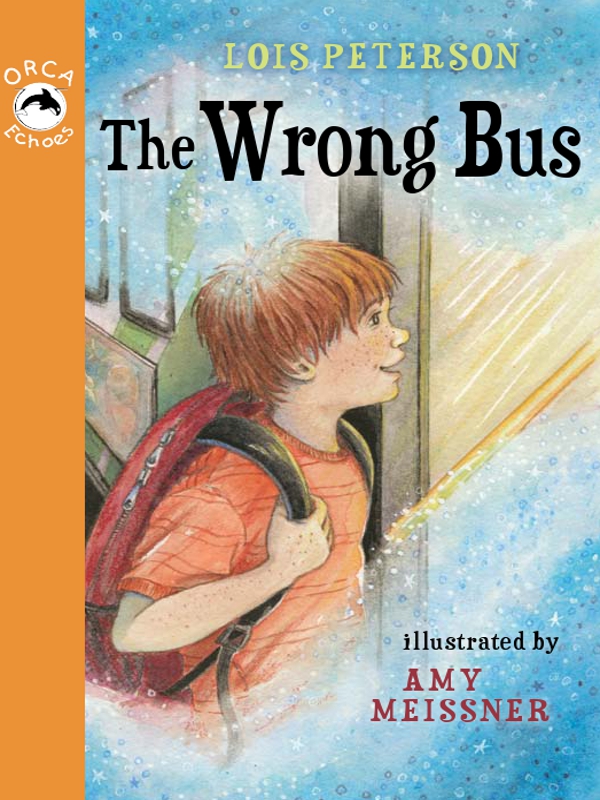 Summary
: When Jack's grandpa dies, Jack boards the wrong bus, which turns out to be the right bus to say goodbye to his beloved grandfather.

Orca Book Publishers is dedicated to preserving the environment and has printed this book
on paper certified by the Forest Stewardship Council
Â®
.

10% of author royalties will be donated to Volunteer Grandparents (Vancouver)

For my grandsons, Copper Johnston and Colton Brunt.
In memory of my own grandfather,
Joseph Lemmon, who worked “on the buses.” âLP

Many thanks to the crew of the Arctic Passage âACM

But she did let him take the day off school. She left him with a word-puzzle book, two new green felt pens (his favorite kind) and a handful of fruit strips. “I'll be back at three,” she said. “Mrs. Barrett will stay with you until I get back.”

Jack waited for his mom to lock the door. Then he looked out the window and watched her go.

Soon the Number 26 bus came along. Mom got on. He waved, but no one waved back.

Jack watched seven buses go past before Mom came home. Her eyes were red. She was carrying a white daisy. She put it in a skinny vase on the table. When she took off her coat, a bundle of tissues fell out of her coat pocket. 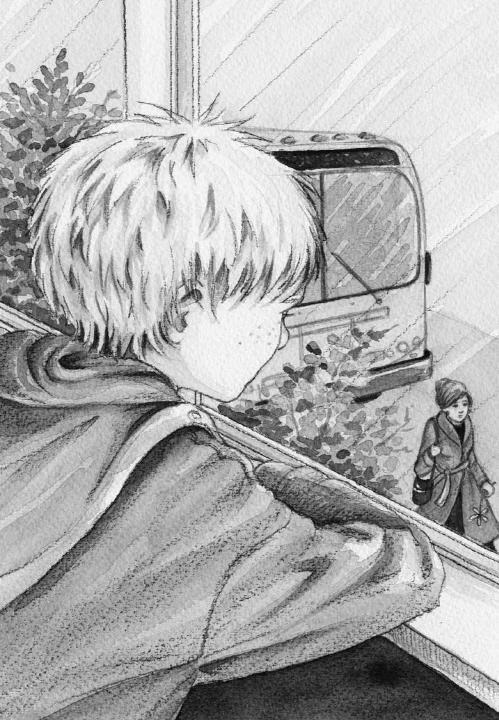 “You didn't even open that book,” she said. “I thought apple strips were your favorite.”

Jack couldn't tell her he had been waiting for Grandpa's bus. If he did, she would tell him he should stop waiting. Grandpa Nod was gone. He couldn't come back, even if he wanted to.

Jack didn't tell her he wished he had said goodbye.

“Hospitals are not for eight-year-olds,” she had told him more than once. Just like funeral homes and cemeteries weren't either.

“School today, as usual. Off you go,” Mom said the next morning.

Katy Doyle, from the upstairs apartment, was in Jack's class. She waited for the bus with him, as usual. So did Leah from the third floor. Today Leah's tights were black and white squares. They reminded Jack of a checkerboard.

“When I grow up, I'm going to buy my clothes where Leah does,” said Katy, as usual.

As usual, Leah didn't look at Jack or Katy. She just cracked her gum and stared at the sidewalk.

Jack didn't mind. He knew teenagers only had time for eight-year-olds when they babysat them.

Jack let Katy and Leah on the bus first. Then he let on the lady who carried her dog in a basket.

“Let's get this show on the road,” said the bus driver.

“Come on, Jack,” said Katy. She waited for him on the top step.

“This is my grandpa's bus,” said Jack.

“I bet you're Jack. Noddy's grandson,” said the driver. “He told us all about you.”

“This is my grandpa's bus,” Jack said again.

“He died,” Katy told the driver in her helpful voice.

“I'm sorry about your grandpa,” said the driver. His voice was kind. But his hand was on the knob that closed the door. “Hop aboard now. Let's get this show on the road.”

Jack picked up his backpack and climbed on the bus.

Today, instead of sitting beside Katy, he sat behind her. He pressed his face against the window and watched the streets swim by. 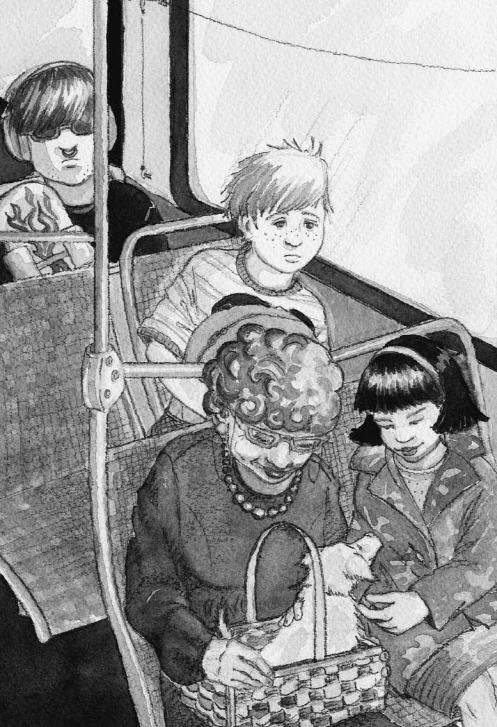 Mr. Singh was sweeping the sidewalk outside his shop. He swept it every morning. A man carrying a briefcase and a tennis racket boarded the bus at the Rec Center. He caught the bus every day. A teenager with a skateboard and lots of tattoos loped up the stairs. He boarded like that every morning.

Everything was the same as usual.

Except Grandpa Nod was not driving.

If Jack's grandpa had been driving bus Number 26, he would have said something special to everyone who got on. And he would have called Jack a candy name. Something like Double Bubble. Maybe Sen-Sen. Or perhaps his favoriteâJawbreaker.

This driver only grunted, “Hello.” Or said, “Let's get this show on the road,” if people took too long.

Jack and Katy got off the bus at school. Instead of saying, “See you later, Jelly Bean,” the driver didn't say anything. He waited until Jack and Katy were safely down the steps. Then he closed the doors and drove away.

“Who's going to meet you after school now that your grandpa's dead?” Katy asked as they walked into school.