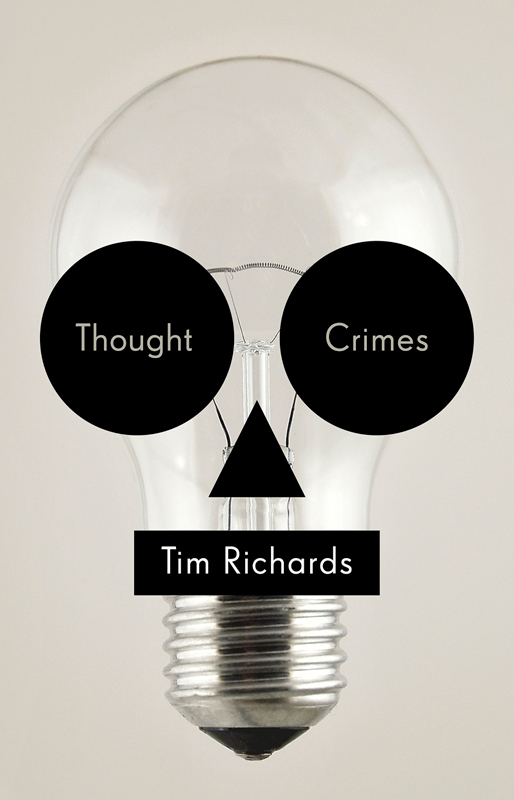 ALL RIGHTS RESERVED.
No part of this publication may be reproduced, stored in a retrieval system,
or transmitted in any form by any means electronic, mechanical, photocopying,
recording or otherwise without the prior consent of the publishers.

The Enemies of Happiness

People Whose Names Bob Dylan Ought To Know

Swimming Across the Rip

You got stuck in the mud of life.

You felt warm and cosy. (
Sharply
)
Now you're going to freeze.

THE ENEMIES OF HAPPINESS

Fascinated by Dr Best's reputation as a miracle worker, Karen was anxious to meet her, but on the eve of this meeting the principal was badly injured in a collision. Two passengers in the other car were killed, and Dr Best's head wound required sixty-five stitches. Friends who'd visited her in hospital late that night said that Dr Best would be off work for a month.

Typically, the principal was in her office to greet the new art teacher just two days later. Nothing kept her from the first day of the school year.

After apologising for the failed air-conditioning, the stench from the neighbouring blood and bone factory and the unsightliness of her scar, the principal escorted Karen to a seat underneath a framed Goya print.

âYou'll find that teaching art in the west is a challenge,' Dr Best warned.

Karen said that she'd been offered a better-paid job at Firbank, but challenge was what she wanted.

âBeginnings are important,' the principal told her. âBe bold. The first day sets the tone. Let them know you're a presence to be reckoned with.'

The principal was certainly that. Karen feared the Form Ones would pass out at the sight of a massive, flame-haired woman with bloody muck oozing from a well-stitched gash.

Though the newcomer tried to stay calm, the pressure gathering in her colon told her that a trip to the toilet would soon be required.

Recognising this unease, the older woman told Karen that she couldn't have chosen a better time to come to Prospect. Asbestos had been cleaned out of the ceilings, and the art rooms had been spruced up with new seats and tables. Morale in the school had never been higher.

âWhen I first came here, there was an epidemic of drugs and violence. We had to ban mobiles and pagers to keep kids out of the reach of dealers. Teachers were being bashed. And this school had the worst suicide rate in the state. We'd lost twenty students in the last three years of the old regime.'

âWe've turned things around,' Dr Best told her. âIn the last two years, we haven't had a single suicide attempt. We took some new ideas on board, and fought to maintain absolute consistency of approach. And the kids appreciated the fact that we cared enough to know when to cut some slack.'

Karen wanted to ask about that. She'd heard the same phrase used by senior staff, but didn't understand what was meant by this slack-cutting. The school might have been trialling a new drugs policy.

Just then, Dr Best clutched her head as if she'd been stabbed.

âShould I call someone?' Karen asked.

âNo, no. I'll be fine,' the principal said, wincing for a moment till the crisis passed and she could look the bewildered newcomer in the eye. âI wouldn't miss first day for anything. First day sets the tone.'

Around eight-fifteen, students began streaming into the school grounds; the boys in their short sleeves and shorts, the girls in summer frocks designed to combat the intense heat that always accompanied the arrival of first term.

As Karen expected, their faces reflected the ethnic diversity of the western suburbs: many Asians and Africans to go with students of Mediterranean and Balkan origin. And the uniform smiles told her that these kids were happy to be back.

The initial Form Assembly with 3B passed without a hitch, attentive students apparently content that their form teacher would also be taking them for art. When Boris Feltov and Maggie Nguyen failed to answer her call, Karen was told that they were present, but had been transferred to 3IC. The teacher noted this without comment, 3IC being another of her art classes.

General Assembly gathered some nine hundred students and seventy staff. After welcoming the school community, the vice-principal spoke of the school's outstanding academic performance in the previous year. For the first time ever, the Year Twelve pass-rate exceeded eighty-five per cent, and more than fifty per cent of candidates were accepted into the tertiary course of their first choice. When Dr Best was introduced, the entire assembly rose in a moving display of affection.

Most of what Dr Best said was standard low-key inspirational stuff about mutual respect and community. Nothing in her speech marked her as an exceptional educator in the way her seeping head-wound did. Towards the end of her message, the principal told the gathering that the school's phenomenal success with academic programs, and also with its anti-drugs and anti-suicide programs, had encouraged the Education Department to treble its funding for integration students. The whole school had a right to be proud that Prospect was leading a revolution in educational methods.

While the audience applauded, Karen sidled up to the head of the art department, mainly to note surprise at the absence of integration students.

âOh, you've misunderstood,' Darren Price told her. âIt's a different kind of integration. It's not about bringing challenged people into the broader school community. This is about personal integrity â¦ I never thought it could work, but the results are incredible. It's given kids something to aim for.'

Her first Form Five and Form Three groups were as quiet and diligent as any art classes Karen had taught. If anything, she would have liked more vivacity. She felt as if she was being set up, that the kids were hatching a sophisticated plan to pull a rug out from under her.

When she confessed to a fellow art teacher that she didn't feel confident about teaching kids with special needs, Sophie told her that the integration kids didn't consider themselves impaired in any way, and she shouldn't either. They were expressive, and very resourceful. Integration classes were the way of the future.

Integration classes were taught in a new building to the west of the college campus. Compared to other schools Karen had seen in the west, this block was almost ridiculously well-appointed. Lifts and ramps. Air-conditioning. The latter made it the preferred location to teach art in the summer, with the blood and bone factory a poor neighbour when winds blew hot and dusty.

Though numbering just nine, the students in 5IC would drop the jaw of any teacher in her first week on the job.

Con Soutannis had lost his right arm at the shoulder blade, and Mary Pavlidis had a mauve-coloured glass eye. Wendy Koh had no fingers on her left hand, while Caroline McQuillan's absent tongue prevented her from speaking clearly. Mossy Behrens was a skinny kid in a wheelchair, very likely paraplegic. While EvaNg's right forearm was a bloody stump, neither Nellie Wang nor Amber McKenzie had legs below the left knee, the first preferring a wheelchair, while the latter used crutches to augment her prosthesis. Only the African girl who went by a single name, Pol, had no obvious physical impairment, though the teacher noticed a buzz in her vicinity, and for all Karen knew, the girl was being kept alive by some sort of defibrillator.

Yet despite all this, 5IC was a magical group. Whenever Karen apologised for suggesting techniques that might be physically impossible for some of them, the class immediately came up with an ingenious solution. The students expected to be able to paint, screenprint, draw and sculpt, and asked for no concessions to be made. Karen would soon feel ashamed of all the times she'd complained about trivial hardships. These kids, who had endured so much in their short lives, were uncomplaining. If it wasn't such a clichÃ©, she would have described them as inspirational.

It's in His Kiss Holiday Romance Collection by Mary Leo
Europa by Joseph Robert Lewis
Once Upon a Crime by Jimmy Cryans
2 Mists of the Past by K.J. Emrick
The Superhero's Origin (The Superhero's Son Book 5) by Lucas Flint
El pequeño vampiro y el gran amor by Angela Sommer-Bodenburg
Our Heart by MacLearn, Brian
Face to Face by Ellery Queen
Promises to Keep by Rose Marie Ferris
SAGE by Jessica Caryn