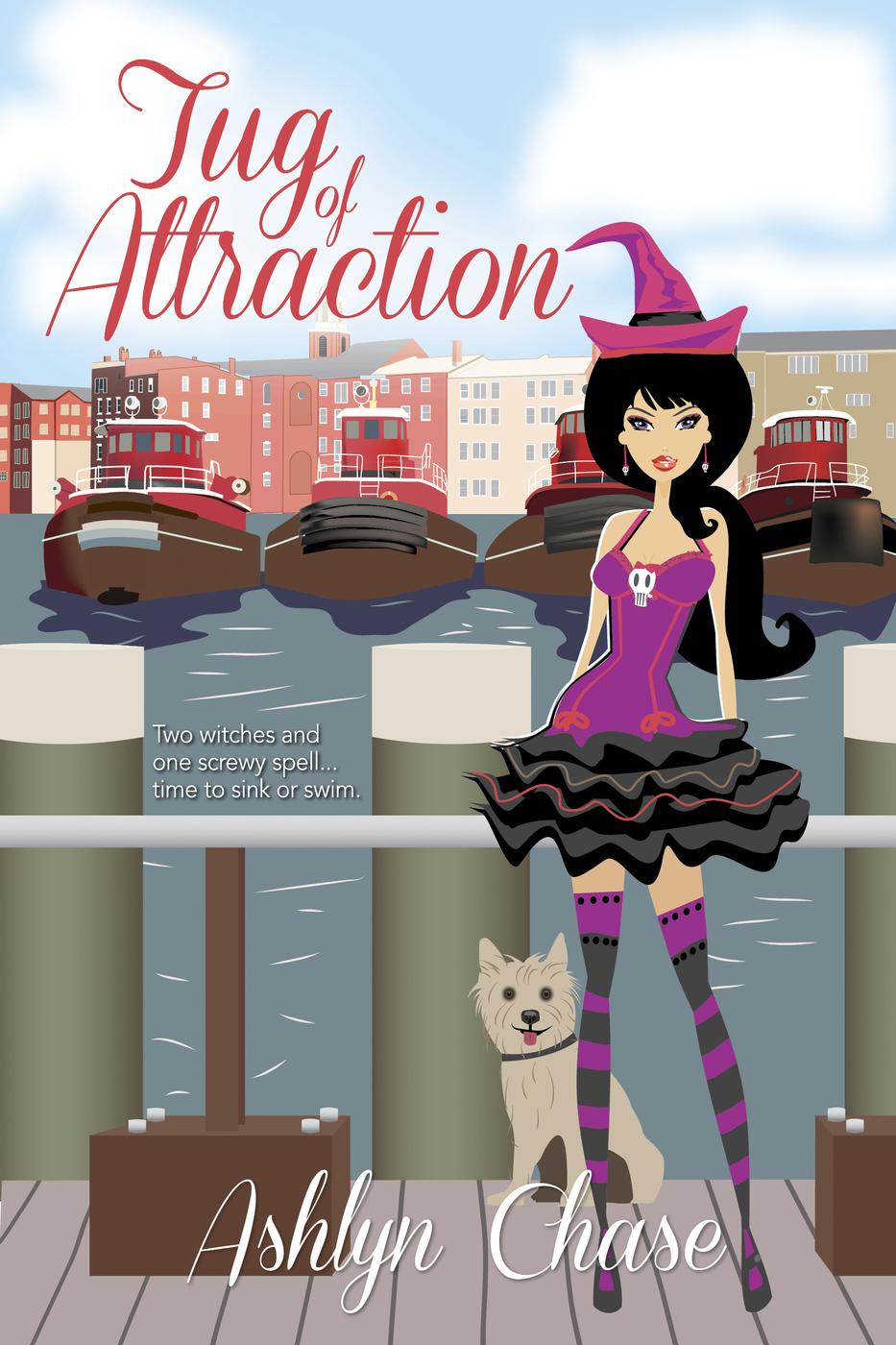 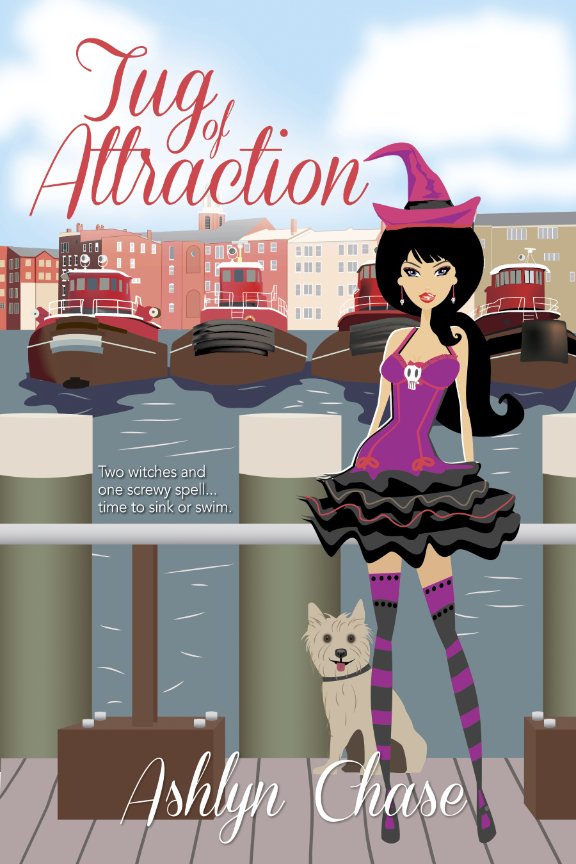 Cover Art by Holly A. Kennedy

No part of this work may be reproduced or transmitted in any form without written permission of the author, except by a reviewer or promoter who may quote brief passages for review or promotional purposes only.

This book is a work of fiction. Character names, incidents, places and persons are the product of the author’s imagination. Any resemblance to actual events, persons, alive or dead, or situations is coincidental.

To my beautiful daughter, Holly. I’m so lucky to have had her and not some rotten kid like I was. She never caused me a moment of worry or gave me any gray hairs. (Well, maybe one, but that’s what hair color is for.)

I owe a lot of people my thanks for this one. Notably, Paul Wiseman, a genuine tug boat captain, working in Portsmouth, New Hampshire. He gave me a tour of his boat and answered my numerous nosy questions. I had an awesome day and felt much more confident when writing Ethan’s point of view.

More thanks go out to Lynda Lorow and Dr. Heidi Meinz for their contributions to Brigit’s story, in particular, the medical accuracy of her endometriosis diagnosis and symptoms. I learned a great deal and discovered this illness is much more common than I had previously thought. My heart goes out to those who suffer from it, and big kudos to all the supportive partners out there!

As always, I must thank my critique partner, Mia Marlowe. She’s an incredibly talented author, and I’m confident that if you try her books you’ll love them. Her wonderful stories are a treat for me, as I’m sure they will be for you.

Also my thanks go out to Brooklyn Ann, my first Beta Reader and another fabulous author. I’ve had the honor of beta reading her books too, and I loved each one of them.

Heartfelt thanks to my #1 fan Sherry Ingalls. She gets my sense of humor and understands how much I need her feedback, compliments, and encouragement. That’s huge. Creative types are surprisingly insecure. A fan letter, a great review, or an ‘atta girl’ on a blog will keep your favorite authors happy and working their butts off to entertain you in the future.

“D
amn it, Charlotte, where are my keys?” Ethan Cox tossed the couch cushions on the floor. Hands on his hips, he spun in the direction of Charlotte’s disembodied tinkling laugh. “This isn’t funny, Charlotte. I’m on call.”

“I’m not telling you where your keys are until we play the game.”

“I told you, we’re not doing that anymore.”

“Yeah, it was fun in my teens and early twenties. But I’ve grown beyond that now.” He lifted a candy dish and set it back down. “Charlotte...”

“Nooo...I get so bored without the TV when you’re not here.”

“Then tell me where my damn keys are.”

A long suffering sigh was his answer.
“Fine. They’re where you usually keep them.”

“Huh?” Ethan strode to the kitchen and saw the keys dangling from the peg next to the refrigerator. “I swear they weren’t there ten minutes ago,” he mumbled.

“There’s a visitor coming up the walk. She’s a lot prettier than the one from last night. This one is a ten. Last night’s date was an eight at best, and I’d knock her down to a 7, if that’s what she calls, ‘good in bed.’”

He made his way back to the living room, fixed the couch cushions, and threw open the door, surprised to see a member of the coven on his doorstep. “Brigit!” Even though he had known her since high school, he never failed to notice her perfect skin and arresting lavender eyes.

Charlotte chuckled
. “Oh sure. Now you’re not busy. Before you couldn’t wait to get out of here.”

Ethan tuned her out, as he always had to when someone didn’t know his house was haunted. “Come in, Brigit.”

The beautiful brunette witch strolled past him and glanced around, admiring the interior of his eighteenth century house. He always noticed her violet eyes. Everything about her was stunning, and those eyes...Today, they seemed a little sad.

“What a lovely home. You never told me you lived in something so historic.”

He shrugged. “There are thousands of historic houses in town.”

He smiled. “Yeah. But it was moved from another location.”

Curiosity was killing him, but he wanted her to feel welcome first. “Have a seat. I imagine you didn’t come here to talk about my home. Can I get you something to drink?”

No sooner had he entered his kitchen when he heard Brigit scream. Charging back into the living room, he saw her edging her way around his sofa, staring at the air in front of her.

Brigit pointed with a shaky finger. “Who’s the woman with the knife in her head?”

Ethan followed her light on sight and squinted. “You can see Charlotte?”

“Yeah. I didn’t know she had a knife in her head. I can only hear her.”

Brigit backed up another step. “Call her off, will you?”

“She’s a nervous one, isn’t she? Oh well. She’s out of your league anyway,”
Charlotte said.

Ethan approached Brigit slowly and extended his hand. “Here. Come into the kitchen with me. Charlotte is harmless. She’s just...well, she’s Charlotte.”

“Charlotte the harlot. Go ahead. Tell her my nickname. It’s what everyone used to call me.”

Brigit grasped Ethan’s hand and held it tight while he led her to the kitchen and pulled out a stool at his granite island.

She looked around again. “Nice remodel.”

“Thanks. I can’t take credit. My parents did it before they retired to Arizona.”

Her perfect brows lifted. “They improved it, and then left?”

“They planned to sell it. If they’d known I was going to buy it, they might not have tried so hard to make it magazine ready.” He chuckled.

“Yup.” He didn’t elaborate. She probably didn’t have all day, and she came here for something. It’s not as if members of the coven always visited for coffee and gossip. “So, what’s on your mind?”

He watched her out of the corner of his eye as he put the tea kettle on. Her gaze dropped to her lap and she seemed to be wringing her hands. She opened her mouth a couple of times, as if she were about to speak but thought better of it.

Concerned, Ethan strolled over and took the stool next to her. “What is it, Brigit?”

She bit her lower lip and gazed around the room.

His curiosity piqued. “Okay. I can make our tea to go. She never leaves the house.”

Brigit nodded. “Thanks. That would be nice. Prescott Park is nearby, right?”

“Just down the street.”

“Good.” She let out a deep breath. “There’s plenty of room there, so we shouldn’t be overheard.”

Brigit worried her lip again. She glanced all around the kitchen and leaned over to see the hallway, probably making sure they were really alone. At last she leaned in next to his ear and whispered, “I want you to be my baby daddy.”

Ethan almost fell off the stool. “Your what?”

“Shhh...” Brigit stared at a spot in the hallway. “We’re not alone anymore.”

Had she really said what he thought he’d heard?
Baby daddy?
He never planned to be a father—or a husband for that matter. He loved his life as a carefree bachelor. And being on call 24/7 as a tug boat captain could be hard on a family. Missed recitals. Running off in the middle of parties. Forget about coaching little league. He must have misheard her. That was the only possibility.

The tea kettle couldn’t boil fast enough. Ethan grabbed two travel mugs and a box of tea bags. He offered her the box. “Pick one. Any one.”

She plucked a packet of Earl Gray tea out of the box and handed it to him.

“Sugar? Milk?” As he said ‘milk’ he pictured her with full breasts and a baby in her arms. Correction.
Fuller
breasts. She was already plenty well endowed.

“Just milk, please. I try not to eat sugar.”

Ordinarily he’d use some pick-up line about her being sweet enough, but it didn’t seem as if she needed to be romanced. Damned if he wasn’t the luckiest man on the planet—or the unluckiest.

B
rigit tried to calm her nerves as she and Ethan strolled toward Prescott Park in silence. The park was a nice chunk of land on the waterfront where concerts were held. She hadn’t been here since she returned home from Hollywood, but when she spent time in Portsmouth it was usually for coven rituals after dark.

A lovely fountain was surrounded by a wall on which they could sit with their backs to the spray. It was still hot in September and the breeze off the water cooled the air a bit. Or was it the warmth of her cheeks making it seem like summer again.

“Let’s find a bench,” Ethan said, and escorted her to a pretty spot in the park with flower beds and more fountains. He allowed her to sit first, then settled beside her. “Just so you know, I’m hearing you out as a friend, but I’m not about to do what it sounded like you want me to do.”

Brigit sighed and sagged. “Well, thank you for hearing me out. I hope you’ll reconsider when—” She caught movement from the corner of her eye.
Oh no.
“Is that a cemetery over there?”

Ethan glanced over to the historic headstones on the far side of the park. “Yes. I’m not sure, but it might be the oldest one in the state. There are grave markers from the 1600’s in there.”

“Shoot,” she muttered under her breath.

He gazed in the right direction, but apparently he couldn’t see the spirits rising and coming toward them.

She scooted closer to him. “Yeah. A few.”

“Jesus. You attract them like a magnet, don’t you?”

“I’m afraid so. Listen, is there someplace we can go that might be spirit free in this ancient town?”

Ethan scratched his head. Then he chuckled. “I know just the place.” He jumped up and held out his hand. It’s not a long walk. Can you handle a few more blocks?” A worried look passed over his features.