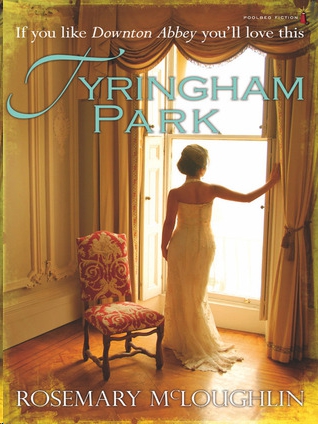 This novel is entirely a work of fiction. The names, characters and incidents portrayed in it are the work of the author’s imagination. Any resemblance to actual
persons, living or dead, events or localities is entirely coincidental.

All rights reserved. No part of this publication may be reproduced or transmitted in any form or by any means, electronic or mechanical, including photography, recording, or
any information storage or retrieval system, without permission in writing from the publisher. The book is sold subject to the condition that it shall not, by way of trade or otherwise, be lent,
resold or otherwise circulated without the publisher’s prior consent in any form of binding or cover other than that in which it is published and without a similar condition, including this
condition, being imposed on the subsequent purchaser.

A
BOUT
THE
AUTHOR

Rosemary McLoughlin, born and reared as Rosie Fahey in Australia, has lived in Ireland for forty years and isn’t sick of it yet. She lives in Rathmines in Dublin with her
husband Kevin, and has two adult children, Cian and Orla.

To everyone at Poolbeg, especially Paula Campbell and Gaye Shortland, who have been such a delight to work with.

Most importantly, to my present family: Kevin, Cian and Orla McLoughlin, my heroes.

The mother wasn’t seen to lose her composure and the father didn’t return from London when Victoria Blackshaw, the pretty one, went missing at the age of twenty-two
months.

The first person to notice that the baby carriage was empty was the mother, Edwina Blackshaw, and the second was Manus, the horse-trainer.

Edwina, disbelieving, snatched up the tartan quilt and the feather mattress, shook them, and let them drop from her hand to the ground. She felt around the dark interior of the carriage for
Victoria’s red-headed doll or anything that might provide a clue to the child’s absence, but the only things her hands touched were a crumbling biscuit and a teething ring.

Manus noted with relief that all the stalls and the gate leading into the paddock were closed, but was sickened to see that one of the double doors of the stables entrance was unsecured and
standing slightly open. He wrenched the door fully open and raced to check the avenue in front of the stables, and the banks of the flooded river behind it, then the weir and the bridge with its
view downstream, before running around the perimeters of the outbuildings, expecting to see a little figure in white every time he turned a corner.

Edwina tested the latches of the seven occupied stalls first, rattling the lower half-doors to see if they were fastened and not merely closed over. The instinct of a horse, no matter how
docile, to lash out if grabbed by the back leg without warning was what she feared; a little body smashed up against a wall was what she dreaded to find.

In a state of heightened expectation Manus ran back into the courtyard in the hope that Edwina had found Victoria in his absence, a hope so strong he thought for one second he saw the
child’s outline, but the image quickly dissolved. With uncharacteristic roughness he pulled Mandrake out from his stall and, despite the gelding’s sidestepping in reaction to the panic
in the atmosphere, had him bridled and saddled in a minute.

“I’ll follow the river in case she went in,” he said, mounting.

“Get help first in the hope that she didn’t.” Edwina was standing in the middle of the yard, swaying slightly. “We need to widen the search immediately.”

By now he presumed the child had fallen into the river and been carried away but he didn’t want to take away her hope by disobeying her order. Silently cursing the minutes he would lose by
riding up to the house, he did as she commanded.

Edwina found herself turning in circles as one indecision followed another. She knew so little about her daughter. Was she two yet? Having falsified the date of birth on official records, she
could never remember which was Victoria’s real birth date and which was her registered one. Surely the child must be two by now? Were two-year-olds capable of clambering out of carriages
unaided, or would someone have to lift them? Could Victoria climb? Walk a distance? Make her way back to the house?

If Edwina knew the answers to these questions and if she had any idea how long the child had been missing she might have had some inkling of what to do next.

Later she explained to the policemen that she had positioned the baby carriage on the shady side of the courtyard, confident that Victoria would sleep for an hour (information supplied by the
nanny, though she didn’t mention that to them) while she helped Manus change the dressings on the shin of a nervous filly. The wound exposed the bone and a flap of skin and flesh was
dangling, she elaborated to add realism to her account. Manus couldn’t have managed on his own without causing distress to the animal. Of course he could have waited until the stable lads
returned but, seeing she was there, it would have been foolish not to make use of her expertise. So Victoria was unattended for about twenty minutes (it was actually forty but Edwina affected
vagueness so she wouldn’t have to admit to that) and the child could have disappeared any time during that period.

When they asked her if she had felt the mattress before lifting it out, to see if it was still warm, she had to admit that in her distracted state she hadn’t thought of it, and when they
asked if the double doors had been open or closed at the time she went to attend to the filly, she said that they certainly were closed – she would have shut them behind her out of habit
after she’d wheeled Victoria into the courtyard.

And what was Victoria’s date of birth? The inspector turned the page of his notebook and, pen poised, waited for the answer.

“Excuse me a moment,” she said, rising from her chair and leaving the room, feeling no obligation to give any reason for her departure to the two policemen.

The housekeeper Miss East never forgot how Manus appeared on horseback like a messenger from the Apocalypse to bring the bad news up the hill to the house.

His shouting brought her flying out through the front door.

“Victoria has gone missing. Round up everyone!” he called across to her, making no attempt to prevent the swerving, stamping Mandrake from damaging the lawn with deep gouges and
hoofprints.

Despite her fear of horseflesh Miss East ran onto the grass right in front of the animal to find out more details. Mandrake high-stepped backwards at her approach and Manus didn’t check
him.

“I’m searching the river. I fear she’s drowned,” were his only responses to her outpouring of questions. He turned with a snap of the reins and Mandrake, reacting,
accelerated with such speed that Manus barely had time to shout over his shoulder, “The stables!” before he was gone, leaving Miss East’s person splattered with clods of
earth.

Fired by an awful dread, she rushed around the house to the walled garden adjoining the kitchens. With relief she saw quite a number of the servants in the enclosure, all making the most of the
sun: some sleeping, some talking or playing cards and one poking at a line of ants with a stick.

“Listen! Everyone listen!” she thought she shouted, and then clapped her hands when no one moved. She called out in a stronger voice. “Victoria is missing! Come quickly!”
This time they heard and stumbled upright, dazed and sluggish from the sun, exclaiming and cursing. “Stables,” she pointed, then flapped her hands as if herding geese.
“Immediately. Go quickly. Run!”

They were already moving off.

She followed them through the garden gate, and called to the youngest boy, “Ned! Your legs are younger than mine,” and had to pause to catch her breath before adding, “Run as
fast as you can. Tell Sid and then the steward. Tell them to go to the stables. There’s a good lad.”

The boy looked pleased to be singled out. He promptly changed direction and headed for the coachman’s little cottage behind the rowan trees, some distance from the house.

Miss East felt her agitation quieten a little. The servants would be able to cover a lot of ground in a short time, and the steward and Sid would take charge and know what to do.

I wouldn’t want to be in Nurse Dixon’s shoes, she thought to herself, not for all the tea in China. With all her faults, and God knows she has plenty of them, she’s never
managed to lose a child before now.

As she ran after the others, two maids, mindful of the limitations of middle age, turned back to check that she was all right but she waved them on, saying she was fine, she would only hold them
back, and to keep going. When they rounded the corner of the house her legs weakened and she sank to the ground on her knees. Dear God, she prayed, let the precious little one already be found.
Please, Lord, have pity and don’t let her come to any harm.

With her back to the window and a hand mirror held to reflect light on her face, Nurse Dixon searched for laughter lines around her eyes and was relieved to see there
weren’t any. Look at her friend Teresa Kelly, run out of options, gone with her wrinkly old face to the other side of the earth at the age of forty to marry a sixty-year-old stranger because
she was desperate to have a child and a home of her own before it was too late.

There’s no way I’d let that happen to me, Nurse Dixon told herself with feeling. Not that it ever could, not with my youth and looks, and the divine Manus about to propose at any
moment.

Tilting the cheval mirror, she noted her waist and ankles were still slender, and, angling the hand mirror, checked her back and side views – good posture, good tilt of the head. She must
remember that pose – it was particularly flattering. She would try it out next time she saw Manus.