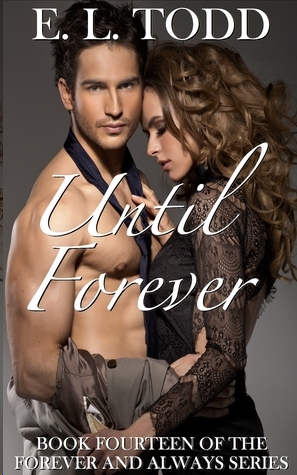 This is a work of fiction. All the characters and events portrayed in this novel are fictitious or used fictitiously. All rights reserved. No part of this book may be reproduced in any form or by any electronic or mechanical means, including information storage and retrieval systems, without written permission from the publisher or author, except in the case of a reviewer, who may quote brief passages in a review.

Book fourteen of the Forever and Always Series

The shop was busy every single day. It amazed me how many new people poured in from the street. I didn’t even think they were tourists most of the time. But I did have a pretty good spot on the strip.

Cortland came in around lunchtime. “Lunch?”

The nice thing about being the boss is I can leave whenever the hell I want. Since I didn’t trust anyone else to handle the money, I pretty much took care of the cash register the entire time. But I hardly did any artwork. The last time I created a tattoo was when I marked Janice’s finger. “I think I can spare the time.”

“You have to eat sometime, right?” Cortland said.

He rested his elbows on the counter. “How’s that going anyway? Is it still World War III over there?”

“Damn, this place is
hoppin’.” Flynn walked inside, wearing a t-shirt that showed the scorpion tattoo on his arm. He glanced at all the people waiting in the lobby and the artists at work. “You must be rolling in the dough, man.”

“Hey, man. What are you doing here?” We fist pounded each other.

“Well, I am
a badass,” I said nonchalantly. “We’re getting lunch. You coming?”

Cortland looked at him. “Hey.” His greeting wasn’t as warm as mine.

“Have you tried one on or something?” Flynn asked.

“I just can’t pull it off, “Cortland said dismissively.

I shared a quick look with Flynn then we dropped the subject. “Let’s head out. I want pizza.”

We left the shop and went to this little hole in the wall pizzeria. We ordered a family size then got our sodas. I sat next to Flynn and Cortland moved to the seat opposite of us.

Cortland kept his perfect posture and leaned back. “So, how are you and Janice doing?”

“Whatever?” he asked. “That doesn’t sound good. I honestly expected you to have a cast on your head because she slammed a plate into your skull.”

“We’re lovers, not fighters.” I winked at him. “If you catch my drift…”

“I think everyone caught your drift,” Flynn said with a laugh.

Cortland’s eyes darted to him, and
a darkness descended. He looked away quickly. It happened so fast, I wasn’t sure it happened.

“She always punishes me by fucking my brains out but not letting me come. Well, two can play that game.”

“What are you punishing her for?” Flynn asked.

“We’re getting married, but she planned a fifty-thousand dollar wedding.”

Flynn’s mouth dropped. “Like, the annual salary of a regular person?”

“I’m telling you, my bitch is crazy.” I downed half my soda in a single gulp. “She’s lucky she’s so damn hot.”

“Wow.” Flynn nodded his head slowly. “You know how many tats you could get with that?”

Cortland eyed us from across the table. “So, did you resolve the issue?”

“No, I’m still punishing her into submission,” I said.

“So, if she caves, you’re changing the cost of the wedding?” Flynn asked.

“No, we aren’t having that wedding. Period,” I said firmly. “I’m not budging on that. She can plan a cheaper wedding with me or we’re going down to city hall. Honestly, I don’t care either way.”

“How are you guys still together…?” Cort
land’s eyes were wide in amazement. “You fight more than any other couple I’ve ever known—including Sean and Scarlet.”

“Deep down inside, we like it,” I said with a sinister smile. “Because a lot of awesome sex comes out of it. And my baby loves getting her daily dose of Ryan.”

“Suddenly lost my appetite,” Cortland said with a cringe.

“The sex still good with Monnique?” I asked.

“That’s all you’re giving me?” He usually told me, in detail, about the nasty shit they did. I wondered if Flynn’s presence was making him uncomfortable.

“There’s only so many positions you can try,” he said dismissively.

“Excuse me?” Cortland said. “Don’t talk about her like that.”

He smirked then shrugged. “I haven’t fucked her, but I’ve been inside her.”

Flynn
nodded. “The best. And she can’t get enough. She’s always wanting more.”

“Sounds like you know what you’re doing,” I commented.

“I’ve been around,” Flynn said vaguely.

When I looked at Cortland, his face was starting to tint.
Wow, he really hated this guy.

The pizza was placed on the table along with the plates. Like famished dogs, we dug in.

“So, it’s getting serious?” I asked Flynn.

“It better be,” Cortland snapped. “No one uses my girl and gets away with it.”

Flynn ate his food but didn’t seem threatened by Cortland’s hostility. He acted like it didn’t exist. “I told her I loved her. She said it back.”

I gave him another high-five. “Sounds like you’re sticking around for the long haul.”

“She can’t get rid of me. Now I just have to get her to move in. She lives in this ghetto apartment. I have plenty of space to share.”

Cortland was the biggest cock block I’ve ever seen. I gave him a look across the table that clearly said, “what the hell are you doing?”

We finished our food, and only a single slice remained.

“Cortland and I are undefeated.”

“Until now,” Flynn said with a smile.

“Ooooh…we got some competition,” I said to Cortland.

“No, we don’t,” he said darkly. He gave Flynn a glare then looked away.

What the hell was his problem?

“
Ight.” He threw his cash on the table. “See ya.” He walked out then disappeared.

I looked at Cortland incredulously. “Dude, what the hell is your problem?”

“That’s the part where you give your reasons,” I said like a smartass.

“Look, everyone likes the guy but you. Even the girls like him.”

“I don’t care what everyone thinks,” Cortland said with heated eyes. “I don’t trust him.”

“Well, it seems like he makes Hazel happy and treats her right.”

“By fucking her?” Cortland snapped. “You shouldn’t talk about that to a group of guys.”

Was he joking?
“What the hell do we talk about every day? Fucking our ladies.”

“Are we in the
Lion King
now?” I teased.

“He can’t just date Hazel for a
few months and think he can hang out with us.”

Cortland looked away, dismissing the conversation.

“If he’s dating Hazel, and Hazel is one of us, like you pointed out to him when you threatened him, then technically he is one of us.”

I felt like I wasn’t talking to Cortland. There was a different guy sitting across from me, an impostor. I gave him a serious look. “Cortland, what’s going on?”

“Nothing. I know she’s been through a lot and I don’t want to see her get hurt again. You don’t know her the way I do.”

It still didn’t add up. Flynn seemed like an awesome catch, even to me, a dude. “Everything alright with Monnique?”

“I haven’t seen her around much…”

“She’s working all the time,” he said sadly. A glimmer moved in his eyes then disappeared. He continued to look at the rest of the people in the pizza shop, more interested in people watching than our conversation.

“If it’s bothering you, you should tell her.”

“I’ve never seen her happier. I’m not going to take that away from her.”

“But if it’s hurting your relationship—”

I didn’t know what happened to Cortland, but he wasn’t the guy sitting across from me now. He was different, unrecognizable. “Can I say something?”

“If I said no, you still wouldn’t shut your mouth.”

“You’re my closest friend. And…I love you.” We never got mushy-mushy like this. I felt a little gay just saying it. “I know when something is bothering you. You think Scarlet knows you better than anyone, but it’s me, dude. And I know you aren’t okay. You can tell me.”

“After the horrible childhood I had, I learned very quickly that life is too short to be unhappy. My dad was taken away from me at the blink of an eye. We didn’t see it coming, and we didn’t have a chance to prepare for it. It was one of the things I couldn’t protect Scarlet from. My
point being, if you aren’t happy, start being happy.”

Cortland threw his cash on the table. “I got to go.”

I watched him walk out without looking back at me, wondering what was happening to my friend.

I walked to the table then picked up the wedding binder. “Ready to start over?”

She glared at me. “You don’t care about the most important day of our lives. Your only interest is saving money. That’s not romantic or sweet at all.”

I continued to hold the binder. “You’re wrong about that. Of course I care. But I’m not throwing away a small fortune for a single day. Now, let’s go through this and figure it out.”

I gave her a hard look before I dropped the binder. “Looks like I need to teach you a lesson.”

I smirked. “I accept your challenge, baby.” I walked into the bedroom then shut the door. I knew what Janice was into so I did a few push ups and
sit ups before I hopped into the shower. After I washed my hair and body, I patted myself off then dropped the towel. Water drops clung to my skin and still dripped. I knew she wouldn’t resist me.

I walked into the kitchen then saw her eyes dart to my body. When a slight tint entered her face, she looked down at her computer screen, trying to be indifferent to me.

I came closer to her, my stomach near her face.

She still ignored me.

I placed my hand on her computer then snapped it shut, removing her distraction. “Look at me.”

She left her chair then moved around the table. I dashed to her then pinned her against the refrigerator, pressing my wet body into her. My hair was messy and still damp.

“Where are you going?” I whispered.

She turned her face away.

My lips sought her neck and my hand moved up her dress. Her breathing hitched when I touched her. I knew she would be lost in just a moment. My cock grew hard and I pressed that into her. I breathed into her ear, exciting all of her senses.

All the Lonely People by Martin Edwards
The Grand Masquerade (The Bold Women Series Book 4) by Amanda Hughes
You Are a Writer by Jeff Goins, Sarah Mae
If These Walls Could Talk by Bettye Griffin
The Historian by Elizabeth Kostova
That Old Flame of Mine by J. J. Cook
Knight of Runes by Ruth A. Casie
Her Perfect Mate by Paige Tyler
Contaminated 2: Mercy Mode by Em Garner
The Aloha Quilt by Jennifer Chiaverini