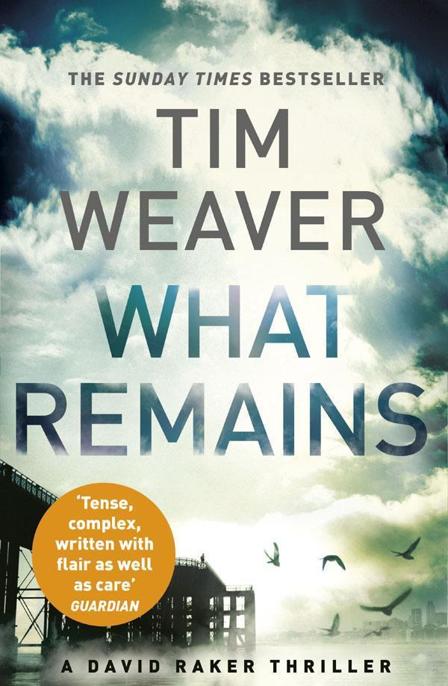 The Man in the Raincoat

For Mum and Dad

In my second novel,
The Dead Tracks
, there’s a short conversation between David Raker and Colm Healy where Healy talks about the failed investigation that’s at the heart of
What Remains
. At the time I wrote the scene, I never really thought that a few lines of dialogue would eventually form the basis for an entire book. It’s a consequence, I suppose, of my tendency not to work to plans: in the latter stages of
The Dead Tracks
, and then through the three novels that followed, Healy took on much more of a role than I ever would have anticipated, and that case – and his failure to solve it – began to affect him in ways that I never considered until I got there.

Because of that, eagle-eyed readers might notice a few minor changes between the case that Healy describes in
The Dead Tracks
and the version in
What Remains
. There were various reasons I felt I needed to make those alterations, but it ultimately came down to the fact that a full-length novel would have suffered without them. Where possible, though, I’ve tried to stay close to the details of the investigation that Healy (and, to a lesser extent, Raker) has talked about over the course of the series.

Finally, I’ve made some small changes to the working practices of the Metropolitan Police too, purely to service the story more effectively; as always, my hope is that it’s done with enough subtlety and care for it not to cause offence.

Eight-year-old twin girls and their 29-year-old mother have been found dead in what police are calling ‘an unforgivable and callous attack’. Gail Clark and her daughters Abigail and April were discovered after a neighbour became concerned she hadn’t seen or heard from the family in over four days.

Last night, police were calling for witnesses in and around Searle House, a twenty-storey block of flats in New Cross, south London, where the family lived on the seventeenth floor. Detective Inspector Colm Healy, leading the investigation, said a news conference would be scheduled for later today, and further details would be released to the public then. In the meantime, he appealed for information from anyone who lived in Searle House or any of the surrounding estates: ‘We believe Ms Clark and the two girls were murdered on Sunday or Monday this week – that’s the 11th or 12th July. This was a particularly brutal crime, one of the worst I’ve seen in twenty-four years as a police officer, and I appeal to any member of the public who saw anything suspicious to bring that information to us without delay.’

DI Healy continued: ‘We have a number of leads and I want to reassure the public and the local community that the person responsible will face the full force of the law.’

I met Colm Healy in a motel in Kew.

It was just north of the motorway, a big steel-grey building with all the aesthetic beauty of a shipping container, perforated by two long rows of identical windows. The car park was half full, slush skirting the pavements and approach road, ice-cold water cascading from broken guttering above the main entrance.

The bar was probably the best bit about the place, and not only because – with alcohol – you could eventually pretend you were somewhere else. It looked like it had recently undergone a refurbishment, and although the views only took in the car park and, vaguely, a glimpse of the Thames, the interior was smart and modern, a mix of booths and sofas, set in a semicircle around a curved counter.

I made a beeline for one of the booths, shrugging off my coat and ordering a black coffee, and then spent the time waiting for Healy by removing a series of printouts from a slipcase I’d brought with me. They were all job vacancies. I laid them out in two lines of five, all ten facing away from me, and put them into chronological order, starting with the one that had the most imminent deadline.

A few minutes later, the main door squeaked open on its hinges and Healy emerged into the stark light of the room. He nodded at me once, then headed to the bar. He was dressed in faded denims and a red T-shirt with
something printed on the front of it, his hair combed but wet, his face flushed, like he’d just stepped out of the shower. I heard him ask for a Diet Coke, and then he came over. He eyed the printouts as he sat, but didn’t say anything.

But I knew what was wrong. We both did.

Six days ago, on 8 January, we’d met in a café in Hammersmith after Healy had called and suggested getting together. It was the first time I’d seen him in fourteen months. In only six days, a lot had changed: not only had I paid for ten days’ accommodation for him in the motel, but I’d also topped up his Oyster card, given him enough money to cover petrol, trawled recruitment agencies for work, even run him to interviews and driven him to the shops to buy food. He was uncomfortable with it – in a lot of ways I was too – but he’d got to the point where he didn’t have a lot of options left.