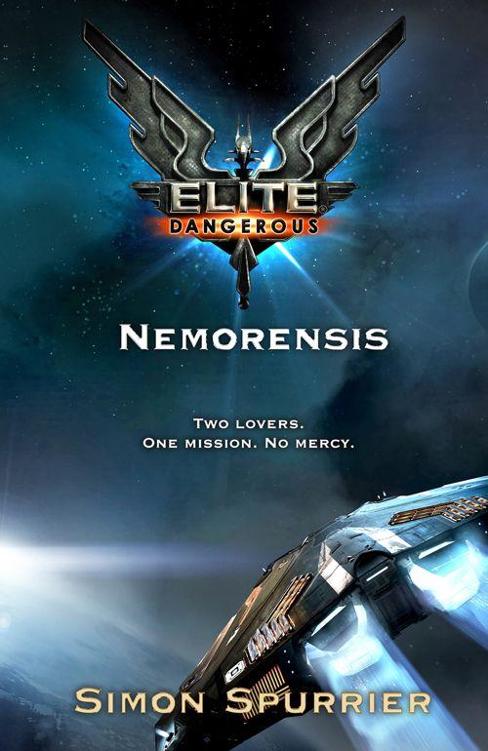 Outside, pitching arse over nose, the freighter they’d murdered scattered its guts and prolapsed its crew. Shat its atmosphere with hideous grace and an undeniably romantic sparkle.

She laughed her breathless laugh. She groaned her mannish groan. She rolled her eyes and repositioned her legs, a lizardlike yank, a feral smile, to pull him deeper inside.

It had become her habit, he’d noticed, to murmur his name at least once during sex. Just as it had become his to wonder, when she said it, if she were adoringly savouring the syllables or mocking the pomposity of his having so many. Whichever it was (and with Teesa there was a good chance it was both) the neurotic uncertainty was always banished within moments. Her next movement, her next shudder, her next moan. There simply wasn’t room in his brain, he’d accepted, for both her
and
rational thought.

‘We should rabbit,’ he murmured, clinging feebly to common sense. ‘Right? Snag the goodies and go.’

She ignored it. Another flex of her legs. A groan. A re-anchoring of her hips. He’d known she would.

Myq’s ex-career as an intersystemic music icon, and hence as an object of allgender desire, had been admittedly brief. But even in that short time he’d learned a thing or two about gravity-free fucking, and foremost was that one or both participants must have strong legs. That was especially true in the cramped cab of the
Shattergeist
, where every conveniently-positioned handhold was just as likely to be a critical life-support instrument as a more innocuous point of erotic anchorage. One of these days, he was sure, he was going to make a dramatic grab for the Toilet Purge control in a thoughtless moment of climax.

Even in the ship’s former life as a celebrity tour bus of extreme hyperluxury (before Myq had stolen both
it
and the small fortune required to convert it into a cargo-lugging haunt of egregious hyperweaponry – both, alas, from his former band mates) – even back
then
the service and control sections had been the claustrophobic haunt of cooks and crew; never a first-choice for venereal venues. Cockpit bonking, it was generally felt, was as tricky as it was tacky.

But with Teesa? With Teesa he’d never had to worry, and her present re-clinching manoeuvre was as impeccable as ever. Her perfect chest pivoted upwards with weightless momentum, her perfect jaw settling jigsaw-like against his shoulder.

On screen, holoheld above the liminals, the dustcloud from the wreck reached their shields and flared like a holy moment: a cheery radioactive death-rattle lent luminous form. The pair basked in the light, pausing for a moment in their exertions, weightless and sweating: he the supplicant, she the offering …

… then got bored of the pretentious bullshit and got back to biffing.

In many ways Teesa#32A[M/Tertius] was like a child. No getting around it – small in body and bearing. Yet somehow, Myq had noticed, able to contrive a general sense of
bigness
. She was nudging thirty, with black hair dyed artfully in toxic Mandelbrots of orange and pink and full-sleeve chromatophore tats set to cycle between three lurid patterns; her smile disarmed more effectively than any EM-spray; her eyes (whiskey and moss) flashed laser-hot at provocations serious or benign, and deep in their orbits lay some alien spark, some delightful hint of the remarkable.

So: there and then. Without thought, without precursor or anxiety, as detritus flamed and haloed, he said it.

He knew she’d smile at that, and she did. He knew she’d laugh, and she did. And then she kissed him twice, once on the tip of his nose and once on his bottom lip, both too quick for response, before getting back to arching, sighing, screaming.

Naturally, he had laughed back. Not too loud, not too certain, slurping on the valve-tipped straw of a glamstimm as it spiralled by, to cover the Awkward.
Too cool to care
, oh yes. He looped a gravless Happystrap™ round her thighs (top of the range, with a Riedquat mouse-fur lining and a four-page Satisfaction Guarantee – though nonetheless incapable of ever holding her still for long) and with its sturdy elasticity binding them got back to work.

They’d screwed their way out of Alliance space like a snarling orgasmic bullet. From their first meeting in an ozone-reeking jail cell on Gateway, through all the aimless mosquitoing of those first joyride weeks and the gradual turn towards Federation territory, not a day had passed they didn’t find some new way to rut, some novel mix of narcotics from the ’
Geist
’s stores, some fresh merchant vessel to annihilate.

Today’s unlucky victim was,
had
been, a chubby hauler. Glimpsed now past Tee’s rolling shoulders it was difficult to make out any of the usual spotter’s distinctions: size, berth, model, variant. Whatever denominative patterns might once have revealed its lineage were beautifully broken, straight lines sundered and angles abrogated, the unhappy crapheap recalling only the muddled traumas and splayed extremities of a huge flopping corpse.

Self-distract
, Myq impulsed, detecting the first fuzzy warnings of a distant but building Early Ending.
The wreck. Self-distract. The wreck!

Yeah, its shattered cavities yawning. A dead thing, a crippled giant: jagged modules disintegrating, all balletic momentum and weird parallax. Disparate threads of cable and duct eeling past in slow choreography like –

–
like innards
, he silently gurgled – poetically unhinged, obediently thrusting harder –
like the guts of a sacrifice smeared on a soothsayer’s dish
.

Myq tended to get purple when stoned.

Even the ship’s name was lost. It had stoically redacted its data-ID the instant the
Shattergeist
’s weapons went hot, and their first salvo had sublimated its nameplate: a chrysanthemum of gaseous metal momentarily visible amidst the blur, which had condensed in the void-chill just as fast. It jutted now, an eerie landscape, all fluted quills and misaligned stalactites. Like a detonation frozen in time, plated in silver.

I’m bloody trying
, he didn’t say.
My old groupies were never this demanding
.

Instead he grunted something notionally affirmative and kept at it.

It was true though: he’d never had anyone like Teesa. Not, mind, that he’d had much opportunity to sample the more cosmopolitan breed of lover. The fanbrats who’d invariably mobbed him backstage at the height of his fame, those clumsily androgynous disciples of his shitty Microwave-Pop Folk revival, upon whom the entirety of his sexual education was based, were mostly just as green and lost as he’d been pretending he wasn’t. His had been an audience of farm-fans and jut-toothed plantation princesses, so enraptured by the band’s arrival on whichever Interchangeable Rural Dungworld the tour had reached that they’d gamely tolerated his clueless dressingroom fumblings. Then breathlessly thanked him. And
then
,
oh NoGod
, went stumbling with mascara running and lip-piercings a-wobble, gently informed that
no, sorry, we can’t take you with us
. Back to their parochial offgrid little lives.

That, in the end, was the problem: the
smallness
of it all, the
realness
of it all. And hence precisely what had led him to that jail cell. And to her.

Still: it wasn’t as if Teesa was some übersexed galactic sophisticate either. From what little Myq had gleaned of her past (mostly in that same copshop where they’d met), she hadn’t left the Imperial moonlet where she’d been slaveborn until the day she stole her master’s swankiest shuttle and blitzed for Alliance space. Whatever carnal brilliance she possessed was surely innate, instinctive: not the sort of thing (so Myq supposed) one learned from a life as an indentured chauffeur. It – ‘
it’
– poured out of her like viral music: something intangible, beyond attention; a subliminal code to light up the pleasure-centres and gridnuke the balls. Demanding though she was, capricious and infuriating and contrary and mercurial though she was, Myq was never
not
horny while Teesa was around.

Something, somewhere, chimed. A light blinked which hadn’t before.

He was close. Impossible to ignore now. Propelled sideways by Tee’s throes he quickly lost sight of the unexpected light – and all the useful attention-diverting opportunities it had promised – so with a powerful instinct he instead clapped his eyes back onto the holo of the mangled hulk and tried to think unsexy thoughts.

The luckless ship had crossed their path just hours after their latest emergence from hyperspace. Myq had been worried about making another assault so soon after their last, and in a region so close. Only yesterday they’d gratuitously pulverised a fat Zorgon-line freighter, left it imploded and forlorn off the shoulder of Exphiay, and whatever authorities had bothered to respond to its squawking OhShit-beacons might conceivably still be close enough to catch wind of further violence.

But. Teesa had smiled. Teesa had said, ‘AawwWWww,’ and sulked. Teesa had jutted her lip and nibbled his neck and whispered, ‘
Pleeeeease, baby
.’ And, dammit, as the hauler had shifted below them like an endless archiscape, as its unsuspecting pilots had hailed in a welter of voidjockey patois, Myq had mumbled:

The chime rang out again. Just, alas, as Teesa decided to re-engage and re-position, showing herself off more fully, shooting Myq her most devastating smirk.

He subtly drifted them back towards the instruments. He wondered if the stricken crew of the hauler (he’d watched at least a few thrashing bodies tumble out, preserved in auto-deployed RemLok suits) had been stupid enough to spark their beacons while the
Shattergeist
lurked overhead. He was pretty sure –
pretty
sure
– that he and Tee maintained an unspoken agreement that the object of their rampage was not so much randomly-perpetrated murder but the pointless and gratuitous destruction of big stupid spaceships (plus, sometimes, the shameless filching of any worthwhile cargo), but …