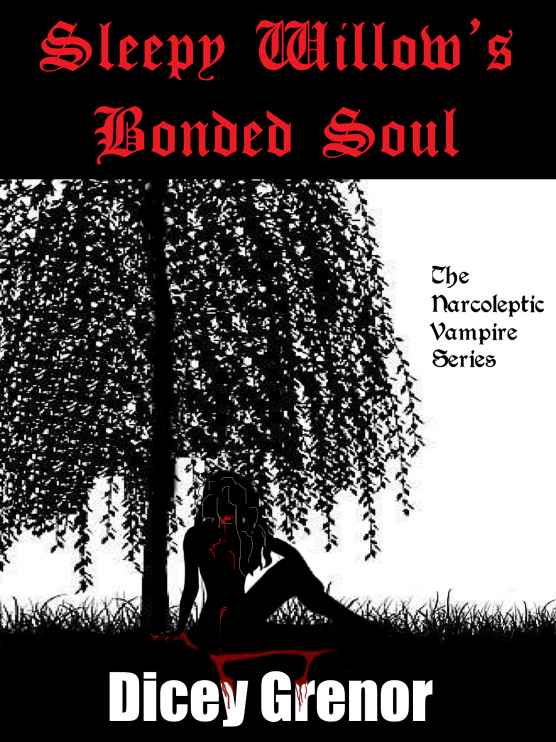 Without limiting the rights under copyright reserved above, no
part of this publication may be reproduced, stored in or introduced into a
retrieval system, or transmitted, in any form or by any means (electronic,
mechanical, photocopying, recording or otherwise), without the prior written permission
of both the copyright owner and the above publisher of this book.

The
scanning, uploading, and distribution of this book via the Internet or via any
other means without the permission of the publisher is illegal and punishable
by law. Please purchase only authorized electronic editions and do not
participate in or encourage electronic piracy of copyrightable materials. Your
support of the author’s rights is appreciated.

This
book is a work of fiction. The names, characters, places, and incidents are
products of the writer’s imagination or have been used fictitiously and are not
to be construed as real. Any resemblance to persons, living or dead, actual
events, locale or organizations is entirely coincidental.


Dedicated
to: My three babies.

The rest of the 4Ds.

You
make it all better.

You make it all worthwhile.

You
three devoured this book

Most
importantly, you supported my dream!

Thanks
to BJ Green and Danny Norris:

For
always being the voice of reason.

The aloof.
The direct.
The technical.

Thank
you for being supportive,

And
for NOT reading this book,

Trust
me, you don’t want to.

I’ll
write one for you one day.

Thanks
for all your help:

Always
good to have

The club became
completely quiet as I lay in my coffin, tightly wrapped like a mummy from my
crown to my toenails. I knew it was packed though because I heard pitter-pattering
of at least seventy-five racing hearts. Some sat at tables, some stood along
walls, and VIPs watched anxiously from the balcony.

Once I heard the
smoke machine fogging the stage and felt the spotlight center on my coffin, I
slowly raised the lid and held it there to give their human eyes a moment to
adjust to the fog.
To focus on me in the darkness.

Couldn’t see
Remi
through the white wraps across my eyes, but I smelled
him.
Sensed his essence, his soul.
He was alone at his
usual table on the far left near the stage, wearing his usual intoxicating
cologne. I smelled his cigarette in the ashtray and liquor in his glass. Knew I’d
taste a hint of both in his blood later, but it would still be hot, thick and
delicious.

I waited until the
deejay started the music then slowly lifted my upper torso to Marilyn Manson’s “You
and Me and the Devil Makes 3”. Planting my palm on the coffin’s edge, I brought
one stiffly wrapped leg up and then the other, draping them across the side
facing the audience.

Spilling out of
the coffin like running water, I left a trail of cloth behind and landed on the
floor gracefully. Then I rolled and rolled in time to the music, gradually
unraveling layers of cloth until various parts of my nudeness peeked through.
The white cloth looked like puddles with overflowing water glowing against the
black coffin and black floor.

My almond-shaped
hazel eyes remained closed while I danced to the music and writhed on the
floor, allowing my hands to explore first my plump breasts, then flat tummy,
and lastly, my trimmed bush. I rolled again, allowing more cloth to fall away
revealing more caramel brown skin.

After slowly
spreading my knees apart, I teasingly undulated in front of patrons closest to
the stage while lust oozed from their pores. They were entranced by the
gyration of my hips, the rhythm of the music, the fantasy of sex and death.

My necrophilia
clientele comprised of those aroused by corpses, death, near-death experiences,
mutilation and…sometimes murder.
Sometimes in self-inflicted
circumstances.
Knowing mummy wraps titillated them more than Victoria’s
Secret lingerie, I rolled around in the cloth, letting some drape around me
loosely. It fed their frenzy, their passion.
Gave them the
illusion of death coming to life.
Of living deadness.

Ironically, what
they perceived as illusory was in fact, reality.
The hallmark
of my existence.

As the song ended,
I lay across the coffin lid intimately, as if it were my lover, and licked long
strokes across the surface. Then I moved seductively until I straddled the
coffin.

In one swift
motion, I pulled the wrap from around my head that released long black tresses
unto my lower back and across my breasts. Leaning forward, I stretched until I
got the dagger from my coffin bed and raised it skyward with both hands. I
ground my hips across the lid as if I were fucking it and moaned loudly. When
the music stopped, my moans took over, becoming the music, setting the tempo.

Remi’s
heart almost leaped through his chest with
palpitations so loud, it must have been strapped to a microphone and amplifier.
Since my finales were his biggest turn-
ons
, he’d make
his way to a private room in back, if one was available, and jack off
afterwards. He had enough social grace to do it in private, but at Pit of Hades
Fetish Club, he really didn’t have to. Here, there was no shame, no taboos.

Considering how
often I’d performed sex and death scenes with guns, nooses, and swords, you’d
think the audience would be ready for anything. But they gasped and screamed,
and in some cases vomited, when I plunged the dagger’s stainless steel blade
into my chest. They’d known it was coming, yet they were still horrified and
awed. And ready to fuck.

But it wasn’t an
act.

I grunted on
impact. It hurt like a son-of-a-bitch, but I’d heal. Realism was most important
in pulling off a death scene, after all.

Once I withdrew
the dagger, I plunged it again, and then again, grunting from pain each time
the blade went into my chest. The sound of the hilt slamming into my skin
repeatedly seemed to echo throughout the club.

Slumping forward,
I let my blood run down the sides of the coffin onto the floor, taking comfort
in knowing
Remi
would replenish it later. I kept
falling until I slid to the floor in a heap.

Bright flashes
went off left and right as people snapped pictures. Security was everywhere
frantically grabbing cameras, admonishing patrons. This was a no-photo-taking
establishment unless you paid the club’s photographer to take authorized still
shots of or with entertainers in the designated booth. Performances were never
recorded or photographed due to graphic content and patrons were never filmed
unless they consented. The owner’s respect for privacy gave patrons freedom to
let their hair down and enjoy whatever deviant sex they were in to. Everyone
knew the rules. You didn’t get in without an invitation, signed contract and
approved membership…and definitely no cameras. Violators had their memberships
revoked immediately.

I liked the rule.
It prevented patrons from having incriminating evidence of my supernatural
powers. So far, everyone assumed I used fake blood and props.
Didn’t want anyone to start thinking otherwise and having proof to
boot.
They’d wonder how I recovered from fatal wounds night after night.
I could be practicing witchcraft or be some other legal supernatural being. But
if anyone happened to suspect I was a vampire, I would be clawing myself from a
pile of shit as deep as the Grand Canyon with nothing but a fingernail file as
my tool.

Suddenly, I felt
strange. My fingertips numbed, my tongue dried. I began trembling and feeling
light-headed, but I wasn’t alarmed. It wasn’t a reaction to me stabbing myself.
It was my illness, my body’s inability to regulate its sleep cycle. My
narcolepsy with a side of cataplexy was about to carry me away to a deep, short
sleep.

Considering I was
at the end of my set, it was good timing.

Hades was silent
again as the audience held its breath.

I inhaled deeply.
Exhaled completely.
Exaggerated several
more deep breaths then
spasmed
wildly for the sake of
dramatizing my finale, my death.

Then, as if on
cue, darkness engulfed me and my narcolepsy put me to sleep.

When I awoke a short time later, the first
thing I noticed was standing applause, cheering, whistling. Next, I noticed a commotion
at the corner of the stage. Punch,
Hades’s
head of
security, was dragging
Remi
back to his table,
threatening to put him out.
Remi’s
jeans were undone
and blood was smeared all over his arms and face.
My blood.

Remi
had been a regular Saturday night patron for over a
year and knew it was against the rules to touch performers while we were
onstage. I just hoped he didn’t make Punch put him out of the club. Or make
Punch beat him so badly I wouldn’t be able to take blood from him later.

Punch was a huge
Godzilla-size dude, nearly seven feet tall with biceps as wide as fucking
watermelons. His smooth dark chocolate skin emanated a wild animal don’t-fuck-with-me
warning scent. And though I didn’t know what he was exactly, I knew what that
meant. It meant Punch was not someone
Remi
wanted to
fuck with.

I felt famished
and
Remi
was supposed to be my dinner tonight.

I lay on the floor
motionless, eyes closed. I’d killed myself at the end of my set and the dead
don’t look at you. Not usually anyway. No sense ruining my fans’ perfect
fantasy by moving around now.

Franco, the club
owner, walked onstage with my skull tip jar in one hand, a microphone in the
other. With his sexy Spanish accent he shouted, “Everyone show some more love
for the luscious and deathly and oh so talented SLEEPY WILLOOOOW!”

As I peeked at the
standing crowd, Franco pointed to the deejay. A split second later, Marilyn
Manson blasted through the speakers again and Franco, clad in tight black
leather from neck to pointy toe, sat my skull down at the edge of the stage
then backed away with his arms out. As he welcomed the audience to show their
appreciation, fire shot out of gargoyle mouths lining the walls.

I smiled inwardly
as fans broke their necks to fill my skull with cash. I loved that they loved
my performance.
Made the pain worthwhile.
Goes to show
my aunt had been right about performing arts being my calling. That I should
utilize my gifts regardless of what folks like my parents said. Too bad she
would never see me onstage since she’d died several years ago after falling
asleep behind the wheel of a car. She’d had narcolepsy also.

Murder in the Wind by John D. MacDonald
The Easter Egg Murder by Patricia Smith Wood
His Purrfect Mate by Georgette St. Clair
The Fuller Memorandum by Stross, Charles
A House for Happy Mothers: A Novel by Amulya Malladi
Broken by Jordan Silver
Poisoned Ground by Sandra Parshall
Scribblers by Stephen Kirk
With All My Soul by Rachel Vincent
Anne of Avonlea by Lucy Maud Montgomery