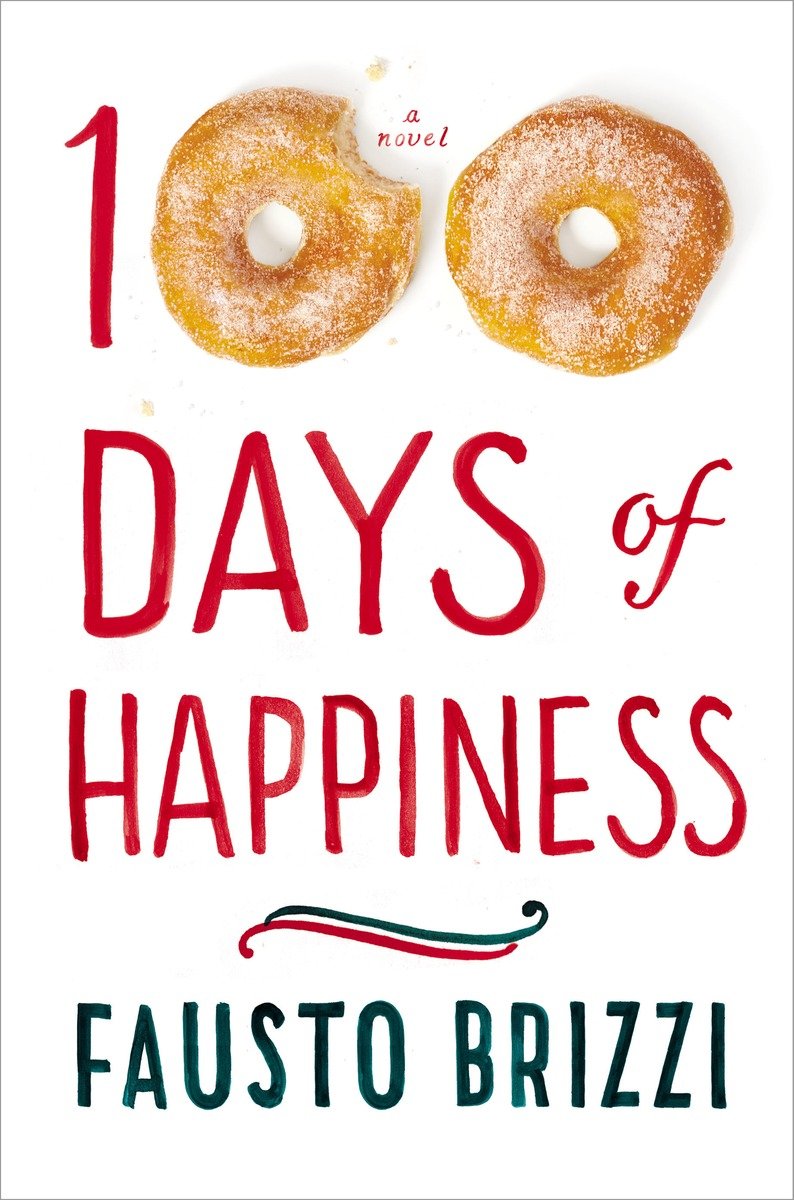 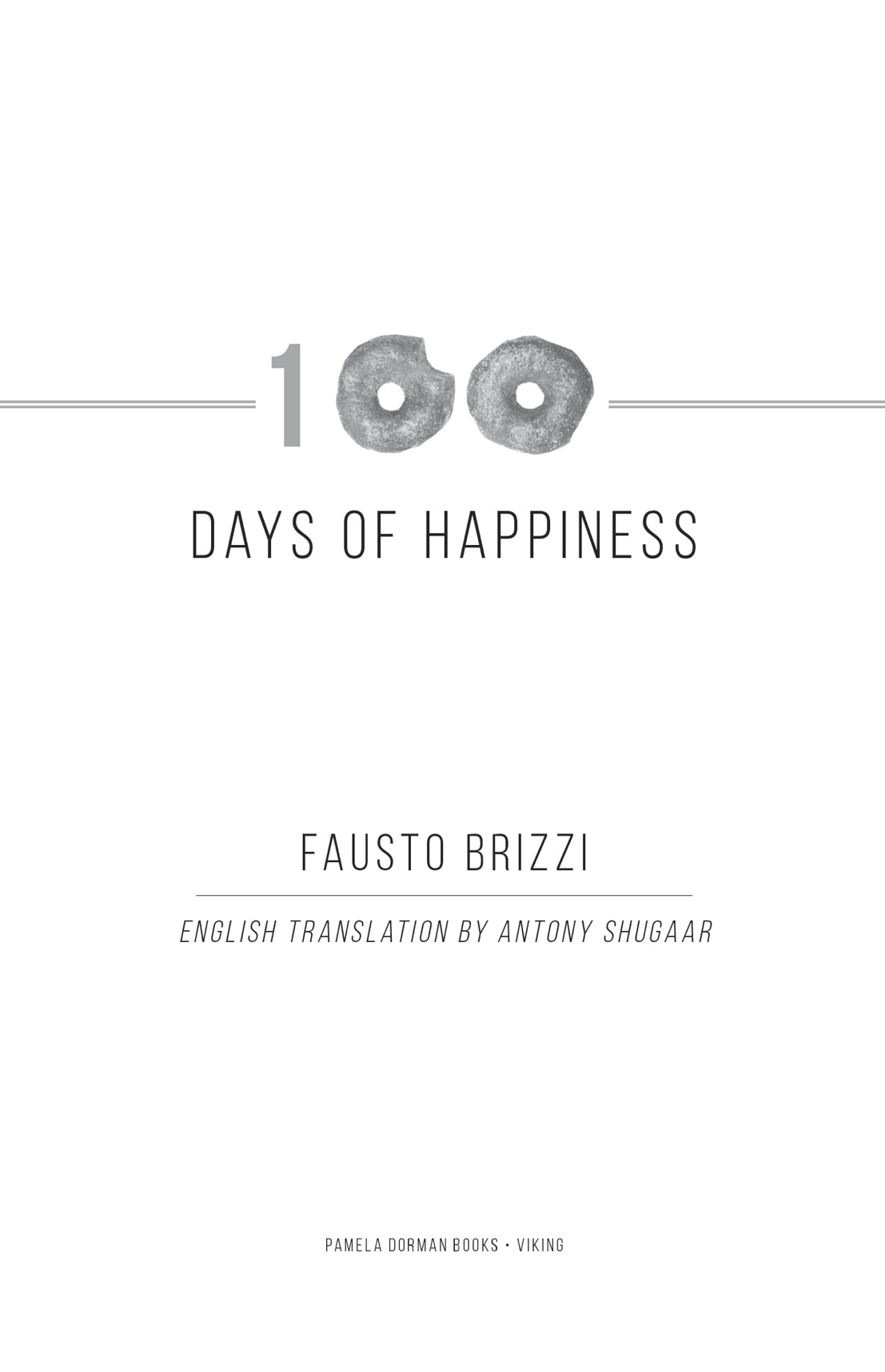 PREVIOUSLY, ON THIS SAME SHOW

SOMETHING THAT HAS NOTHING TO DO WITH ANYTHING

FOR CLAUDIA, MY EVERYTHING

If I were a rich man, I'd spend most of my day lying comfortably in an overstuffed armchair thinking about death. But I'm poor, so I can only think about it in my spare moments, or when no one's looking.

Thanks to Grandpa Michele and Grandma Concetta for having always been there, even if they're no longer with us.

To Mamma and PapÃ  because when I had to write a classroom essay on what I wanted to be when I grew up, and mine was “I want to be a writer,” they didn't put me up for adoption.

To my sister, Sonia, an endless source of comic inspiration.

To Marco Martani, an eternal comrade in writing.

To my agent, Kylee Doust, who by now has become my invaluable life coach.

To Anna Chiatto, who first read my idea for this book and forced me to write it. If you don't like it, then by all means complain to her.

To Paolo Repetti and the staff at Einaudi, who immediately believed in this story.

To Severino Cesari, who encouraged me when this book was still in diapers.

To Francesco Colombo and Laura Ceccacci for their precious advice.

To Flavio Insinna, who is Lucio the way I imagine him. If you imagined Brad Pitt, start the book over from the beginning, thinking of Flavio.

To Neri Parenti, who taught me the art of making others smile.

To Giorgio Faletti, the most talented man I know.

To Chiara Della Longa for the idea of
The Little Prince
.

To Elena Bucaccio, who told me about how she pretends to be a cat when she wants to stop fighting.

To Mauro Uzzeo and Michele Astori for their fundamental suggestions.

To Robert Louis Stevenson and Carlo Collodi for their imaginations.

And to everyone who put up with me over all these months of writing. I'm so sorry.

A
llow me to tell you about the three most important days of my life. I wouldn't want any of the three to think I'm playing favorites, so I'll list them in strict chronological order.

On that date, as a Fokker turboprop crash-landed in the Andes with forty-five passengers who would ultimately devour each other to survive, Antonio and Carla, that is to say, my mom and dad, eighteen at the time, conceived me in the backseat of an unprepossessing off-white CitroÃ«n Dyane. The two teens had parked their vintage junker in a large empty square on the outskirts of Rome, included in the zoning plan by far-seeing city administrators as a handy refuge for lovebirds. It was a bleak setting, filled by the occasional abandoned refrigerator and stacks of battered cars.

A perfect backdrop for a tender love story.

Antonio and Carla had met that afternoon at a birthday party for Manrico, a sweaty overweight loser from Frascati who'd been pining after Mamma ever since middle school. She'd just turned down his offer to join him in a slow dance to the languid notes of a young Elton John. And that's when she saw PapÃ  staring at her from a distance and almost choked on her tuna, mayo, and tomato panino. And, truth be told, PapÃ  was the kind of guy who regularly made girls choke on their panini. He was tall, skinny, and too cool for school; he played the
electric guitar and regularly wrote rock music cribbed shamelessly from lesser-known songs by the Rolling Stones. He resembled Sean Connery's better-looking brother, but with a scar on one cheek that gave him a mysterious smolder that 007 could only dream of. He could hold a roomful of people rapt for hours with stories about how he'd got that scar. Depending on the audience, either he'd received it in a bloody brawl in an open-air market in Mexico City, or else he'd been stabbed by a hulking rugby player from the mountains of Bergamo, brooding over a two-timing wife and a welter of painfully justifiable suspicions. Or else it had been that time that Frank Sinatra broke a bottle over his head because he couldn't stand what a good singer Antonio was.

PapÃ  was a professional bullshit artist so outstanding in his lying skills that if he'd set his mind to it, he could easily have become prime minister of Italy. But I, and I alone, knew the truth, whispered to me by a dangerous double agent from the south, namely, my aunt Pina: PapÃ  had taken a tumble with his tricycle when he was three and had landed face-first on the sidewalk. Be that as it may, Antonio the lady-killer liked to retire each night to the backseat of his CitroÃ«n Dyane with a different blushing passenger. That night it was Mamma's turn, and she was indeed seduced but not, however, abandoned because at the very instant of supreme pleasure, a red Fiat 500 smashed into the rear fender of my parents' car. At the wheel and riding shotgun were two half-drunk twenty-year-olds from Frosinone, completely unaware of the role they'd played in tearing a condom at a crucial moment, thereby directly contributing to my advent on life's grand stage. So let me say it now, guys, wherever you may be: my sincere thanks.

That fateful Friday, the thirteenth, I'd been set down on planet Earth as an uninvited guest, but that never kept Antonio and Carla from showering me with a fair-to-moderate amount of parental love, at
least for as long as they were married. That's another story, though, and an infinitely sad one. If I'm up for it, I'll tell you about it later.

The second most important day of my life was September 11, 2001. While everyone in the world was staring at their TV sets as special news broadcasts played and replayed footage of two Boeing 767s slamming into New York's Twin Towers, giving the rest of the world a new enigma to puzzle over and the American people a new enemy, I was in a restaurant at the beach with all of my closest friends, and Paola, the love of my life. It was a classic end-of-summer dinner, and it had been planned for weeks, but in truth this was no ordinary grilled-seafood banquet: it was the night I was going to ask Paola to marry me, the furthest thing imaginable from her mindâand my friends' minds.

An elderly waiter had agreed to be my accomplice. For a twenty-euro tip he'd douse the lights, play our song (which, for the record, was and remains “Always on My Mind,” in Elvis's immortal rendition), and triumphantly wheel in a gigantic mimosa cake with the engagement ring perched on top, concealed inside a bar of extra-dark chocolate.

It was a meticulously planned event: a night sky so bright with stars that it looked like a Christmas manger scene, a group of friends so warm and sincere that it could have been a TV commercial for an Italian after-dinner drink, and a gentle sea breeze so agreeable that it could have been God's ceiling fan set on low. Every detail was perfect. Or almost.

I'd failed to reckon with my best friend, Umberto, who is a veterinarian.

When the cake made its entrance, he leaped from his chair and prankishly swiped the chocolate bar, exclaiming: “Guys, this chocolate bar's all mine!”

Next thing you know, the gold engagement ring had shattered a molar.

Emergency run to the dentist's office. So long, magical and unforgettable romantic interlude.

Despite the pathetic outcome of the evening's main event, Paola said yes.

We were married early the following year in a charming little Gothic church on the outskirts of Milan, and it's one of the few things I've never regretted.

Paola is the star of my life. And as far as I'm concerned, she deserves at the very least an Oscar for her performance in the role of my wife. The story of her starring role in my life comes later.

The third day I'll never forget was a Sunday, July 14, 2013, exactly one week after my fortieth birthday. I should have guessed it was a special day because there were no shocking aviation disasters to steal my thunder.

It was a useless, tropical summer Sunday, and nothing noteworthy at all took place. Except for the fact that at about 1:27 p.m., I took my last breath and died.

I know, I know, now I've spoiled the ending and you're not going to want to read the rest of the book. Well, because you can't unread a spoiler and I've ruined the plot, but you've already bought the book and just stopping at page
4
is no fun either, I'll go ahead and tell you the name of the killer. That's right, even though this is no Agatha Christie murder mystery, there is a killer. In fact, I think we can say a
serial
killer because the villain in question has killed not just me, but millions of people, the kind of career achievement that could give Hitler or Hannibal Lecter an inferiority complex. Every year, roughly a third of all deaths can be attributed to this killer. Statistics tell us that we're talking about the leading cause of death in the Western world. In short, I'm in very good company.

This killer has just a short, simple first name, astrological and deeply unfunny: Cancer. Some call it tumor, which is Latin for “swelling” (so it turns out that studying Latin was useful after all), but physicians call it neoplasia, which means “new formation” in ancient Greek (so it turns out studying ancient Greek was useful too). But I've always called it
l'amico Fritz
, in Italian, just like the name of the opera by Leoncavallo. My buddy Fritz.

This is the story of how I lived the last hundred days of my existence here on planet Earth, in the company of my buddy Fritz.

And how, in spite of all expectations to the contrary, those were the happiest days of my life.