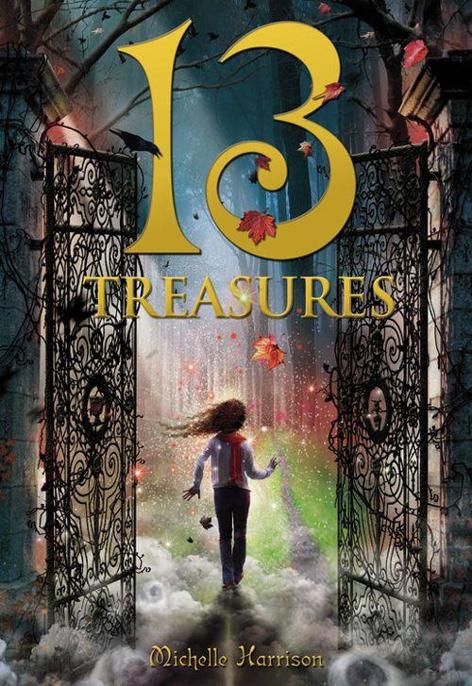 The Little, Brown name and logos are trademarks of Hachette Book Group, Inc.

For Mum, and for my niece, Tanya

She was aware of their presence in the room before she even awoke.

An ominous twitching had begun in Tanya’s eyelids, a sure sign that trouble was on its way. Her eyes opened groggily. As usual, she had reverted to her childhood habit of sleeping with her head under the covers. She was uncomfortable, yet reluctant to shift position. If she did it would alert them to the fact that she was awake.

Beneath the stifling covers, Tanya longed to kick the sheets back and allow the soft summer breeze drifting in through the window to wash over her. She tried to tell herself she had dreamed it; maybe they were not really there after all. Still she lay unmoving—for deep down she knew they
were
there, as surely as she knew she was the only one who could see them.

Through the covers she could sense them, could feel the air in the room charged with a strange energy. She could even smell the earthy dampness of leaves, fungi, and ripened berries. It was
their
smell.

A quiet voice cut through the darkness.

“She sleeps. Should I rouse her?”

Tanya stiffened beneath her sanctuary of sheets. She still had the bruises from the last time. They had pinched her black and blue. A sharp prod in the ribs made her gasp.

“She is not asleep.” The second voice was cold, controlled. “She is pretending. No matter. I do so enjoy these little…
games
.”

The last traces of drowsiness left her then. There was no mistaking the underlying threat in those words. Tanya prepared to throw back the sheets—but they were strangely heavy all of a sudden, weighing down on her—and they were growing steadily heavier.

“What’s happening… what are you doing?”

She clawed at the sheets, frantically trying to push them away. They seemed to be wrapping themselves around her like a cocoon. For one terrifying moment she struggled for breath before managing to free her head and suck in a lungful of cool night air. It was several seconds before she noticed that the glass star lantern covering the bedroom lightbulb was directly in front of her face.

Suddenly, Tanya realized why the bedclothes were so heavy. She was floating in midair, five feet above her bed—supporting the full weight of them.

Slowly, through no control of her own, she began turning sideways in the air. The bedclothes promptly slid off and fell to the carpet, leaving Tanya hovering facedown above her bed in her pajamas. Without the shelter of the covers she felt horribly vulnerable. She pulled her hair back from her face and scanned the room. The only living thing she saw in the darkness was the cat: a ridiculous fluffy gray Persian curled in a ball on the windowsill. It got up, giving her a haughty look before turning its back to her and settling down once more.

“Where are you?” she said, her voice shaking. “Show yourselves!”

An unpleasant laugh sounded from somewhere near the bed. Tanya felt herself being propelled forward, and before she knew what was happening she had turned a full somersault in the air, followed by another… and another.

She heard the desperation in her voice and hated it.

The somersaulting stopped and, finally, she landed on her feet—upside down on the ceiling. The curtains billowed weirdly in the breeze. She averted her eyes, trying to steady herself. It was as if gravity had reversed for her only. The blood was not rushing to her head, her pajamas were not falling upward, and her hair was now tumbling down her back.

She sat down on the ceiling, defeated. This was the reason they came in the middle of the night. She had figured that much out a long time ago. At night she was completely at their mercy, whereas in the day, if she happened to be caught in any strange situation, she had a far better chance of passing it off as a game or trick of some kind. Just one of many “games” and “tricks” over the years.

She couldn’t remember the first time she had seen them, exactly. They had always been there. She had grown up chattering away to herself as her parents looked on at first in amusement, then later, with concern.

As the years passed she had learned to lie convincingly. Talk of fairies did not wash well with adults once you were past a certain age. There were no more of the knowing looks and fond smiles that came with infancy. Tanya did not take it too personally. People didn’t believe in what they couldn’t see.

The incidents had become more vindictive of late. It was one thing having to cut out a few tangles after an encounter with an enchanted hairbrush, or finding that the answers to homework had been mysteriously tampered with overnight. But this was serious. For months now, Tanya had harbored a nagging worry that eventually something bad was going to happen, something she couldn’t explain her way out of. Her worst fear was that her increasingly weird behavior would land her on the couch of a psychiatrist.

Floating around in the air was not a good predicament. If her mother awoke to find her walking about on the ceiling, it wouldn’t be a doctor she called—it would be a vicar.

She was in trouble of the worst kind.

There was a waft of cool air on her face, and Tanya felt the brush of feathered wings skim her cheek. A large, black bird swooped at her shoulder, its glittering eyes blinking once before the bird morphed as quickly as a shadow would vanish in the sun. Silken black hair and the pinkish tips of two pointed ears replaced the cruel, curved beak, as a woman not much larger than the bird shifted into its place. She wore a gown of black feathers; it was stark against her ivory skin.

“Raven,” Tanya whispered. She watched as a feather fell from the fairy’s dress and floated lightly to the carpet. “Why are you here?”

Raven did not answer. She alighted at the foot of the bed, next to two small figures, one plump and ruddy-nosed, the other dark-skinned, wiry, and skittish looking. Both were watching her intently. The smaller of the two was the first to speak.

“You’ve been writing about us again.”

Gredin’s yellow eyes glittered, shockingly bright in contrast to his nut-brown face. “But that’s what you said last time. And the time before.”

Outside, a dark, rectangular object was drifting toward the open window as though carried on the breeze. It soared gracefully through the curtains and into the room, and halted before Tanya’s dismayed face. It was a journal, fairly new and in good condition—but covered in soil. She had buried it beneath the apple tree in the garden that afternoon. How foolish she had been.

“Yours, I believe?” said Gredin.

“I’ve never seen it before.”

The plump little fellow next to Gredin snorted.

“Oh… come now,” he said. “You wouldn’t want to be up there all night, would you?” He reached up and gave the peacock feather in his cap a light stroke, then twisted his ratty moustache around his forefinger. The feather shimmered at his touch, rich with enchantment. The fat little man removed the quill from his cap and gave it a deft flick.

The diary opened, releasing a clod of earth that fell to the floor and broke over one of Tanya’s slippers. A muffled sneeze came from inside the slipper, and then a fourth and final fairy emerged from inside it, hoglike and ugly. The creature beat its ragged brown wings with some effort and landed in a clumsy heap on the bed. After regaining its balance it began scratching vigorously, showering the bedclothes with molting fur and fleas, then gave a cavernous yawn, rubbing its snout with tiny brown paws.

Once, when she was smaller, and before her parents’ divorce, Tanya had been sulking ungraciously after a telling-off. After a few minutes her mother had snapped, “Don’t be such a little Mizhog.”

“What’s a Mizhog?” Tanya asked, curious despite herself.

“It’s a horrible hoggy creature that’s always miserable,” her mother had replied. “And with that face you’re pulling, you look just like one.”

This was something Tanya remembered every time she saw the flea-bitten brown fairy. Its hang-dog expression fit the description of her mother’s invented creature so perfectly that, in her own mind, Tanya would forever think of it as a Mizhog. As the creature, unlike the other fairies, had never put forth a name for itself, the name Tanya had selected stuck.

Aside from its fleas and the smell, which reminded her of a wet dog, the Mizhog was fairly unobtrusive. It never spoke—at least, not in any language Tanya could understand—was always hungry, and had a habit of scratching its belly. Other than that, it seemed happy to observe its surroundings with its soulful brown eyes—the only one of its features that could be described as beautiful. It stared up at her now, wide-eyed and unblinking, making strange little snuffling noises in its throat.

The diary bobbed in front of Tanya’s face. Hastily, she returned her attention to it.

Gredin’s eyes were as hard as flint. The pages of the diary began turning frenziedly, this way and that, as if trying to decide on an entry to settle upon. Eventually they rested on a particularly rushed-looking passage toward the end.

Tanya recognized the date immediately—it was less than two weeks ago. The writing was barely legible; her eyes had been so blurred with tears she had hardly been able to see her own hand. Then the hairs on the back of her neck stood on end as her own voice echoed softly from the pages, not quite loud enough to wake anyone, but certainly loud enough for her to hear. It sounded distant, as though its journey through time had weakened it.

“They came again tonight. Why me? I hate them. HATE them…”

The excruciating passage went on and on, and Tanya could only listen in horror as her voice spilled from the diary, recounting one page after another, angry, frustrated, and hopeless.

The fairies watched her all the while—Raven subdued, Feathercap and Gredin stony-faced, and the Mizhog scratching its flea-infested belly, disinterested.

“Enough,” said Gredin, after what seemed like an age.

Tanya’s voice broke off immediately, leaving only the sound of the pages flicking back and forth, as if by some invisible hand. Before her eyes, every word she had written slowly faded and vanished like ink drawn into blotting paper.