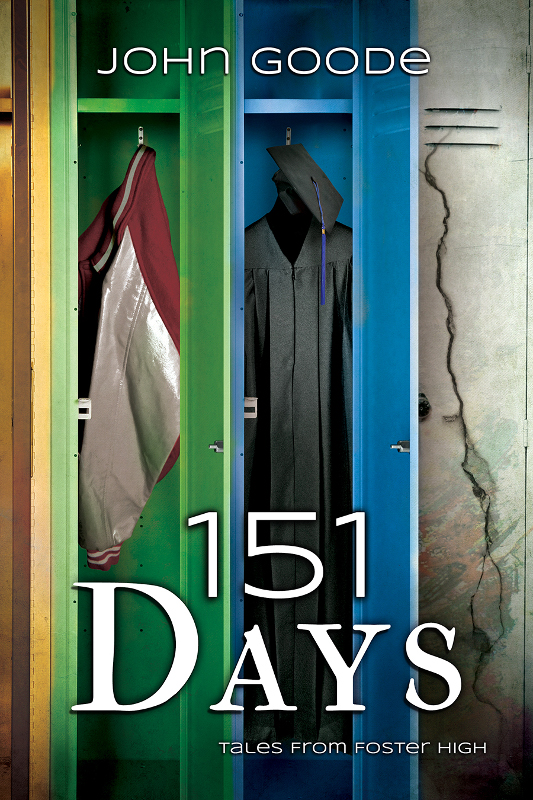 “This book pretty much made the entire series WORTH it. It elevated it to something… important. And John Goode did some amazing stuff here.”

—Boys in Our Books

“All in all, you have to read this novel. Its twists and turns will leave you wanting more.”

“Class is over. Crack a book. Trust me as I trusted Mr. Webb. This story is amazing.”

“…twenty incredibly short pages that packed more meaning and more sense into them than the last two HUNDRED page novel I read.”

To Wish for Impossible Things 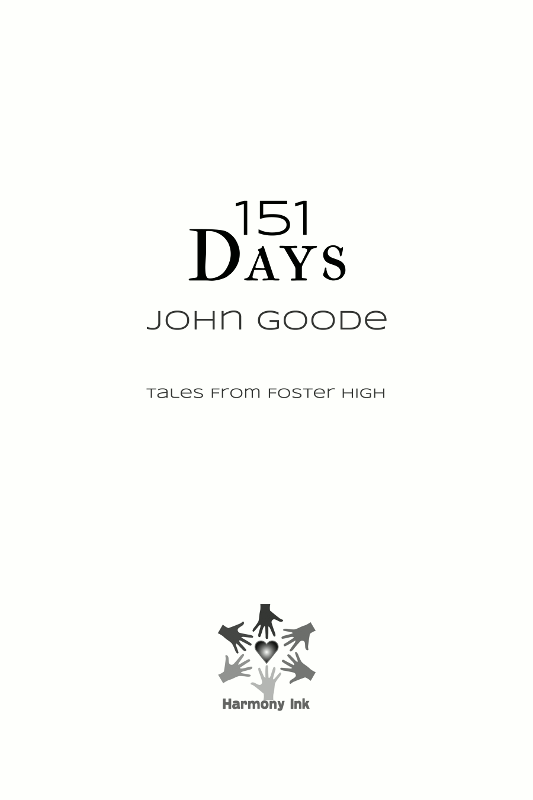 To Gayle, without whose tireless help the book would end up

sounding like an idiot wrote it. I am not saying an idiot didn’t write it;

I am saying she makes it so it isn’t that obvious.

To Sue for making me realize that my words meant something.

To Sammy, who was my first fan and will always be my friend.

To Gina, who knows everything I want to say right now.

And to everyone else out there I’ve never met

who found a small part of themselves in Foster.

Without you, these are only words.

With you, it is a place where we are always welcome.

C
HANGE
IS
a bitch.

I am using the term here to mean a difficult task and not a derogatory name for women or the scientific term for a female dog, just in case there are any who might take offense to the word. Change is a bitch, and that’s because it isn’t always easy to know it when it happens. I mean, sure, sometimes it’s obvious. I go over to Brad’s and end up kissing him, and my whole world turns upside down. Hard to miss that change. I decide to tell the world I like guys. Colossal change that is still affecting crap today. Kelly shoots himself. A change that brings the town to a standstill like an earthquake, and the aftershocks of it keep coming and coming.

Take race discrimination. After being considered property for far too long, African Americans were finally considered free people in the United States. That was a big change. But what went unnoticed, or at least unspoken, was the way people changed because of that decision. Some people thought the fight was done. The slaves wanted to be free—they were free, so that’s taken care of. Other people resented the fact that these people who were always second-class citizens to them were now supposed to be treated as equals, and they got angry. And their anger motivated a lot of ugly things, and the country changed while no one was looking.

Now, over a hundred years later, we elected a black president, and some people say, “Well that’s done.” What’s next? Other people reacted to that event in a rather unpopular way. They said the country was being taken over, they said he wasn’t an American, and some even said he wasn’t
their
president. And the world changed again.

When Kelly killed himself, Foster, as a whole, reacted. Since no one thinks a teenage boy putting a gun in his mouth and pulling the trigger is a good thing, the majority of the reactions were sympathetic, with a desire to make sure it could never happen again. People spoke out, said that the way kids were being treated was wrong, and that things had to get better. That was the bulk of the reaction, but there were others.

Some wanted to place blame on someone for why Kelly did what he did. Some blamed his parents, others blamed the kids on Facebook, and some blamed me. They said none of this stuff happened in Foster before I came out. There were arguments made that things were fine the way they had always been and that by rocking the boat, I had caused this to happen.

I’ll be honest, a lot of other things were said about me as well, but they were mostly hateful things, so you’ll excuse me if I don’t repeat them.

Things were changing in Foster, big and small, and most of it seemed to be centered on me.

Some for the better, some for the worse. The problem was, there was no way for any of us to know which was which until it was far too late. It is impossible for anyone to know what effect our plans will have until they already happen, and by then, there is no going back. I swore the day they put Kelly in the ground that I would change Foster before I left for college. It was a change, and none of us knew what would come of it.

There are 151 days until graduation. Roughly five months before I plan on running out of this town as fast as I can and never looking back. A lot of things can happen in 151 days. A lot of things that people might not be ready for.

So I’m telling you now, hold on. This might get a little bumpy.

It’s not that we don’t care, we just know that the fight ain’t fair.

“S
O
I
have a plan,” Kyle said during lunch.

Jennifer and Sammy sat there with us for lunch, but to be honest, no one felt much like eating. A week had passed since Kelly died. School had been closed, and today was our first day back. Foster, which was the center of the world to a lot of us, lurched to a halt as people tried to deal with the fact that one of Foster’s own had shot himself. Students who sent him nasty messages on Facebook were all buttsore now that they had been outed to the rest of Foster by Kyle and us printing out the hateful messages they had sent Kelly. By the end of the week, all the talking and texting quieted down and sadness had settled in.

The whole school seemed to be in equal parts shock and outrage about the situation. However, by lunch, four of us knew that the rest of the student body had agreed on one point. Our little quartet of freaks was to blame.

No one was pointing fingers and calling us out, nothing like that. But you know when someone is giving you the stink eye. Even if you never hear the words, you can just tell when someone is talking shit about you behind your back. No one dared to say anything to our faces, but the accusations were there in their expressions.

Kelly’s death was our fault.

I’d spent the last week careening between refusing to think about Kelly and bawling my eyes out like a little kid who dropped his ice cream cone. I felt like one of those hanging things in clocks that go back and forth. And mine went from Nothing to Crying Like a Bitch in seconds. Kyle had been there with me like a rock; in fact, he seemed to be dealing way better than I was. Not that I expected him to break down and just lose it, but he was the one keeping me up instead of me being solid for him. And that was unexpected.

So to find out he had a plan wasn’t shocking to any of us. If you knew Kyle like we did, it wouldn’t have shocked you either.

“What now?” Jennifer asked. Her voice sounded tired. The circles under her eyes and her less than perfect makeup and hair told me she hadn’t slept much more than I had.

I wasn’t surprised by her reaction, but I could tell Kyle was. We were all weary, drop-dead exhausted with trying to deal with what had happened and making Kelly’s suicide real in our heads. I know she wasn’t blaming Kyle for what happened, but she was having a hard time being excited about another one of his plans; the last one pretty much revealed the school as being hating assholes who hated each other.

Kyle paused for half a second, no doubt trying to process her response. Was it sarcasm aimed at him, or had she been just asking a question? He opted for choice two because he explained. “I want to start a gay-straight alliance here.”

Weird. I understood every individual word he said, but strung together, they made no sense at all.

“You want to start a what, now?” I asked, confused.

He opened his mouth to answer, but Sammy beat him to it. “It’s like an after-school club, but instead of, like, choir or cheerleading, it’s a place where kids can talk about their sexuality without judgment.” She glanced over at Kyle and flushed a little. “I’m sorry, Kyle. Brad was asking you.”

Kyle waved it off. “No, that’s exactly right. How did you know what it was?”

Putting Out the Stars by Roisin Meaney
Sunrise Over Fallujah by Walter Dean Myers
A Secret History of the Bangkok Hilton by Chavoret Jaruboon, Pornchai Sereemongkonpol
The Abduction by John Grisham
Masquerade by Rife, Eileen
The Scream of the Butterfly by Jakob Melander
The Wrong Man by Jason Dean
Trust by Pamela M. Kelley
Eagle's Heart by Alyssa Cole
GalaxyZombicus by Piper Leigh