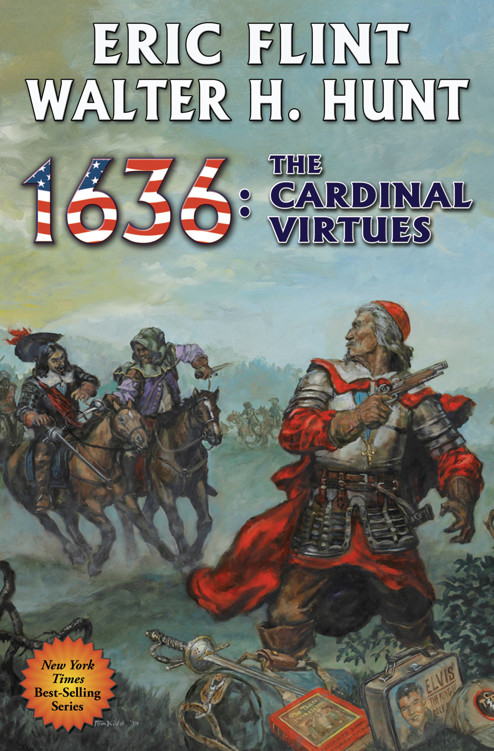 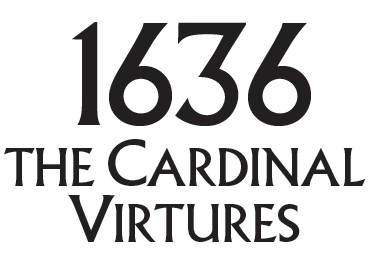 Book #19 in the multiple
New York Times
best-selling Ring of Fire series. After carving a free state for itself in war-torn 17th century Europe, citizens of the modern town of Grantville, West Virginia must contend with France's infamous Cardinal Richilieu, who is determined to keep his grip on power no matter what history says.

France, 1636 . . . It has been twenty years since King Louis took Aña Maria Mauricia, daughter of Spain's King Philip III, as his wife, and their union has not yet produced an heir. Under the guidance of his chief minister, Cardinal Richelieu, a plan is developed to remedy that situation. Once she is with child, Queen Anne goes into seclusion to guard her health and protect her from those who would prefer that the child is never born—France's foreign enemies as well as schemers such as Monsieur Gaston d'Orleans, the King's younger brother and heir. When the Crown's opponents make their move, factions inside and outside France must choose sides and help determine the future and fate of the Kingdom.

1634: The Baltic War
with David Weber

1634: The Galileo Affair
with Andrew Dennis

1634: The Bavarian Crisis
with Virginia DeMarce

1635: The Cannon Law
with Andrew Dennis

1635: The Dreeson Incident
with Virginia DeMarce

1636: The Devil’s Opera
with David Carrico

1636: Commander Cantrell in the West Indies
with Charles E. Gannon

1636: The Cardinal Virtues
with Walter Hunt

1635: The Tangled Web
by Virginia DeMarce

For a complete list of Baen Books by Eric Flint, please go to www.baen.com.

beyond the Ring of Fire 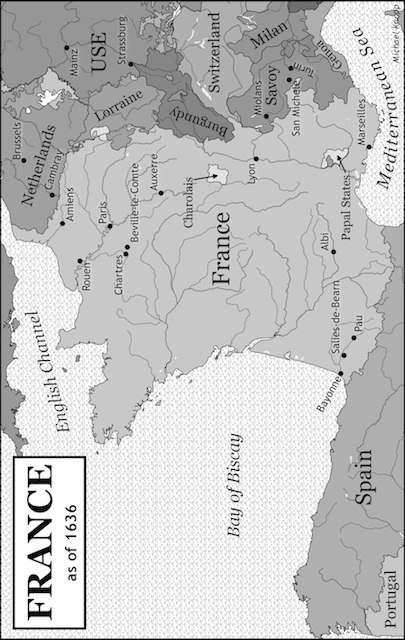 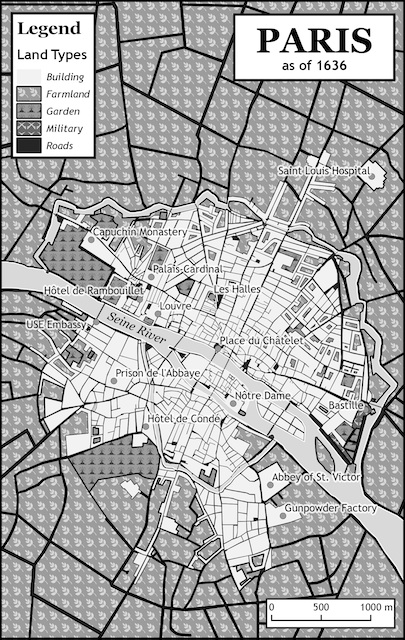 Outside of Paris, France

The need for secrecy was constant. No one believed that more strongly than Armand-Jean du Plessis, Cardinal-Duke de Richelieu, Principal Minister to His Most Christian Majesty Louis XIII, king of France. Within the palace of the Louvre as well as at his own residence, the
Palais-Cardinal
, secrets were guarded most jealously. They were a valuable commodity, esteemed by the cardinal and protected by those who surrounded him—those particular to the crown and those plucked from other nations.

However, the secret now contemplated was too sensitive even for those protected within the halls of king and cardinal; an even more private venue was required. Thus it was that when the king of France rode to the hunt on a sultry, humid July morning, his entourage included his minister astride a fine horse, riding at his side.

The courtiers and servants gossiped about it among themselves—quietly, of course, out of the sight and hearing of their betters. Whenever the searching glance of Cardinal Richelieu settled upon them they fell silent and avoided his eyes.

For his part, King Louis—always at greater ease on the hunt than at court—was pleased to have his minister by his side. Those usually accorded the privilege of taking up the position had to remain at a respectful distance.

The morning was not productive, the hounds and beaters flushing only inferior prey: a few rabbits and foxes, nothing worthy of His Majesty’s attention. But it was the hunt itself and not the results that pleased the king. Toward midday Louis called a halt. The royal stewards began the process of laying out a repast for the gently-born in a beautiful clearing, while grooms attended to their mounts.

Minister and king walked away from the crowd, seeming to enjoy the scenery. But far from the court and away from prying ears, their conversation turned to more serious manners.

“I trust all is in—in readiness,” the king said.

“I am pleased to say that it is, Majesty. We have secured the Château de Baronville in Beville-le-Comte for the queen’s use during her seclusion; and I have engaged the services of an up-timer physician.”

“
She
, Majesty. And no, I do not believe that you are acquainted with her. She is a distant relative of the Masaniello family.”

“Exactly, Sire. She has put certain up-timer protocols into practice that have caused marked improvement in the health of the technical center employees. The queen will be in good hands.”

“Their midwives qualify as physicians also?”

“Up-timers,” Richelieu said in response, as if that was sufficient explanation.

“Is my lady wife prepared?”

Richelieu permitted himself the slightest smile. “I daresay that her work does not come until somewhat later. The other participant in the event is ready to do his duty, however. He will be at the Château Fontainebleau, where you and Queen Anne will be making a progress.”

“Whenever you are ready, Sire, but if I may suggest that the Feast of Saint Louis—the twenty-fifth of August—might be a propitious occasion.”

“Our noble ancestor and namesake. We can hear Mass and wave royally. At least it’s less unpleasant than Saint Denis. The sight of some peasant dressed as the saint, carrying a plaster head under his arm, always disturbed me.”

“As Your Majesty says,” Richelieu said. “The people will enjoy being reminded of the divinity of kingship.”

Louis shrugged. “As
you
say. So—the Feast of Saint Louis it is. You will inform Queen Anne that we shall progress to Fontainebleau. But . . . why not, why not simply complete the matter at Baronville?”

“Ah.” Richelieu removed a speck of dust from his soutane. “I would think, Sire, that we would prefer the location to remain secret, to be used when Her Majesty is more advanced in her pregnancy. There is no reason to reveal it sooner.”

“Yes. Quite—quite correct. You have been most thorough, Monseigneur.”

“I thank you, Sire.” Richelieu inclined his head. “I seek only to serve; and in this instance I wish to leave nothing to chance.”

“Nothing . . . other than the occasion itself. And that is in the hands of God.” He crossed himself and looked upward.

Richelieu followed the gesture, but refrained to mention to the king the many methods the up-timers knew about to help assure success.

“God will smile upon France, I am certain,” he said after a moment.