Read 19 With a Bullet Online 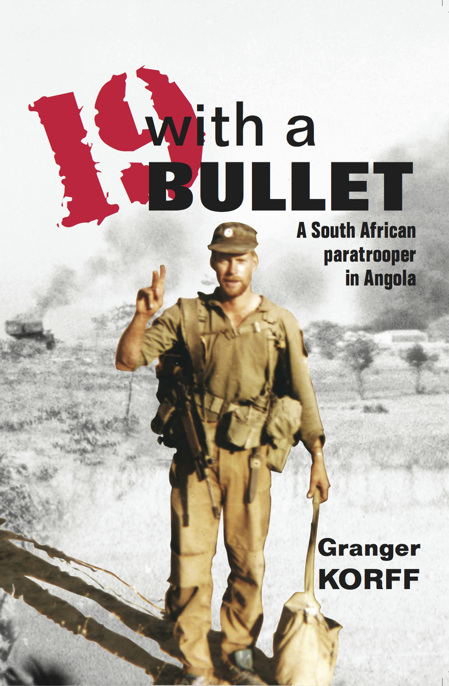 Granger Korff
. 1960—Cassius Clay won Olympic gold in Rome, the Beatles made their debut in Germany, apartheid was ‘booming’ in South Africa and Granger Korff was born on the East Rand near Johannesburg to a realtor father and budding-actress mother. “The apartheid system was sewn tight as a Zulu drum and the country moved to a slow beat,” he says of the times. He grew up in the mining town of Benoni, a quiet child initially, before ‘enjoying’ a colourful school career as a musician and quick-fisted rebel, attending a string of different schools for a string of different reasons. He graduated in 1979—alone from the public library.

In 1980 he volunteered for the crack 1 Parachute Battalion, becoming renowned for being at the forefront of the action in the bush war escalating on South Africa’s northern borders. After an action-packed two years fighting in the African bush, Granger took a newfound anger with him to the professional boxing ring where he quickly gained a reputation as one of the most exciting young middleweight fighters in the country.

In 1985, plagued by his demons from the bush war, he travelled to the USA on a six-month boxing/vacation walkabout, haunting the mean streets of Los Angeles, scrapping and boxing to survive. Ike Turner and Mickey Rourke were his drinking buddies and he almost became Jake ‘The Raging Bull’ LaMotta’s son-in-law. Twenty-four years later, Granger still lives in LA, where he runs a small plumbing business.

All rights reserved. No part of this publication may be reproduced, stored, manipulated in any retrieval system, or transmitted in any mechanical, electronic form or by any other means, without the prior written authority of the publishers except for short extracts in media reviews. Any person who engages in any unauthorized activity in relation to this publication shall be liable to criminal prosecution and claims for civil and criminal damages.

Communications update, enemy sighted
Smelling fear or is that death?
Could the mind defect? Kill or be killed?
Noise, noise and more noise, quiet mind, be still!
Power backs up, target reached

Hovering gunships, effective 20mm cover fire
The flight engineer shouts, “Go boys, go”
Individual determination clambers through the door
Dead-man’s ground covered in a sprint
Down on one knee, sighting down the barrel

Enemy retreating—running—weapons blazing
Charging them down with continuous rapid fire
Victory shouts, advancing Parabats on the move
And Gungie sings his theme song, “I’m nineteen with a bullet,
I’ve got my finger on the trigger—I’m going to pull it” 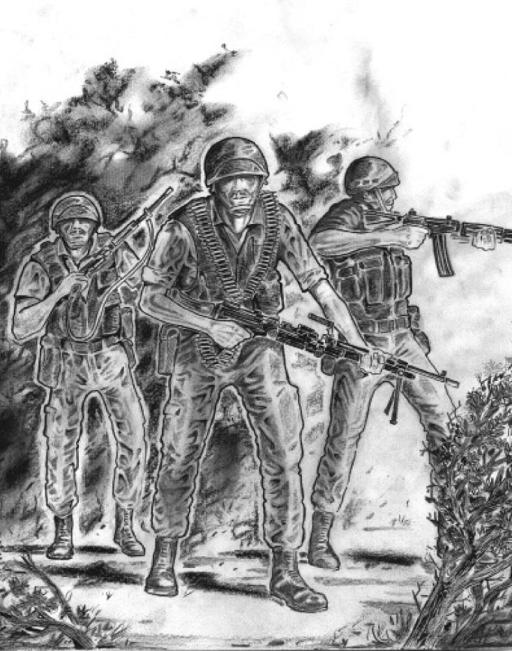 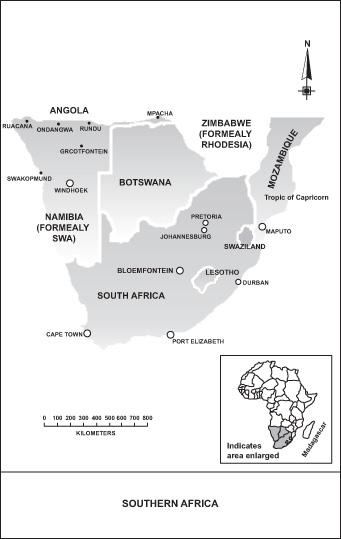 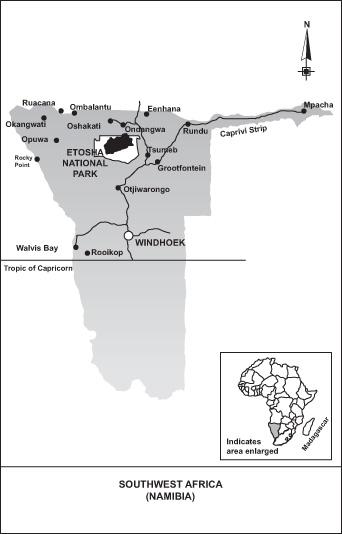 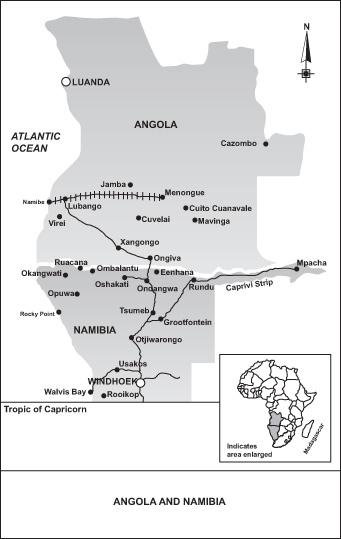 Understanding the Border War between Angola, SWAPO and South Africa

Growing up in South Africa

Back to 1 Parachute Battalion

Ondangwa—1 Parachute Battalion’s operational base on the border

Back into Angola—Operation
Ceiling
, June 1981

Dawn ambush—‘Take no prisoners; kill them all’

The end of Operation
Protea

Understanding the Border War between
Angola, SWAPO and South Africa

FNLA—National Liberation Front of Angola, headed up by Holden Roberto and backed by the United States, South Africa and China.

UNITA—National Union for the Total Independence of Angola, headed up by Jonas Savimbi and backed by the United States and South Africa.

In 1974, after 23 years of draining colonial bush wars, a left-wing military coup in Lisbon overthrew Salazar’s right-wing goverment. Overnight the new Portuguese government decided to pull out of Africa, handing Angola on a plate to the astonished Marxist MPLA which had been on the verge of military defeat at the hands of the Portuguese army. In 1975 South Africa sent forces in to support FNLA and UNITA, almost taking the capital Luanda, but the Soviet-backed MPLA regained control of the country (only because of the US-motivated South African withdrawal), forcing UNITA and FNLA back to the bush to continue the struggle against MPLA, in what became one of the largest and deadliest Cold War conflicts with well over 500,000 deaths. FNLA soon fell by the wayside as the South Africans shifted their support exclusively to Savimbi’s UNITA. With the demise of the apartheid regime in the early nineties, South African support dried up and Savimbi struggled on vainly until he was cornered and killed by FAPLA troops in 2002, which signalled the end of the civil war.

South West Africa, now known as Namibia, was a German colony, mandated to South Africa for 99 years by the League of Nations in 1919 after World War I. In the early sixties the nationalist liberation group, SWAPO—the South West Africa People’s Organization, led by Sam Nujoma—commenced operations against South Africa for the independence and control of South West Africa. Backed by the Soviet Union and China, SWAPO used guerrilla tactics to fight the South Africans. The Norwegians began giving aid directly to SWAPO in 1974 and in 1976 the newly formed Marxist government of Angola, MPLA, offered SWAPO refuge and bases in Angola from where to launch attacks against the South African military. In 1978, the United Nations passed resolution 435, which called for an immediate ceasefire, South African withdrawal and UN-supervised elections (in other words, a SWA PO assumption of power). However, Soviet imperialism, with its designs on South Africa, assisted by 50,000 Cuban troops and aviators, precluded any settlement as the South Africans and South West Africans slugged it out with FAPLA, SWAPO and their Soviet and Cuban allies. In 1989, the last shots of the conflict were fired as the South Africans withdrew prior to Namibian independence in 1990 under Nujoma’s SWAPO.