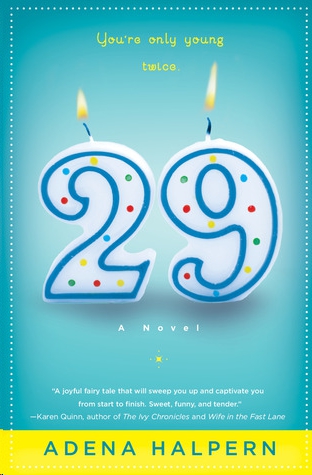 All rights reserved, including the right to reproduce this book or portions thereof in any form whatsoever. For information address Touchstone Subsidiary Rights Department,
1230 Avenue of the Americas, New York, NY 10020.

This book is lovingly dedicated to my mother,
Arlene Rudney Halpern

A Woman of a Certain Age

The Point of No Return

The Jig Is Up

Make a Break for It!

The Night of My Life

I Don’t Kiss and Tell

Seventy-five Years and One Week Later

I’m jealous of my granddaughter.

I would never, ever tell anyone that.

Everyone says the older you get, the wiser you get. I don’t feel wise at all.

I’m supposed to feel so blessed to be seventy-five years old. Hell, I tell people that myself, but that’s mostly to make myself feel better. I tell people that the best part of being older is the wisdom that comes with it. Truthfully, that’s bullshit. What else can you say, though, unless you want to completely depress people? Let them find out for themselves when they get here. If someone had told me how much I would truly hate being seventy-five, I would have been out of here a long time ago. Not killed myself. Oh, no, God forbid. I just would have moved to a deserted island and spent the rest of my days away from the harsh reality of a mirror.

So at seventy-five, if I’ve got all this wisdom, why can’t I cure cancer? If I’m so smart, why don’t people trust me to swoop in and save the world from utter destruction? Let my seventy-five-year-old girlfriends and me attend United Nations sessions so
we can let them know how to make this world a better place. Since we’re so smart, let us give our opinions. No one ever asks. You know why? No one else really believes we’re so wise. If they did, maybe they’d listen to us more.

I hate being seventy-five. I really do. And I did not want this birthday party tonight, but my daughter, Barbara, insisted on it. Barbara can be a royal pain in the ass sometimes.

After reading what I’ve said so far you probably think that I’m one of those mean, cranky old ladies who complains about drafts that aren’t there, or returns one peach to the supermarket if it’s a little bruised, or steals Sweet’N Low packets from coffee shops. I’m not. I don’t even like Sweet’N Low. My granddaughter always says, “My grandmother is cool.” I think I
am
cool. I keep up-to-date on things—what’s happening in the news, reality shows (though I hate them)—and I always try to dress fashionably.

I am so goddamned old.

(And by the way, I rarely curse. That’s just the best way I can find to express myself right now.)

My girlfriends and I keep telling one another that age is just a number.

“I don’t, either,” I lie, knowing she’s lying, too. Frida looks and acts more like she’s eighty-five, but far be it from me to ever say that.

“My mother is a young seventy-five,” my daughter tells people in front of me. I hate when she does that. Why does she have to do that?

“I do it because you look so good, and I want to brag,” Barbara says. Let me say, it’s fine if
I
admit my age, but not when my daughter does. It’s no one’s business.

“My daughter is fifty-five,” I tell them, smiling.

“What did you do that for?” Barbara will ask when we’re out of hearing range of the person we’ve just inundated with unasked-for age information.

“What?” I ask defensively. “You look good, too!” I tell her, trying to act stupid. My daughter would never accuse me of throwing it back in her face. She doesn’t think I’m smart enough to do that.

Truthfully, the thing that’s pissing me off right now is that if I really stop and reflect, I’ve still got about twenty years max to stew about all the things I really should have done with my life. That makes me sad. Angry and sad.

First things first: I would never have sat in the sun for all those years. In those days, though, no one knew the damage it could do. I guess that’s the wisdom I’ve gained from getting older. Thanks. When I think of the years I sat by the pool bathed in oil without any protection . . . We didn’t have sunblock then. We were
supposed
to sit in the sun back then; it was
good for us
. We let our children play in the sun all day because they told us we should. If they burned, we put cold washcloths on them. They didn’t have skin cancer back then; at least I never heard of anyone getting it. Now it’s one of the main topics I discuss with my girlfriends. One of us sees a dark spot on our arm and it’s an all-day episode of
House
until the doctor tells us it’s nothing. Sadly, it wasn’t
nothing
for poor Harriet Langarten. That’s why we’re all so scared. I’ve become that old lady on the street who
walks around with an umbrella on a sunny day. Through the years I’ve tried every cream on the market to get rid of sunspots and wrinkles. I’ve had chemical peels and let doctors scrape my face in the hope of undoing the damage I did trying to look tanned and sexy for a cocktail party in 1972.

Second, I wish I had exercised more. We didn’t work out when we were younger. We played tennis or golf, but mostly we played bridge at the country club while our husbands golfed. And since most of them are dead, they obviously didn’t get enough exercise, either. I joined a gym with Frida a couple of years ago, but we were the oldest people there by thirty years so I gave it up and bought a treadmill. I walked so many miles on that thing I could have walked to China and back by now. Even though I tell people I feel so much better since I started exercising, it’s a lie. My feet hurt, my joints hurt, my boobs hurt. They say that beauty must suffer. I feel I’ve suffered enough, so I rarely get on that thing anymore.

So I went the plastic-surgery route. I’ve used Botox and Restylane, had one face-lift (talk about PAIN) and a brow lift (waste of money
and
pain), and electrolysis to make me look younger. I can’t say that I look all bad, but I definitely don’t look fifty, like the doctor told me I would. Quack.

Aside from taking care of my looks more, if I could go back and do it all again, there are a couple of major things I would have done differently.

First, I would have gotten a better education.

In my day, the 1950s to be exact, it wasn’t important for a woman to get an education. I know that sounds crazy, but it couldn’t be more true. Your parents (at least my parents, and all
my girlfriends’ parents) discouraged higher education. “You need a good husband,” my mother said to me when I told her I wanted to be an English literature major at the University of Pennsylvania. She handed me the application to secretarial school and drove me there on my first day with a sack lunch consisting of two hard-boiled eggs, some crackers, and a nickel for the milk machine. So I learned how to type. I figured I’d read the classics on my own, plotting as if it was devious and underhanded to sneak James Joyce and Dylan Thomas into my home to read when no one was around. Sadly, though, I never did. Who had the time?

Instead, I met my husband.

That’s the second thing I would have done differently. I never would have married my husband.

Again, please don’t tell anyone I ever said that.

It’s not that I didn’t love my husband; I did love him. I loved him very much. He was a fine man. If I really had to be honest, though, really, really honest, I’d have to say I do not think he was the man for me.

Howard Jerome was a prominent Philadelphia lawyer. I met him when he was a young attorney just starting out and I was one of the secretaries at the firm. He wasn’t the most handsome attorney at the law office, but he was the one who wanted me. Howard was short, bald, and fat, even back then. I was actually smitten with another lawyer there, Burt Elliot, but he had eyes for a different secretary and married her.

“Thank God,” my mother said. “I was afraid you were becoming an old maid.”