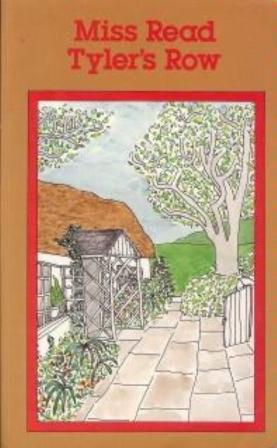 "Trust Miss Read to brew up the gentlest of trivia into a cup of fictional Bovril tha will warm the hearts of her fans." (_New York times Book Review (Feb 11, 1973)_ )

"This affectionate tale of English village life will delight all Miss Read's fans and charm those nostalgia-hunters in search of the simple life." (_Publishers Weekly_ )

The two-hundred-year-old cottages known as Tyler’s Row, with charming leaded-glass windows and an arched thorn hedge over the gateway, are supposed to provide a haven of peace for their new owners, Peter and Diana Hale. They plan to convert the middle two cottages into one, to create their own rural refuge. But beset by carpenters, plumbers, electricians, and bills, as well as their neighboring tenants, the redoubtable Sergeant Barnaby and the sour Mrs. Fowler, both longtime residents of Tyler's Row, the couple soon have cause to ponder their decision. Fairacre is not the utopia they expect, and the Hales must adapt to ordinary life in a village full of extraordinary quirks. 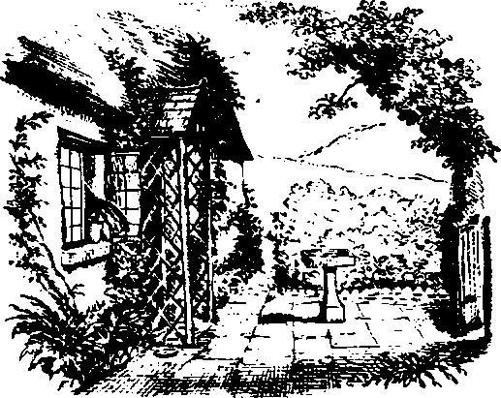 For Helen with love 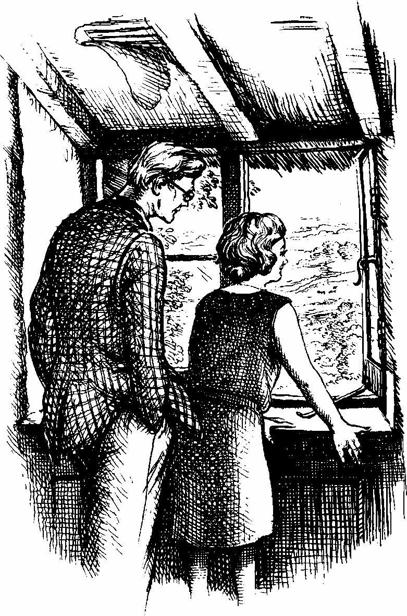 Settled, With Some Sunshine

NOBODY knows who Tyler was.

In fact, the general feeling in Fairacre is that there never was a Tyler, male or female.

'I can assure you, Miss Read,' the vicar, Gerald Partridge, told me one day when I enquired about the subject, 'that there is
not one
Tyler in the parish register! It's my belief that someone called
Taylor
built the four cottages. Taylor, as you know from your own school register, is a very common name in these parts.'

He rubbed his chin reflectively, a little concerned, I could see, about further explanation. The vicar, a living saint, dislikes hurting people's feelings, but is transparently truthful.

'"Taylor" can be so easily debased to "Tyler" if the diction is at all impure. It must have occurred many years ago, before schooling was so er—um...'

'Exactly. I doubt if it could happen now.'

I was not in agreement with the vicar on this last point, but forbore to say so. I am constantly correcting 'pile' for 'pail', 'tile' for 'tale'; arguing about 'pines of glass', 'rine-drops', and people arriving 'lite' for school. The vicar, though, would be most distressed at the thought of casting aspersions on my teaching, or the purity of the vowels of my pupils.

'I'm sure you're right about it once being "Taylor's Row",'I agreed. 'But it's too late to change it now.' We parted amicably.

Although mystery surrounds Tyler of Tyler's Row, yet the date of the building is in no doubt, for on the end cottage of the four is a carved stone bearing the inscription:

in beautiful curlicues, now much weathered by the sunshine and storms of two centuries, but still decipherable.

The row of four cottages stands at right-angles to the village street and faces south. Under its dilapidated thatch, it drowses in the sun behind a thorn hedge, causing cries of admiration from visitors who are charmed by the tiny diamond-paned windows and the ancient beams which criss-cross the brickwork.

'Pretty enough to look at from outside,' I tell them, 'but you wouldn't want to live there. All four riddled with damp, and there's no proper drainage.'

'I expect plenty of people lived happily enough in them, over the years,' they retort defensively, still dazzled by Tyler's Row's outer beauty. One tenant, years ago, trained the thorn hedge into an arch over the gateway, and this enhances the charm of the view beyond.

A brick path, rosy with age and streaked with moss, runs along the front of the row, and there are narrow flower borders beneath the windows. There's no doubt about it. On a fine summer's day, with the pansies turning up their kitten-faces to the sun, Tyler's Row makes a perfect subject for a 'Beautiful Britain' calendar. After a spell of drenching rain and wind, when the sagging thatch is dark with moisture, and the brick path is running with the rain from the roof, Tyler's Row looks what it is—a building fast reaching the end of its days unless something drastic is done to restore it.

Of course, as the besotted visitors point out, it has housed generations of Fairacre folk. Carters and ploughmen have brought up their families here—mother, father and the latest baby in one bedroom, girls in the other, and boys downstairs. Shepherds and shoe-menders, dress-makers and washerwomen, all have called Tyler's Row home over the years. At one time, at the end of Victoria's reign, there was even a poet beneath the thatch. He lived there alone, when his mother died, for many years, and the older people in Fairacre remember him.

Mr Willet, who is my school caretaker, sexton to St Patrick's, our parish church, and holder of a dozen or so important positions in our village, told me a little about him. The poor fellow had been christened Aloysius (locally pronounced as Loyshus), and was much given to reciting his works at local functions, if given half a chance.

'Lived to a great age, Loyshus did,' commented Mr Willet. 'Well, to tell you the truth, Miss Read, he didn't do much to wear himself out. That garden of his was like a jungle. The neighbours in Tyler's Row went on somethin' shockin' about it. No, he never put hisself out much. Never even bothered to wash hisself the last year or so. Smelt like a proper civet's paradise that house of his, when they finally came to clear up after him.'

Aloysius's poems are sometimes quoted in
The Caxley Chronicle.
In our part of the country, at least, a prophet is not without honour. Occasionally someone writes a short article about our local poet. The poems are pretty dreadful. He had a great fondness for apostrophes, and one of his better known works begins with the formidable lines:

It goes on, if I remember rightly, for a hundred and sixty lines, with apostrophes scattered among them like a hatful of tadpoles.

'He were a holy terror at church socials,' recalls Mr Willet. 'Get old Loyshus on the platform, mumbling into his beard, and you could count on a good half-hour gettin' on with your game of noughts and crosses in the back row. 'Twere easy enough to get him up there, but getting him down was murder. They took to putting him on just before the Glee Singers. They used to get so wild waitin' about sucking cough-drops ready for "When you Come Down The Vale, Love," that they fairly man-handled Loyshus back to his chair, as soon as he stopped to take a breath.'

'He sounds as though he was a problem,' I said.

'A problem, yes,' agreed Mr Willet, 'but then, you must remember, he was a
poet.
Bound to turn him funny, all that rhyming. We was half-sorry for Loyshus, really,' said Mr Willet tolerantly. 'I've met a sight of folk far worse than Loyshus. But not,' he added, with the air of one obliged to tell the truth, 'as smelly.'

When I first became head teacher at Fairacre School, Tyler's Row belonged to an old soldier called Jim Bennett. The rent for each cottage was three shillings a week, and had remained at this ridiculous sum for many years. With his twelve shillings a week income, poor Jim Bennett could do nothing in the way of repairs to his property, and he hated coming to collect his dues and to face the complaints of the tenants, most of whom were a great deal better off than he was himself.

The Coggs family lived in one cottage. Arthur Coggs was, and still is, the biggest ne'er-do-well in Fairacre, a drunkard and a bully. His wife and children had a particularly hard time of it when they lived at Tyler's Row. Joseph Coggs and his twin sisters frequently arrived at school hungry and in tears. Things seem a little better now that they have been moved to a council house.

The Waites lived next door, a bright, respectable family who also moved later into a council house.

An old couple, called John and Mary White, both as deaf as posts, sweet, vague and much liked in the village, occupied another cottage, and a waspish woman, named Mrs Fowler, lived at the last house. She was a trouble-maker, if ever there was one, and Jim Bennett quailed before the lash of her complaining tongue when he called for his modest dues.

The Coggs were moved out first, and an old comrade-in-arms, who had served in the Royal Horse Artillery with Jim Bennett in the First World War begged to be allowed to rent the house. Jim Bennett agreed readily. Sergeant Burnaby was old, and in poor health. His liver had suffered from the curries of India, when he had been stationed there, and bouts of malaria had added to the yellowness of his complexion. But he was upright and active, and managed his lone affairs very well.

Plain Promise by Beth Wiseman
Heart Two Heart by Dyami Nukpana
Never Get a ”Real„ Job by Gerber, Scott
The Various Haunts of Men by Susan Hill
The Hidden Heart of Rico Rossi by Kate Hardy
Rhys by Adrienne Bell
Valise in the Attic by Jan Fields
The Feria by Bade, Julia
Me and Mr Carrington: A Short Story by Brown, Alexandra
The Lost Souls' Reunion by Suzanne Power