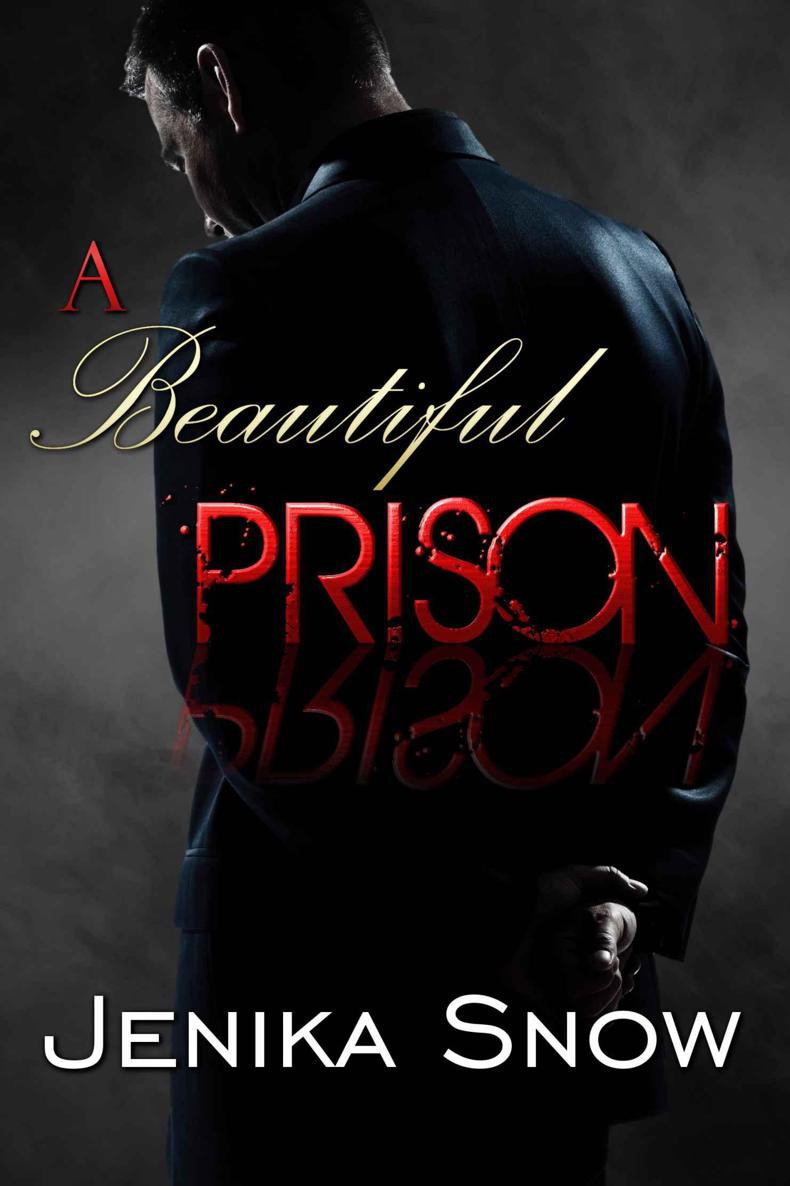 This literary work is fiction. Any name, places, characters and incidents are the product of the author’s imagination. Any resemblance to actual persons, living or dead, events or establishments is solely coincidental.

She was his. Irrevocably. Undeniably.

Ruby Jacobson was going to have a new life, but it seemed fate gave her a twisted version of it. She is taken from her bed and sold like an object. Death is a far better outcome then what fate has in store for her. Or so she thought.

Gavin Darris has always desired the darker pleasures in life. Not one to have to purchase his playthings, he needs a female that will bend to his will, and derive pleasure from it too. He sees Ruby, one of the many females for sale, and he wants her like he has never wanted anything else before. She has a fire in her eyes, and a determination not to yield. She’ll be a fighter, and exactly what he is looking for. Making her submit will be almost as pleasurable as finally sating the darkness inside of him.

The dark desires Ruby has felt inside of her are about to be tempted in the most horrifying of ways. She should hate Gavin, and fear everything he represents, but she also can’t deny that her body aches for his touch. He tells her she is his, that he owns every part of her, and everything inside of her knows that is the truth.

Ruby is faced with the ultimate decision: escape to gain her freedom, or stay with Gavin, the monster whose delicious punishment makes her yearn for more.

NOTE: This is a 44,600 word count standalone story with no cliffhanger.

Here are to new endeavors, whatever they may be.

I want to say thank you to Vella Day and Olivia Jaymes for answering my questions as I try my hand at this new adventure! And thank you to my editor Kasi Alexander for being so incredibly awesome!

He knew this as soon as he saw her bound on that stage. He needed to possess her, own her, and make sure she knew that he was the one that held all the power. She was his property now, whether she accepted that or not. But she would come to realize that there was no escape, and even if she told him she wanted her freedom, her body spoke differently.

He had bought her, picked her out of all the other women that had been taken and sold like nothing more than an inanimate object. But she wasn’t just an object. She was
his
to do with as he pleased. She looked at him with fear, but she hadn’t felt real fear yet. He was a monster, the kind that she had probably dreamt about as a child, prayed she would never meet, but one that now owned her.

She would run, there was no doubt about that, but what she would soon realize was he wanted her to. He reveled in the chase, and when he caught her he’d make her pay with her body until she was giving him every part of herself.

He was a sadist, and with each passing day of being his, she would realize that she was his perfect masochist.

I
t was sweet,
beautiful pain that filled her mind, washed through her, and had her needy for more. She wanted to always stay here, in this dream that seemed to haunt her on a nightly basis. But she couldn’t really say it haunted her, not when she prayed for the sweet release it brought her every night before she closed her eyes. Disgust and shame filled her each morning when she reflected on those dreams. For pain with pleasure shouldn’t be classified as “normal,” right? It made no difference, because it was only in her dreams that she would allow these dark desires to control her. She enjoyed the idea of marks on her flesh, a hand on her throat, slowly tightening until darkness threatened to take her away. But only in her dreams could she ever allow herself that moment of depravity.

The outraged scream and the sound of something shattering had Ruby slowly opening her eyes. She blinked a few times, but otherwise stayed on the bed, her comforter that smelled faintly of mold pulled up to her chin, and stared at the ceiling. It was off-white, but riddled with brown stains. Her mother yelled something nasty and ugly, presumably at her boyfriend. Ruby thought his name was Buck, or maybe it was Chuck. She didn’t really know or care since there seemed to be a new one every week. With her graduation already past, it was time for her to finally leave. This had been the moment in her life she had been thinking about for years, and that time had finally come. Ruby was going to leave this shitty city behind her, forget about the ugliness that surrounded her every single day, and start over. She didn’t even have a set plan, but she didn’t need one because she just didn’t care. The idea of spending one more moment surrounded by the failings of her upbringing was enough to have her leaving. She’d work things out when she got to Fort Hampton. Maybe she would fail and feel just as misplaced as she did right now, but she wouldn’t know unless she tried. If she stayed here another moment longer she wouldn’t survive.

Her mind felt like it was deteriorating with every harsh comment that left her mother’s mouth, and with every inhalation of this smog-filled air. With a trailer to call her home, a reputation as “trash” all through high school, and no friends, Ruby was used to feeling like she didn’t belong. Yes, she isolated herself, but she found that being alone was a much better existence. The waste that surrounded her, the feeling of emptiness and of having no self-worth was something Ruby was used to, but not something she wanted. There was a big world out there, one that she could explore and hopefully start to feel like she was finally living.

She pushed up on the bed and the comforter fell away from her body. She hadn’t fallen asleep until well after midnight, courtesy of her mother having sex in the next room. The paper-thin walls did nothing to block out the sound of a banging headboard and the vile things that had been said. Scrubbing her hands over her face, she dropped her hands and breathed out. She reached over and grabbed her cell. Flipping it open, she stared at the lit screen. It was only five-thirty in the morning and already the yelling had started. Tossing the cheap phone back on her scarred bedside table, she decided she’d rather be sitting at the bus stop for the next twelve hours than stay here. It was only a matter of time before her mother took out her anger on Ruby.

After she had her jeans on, she grabbed a t-shirt and slipped it over her head. Getting on her knees and reaching under her bed, she felt the straps of her backpack and wrapped her fingers around it. Once she pulled it out she reached inside for her ratty hoodie. It was ugly as hell, but well loved. She grabbed the one-way ticket to Fort Hampton and moved her fingers over it. It was a fourteen-hour bus ride, and she had no idea what she would do once she got there, but anything was better than this. She tucked the ticket in the bag next to her money. Once she had her hoodie and her shoes on, she sat back on her bed. It was sad that everything she owned could be shoved into this bag. Clothes, the thousand dollars she had saved from working at the fast food place down the street, and a few personal items were all inside the confines of this canvas. Although she had no definitive plans once she got to Fort Hampton, she had researched some cheap places she could stay. She had restaurant experience, well, fast food experience, but she was hoping to find something of that nature to do soon after she got there. The thousand dollars she had wouldn’t last her very long.

Standing and slinging her bag over her shoulders, she moved toward her door and waited a moment to see if there would be any more yelling. She pulled it open as silently as she could and listened again. Should she have felt guilt over the fact she planned on leaving without telling the woman that had given birth to her? Maybe if that woman had actually acted like a mother in the first place.

The lights were on, and she stepped out of her room and shut the door quietly behind her. If her mom was fighting with Buck/Chuck she would already be in a foul mood. The sound of the TV was low, but she didn’t let that distract her. Ruby kept her eyes averted to the ground and made her way toward the front door.

“And where the hell do you think you’re going?” On instinct Ruby stopped and looked over at Missy Jacobson, her mother and the woman that treated her like she was shit on the bottom of her shoe. She sat at the faded yellow Formica kitchen table that was cracked in one corner and littered with cigarette burns. There was a bottle of whiskey in front of her, and the glass beside that was nearly empty. The bags under her mom’s eyes were dark, and it was clear she hadn’t gone to bed yet. Missy brought the cigarette she held to her mouth and inhaled deeply. She pulled it away and flicked the ash into the small aluminum tray beside the liquor bottle. “You gonna answer me or stand there like a fucking idiot?” she said at the same time she exhaled all that smoke.

Ruby tightened her hold on one strap of her bag. “I have work early today.” Telling her mom that she was leaving for good would only cause a fight, especially since Ruby had been giving part of her paycheck over to Missy since she started working. With this being her only home, it was either help keep this piece of shit trailer afloat or have her mom kick her out. Finishing school had been a priority for Ruby, so she sucked it up and kept telling herself that as soon as she had her diploma in her hand she was out of here. Today was that day, and Missy Jacobson wasn’t going to ruin it.

“Is that right?” Missy took another puff from her cigarette and exhaled. “Then why you need that backpack? Flipping burgers and filling up Styrofoam cups doesn’t require a lot of books.”

“I need money for rent.”

Ruby stopped and looked over at her mom. “I just gave you some last week.”

Missy shrugged. “What can I say? Keeping your big ass in this house costs money. There’s electricity, water, rent. A lot of shit.”

The Rings Fighter by JC Andrijeski
From Now Until Infinity (2) by Layne Harper
Trouble in Tourmaline (Silhouette Special Edition) by Jane Toombs
Bitten: A Vampire Blood Courtesans Romance by Kim Faulks, Michelle Fox
The Devil Made Me Do It by Colette R. Harrell
Constructing Us (New Adult Romance) by Lake, C.J.
The Suspicious Mr. Greenley by Rebecca Jacobs
Force: Blacktop Sinners MC by Glass, Evelyn
Quest for the King by John White
Nine Gates by Jane Lindskold