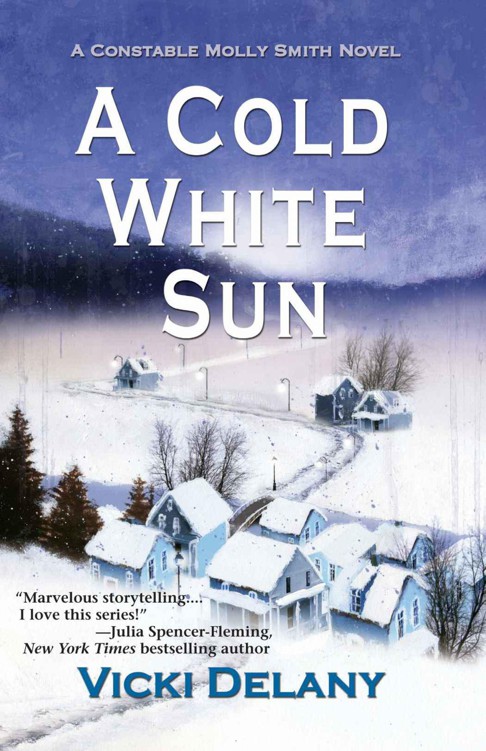 For my mom, with thanks

I owe thanks to Cheryl Freedman for her editor’s eye and fun lunches.

I am grateful for the wonderful Canadian mystery community for years of support and encouragement. Robin Harlick, Barbara Fradkin, Mary Jane Maffini, Linda Wiken, Rick Blechta, Anthony Bidulka, Dorothy McIntosh, among many, many others.

And to Barbara Peters, Rob Rosenwald, and the wonderful staff of Poisoned Pen Press for being such a fabulous group to work with.

Cathy Lindsay liked to think she could still be fun, spontaneous, not a slave to routine. She might be a teacher of English to bored (and boring) high school kids, mother of two, wife of one, living in a modern four-bedroom house in a small mountain town, with an SUV and a minivan parked in the two-car garage, the driveway and sidewalk shoveled, the bushes wrapped in burlap. But she could still shake things up if she wanted.

If she wanted to.

Cathy used to run half marathons. Not anymore. No time with the job, the kids, the responsibilities. She wasn’t as fit as she’d once been, so she relied on her regular morning walk to give her energy to face the day.

Energy to do her boring job, to put up with her dull unimaginative co-workers, to teach her lazy students, proud and boastful in their stupidity.

Energy to put up with Gord who was getting lazier and fatter before her eyes. No wonder he was becoming a tub of lard. Look at him at the neighbors’ party last week. Vacuuming up the food. She wouldn’t have minded how much Gord ate at the party, if he didn’t think he could eat like that everyday. She forbade junk food in the house but knew he gorged on bags of chips and cans of pop at the office. He wasn’t much of a drinker, though. You had to give Gord that. Even at the party he stuck to two bottles of beer and finished the night with a virgin Caesar.

In only that one thing Gord was like Mark.

Who kept himself in shape with hockey and skiing in the winter, soccer in the summer, and jogged and worked out all year round.

Cathy had no illusions that one day she and Mark would fall breathlessly into each other’s arms, to satisfy their raging passion for each other.
She’d never run away with Mark and they’d never live happily ever after in a rose-covered cottage in the woods. No, she was stuck with boring old Gord. As long as the kids were still kids, still needing a stable home. Gord might be fat, tedious, boring, but he was reliable.

It didn’t hurt a girl to have a fantasy now and again, did it? To act on that fantasy even if only a tiny bit. To be teasing, playful, sexy. To play a game; to believe she was attractive enough to catch a man. A man as desirable as Mark.

Cathy usually got out of bed at quarter to six. Today, she allowed herself an extra forty-five luxurious minutes because it was a Saturday and the start of school vacation. Yawning and stretching, she peeked out the window. It had snowed lightly overnight, and the late winter sun cast a cold pale light on the ridge of mountains to the east.

She dressed quickly, enjoying the quiet of the house, so intense it might have been a physical thing. She allowed the silence to wrap itself around her.

Cathy washed up last night’s dishes, tidied the kitchen, and laid things out to make a fancy holiday breakfast when she got back. Then she went into the mud room, calling to the dog. She searched for her footwear, tossing boots and shoes and assorted outdoor paraphernalia aside. Finding her boots at last, she sat on the bench to pull them on and tie the laces. Standing, she pushed her arms through her heavy, down-filled coat, and wrapped the pure wool, hand-woven green scarf around her neck.

Spot danced in circles at Cathy’s feet, barely able to contain her excitement. Must be nice, Cathy thought, to approach each day as though it would be fresh and fun and exciting.

Pushing aside earmuffs and hats, she found the blue leash on a hook by the door. She snapped it on the dog’s collar and felt the strain in her arm as the small animal lunged for the exit.

Laughing, Cathy struggled to pull on her gloves.

At last, prepared for the cold, they set out.

The house she shared with Gord and their children was set on a large property nestled into the side of the mountain. Cathy and Spot waded through snow to the gate and the public trail beyond.

They turned left and walked together along the wide, well-travelled route. Her feet slipped on fresh snow atop compacted ice, but her boots were good ones and she kept her footing.

Soon the path turned into the woods and the row of neat modern bungalows with tidy gardens sleeping the sleep of winter ended, and she could pretend she was in the wilderness.

She bent and unsnapped the leash. A spring uncoiled, the dog charged into the woods.

Cathy laughed and lifted her head to catch snowflakes on her tongue. She held her arms out, delighting in the day. In being alive.

They planned to go skiing this afternoon. It would be fun if Mark was there. She’d suggest, casually, that Gord stay with Jocelyn on the blue runs and Cathy could slip away to race the black diamonds with Mark.

Just a fantasy, a little flirting. What harm could it do?

She smiled as she watched her boot press a fresh print into the pristine snow.

The woods shook with the crack. Birds flew from trees, startled cries filling the cold morning.

Spot immediately lost all thoughts of squirrels and chipmunks. Gathering her courage she hurried back to the woman. To the one she loved.

Cathy lay on the ground, face buried, the snow around her silently soaking up red liquid. Spot recognized that smell: the scent of meat before Gord threw it on the outdoor fire machine or oozing from a squirrel crushed on the road.

She sniffed at the hand. She whined and touched the arm with a paw, but Cathy did not move.