Read A Date with Fate Online

A Date with Fate 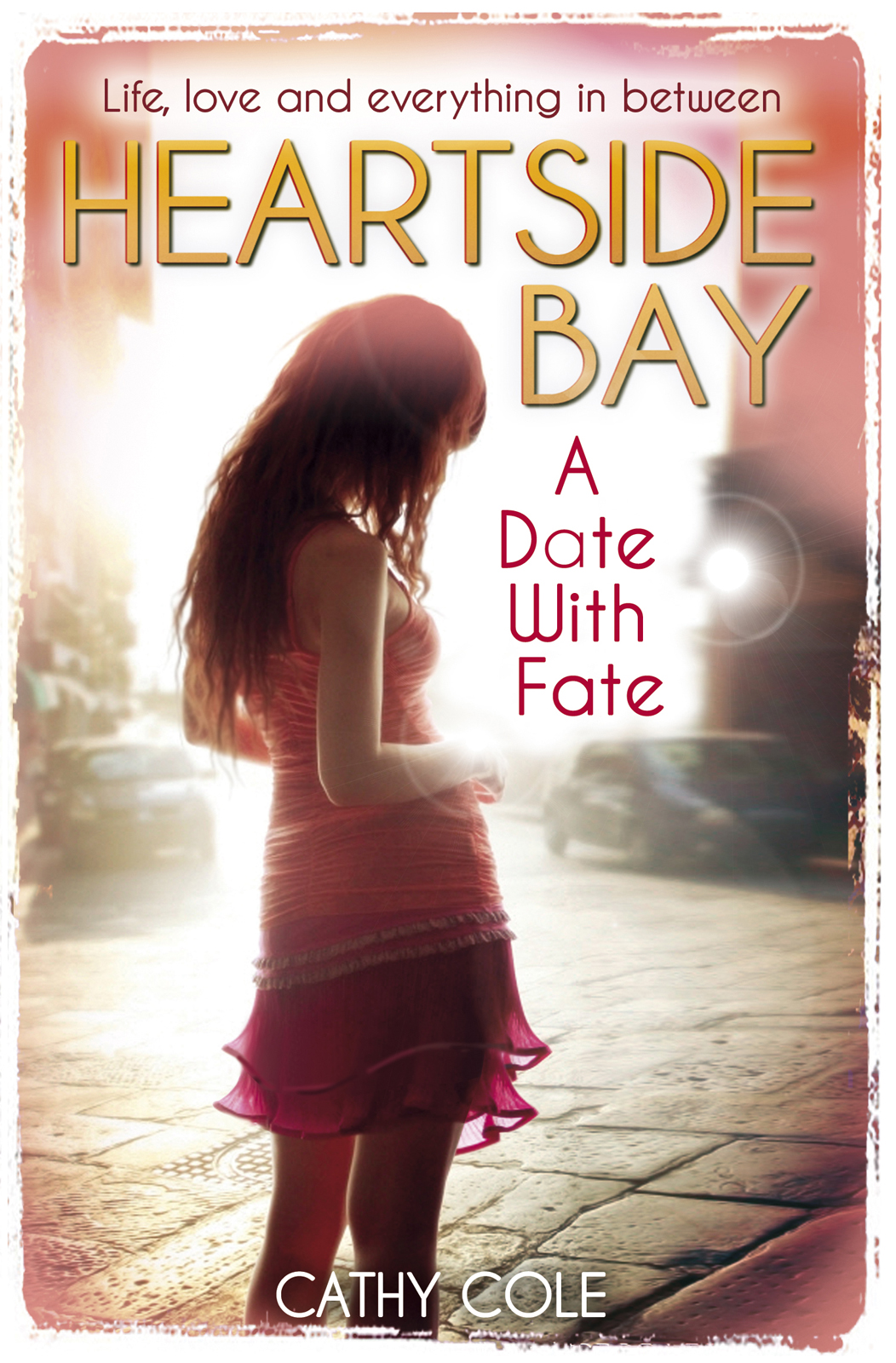 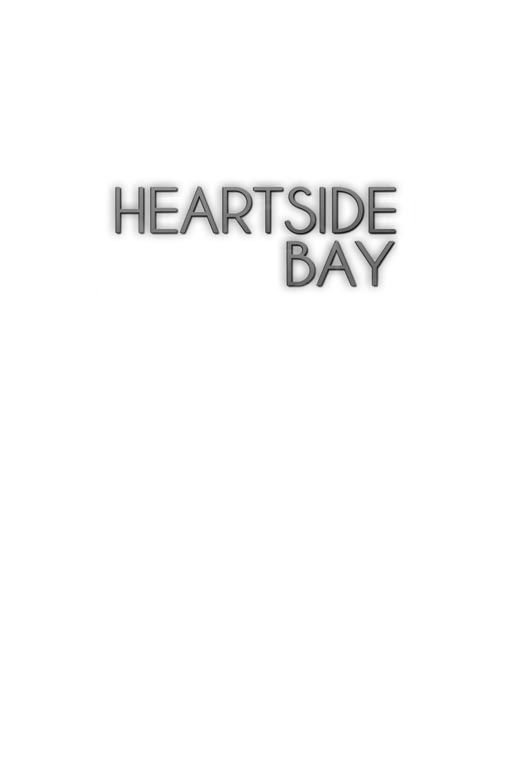 2. The Trouble With Love

3. More Than a Love Song 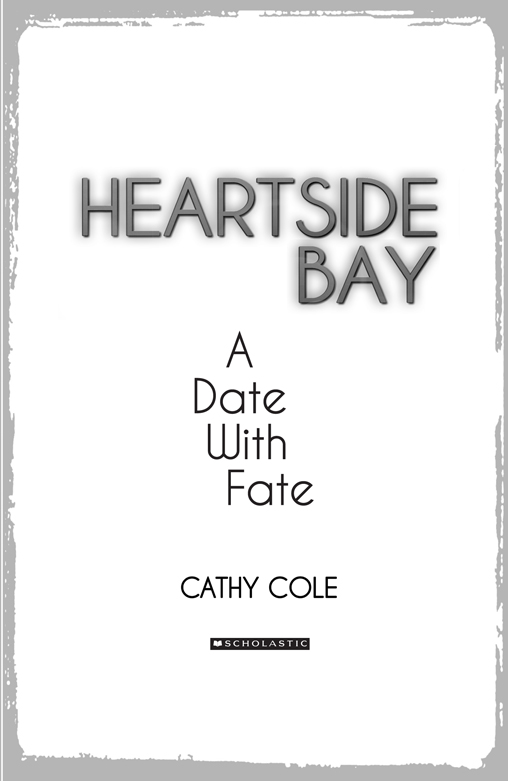 (This dedication was donated by the author)

To our lovely Grace,

you are our sunshine.

Eve Somerstown fiddled with the buttons on her seat, enjoying the way the mechanism moved her chair smoothly to the perfect position. Stretching out her toes, she admired her new shoes, turning her feet so the lights caught the gold bars on the strappy red sandals and made them gleam. She flicked through the channels on the TV in front of her, sighed, and turned it off.

Even private jets can be boring when there's no one to talk to
, she thought.

Eve's stomach twisted in the usual way. No one was talking to her right now anyway. Even if her friends had been right here on the plane, she knew they would all have their backs to her.

Turning her head, she looked at her shopping bags with their familiar Paris logos and expensive rope handles. The sight soothed her, and excitement fluttered in her stomach. She had bought some gorgeous things on this trip. She couldn't wait to try them on again in front of the long, adjustable three-way mirror in her bedroom.

How does anyone live with one flat mirror?
she wondered, pulling a little sea-blue sequinned dress from a bag and holding it up to the light, making it sparkle like the bars on her sandals. Everyone knew that a new dress had to look good from the back as well as the front.

Laying the dress on the empty white-leather seat beside her and reaching for a baby-blue-and-white striped bag with gold tasselled handles, Eve pulled out her favourite purchase. Soft as down and the most delectable shade of purple, the cashmere wrap felt as warm as a mother's embrace.

Eve's mother didn't hug her much, admittedly. But Eve knew what it felt like. She snuggled her nose into the fluff and breathed its lovely new smell. Then she stroked the cashmere, folded it, and laid it gently on top of the sparkling dress.

Her dad laid down his phone and flicked through the winking tablet on the table in front of him, his long fingers moving with speed and assurance. No one could deny that Henry Somerstown was a handsome man who looked ten years younger than his age. Eve hoped her husband would age as well as her dad had. Swirling his sparkling water gently in its glass, Eve's father glanced at her as if he had just remembered she was there. “How are you doing over there, baby girl?”

Eve snatched the moment. “Isn't this the most beautiful thing you've ever seen, Daddy?” she said, quickly holding up the sea-blue dress for her father to admire. The cashmere slithered to the carpeted floor. “They only had one left and it was in my size, can you believe it? I was totally meant to have it. Iâ”

The phone started purring. Eve's father lifted a hand apologetically, and took the call. “Mr Hong, great to hear from you. Safe trip home from Shanghai?”

Eve lowered her dress and stared out of the window, determined not to mind. It was her dad's business that had brought her to Paris in the first place, after all. She had no right to begrudge him a few business calls. She would give him a proper fashion show when they got home.

Eve bit her lip in vexation, remembering that her sister would probably be at home. Chloe knew how to wind Eve up by dancing around their dad and tugging on his hands and talking in the special baby voice that she put on just for him. Their dad fell for it every single time. Eve was as good as invisible the moment Chloe skipped into the room.

Eve took up the cashmere wrap again, from where it had slipped on to the floor. It was already losing its feeling of newness, and she saw that it had snagged on one of the sea-blue dress's sharp blue sequins. She threw it down in frustration.

Daddy loves me
, she told herself.
He wouldn't have brought me on this trip otherwise.
Did he love her more than Chloe? She had never dared to ask.

“Yes, everything's on track, Mr Hong.” Her dad's Rolex glinted in the private jet's discreet overhead lights as he checked the time and glanced out of the window at the approaching lights of the English coast. “The units are being snapped up so fast, I can hardly keep up with demand. We have some big-name labels moving into the centre as soon as the space is habitable. It's going to be extremely profitable. Worth every penny we've put into it so far, I would say. Your investment will double by the time I've finished with the Heartside Shopping Centre.”

Her dad only had to look at a project and it turned to gold, Eve thought, determined to cheer herself up. The designer names that had said they'd take a unit in his new shopping development were the best in the world. He was the most important man in Heartside Bay, and he was brilliant at his job. He knew everyone, had great parties, and loved her to pieces.

She breathed in the cashmere one more time, then dropped it carelessly back into its blue and white bag.

“Not long to go before we land,” said Eve's dad, slotting his phone into his pocket. “Have you enjoyed yourself today, Evie? I'm sorry I couldn't come to the shops with you.”

“It's OK, Daddy,” said Eve in a rush of love. “Your business always has to come first, I understand that. I'm fifteen now, I can look after myself. Paris was gorgeous. It's so beautiful at this time of year.”

“I'm sorry Rhi couldn't come to keep you company,” her dad said. “I haven't seen her around much recently. Is she still busy with her singing?”

Eve felt her chin start to wobble. Her dad looked surprised and concerned.

For one weak moment, Eve wanted to pour out all her problems. Tell her dad everything that had been going wrong in her life lately. The new girl Lila Murray stealing Ollie, the boy Eve had chosen for herself. The horrible mess-up with Rhi and Max. Eve wasn't even sure why she'd bothered to go after Max in the first place. She didn't even like him that much. Now Rhi hated Eve for trying to steal him, and Max had ended up going back to Rhi anyway. Even Polly Nelson thought she was evil, and Eve had been trying to do Polly and her mum a favour when she'd sorted out that problem with Ms Andrews! She'd saved Ms Andrews from losing her job after she'd started dating Polly's mum. Her stomach clenched at the thought of that particular conversation. She'd never make
that
mistake again. And after everything, Eve just wasn't sure who she was any more. Nothing seemed right.

Your dad has more important things to think about than your little problems
, Eve reminded herself.
He deserves a happy daughter, not a miserable one.

But the words started tumbling out before she could stop herself.

“Well, there have been a couple of things at school lately. Boys, friends. You know.”

She bit her lip before she said anything more. Her dad would be so disappointed in her if he knew everything that was going wrong. She couldn't tell him.

“But it's nothing I can't handle,” she added quickly.

Giving her father her most dazzling smile, she flicked her long auburn hair back over her shoulders. He laughed, and relaxed back against his chair.

“You know what I think?”

He had a teasing tone in his voice that made Eve sit upright.

“I think,” he said, “that it's time for another one of your amazing parties. My princess is always happiest when she's party planning. Am I right?”

Eve squealed and jumped out of her chair to give her dad a hug. Parties were her favourite thing. When she was hosting a party, nothing else seemed to matter. Her mind had already started whirling through themes, guest lists and outfits.

“Brilliant!” she gasped. “My last party was at home, so I think we should go somewhere else this time. Can I hire a venue?”

“Name it,” said her father.

Eve sat beside him, her eyes glowing with ideas. “How about one of the little islands off the coast? We can bring people over on the yacht. The weather at this time of year will be perfect! We'll have a striped beach marquee, and a barbecue. No, wait! A fire pit! We can have a Caribbean theme!” She could picture it already. “There'll be flares along the shore and a live band. It'll be by invitation only, of course. All the best parties are.”

“It already sounds legendary,” laughed her dad. “Who will you invite?”

Eve thought of Lila and Ollie, Rhi and Max, and Polly. She had a nasty feeling none of them would want to come.

“Only the best,” Eve said defiantly.

I'll just have to make it extra amazing
, she thought fiercely.
Then they won't be able to say no.

Eve settled back into her chair and clipped her seat belt together, dreaming of the perfect evening that she was going to host. It would be the best party ever.

Her dad's phone rang. He stared at the number on the screen and snatched it up.

Eve couldn't hear what the person on the other end was saying, but the voice sounded anxious. Her father's face grew thunderous.

“Sort it out, Monroe,” he snapped. “I can't have this. Do your job, or I'll have to find someone else to do it for you. Do I make myself clear?”

Eve refolded her new clothes dreamily, running through the party order in her mind.

“Damn it Monroe! This is going to set us back weeks, if not months. Do you have any idea how much a delay like this will cost me?”

Her dad's voice was rising. He could be really fierce sometimes, Eve thought, feeling a little sorry for the person on the other end of the phone.

Eve's dad loosened his tie with a quick, angry movement. “If this isn't sorted by the weekend, it's not just your neck that will be on the line, Monroe. You'll be hearing from me. This isn't the last of it.”

To Eve's astonishment, her dad threw his phone down so hard that it bounced off the seat to the floor. From the sound of things, there was a serious problem.

Eve dismissed the thought as soon as she'd had it. There couldn't be a problem. Her dad was always a success. Everyone knew that.