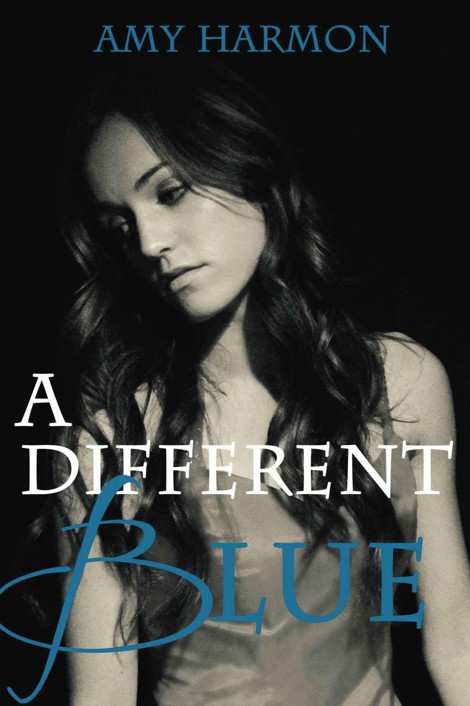 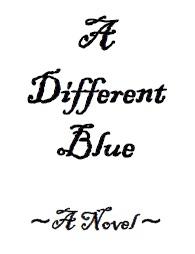 I’ve always known who I am.

The heat was stifling, and the little girl tossed in the back seat. Her face was flushed, and the blanket she laid on had ridden up and her cheek lay against the plastic seat. She slept on, seemingly unbothered. She was amazingly resilient for such a tiny girl. Didn't cry often, didn't complain. Her mother rolled down the windows all the way, not that it helped all that much, but the sun had gone down and it no longer beat against the car. The darkness was a relief, even if it was still over 100 degrees outside, plus it made them less conspicuous. The air-conditioner worked well enough as long as the car was in motion, but they had been sitting in a wedge of paltry shade watching the truck for two hours, waiting for the man to come out.

The woman behind the wheel bit at her fingernails and debated whether or not to give it up. What would she say to him? But she needed help. The money she had taken from her mother hadn't lasted long. Ethan's parents had given her $2,000, but gas and motels and food ate it up quicker than she would have ever believed. So she'd done a few things along the way she wasn't proud of, but she rationalized that she did what she had to do. She had a kid now. She had to take care of her, even if it meant trading sex for money or favors.
Or drugs,
a little voice whispered inside her head. She pushed the thought away, knowing she wasn't going to last long. She needed another hit.

She had come so far. She couldn't believe she had ended up here, not that far from home. A few hours is all. And she had been halfway across the country and back with nothing to show for it.

Suddenly, he was there, walking back toward the truck. He pulled his keys from his pocket and attempted to unlock the passenger door. He was met by a scruffy grey and black dog that had been sleeping beneath the vehicle, waiting, like she was, for the man to return to his truck. The dog circled the man's legs as he jimmied the handle back and forth. She heard the man curse under his breath.

“Damn thing. Gonna have to replace that handle.”

The man managed to yank the passenger door open, and the dog leaped up into the seat, confident of his place in the world. The man shut the door behind the dog and wiggled the handle once more. The man didn't see her watching him. He just walked around the front of his truck, climbed in behind the wheel, and eased the truck and trailer out of the parking space he had occupied for the last few hours. His eyes slid right over her as he rumbled past, not pausing, not hesitating. Wasn't that just typical? Not even a second look. Not even a second thought. Anger welled up inside her. She was tired of being looked over, passed by, ignored, rejected.

She started her car and followed him, keeping far enough back that he wouldn't get suspicious. But why would he? He didn't even know she existed. That made her invisible, didn't it? She would follow him all night if she had to.

The call came in just before four o'clock in the afternoon, and Officer Moody was in no mood for it. His shift was about to end, but he told dispatch he would respond and pulled into the parking lot of the Stowaway. If the name was an indicator, only stowaways would want to stay at the dumpy motel. A neon traveler's trunk with a head poking up out of the lid fizzled in the afternoon heat. Officer Moody had lived in Reno all of his twenty-eight years, and he knew as well as anyone that a good night's rest wasn't the reason people frequented the Stowaway. He heard the wail of an ambulance. Obviously the desk clerk had made more than one call. He had had a gurgling gut ache all afternoon. Damn burritos. He had wolfed them down gleefully at noon, loaded with cheese, guacamole, shredded pork, sour cream, and green chilies, but he was paying for it now. He really needed to go home. He desperately hoped the desk clerk was wrong about the guest in an upstairs room and he could wrap things up quickly and be done with the day.

But the desk clerk wasn't wrong. The woman was dead. No mistake. It was August, and she had probably been closed up in room 246 for 48 hours. August in Reno, Nevada was hot and dry. And the body reeked. The burritos threatened, and Officer Moody, without touching anything, made a hasty retreat, telling the paramedics hurrying up the stairs that they wouldn't be needed. His supervisor would have his head if he let them trample all over the scene. He closed the door to room 246 behind him and told the curious desk clerk that police would be swarming all over the premises and that they would need her assistance. Then he called his supervisor.

“Martinez? We've got a woman, obviously dead. I've secured the scene. Paramedics have been turned away. Requesting assistance.”

An hour later, the crime scene tech was snapping pictures, police were canvasing the area, questioning every guest, every nearby business, every employee. Detective Andy Martinez, Officer Moody's supervisor, had commandeered the surveillance camera. Miracle of miracles, there actually was one at the Stowaway. The coroner had been called and was en route.

When questioned, the desk clerk claimed they had not been renting out the room because the air conditioner was broken. Nobody had been in or out of the room for more than two days. A repairman had been scheduled, but fixing the air conditioner had not been a huge priority. Nobody knew how the woman had gotten into the hotel room, but she definitely hadn't signed in and used something as helpful as a credit card to pay for her stay. And she didn't have any ID on her. Unfortunately for the investigation, the woman had been dead for two days or longer, and the hotel wasn't one that attracted long stays. The Stowaway sat just off the freeway on the outskirts of town and whoever may have seen or heard anything from the night she had died was no longer at the motel.

When Officer Moody finally made it home at eight o'clock that night, he felt no better than he had earlier, and they still hadn't made an identification of the woman found dead with nothing with the clothes on her back to guide the investigation. Moody had a bad feeling about the whole thing, and he didn't think it had anything to do with the burritos.

“Any luck making an ID?” Officer Moody hadn't been able to get the woman out of his head. It bothered him all night. It wasn't his case. Patrolmen didn't head investigations. But Martinez was his supervisor and was willing to share, especially when the case seemed to be coming to a rapid close.

“You mean she died on her birthday?”

“That's what the coroner says, yeah.”

“Drug overdose?” Officer Moody didn't know if he'd get an answer on this one. Detective Martinez could be pretty close-mouthed.

“That's what we thought. But when the coroner rolled her, the back of her head was bashed in.”

“Ah, hell,” Officer Moody groaned. Now they were looking for a murderer, too.

“We don't know if it was the drugs or the head wound that finished her off, but someone tried to do the job. It looked like she'd taken a little bit of everything from some of the paraphernalia at the scene. She probably had enough crap in her system to down an entire cheer leading squad,” Martinez was forthcoming.

“Yeah. She was a cheerleader at a little school in Southern Utah . It was in the police report. She apparently shared some Ecstasy with her teammates and was caught and charged with possession. Only reason she wasn't locked up was because she was a minor and it was her first offense. And she was sharing, not selling. We've touched base with local authorities there. They're going to notify the family.”

“You get anything off the surveillance tape?”

“Yep. Just as plain as can be. We have her walking into the lobby about midnight and climbing through the reception window, over the front desk, right into the office area. Desk clerk claims she usually locks everything up when she has to step away from the desk, but she had the stomach flu and rushed to the bathroom without buttoning things up.” Officer Moody thought briefly of his bout with the burritos as Martinez continued.