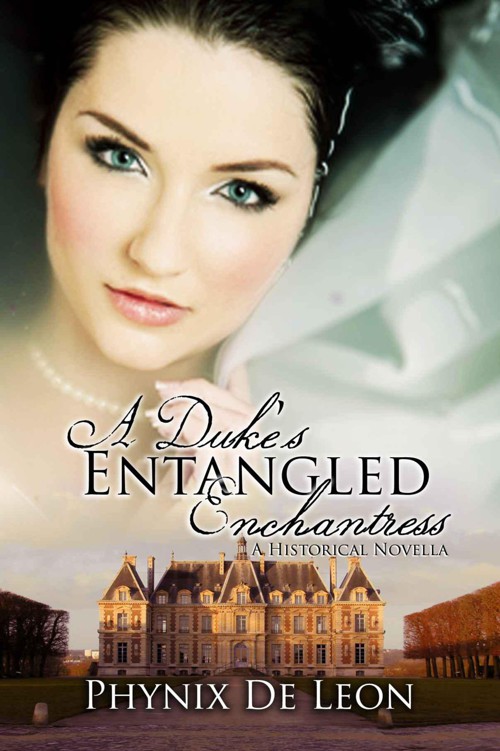 The rain this afternoon was making what could have been a rather good day a dismal one. On top of that the Duke of Bedford had just been given news that he hadn’t wanted to hear. His younger brother by two years had just perished in a racing accident and had left the him with a rather large sum of debt to take care of; a debt much like their father’s that had taken the family under. However this time he was unsure if he could dig himself out a second time.

With a heavy sigh he looked to his solicitor. “Are you sure there is no other way around my brother’s foolishness?”

The tall thin man cleared his throat and started to shake his head, but stopped suddenly at a remembered reminder. “You brother had told me that grand race coming up at the end of this summer would have a pot so large it could pay off all his debt and then some. However, Your Grace, the only horse that could have won such a race…”

“Happened to be the once my brother had the accident on.” The duke slammed his hand on the desk. “Foolish boy, what had he been thinking? We have no horse to race, and to win a race such as that once we need one bred to win it.”

The tall man cleared his throat. “If I may, Your Grace, I may know of such a horse, but to obtain him would be almost impossible, he is selling for a rather large some.”

The duke grasping at straws asked, “Where is he located and what man owns him?”

“The horse, milord, is in America and the owner is a lass not a man. She and her father co-own one of the best breeding facilities in the racing world. They live in the center of horse country in Kentucky,” the man winced slightly as he said it.

“What is the price on this horse that seems worth so much?” the duke asked evenly, if he played his cards right then he might be able to afford it.

“Marriage, Your Grace, to the daughter is his price. The horse is only one part of the deal, however if you wed the girl you will own half of the property and half of his railroad rights in America. The man is a millionaire, you could be set. I know that marriage is not quiet in your mindset at the moment, but everyone within your circles already knows that thanks to your father and brother, all you shall have left is the title. Unfortunately there are not many choices for you at the moment, milord.  You may use the rest of your assets to pay your brother’s debt, but you would be left with little to start over from.”

The duke leaned back in his high winged chair and looked about his office that had belonged to all forty-eight dukes before him in his father’s family. Could he trade his pride to marry for money or could he leave his younger sister to fend for herself?

Pride it must be and his brother be damned!

“Write this man right away and tell him I am offering for his daughter. If all goes as planned I shall go and retrieve her and the horse within a month’s time. Prepare the papers. How long until the loans must be paid?”

“Your brother’s loan will run out in four months, after the race, and then all must be paid. I wish you the best of luck, milord.”

“What do you mean, you made out an offer?” I snapped at my father. “You didn’t think you could find anyone who wanted half the ranch and the railway just to marry me!?”

My father looked at me shamefaced. “You are going to be twenty-one! All the other girls you played with grew up and are already married, some with kids. It what your mother would have wanted!”

“Well she’s been dead for almost fifteen years, so what she wants doesn’t matter. It’s what I want that matters! I do wanna get married Pa, you know that. My life is here with you and the horses. Hell I made this ranch into the place it is today with my breeding program.”

Pa came over to where I had sat down on the bench and place a hand my shoulder.

“It was after your accident that I posted the ad around, I never thought one would answer to be honest. You still won’t get up on a horse since then and I figured it was time you moved on. Every young woman deserves to get married and have a family.”

My shoulders sagged at the reminder of the accident that happened last year. I had been training one of our best new stallions when a mountain lion had gotten in the pin and took the horse down with me on its back. My leg had been crashed from the fall and it had taken half a year to heal before I could even start to learn to walk again. I could walk, but it hurt if I went too far.

“Pa, no one is gonna want a wife with scars,” I mumbled.

“Shoot, a man can look passed scars for a pretty face and a huge heart. Just like your mother did for me,” he said softly.

I sighed seeming how he was mostly right; maybe it was better if I moved on. Maybe marriage could be the answer to a better life.

“Alright, who is this man that answered your post?” I asked, standing up.

“A duke,” my Pa said with a grin, “from England, if you can imagine that!”

I sat back down, hard.

Maybe not after all.

Never in his life had ever had to go through so much trouble just for one woman, but he had to keep in mind that this was not only
for this woman, but his sister and for the family name. But it was only ironic that his family name would not be dragged through the mud, but he would as well it so happened. Be dragged the mud that is and by his horse no less. His butler had not been jesting when he had told His Grace to enjoy the wilderness of America; now with some small amount of humor he realized that his butler had been teasing him.

Now he also had to put up with the bugs that came with the weather that would put an English summer to shame and it was only early spring here! He had been traveling on horseback and on a river boat now for almost three weeks and he wary and ready for a rest. Why had England wanted this god forsaken place in the first place, he didn’t know, but for all he did know was that the bloody Americans could keep it. Grasslands, swamps, and mountains all in abundance. He was a man who enjoyed nature, but this was utterly ridiculous!

Now he was slowly walking his horse through a thick patch of mud when the sound of a hundred thundering hooves struck the ground in the field across the river on the other side.

“Who’s horses are those,” the duke asked his guide who was a few feet ahead of them.

“Those horses belong to one of Miss Black’s wild herds, with the way they are moving I bet she isn’t that far behind. She picks two of em’ a year for training and breeding into her father’s breeding stock. She’s young but she’s got a great breeding plan.”

“Yes, sir. We’ve been traveling on Black Creek land for the past few days; I figured that’s where you was wanted to go.”

“It is,” he said slowly. But
Ms. Black
was the one out following the horses? “Did you say a Ms. Black?”

“Why yes I did, her Pa, Mr. Black is busy at the ranch, its selling time for horses right now, and he got the finest to be seen anywhere. Envy of all the others I dare say, no one’s got a breedin’ program so fine.”

Surly the Ms. Black out with the horses wasn’t the lady he was going to marry; maybe it was a cousin or a sister, for he had been told she would make the ideal wife of a duke. One who was smart, clever, and beautiful and had a cunning head on top of her pretty shoulders, a true lady.

Shaking his head he followed his guide until they were clear of the mud.

His guide smiled at him and shook his hand. “It’s been real great taking you out here sir, but this is where I leave ya. Follow this here road on the other side of this meadow and you should be there in a few hours.” And without farther ado the man swung up into his horse’s saddle and rode off in the other direction he had pointed out.

The duke stared at him open mouthed and let loose a growl of frustration. He stomped about until he cooled off then mounted his own horse and started off. He could do this, he was a duke after all, he told himself.

“Sir are you alright?” asked a sweet voice from up over him. He opened his eyes only to have rain fall into them, so he blinked it away to get a glance at the most beautiful woman he had ever seen with a mass of long curly raven black hair that fell to her waist and bright green eyes staring at him with concern in a heart shaped face.

“Mister, do you need some help?” she asked again.

His chest hurt from the fell off his horse, but he tried to speak. “Horse…got scared by…fell…” and then all went black.

I had just finished picking out the two foals from the group this year to be coming back to the ranch when I had spotted a man lying on the ground near the Old Well in the rain. The man was tall, his wet hair a beard seemed to be black, and he looked like he had been chewed up and spit back out a few time. Poor fellow must had taken a wrong turn to get lost on their land. Looked as if his horse had thrown.

Now if only I could get the man to wake up long enough to get him back to the ranch house so I could treat any wounds that he may have suffered.

Bending down I slapped his face a couple more times and his eyes finally opened, blinking in the rain.

Suddenly as his sharp grey eyes found mine I felt my breath catch in my throat.

“Mister, come on, we go to get you up and out of here before night falls. There have been a few mountain lions spotted near here recently.”

The man struggled to sit up and with all my might I pulled him up along with me.

“My name is Grayson, my lady,” he wheezed a little bit.

I felt my grin slip right off my face. Dear god he had an accent and not just any accent, he was British. And there was a good chance this was the man who was going to be my husband within a few months.