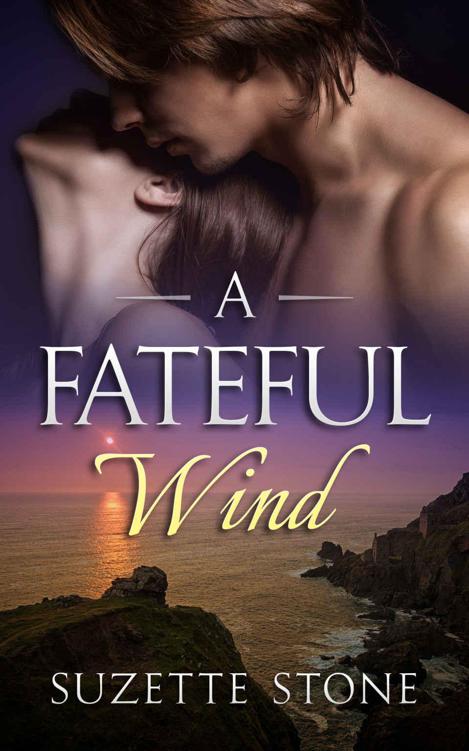 All rights reserved. No part of this book may be reproduced in any form or by any electronic or mechanical means – except in the case of brief quotations embodied in articles or reviews – without written permission from its publisher.

The characters and events portrayed in this book are fictitious. Any similarities to real persons, living or dead is purely coincidental and not intended by the author.

The sound of the laughter and noise of the party below faded into the distance as Lady Emmeline stepped out onto the ivy laced balcony. She lifted her chin to feel the warm Midsummer Eve’s breeze on her face. Her cheeks still burned with the humiliation of overhearing the Countess of Devon’s revelations to fellow party-goers about Lord Penrose. Emmeline knew well of her husband’s infidelities. However, she hoped he had the decency to keep it well hushed from the public and the well heeled members of the aristocratic social circle she moved in. She could have strangled that gossiping countess who sat there like a rotund swine, guzzling Emmeline’s imported food as though it were going out of fashion.

Emmeline sighed and surveyed the garden that stretched in front of her. The scent of honeysuckle penetrated the balmy night air, sweetening the Manor House, a home all too often mired in sarcasm and hatred. Her married life was far from perfect, but at her age trying to ignite the passion she and Lord Edwin never shared seemed futile. At times it seemed far easier for Lord Edwin to receive his comforts from the well stocked bosom of one of their servant wrenches rather than Emmeline herself. She never embraced the art of making love. Instead, she found far more pleasure in throwing lavish parties and ensuring her and her husband topped the list of social circles all over England. For her husband to go and tarnish their image now with his blatant philandering was unforgivable.

A knock sounded at the door as Emmeline’s personal servant entered.

“My lady, the Countess of Devon is requesting more wine.”

“You mean it’s all gone?” It surprised Emmeline even the glutinous countess could consume so much.

Emmeline rolled her eyes, surveying the beautiful young girl in front of her. She wondered if her husband had taken advantage of the creamy white flesh, the young pert bosom and the flock of jet black hair Jenna Penworthy kept hidden under her servant’s cap. Possibly so, but then Jenna Penworthy didn’t strike her as the type to succumb to her masters wishes in that respect. Her eyes held a certain innocence that didn’t appear as though she had let any man, let alone Lord Edwin, deflower her. Emmeline knew her young servant would marry her child sweetheart in less than a month. Trystan Trezies was indeed a lucky man for Jenna encapsulated the dark hair and piercing blue eyes Cornish women were renowned for. No, she hoped, with any luck Jenna Penworthy had been spared from her husband’s rambunctious philandering.

“Jenna. Please let the countess know Lord Edwin is retrieving a delicious vintage from his cellar, which I am sure she will find most appetizing!”

Emmeline poured herself a stiff brandy and splashed her face with water. She needed to pull herself together and put on a brave face. God knows it was a face she presented many times in the past. She was a creature who spent her whole life in the public eye, having been reared from one of the wealthiest landed aristocratic families in Cornwall. She would not allow some disparaging countess to darken her reputation. This was after all her home, her party, her county. If the Countess of Devon thought it humorous to spread malicious gossip then she was a fool and severely underestimated Emmeline’s power within the aristocratic social scene of England. Feeling better, Emmeline smoothed down her hair. She took another swig of brandy and made her way to find her lusty husband. She knew just where to locate him.

Penrose Manor was a medieval masterpiece, a remnant from the days when pirates swept the Cornish coast. A cunning labyrinth of hallways, cellars and secret passageways led deep underground. One such passageway had been built as a haven for the smuggled booty that came in from treasure laden ships during the Tudor period of Elizabeth. The narrow passage led deep beneath Bodmin Moor, opening up in a mysterious cave at Porthcurrnow Cove where the Atlantic rollers brought in many a ship laden down with contraband. She loved the history her ancestors held at Penrose Manor. Although unused, she made sure the secret passageway never fell into decay.

As she made her way down one such passage, Emmeline heard her husband before she saw him. The grunts sounded muffled from behind the thick oak doors, but she knew what those particular grunts entailed. Normally she would have waited for him to emerge, innocently of course, from his favorite hobby, but tonight she was in no mood to play artificial games. With a forceful knock, she opened the heavy door where the repulsive vision of her husband greeted her. The swine lay spread out on the bed like a stout bull terrier, the sweat pouring off his purple rotund face, whilst he tried in earnest to keep up with the two young maidens sprawled naked on either side of him. He sat up in shock as she stood calmly at the edge of the bed. The two servants screamed and reached for their clothes, rushing past the aloof mistress of the house.

“Two this time, Edwin?” Her voice calm, she fixed an icy gaze on her groveling husband. "My, my, wherever do you get your energy?”

Jenna stared into the night sky. The moon appeared from behind a cloud, illuminating the moorland pathway in front of her. Many a night she walked the well worn pathway across the barren moors from Penrose Manor to her home in the miners cottages. She never normally felt afraid. She knew this part of Bodmin Moor like the back of her hand, knew to stick to the pathway to avoid the bogs which claimed many a drunken tin miner. However, tonight she was filled with an apprehension that startled her and she walked faster than normal across the granite dotted landscape. The
ragged mount of Sharptor towered against the moonlit sky. It seemed imposing in the darkness as it cast an almost foreboding shadow over the village below.

Jenna sighed, wrapping her shawl tighter around her shoulders, shuddering as the cool night breeze whipped around her petite frame. She tried to understand why she felt so uneasy. The party at the Manor seemed to go well, except for Lady Penrose retiring halfway through to her bedroom. She pondered whether Lady Emmeline knew what a scoundrel her husband was and how he made Jenna feel so uneasy when he gazed lustily at her. She often felt perplexed at the odd couple the Lord and Lady made. Lady Emmeline conveyed a kindness and refined taste, whereas Lord Edwin emanated the savagery of a tyrant, bullying all bound to him in servitude. For the female servants, his bullying transgressed into matters of a sexual nature, whereby he quelled his lusty appetite by forcing his way into the bloomers of many a young maiden. Jenna felt lucky to have thus far escaped Lord Edwin’s desire. But she knew she couldn’t fend him off much longer. As she carried out her chores, awareness of his perverse gaze caused the hairs on the back of her neck to stand up in fright.

As the miners cottages came into view, relief washed over Jenna’s body. The familiar flicker of the fireplace shone through the window, but Jenna felt a brief moment of sadness. Soon she would be leaving this house and her girlhood behind her to marry Trystan. Could this explain her sudden feeling of apprehension? She felt as though she were saying goodbye to her freedom by marrying a man she had known all of her life. What had she seen of other men and, more importantly, what had she seen of the world? She knew of little beyond this small part of Cornwall, except for what she discovered during occasional outings to Plymouth or Truro. She tried so hard to quell the wildness making her eager to escape the small rural village she had called home for the past eighteen years. She yearned for adventure. Instead, she was heeding her father and her sister's wishes by marrying Trystan and joining the other wives in the tiny tin mining village. Jenna felt anxious she would wake up in forty years and be in the same place, doing the same thing without feeling the excitement of living a life of adventure. But she loved Trystan. At least she thought love was supposed to feel like this.

She remembered the first time Trystan kissed her. Jenna had sensed his nerves as they walked across the moorland down toward the valley where the river camel meandered its way through the Tamar Valley. It was harvest time and celebrations were a plenty as the crops were industriously packed up and stored in barns for winter time. The fields were scattered with bales of hay, crisp and golden lit by the autumnal sun. Sheep grazed the meadows, growing out their coats of wool in time for winter. The springtime foals, which once danced with an uncertain foot, now galloped boldly across the dells.

Trystan, his eyes not making contact with her, turned to face her, as he whispered how much he loved her, how he longed to marry her, how he wished to make her his wife. Then he kissed her, timid at first, his lips barely grazing hers until the passion he once kept hidden within his heart burst forth and his lips hungered after hers with a fervent desire. Oh, how Jenna wished she could still feel the way she did that day as he held her face between his hands and sent her heart soaring for the clouds. Where did that fire go? Why, all of a sudden, did she feel as though she were embarking on a journey leading to heartbreak and doom?

She lifted her hand to her throat. Her fingers searched for the locket her mother had thrust into her small hands as she lay by the lake fighting for her life. She felt the etching of the rose on the front, worn down over the years. Opening it, she saw her mother’s beautiful face looking back as though she were still alive and still there to help her daughter in a way only a mother could. She noted the turquoise eyes, so reminiscent of her own, gazing deep into her, questioning, searching, and understanding.

"Oh, mother," Jenna pleaded, searching the stars above. "Please help me to do the right thing. Please, just send me a sign, something, anything to help me love Trystan as passionately as I once did. Please mother, help me banish these stupid wanderlust thoughts I have and learn how to be a good wife and mother just as you were to father and me."