A Grey Moon Over China 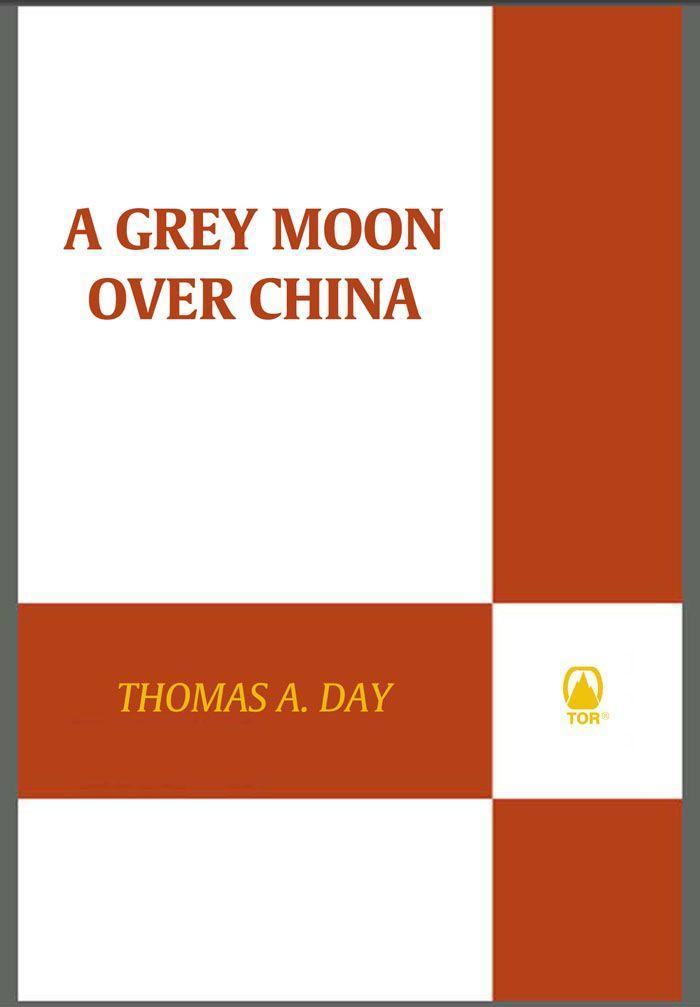 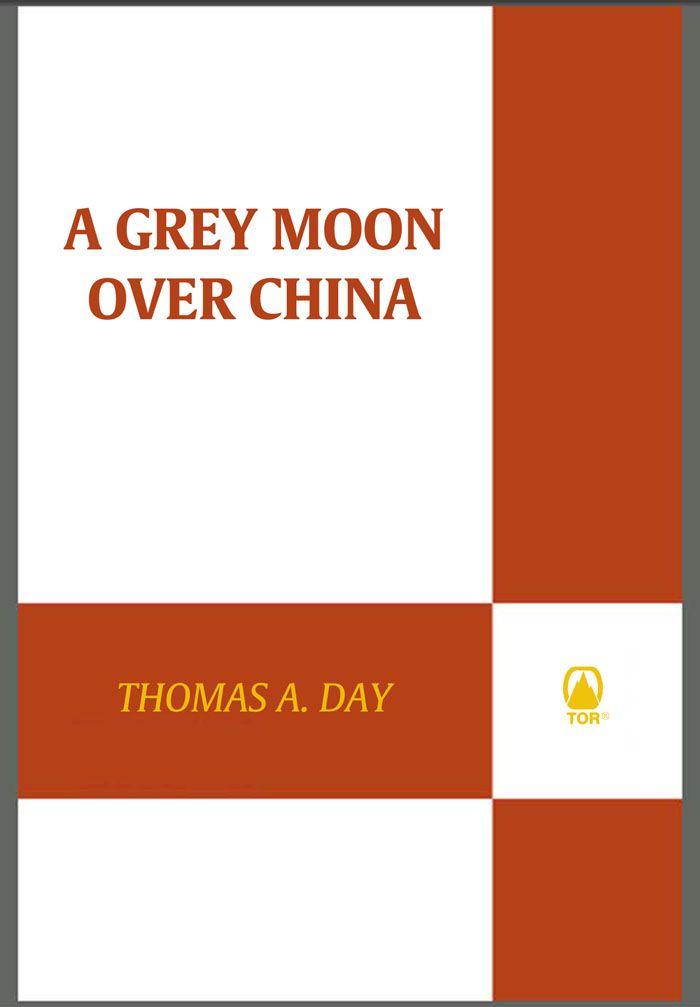 A GREY MOON OVER CHINA

A grey moon over China / Thomas A. Day.

for Stephen and Alexander,
who are on every page

I
opened my eyes suddenly, startled out of my half-sleep. For a moment I thought it had finally started to rain, but the clouds still waited outside the window, patient and grey as ever.

I’d been lost in an old man’s reverie, I suppose, sitting at the table and thinking about my encounter the day before. I’d written little that morning, in any case. The highland skies were low and the air was cool, and the winds shifted uncertainly out of the east. It was difficult to concentrate. It felt somehow as though the wars were finally just over the horizon, ready to crash through the leaden clouds and into my life again with all of their thunder and blood.

But, no, it remained peaceful. Like the meadow outside, the house was still. When I listened closely I could hear the whispered tick of the brass clock beside me, counting out the passing of its own morning. The kettle sputtered on the stove.

Yet it wasn’t the kettle that woke me. It was a sudden and unwelcome memory of the drones. A memory of the quiet machines we’d sent long ago to chart these worlds, the faceless, pilotless ships that had drawn us after them into the darkness. The ships that had vanished into space without a trace in the end, without a whisper of their intentions, as though to mock the very dreams that had made them.

On that chilly morning on the Bolton Uplands, of course, those dreams seemed far away and inconsequential. Our triumphant leap to the stars had given way long before to despair, had left in its wake a civilization exhausted and broken, ravaged by the wars that would not end.

Until that morning, however, I hadn’t thought to question who was to blame. I’d always thought it was Polaski. But I was no longer sure, and the doubt left me a little afraid.

I
took the kettle off the stove, and the room was quiet again. Nearby I found my cup, filled with cold tea and forgotten. In among the tins and packets the old cat from the barn sat with his back straight and his eyes closed, rocking almost imperceptibly back and forth. His peculiar green eyes opened just enough to watch me fumble with my tea, then closed again, leaving me to my uncertain steps back to my chair.

My bones ached from the years in the fast ships, and I’d come to limp a little. My heart faltered in the thin air sometimes, although I worried more about what would happen to me when the wars came. Still, if I was to have any time at all, the purpose to which I had put myself and which lent urgency to the otherwise desolate passage of my days was to leave a true record of the events that had led up to the wars.

It was to work on that record that I sat back down at the table. The steam from the tea gathered on the window, making my reflection difficult to see. It was the reflection of an ordinary man, a man born by the side of the road in the winter of 2009, carried north on his mother’s back in the opening years of a dying century. The face had the dark look of my Aztec ancestors, lined and grey with stubble. The eyes were black and wary, the hair close-cropped. The hands were coarse and bent, and the fingers trembled a little as they lifted the tea to my lips.

Yet my pen lay unused on the paper. Early that morning I’d taken my cane and walked down to meet the dairyman’s cart, stopping only to look briefly at the grave by the side of the path. At the road I’d waited with the woman who lived across the way. We stood together and stamped our feet in the chill, peering into the gloom for a sign of the horses. She remarked on the blackness of the sky and said it felt to her, too, like an omen of the coming wars. She didn’t say that it troubled her, but I saw the flicker in her eyes and the old hands worrying at her buttons, and I knew that she was afraid. She asked why the wars should come to such a quiet place, a place that wanted only to be left in peace.

Walking back up the hill carrying my parcels, I stopped to catch my breath and listen to the silence after the crunching of my feet on the gravel. She’s like the rest of us, I thought. We pursue our own solitary passions and seldom look up, seldom sense that it is we ourselves who form the swelling flood of history, the dark constellation of events we would sooner lay at the feet of others. Until the storm finally gathers, and then we look up and we grow afraid, and we say: This is not what I intended.

And yet, even then, I thought, we do not act. Even then we hesitate, and always for too long.

I turned to look back down the hill and watched the woman walking away, and it was then when, very much to my own surprise, I raised my cane and called out to her, beckoning her to wait.

N
ext to the table was a metal bed where I took what little sleep would come to me. I spent much of each night sitting on the edge of that bed, looking into the embers, and I awoke a little earlier in the mornings than I would have liked.

Some of those mornings, restless in the last moments of sleep, I dreamt about Polaski. I saw his expressionless eyes watching me, and I awoke with a start, struggling for the breath to curse him one more time.

But sitting at the table on that grey morning with a fear of the real truth growing in my chest, Polaski’s face became hard to remember. A man whom I had charged and condemned a thousand times seemed to shimmer in my memory and fade, then disappear without a sound like a child’s soap bubble. I was left in that quiet room under the lowering sky, alone with my story.

To begin the story I tried to think where in all those years there’d been someone whose words might lend it meaning, someone stronger and wiser than I. But in the end I was sure there was no one. No one had understood; no one had seen.

Still, as absurd as it seemed at the time, my thoughts in those few moments returned again and again to Pham. Had I still believed in my own innocence I would have dismissed the idea with a kind of disgust, but as I watched my hand begin its labor across the page, as I listened to my breath rattle in my chest, I knew that this would be Pham’s story.